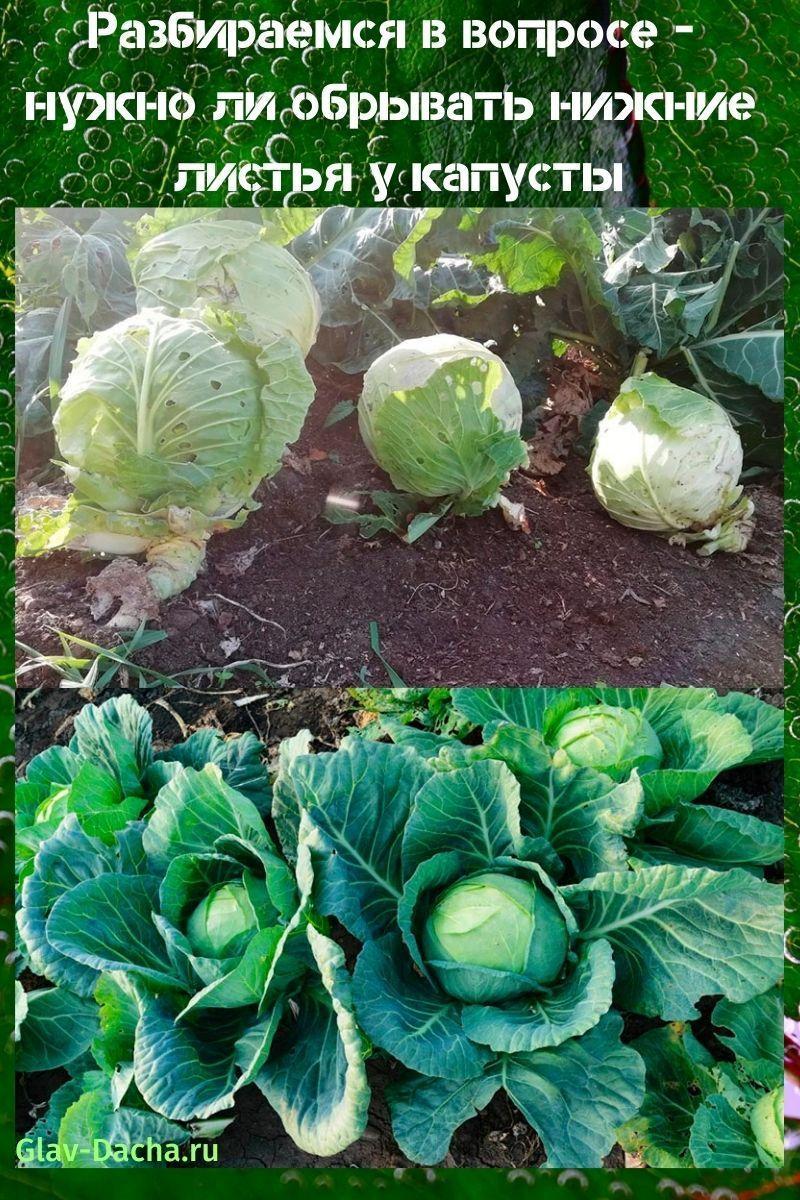 Ermoshka sits on one leg, and he is wearing a hundred clothes – even kids know the answer to this riddle. But adults are still wondering why the lady of the garden needs so many outfits. And is it necessary to pick off the lower leaves of the cabbage? Let’s take a closer look at the cabbage wardrobe.

Why does a head of cabbage need lower leaves 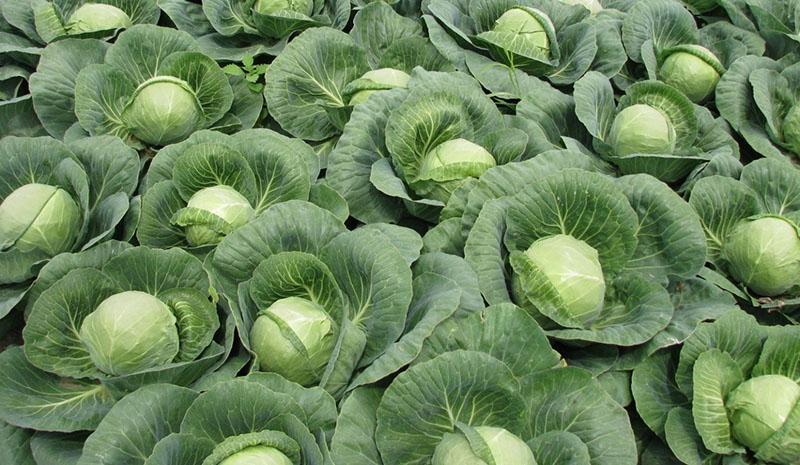 In any plant, the fruit is tied only if it has grown a sufficient leaf mass. The leaf is an irreplaceable organ in which complex processes of photosynthesis, gas exchange, evaporation of excess moisture and the accumulation of substances necessary for fruiting and seed formation take place.

If you cut off all the unfolded leaves of a young cabbage bush, the process of head formation will be greatly slowed down. The plant will slow down development and begin to accumulate strength for the growth of new leaves. As a result, the head of cabbage will curl later than its neighbors in the garden and by the fall will not be able to grow solid sides.. 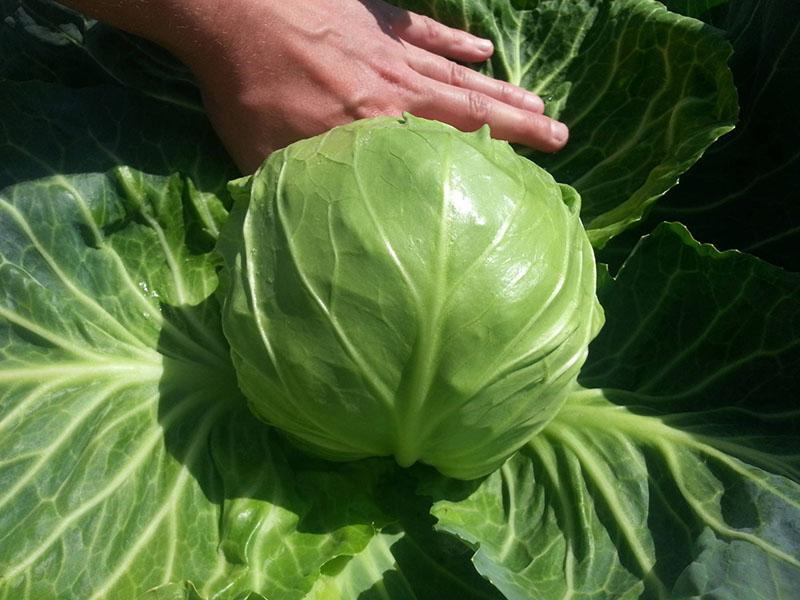 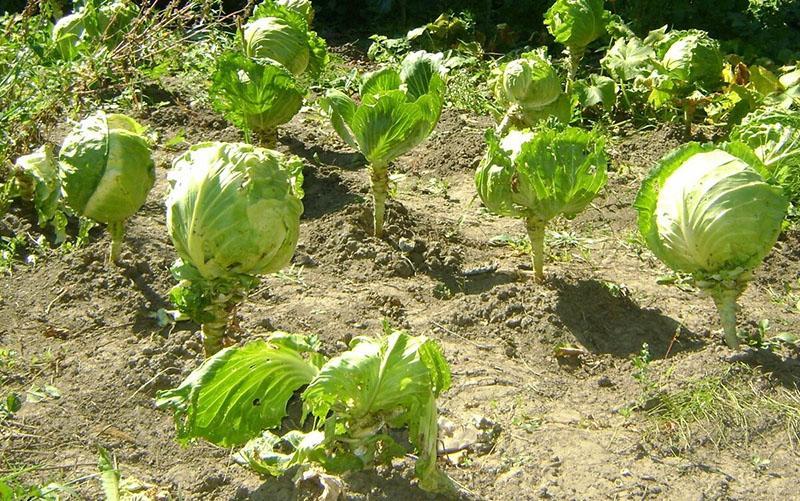 One half of the gardeners urges to remove “all unnecessary” from the pouring forks, explaining this by tradition. The other half asks a reasonable question and even sets up experiments that confirm that heads of cabbage with a full set of leaves feel no worse than their trimmed counterparts. Let’s analyze specific cases.

Old leaves with signs of disease

Most often, the death of the lower leaf plates is caused by vascular bacteriosis. The disease is carried by wind and pests. The pathogen penetrates into plant tissues and affects blood vessels. A characteristic sign of vascular bacteriosis is foliage with yellow and dry brown spots..

Dead plant parts really need to be removed by burning or removing from the site. But it is impossible to defeat the disease by such measures, because the harmful bacteria has already penetrated deep into the tissues. Affected specimens are dug up, since over time the head of cabbage becomes completely inedible..

Removing dead parts can reduce the number of pathogens and prevent infection of other bushes, but not cure plants.. 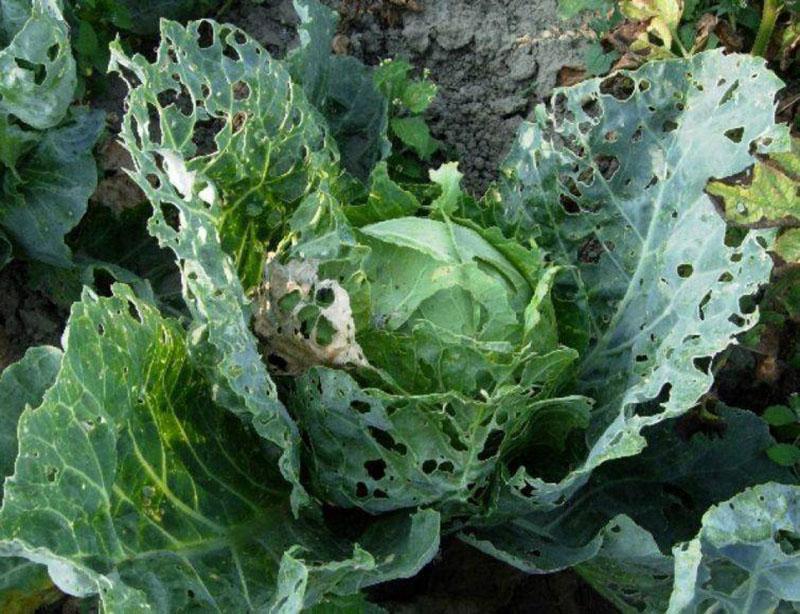 A juicy vegetable is loved not only by gardeners, but also by various caterpillars, cruciferous flea, slugs. Do I need to pick off the lower leaves of the cabbage to ward off gluttonous pests from the garden? After all, the head of cabbage itself is much tastier and more tender. 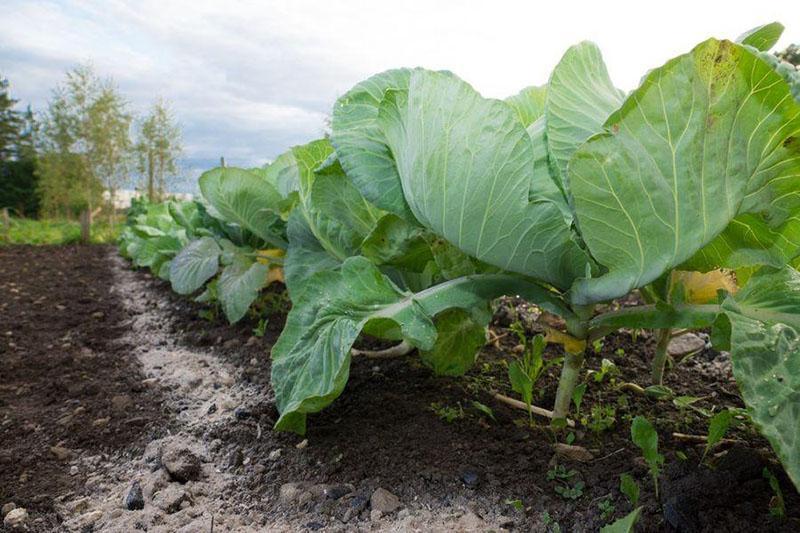 This procedure will help to reduce the population of slugs, especially if you sprinkle the soil under the bushes with coarsely ground eggshells or decompose the granules of the drug “Slug Eater”.

Bare forks is believed to help deal with cracking after heavy rains in the second half of summer and autumn. This is a highly controversial point of view. Indeed, before the leaves were removed, moisture was also absorbed into them, reducing the load on the head of cabbage itself..

To prevent cracking, experienced gardeners are advised to partially cut the roots with a shovel or slightly rotate the bush along the axis.

This reduces the possibility of soil moisture absorption by the roots.. 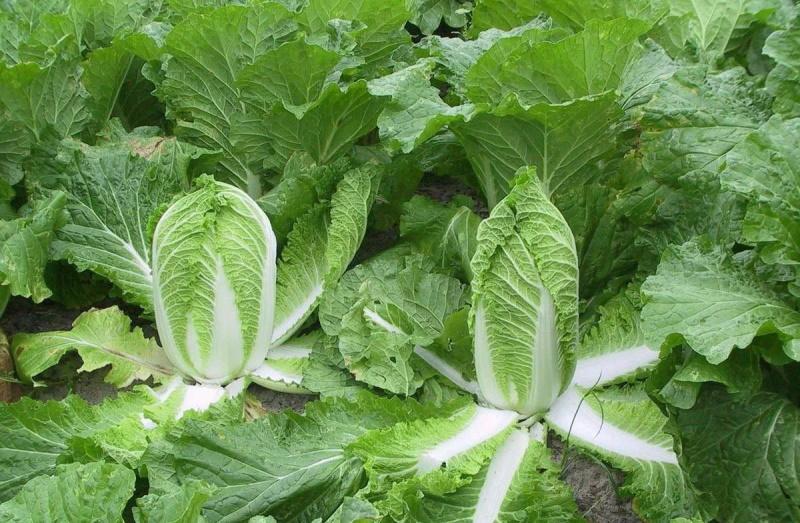 There is an opinion among some summer residents that pruning will force the plants to redirect the entire flow of nutrients to the head of cabbage, thereby increasing its weight. But numerous experiments of amateur vegetable growers suggest otherwise. Complete kale bush gains more weight than controls.

The lower leaves, not twisted into a head, perform a lot of functions necessary for a plant:

It should be noted here that the head of cabbage itself does not participate in the listed functions. Gardeners, who understand this subtlety, no longer ask themselves whether it is necessary to cut off the lower leaves of the cabbage. On the contrary, they try to keep as much green mass as possible.. 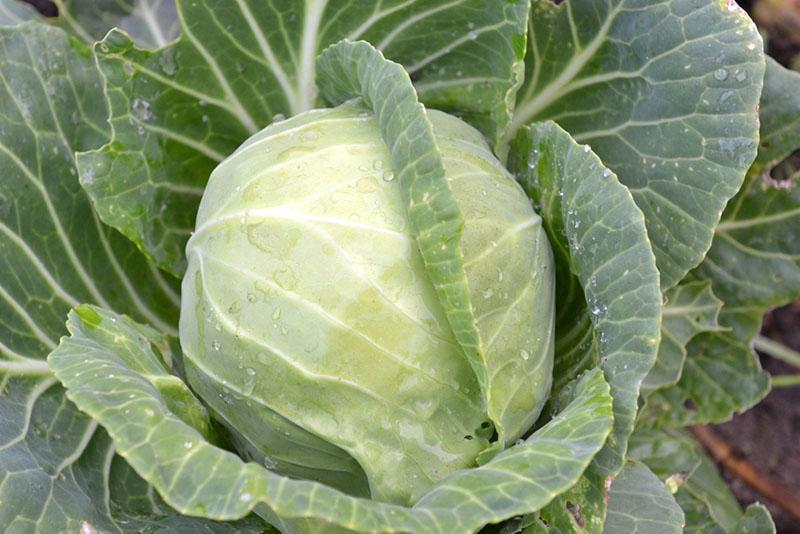 Modern gardeners sin with excessive economy of space and plant vegetables without taking into account the recommendations of agronomists. As a result, the overgrown bushes overshadow each other and suffer from a lack of nutrition. Removing some of the leaves will help improve ventilation and reduce the likelihood of disease. But this measure does not justify itself.

It is better to grow a small number of healthy, large and normally developed forks that can be stored without problems than many small, underdeveloped specimens.. 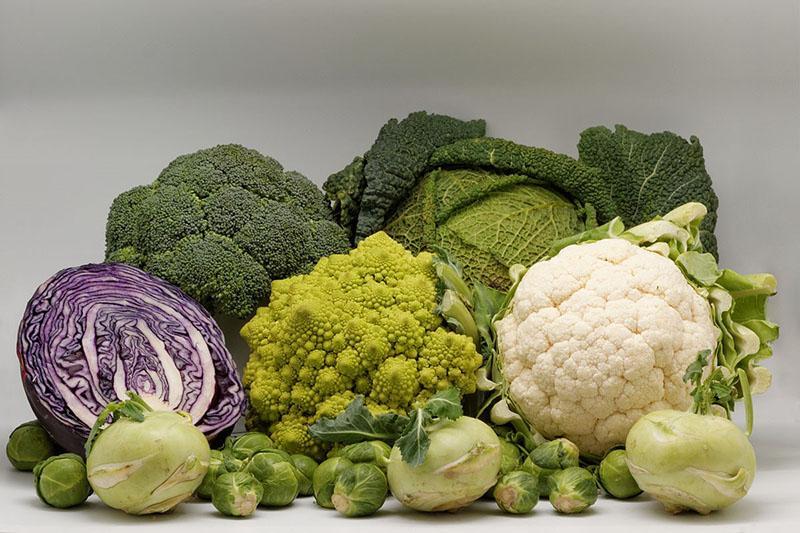 Other types of cabbage – broccoli, kohlrabi, cauliflower do not need pruning. Such a procedure is generally contraindicated for the colored variety – thick “plumage” helps the fork to tie up and not darken. The exception is the Brussels sprouts, which forms many small heads of cabbage on the stem.

Brussels sprouts are a rare guest in our gardens. Many summer residents refuse to grow this valuable vegetable just because they do not know the main feature..

In order for the “Brussels” to tie numerous heads of cabbage, in the second half of summer it is necessary to pinch the top and cut off the rosette..

Then the plant will move from a vegetative type of development to a generative one, and the future harvest will get more sun and nutrients. This feature is associated with the long growing season of Brussels sprouts – over 6 months. In warmer countries, it grows without additional manipulation..

Trimming cruciferous crops should not be done rashly. It can be beneficial, but in most cases it hurts. Still don’t believe it? Conduct a simple experiment, and after a year you will no longer have doubts about whether to pick leaves from cabbage.