We recommend Lukhovitsky cucumbers for growing in the country 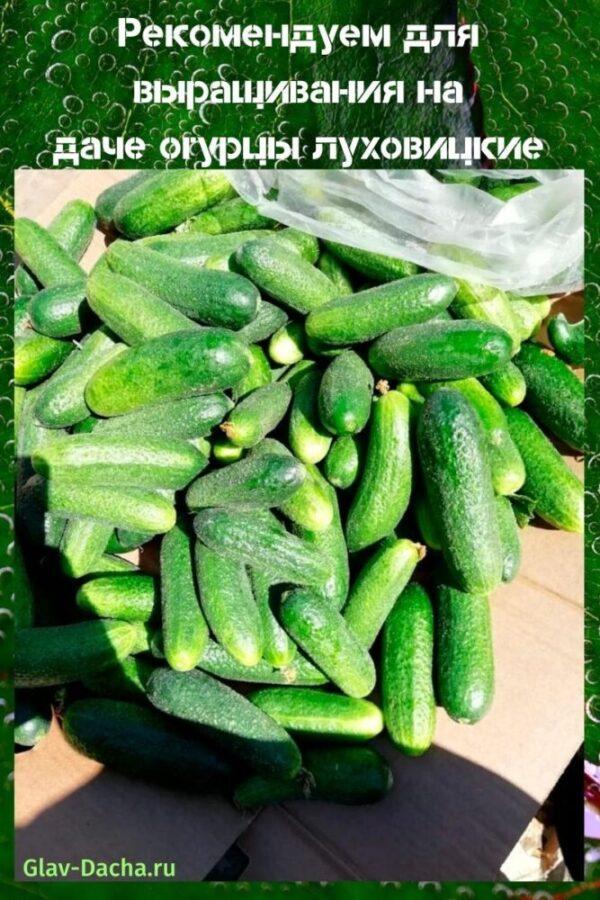 Lukhovitsky cucumbers are a complex concept. It includes crops grown in the city of Lukhovitsy, Moscow Region, as well as a separate hybrid variety of cucumbers, which was officially entered into the State Register of Breeding Achievements in 2006. The Lukhovitsk variety of cucumbers is intended for cultivation both under film shelters in greenhouses and in the open field. It has become widespread due to its rapid ripening, high resistance to diseases, ease of cultivation and excellent taste of the fruit..

What varieties are grown in Lukhovitsy

Lukhovitsy is a small town in the Moscow region, which is called the “cucumber capital” of Russia. The Lukhovitsky region has long been famous for the cucumber industry. It is distinguished by unique soil and climatic conditions, thanks to which gardeners manage to grow cucumbers with a thin skin, without voids and with excellent taste. That is why the vegetable crop is grown here on an industrial scale..

How cucumbers are planted in Lukhovitsy depends on their variety. In this region, not only Lukhovitsky, but also other varieties are grown:

But the Lukhovitsk variety of cucumbers remains the most popular and widespread. An appetizing and crispy vegetable that has glorified the region throughout Russia has even been erected a monument in the city center. 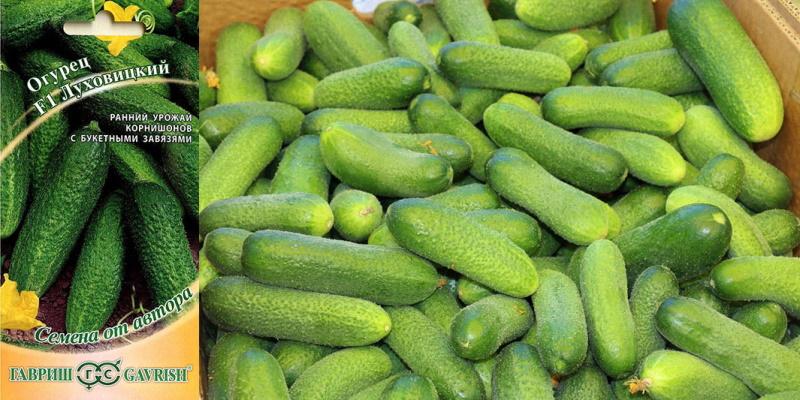 Lukhovitsky cucumbers are a variety that can be grown both outdoors and in greenhouses. The yield of a culture depends on the conditions of its growth – in open beds up to 8-9 kg, under a film shelter in a greenhouse, you can collect up to 22-25 kg of fruits.

The culture is fast ripening. The first shoots appear within 7-8 days after sowing the seeds. The crop can be harvested in 5-6 weeks, in the greenhouse – a few weeks earlier than in the open field. 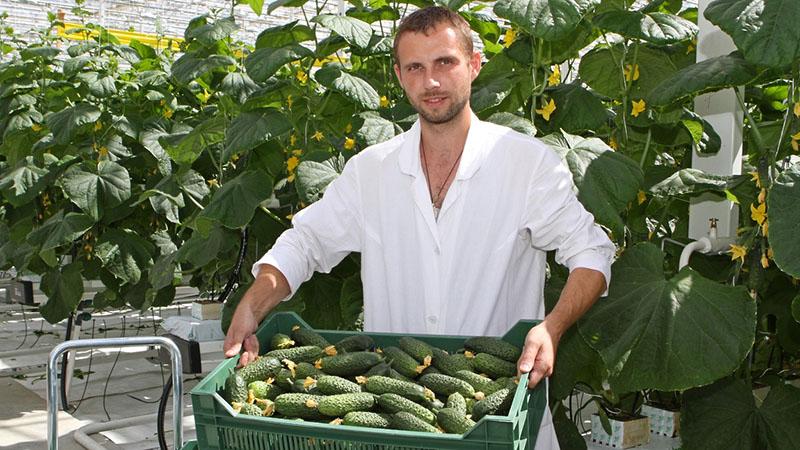 Vegetable culture tolerates high humidity and lack of light, but does not tolerate drafts. It does not slow down growth and does not require the installation of special lighting lamps in the greenhouse.

The cultivation of Lukhovitsky cucumbers has gained wide popularity, since this variety is distinguished by early ripening, high yield rates, excellent keeping quality and transportability of fruits.. 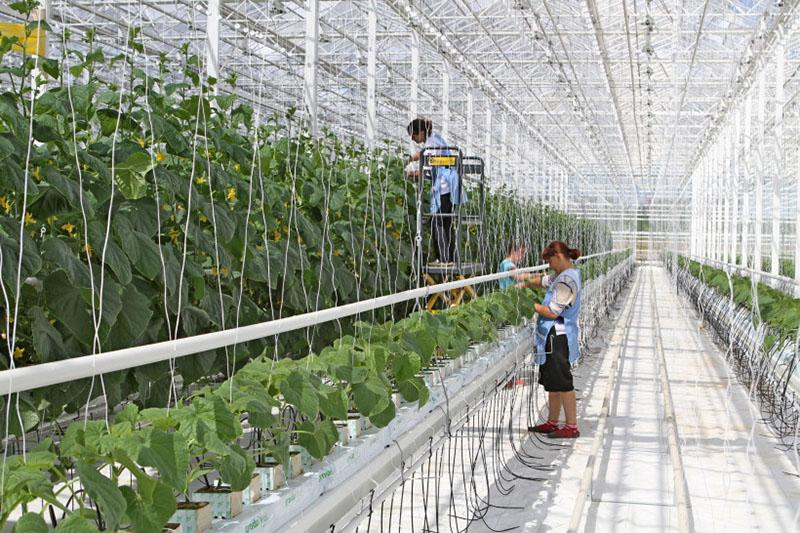 The variety belongs to universal, it can be grown both in open soil and in greenhouses. There are two ways how cucumbers are grown in Lukhovitsy – by seeds and seedlings. To get a rich harvest of crispy cucumbers, you need to properly prepare the soil.. 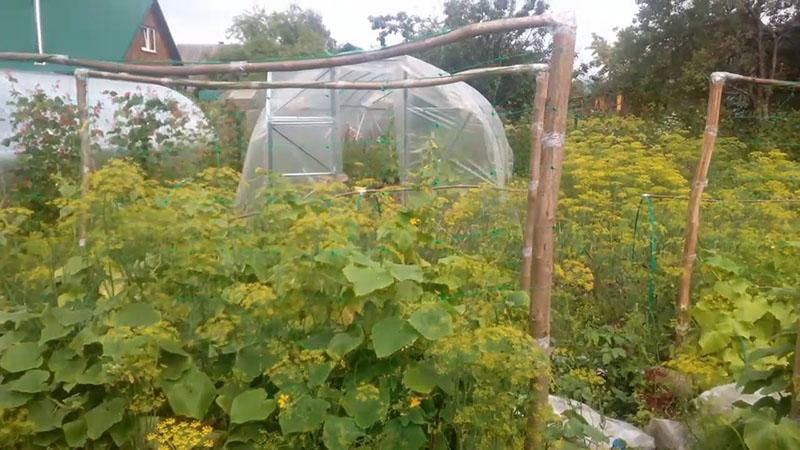 The seeds do not need special preparation, as they are sold processed. The only thing gardeners advise is to put the seeds in a weak solution of potassium permanganate for a short time.. 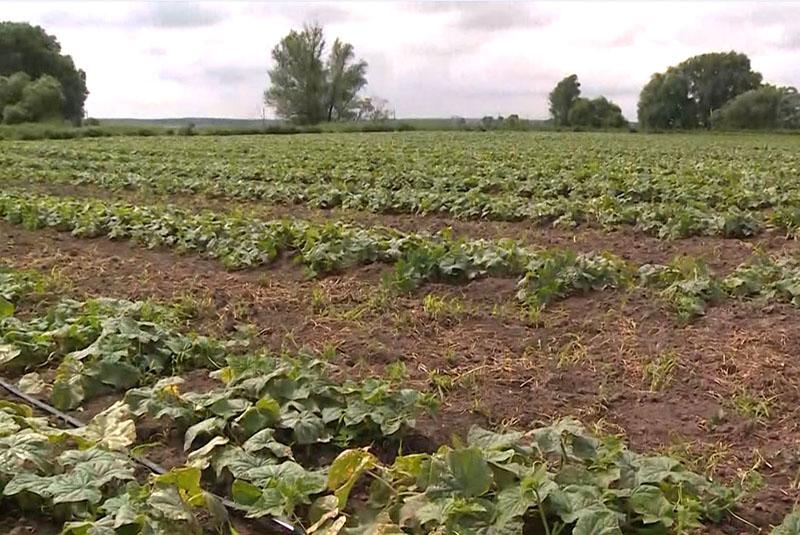 When growing Lukhovitsky cucumbers, you can choose almost any area – both shaded and well-lit. The culture grows well in direct sunlight, they do not burn the leaves and do not impair the crispness of the fruit. The best option would be moist soil rich in organic matter..

Begin to prepare the soil for growing cucumbers of the Lukhovitsky variety in the fall – dig trenches up to 30-40 cm deep and 1.5 m wide..

In the spring, scald the prepared beds with boiling water, remove the soil with humus. Line the bottom of the trenches with plastic wrap and pour a layer of sawdust and urea on top (thickness up to 10-12 cm).

Heat the manure to 50-55 °, pour on top with the soil, cover with dark plastic wrap. After 4 days, make a few holes in it for cucumber seedlings or seed.

Planting seeds of Lukhovitsky cucumbers is carried out in the second half or end of May. Seeds are planted in pre-prepared trenches to a depth of 5 cm, the distance between them should be about 35-40 cm.

Cucumber seeds can be disinfected in advance by soaking in a weak solution of potassium permanganate. To increase the resistance of the culture to frost, the seed is placed on the lower shelf of the refrigerator and frozen. 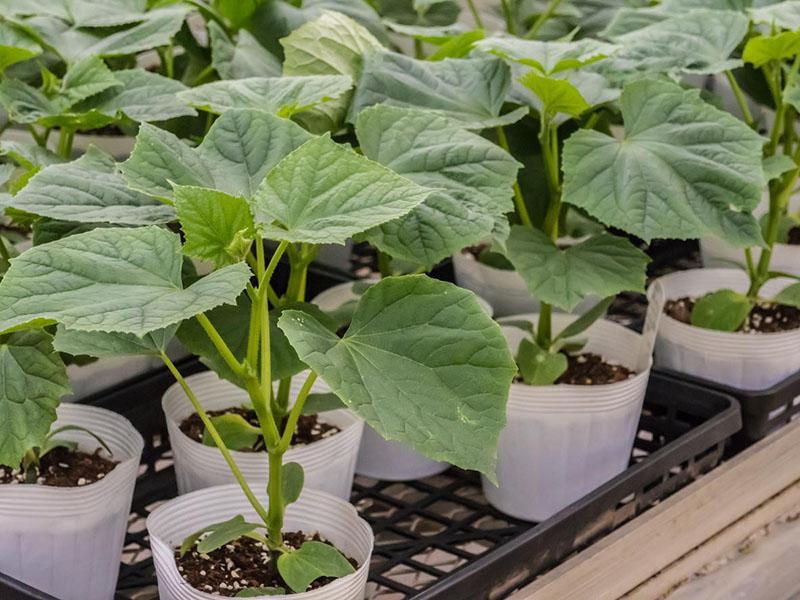 Lukhovitsky cucumbers are also grown in seedlings. In this case, sowing is carried out in early or mid-April, and planting in open soil in late May or early June. Plant cucumber seeds in peat pots – they do not require further diving, since the culture has a fragile and weak root system that does not tolerate diving well enough.

Install wire frames over the cucumber beds and attach the film to them. After establishing a stable warm air temperature, this structure can be removed. 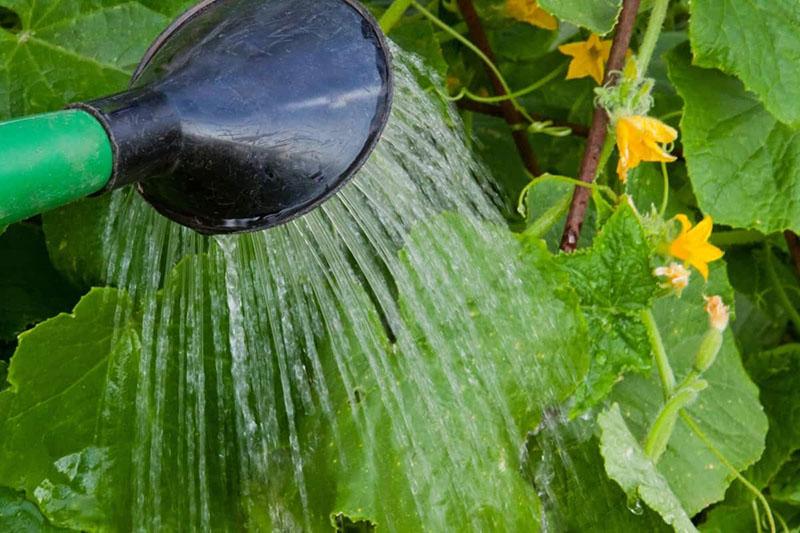 Lukhovitsky cucumbers are undemanding in cultivation, caring for a vegetable crop consists of standard procedures:

When growing a crop, you need to pay special attention to its watering. Lukhovitsky cucumbers have a very sensitive, shallow root system that can be easily injured when diving or watering.. 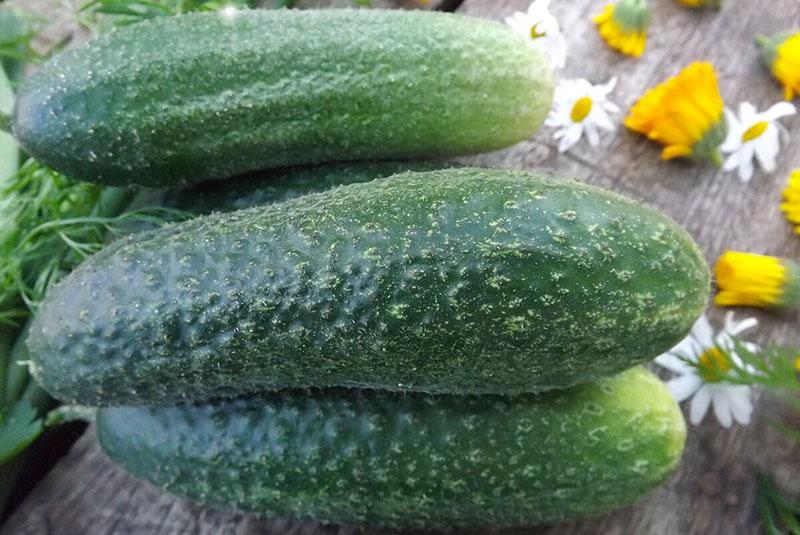 For irrigation, settled, warm water is used. When irrigating plants in hot weather, you need to be careful not to get water on the cucumber foliage and erode the root system. The best time to water is evening..

Lukhovitsky cucumbers are a widespread and versatile variety that is in great demand among gardeners and farmers. It is distinguished by early ripening, high yield rates, excellent taste, keeping quality and transportability..