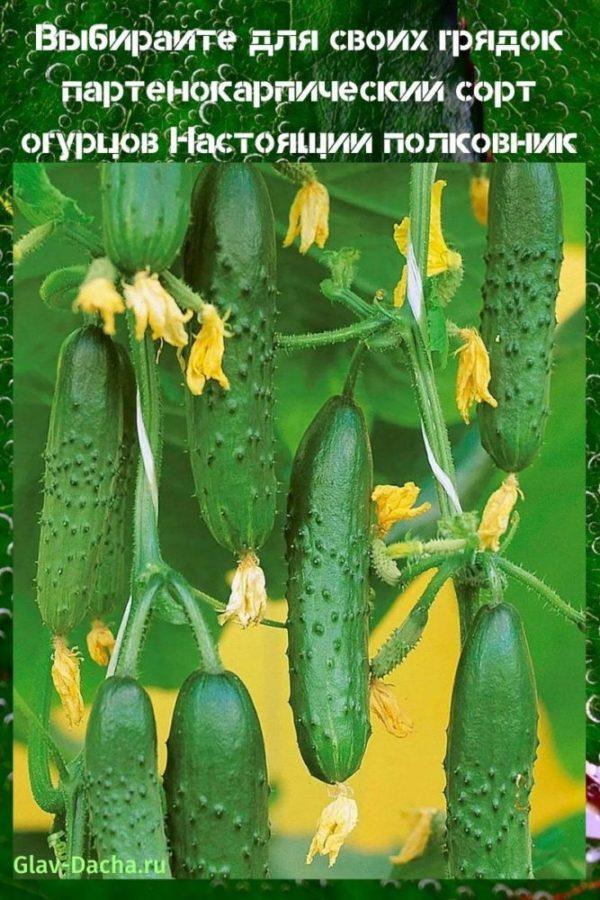 A hybrid variety of cucumbers The real colonel is distinguished by excellent taste. Perfect for pickling and preserving. Resistant to all sorts of diseases, especially powdery mildew. At the same time, the culture is famous for its harmonious yield and parthenocarpic peculiarity – the ability to form ovaries without pollination. This characteristic of the hybrid prompts many gardeners to grow a vegetable plant in their summer cottage and in a greenhouse.. 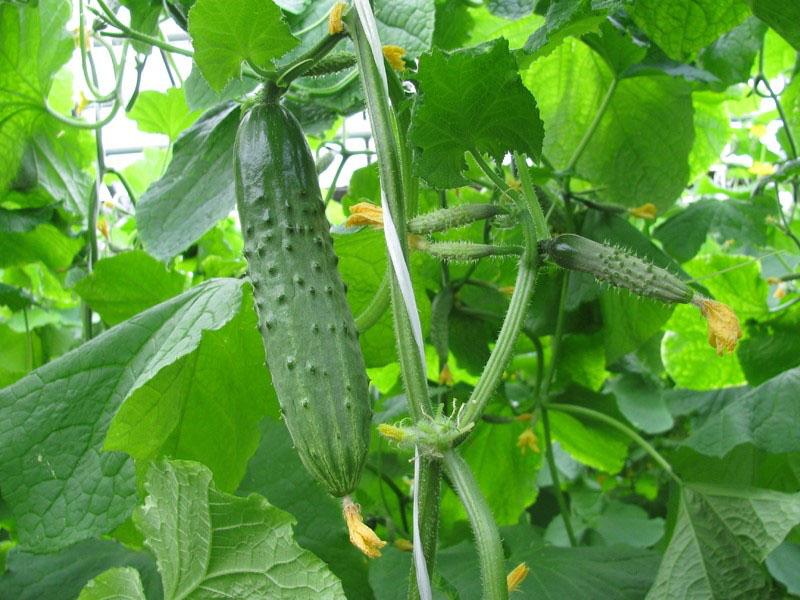 The appearance of the fruit is fully consistent with the name. Smooth (fusiform) oblong greens with pronounced pimples reach a length of 12-15 cm. The weight of each of them is about 120 g. In the area of ​​the peduncle, before the formation of tubercles, the vegetable has an oblong and smooth base. Its rich green color is diluted with white thorns. 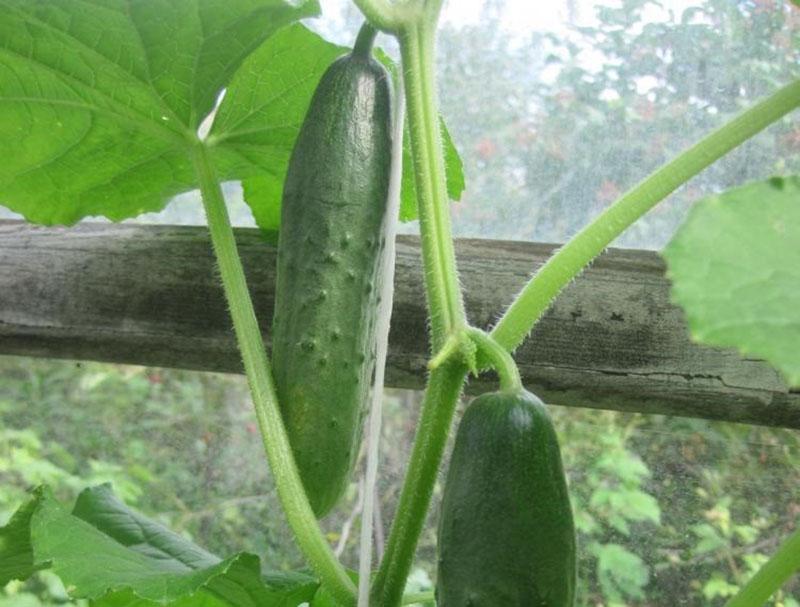 In addition, it is important for gardeners to know other features of the hybrid variety:

The fruit tastes sweet without the slightest hint of bitterness. The rind is thin and the flesh is very crispy and juicy enough. Zelentsy retain their taste even when salted or canned. 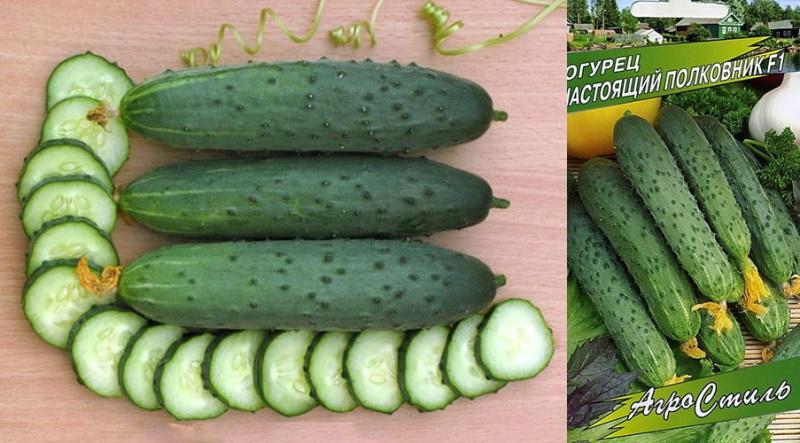 The special advantages of the Real Colonel F1 cucumber variety are:

The culture is suitable for growing both outdoors and indoors. Spring greenhouses or special tunnels will be the ideal place for a bred hybrid, because it does not require pollination to form ovaries.. 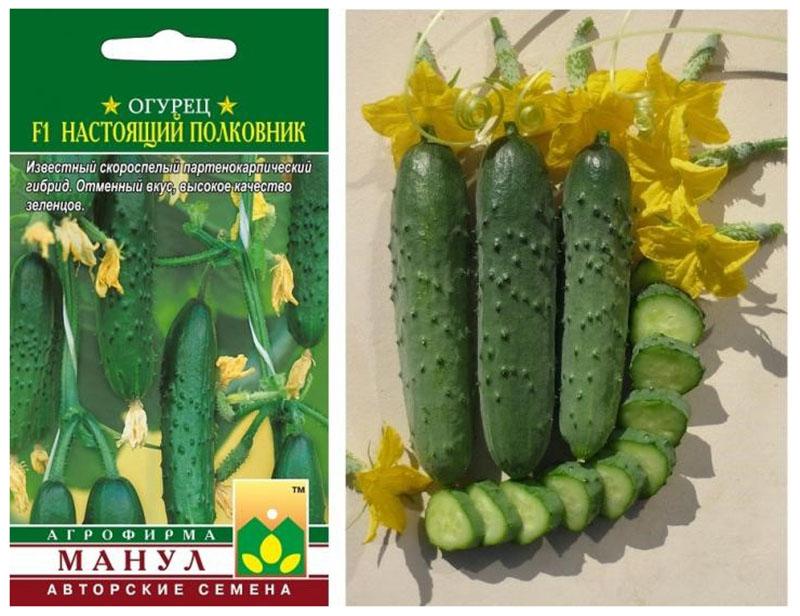 The first fruits are expected to appear 40 days after sowing the culture. Fruiting continues until frost. In addition to the amicable return of the harvest, the variety is valued for the simultaneous filling of a large number of cucumbers on one powerful bush. So, up to 10-12 kg of crispy greens is collected from 1 m². However, this is possible, provided that the planting scheme is followed: 3-4 seedlings per square meter in the open field or 2-3 bushes in a greenhouse.

In the description of cucumbers, the Real Colonel should add their resistance to diseases such as: 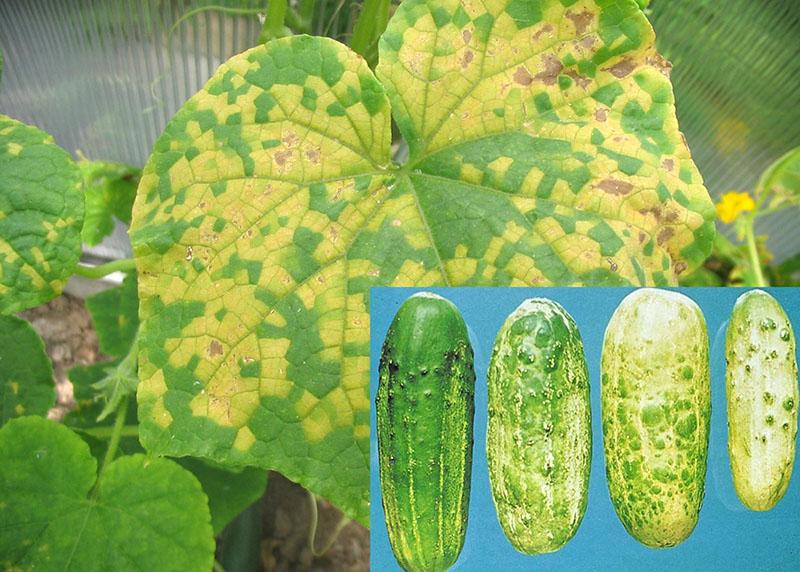 The plant quickly and successfully adapts to adverse conditions. Also withstands sudden temperature changes. Suitable for growing in unheated greenhouses. However, when the microclimate changes, voids may form inside the fruit. In such cases, there is also the likelihood of empty flowers..

Another disadvantage of the hybrid is the poor germination of cucumber seeds. This Colonel, which is often less than 60%. 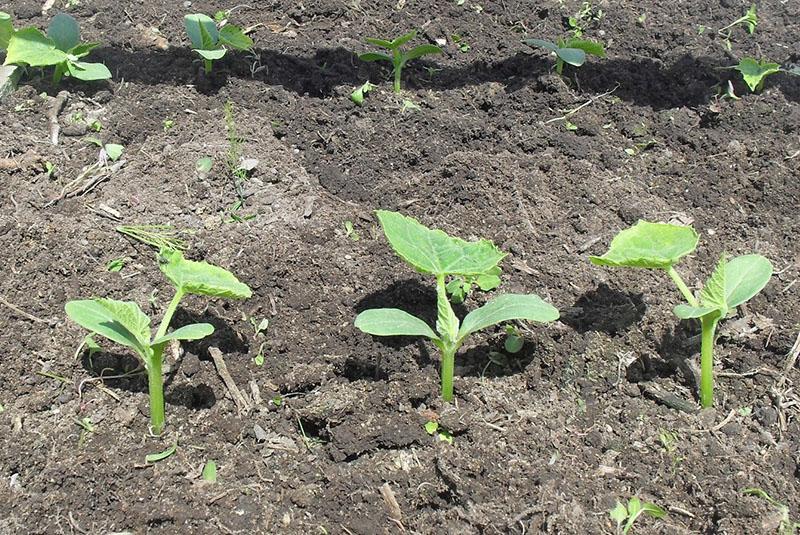 Two sowing techniques are used: in open ground and by seedling. In the first case, the event is held in May-June (for central Russia). By that time, the soil is already warming up to + 15 … + 20˚С in the daytime and up to + 8˚С at night. At a distance of 40 cm, holes or grooves are formed (row spacing up to 70 cm).

The site must be fertilized: 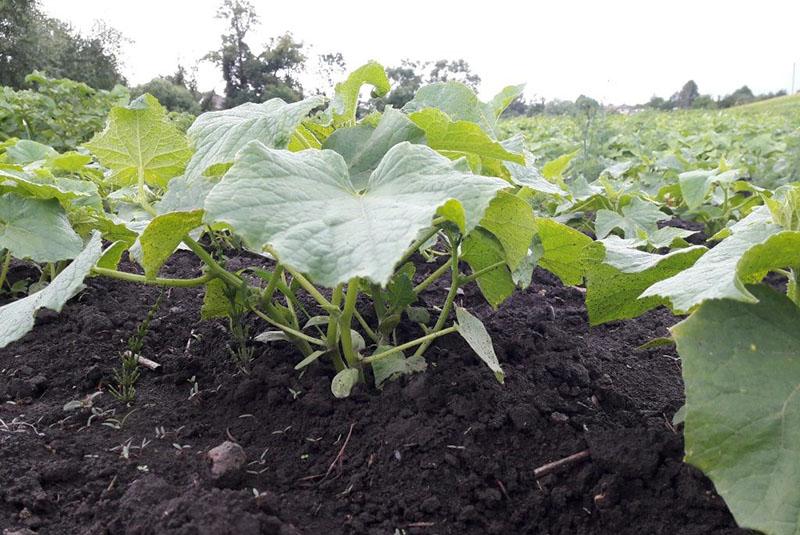 The components are thoroughly mixed. The substrate is watered with settled water. Seeds of cucumbers of the “Real Colonel” variety are planted to a depth of 1.5-2 cm. To maintain moisture, the planting is mulched with peat or rotted manure. In the northern regions, to protect plants from unfavorable conditions, the bed is covered with a film or covering material. When shoots appear (in the phase of 2-3 full leaves), the shelter is removed.

Under optimal storage conditions, seeds of a hybrid variety retain their conditioned germination for 6-8 years.

Sowing of vegetables in greenhouses (unheated) is planned for the second half of May (15-20). At the same time, the manufacturer’s recommendations for planting density are observed. 2 or 3 plants are planted for each square meter.

In addition, the formation of a bush in greenhouse conditions is carried out according to the usual scheme:

If conditions are favorable, 19-20 leaves are formed before the trellis. 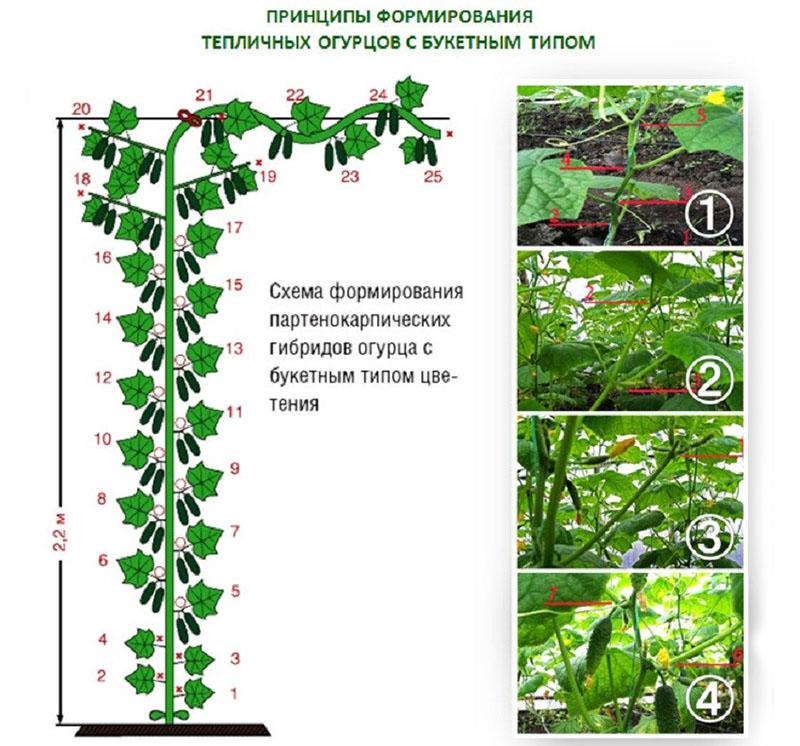 The essence of this technology is to obtain the maximum possible yield from the main stem. As soon as the main branch ceases to bear fruit, the picking of cucumbers is carried out from the side shoots. 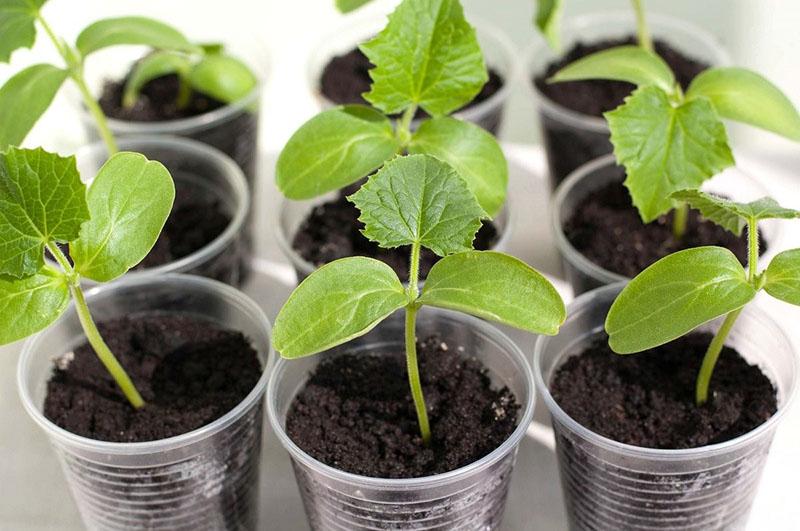 The term for sowing indoors is calculated depending on the time of planting on the garden, that is, 25-30 days before that. Often in the southern regions, the date falls on the end of April or the beginning of May. To do this, prepare several containers (plastic cups, paper honeycombs from under the eggs), which must be disinfected. Farmers recommend buying soil mixtures in specialized stores or peat pots.

However, some gardeners prepare such substrates on their own, mixing:

A drainage hole is made at the bottom of each cup so that excess moisture can drain off. This will help to avoid waterlogged soil and root rot.. 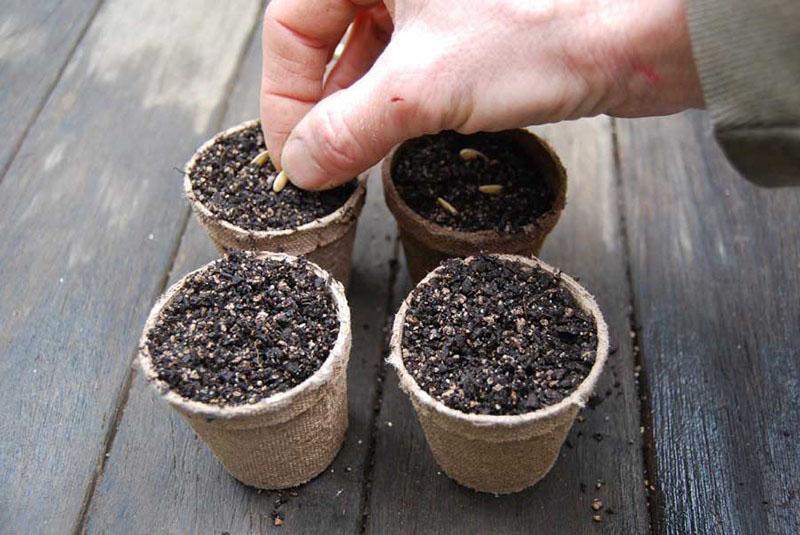 Each ingredient is taken in equal amounts. The resulting composition is disinfected using a solution of potassium permanganate or charcoal. Up to 2-3 seeds are sown in each container at a depth of 1 cm, since their germination capacity is rather low. Then the soil substrate is sprayed with settled water (room temperature) from a spray bottle. Cover with foil or transparent glass. Leave until shoots appear in a room with medium humidity and optimum temperature (about 25˚С). Every day, planting is sprayed with a small amount of water and ventilated for 15-20 minutes.. 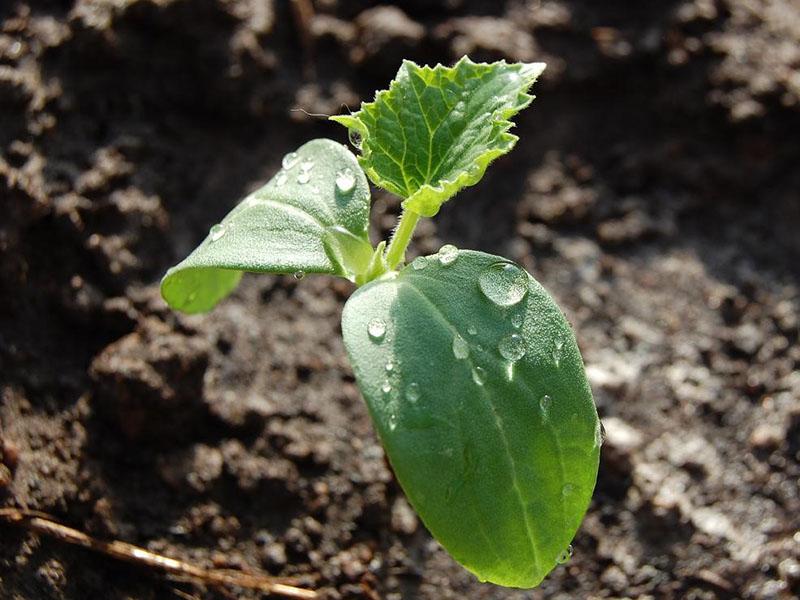 Practiced preliminary soaking of the seed (for 8-10 hours) in growth stimulants: “Epine” and “Zirkone”.

The further fate of seedlings 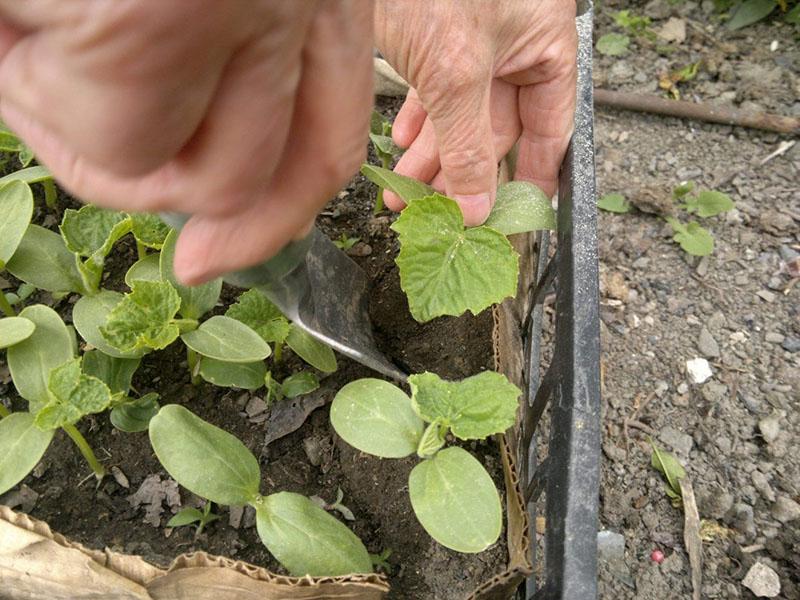 With the emergence of seedlings, the cultivation tactics change somewhat. Containers with sprouts are transferred to a cooler room (20-22˚С), but rather light. Many farmers put seedlings on the windowsill. However, it is important to make sure that the room is not too hot, otherwise the True Colonel hybrid cucumbers will start to stretch. In addition to regular watering, as the correct layer of soil dries up, they must loosen the planting. Oxygen access helps to strengthen the plant’s immunity.

The best time for planting seedlings in the garden is the evening hours..

As soon as the seedlings reach 20-25 days of age (phase of 3-5 true leaves), they are transplanted into open ground. Since the root system of a vegetable crop is very vulnerable, the event is carried out practically by the transshipment method. The hole (1/3 part) is filled with humus and filled with settled water. Unload the sprout together with an earthen lump, tamp it slightly and mulch on top.

Subject to these recommendations, the variety of cucumbers The Real Colonel will definitely give a rich harvest, right up to the very frosts.