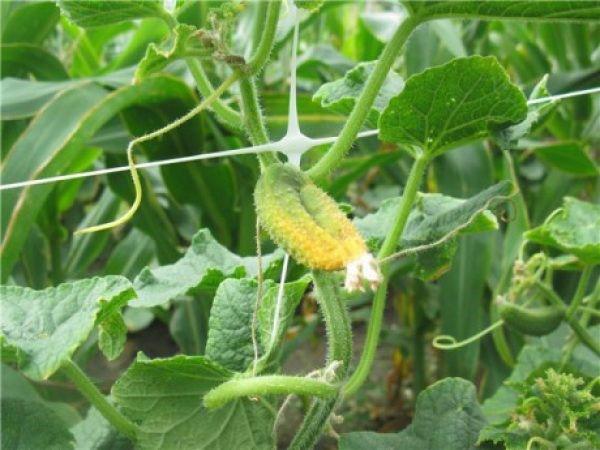 Growing vegetables in greenhouses does not relieve gardeners of problems. Quite often, the question arises before them: why does the ovary of cucumbers turn yellow in a greenhouse? There can be several reasons – from improper care to unfavorable external factors that affect the formation of the crop, regardless of where the crop is growing..

The source of the problem must be identified and eliminated. And continue to try not to repeat mistakes.

What cucumbers need for successful growth 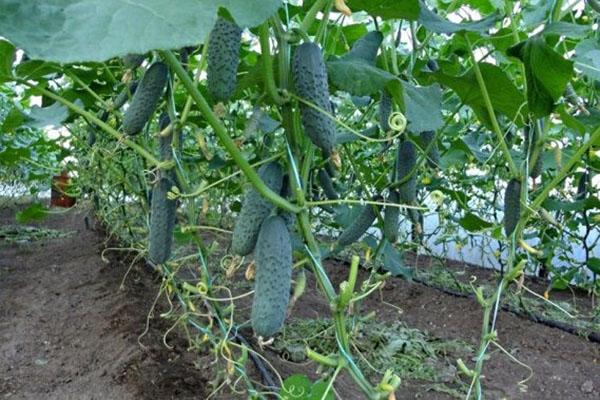 Before figuring out why the ovary on cucumbers turns yellow in a greenhouse, you need to clearly understand the needs of the culture.

For a successful vegetation you need:

There are varieties of cucumbers pollinated by bees and those that can tie greens without the participation of insects or humans. This also needs to be taken into account when planting a crop..

Among the reasons why ovaries fall off in cucumbers, there may be the following:

Pumpkin crops always produce more flowers than fruit. After pollination has occurred, some cucumber ovaries dry out and shed – this is normal. Even with increased nutrition, the plant is not able to feed all the greens.

Another thing is when the yellowing of the navel is massive..

One of the main reasons why the cucumber ovary turns yellow in the greenhouse is the temperature regime outside the comfortable for the crop. If it is “wrong” at the initial stages of development, the Zelenskiy will simply not get involved. At the stage of formation and maturation, pupae will turn yellow, stop growing and may fall off.

Cucumber is a thermophilic plant. At temperatures below 20 ° C, it slows down development, and when the thermometer drops below 15-16 ° C, it pauses.

Intense heat won’t do either. As soon as the temperature exceeds 32 ° C, the ovaries begin to grow slowly, bend, and often turn yellow. At 36-38 ° C, pollination does not occur, and already formed pupae can crumble.

The ovary of cucumbers turns yellow and does not develop when the temperature drops. This problem is typical for unheated greenhouses with a high ceiling – the air heated during the day simply rises at night.. 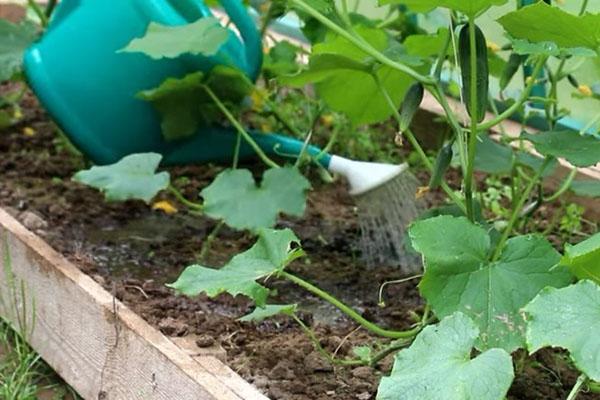 It would seem that a cucumber is a moisture-loving culture, the more you water it, the better. But constantly wet soil will cause root and stem rot. If the air humidity exceeds 90%, the cucumber ovaries will first stop developing, then turn yellow and fall off. This problem is more relevant when growing crops in greenhouses than for open ground..

Novice gardeners do not always understand why cucumber puppies turn yellow. They see that the ovaries are dry, increase moisture or watering intensity, as a result, making it even worse.

There must be a hygrometer in the greenhouse – the problem is relevant not only for cucumbers.

It is better to plant only self-pollinated varieties in indoor conditions. Even if the frames are raised or the door is constantly kept open, it is not a fact that enough bees will fly in there to fertilize all the flowers. High humidity is a disadvantage of many greenhouses. When it approaches 90%, pollinating insects will bypass the structure, even if they are specially lured. 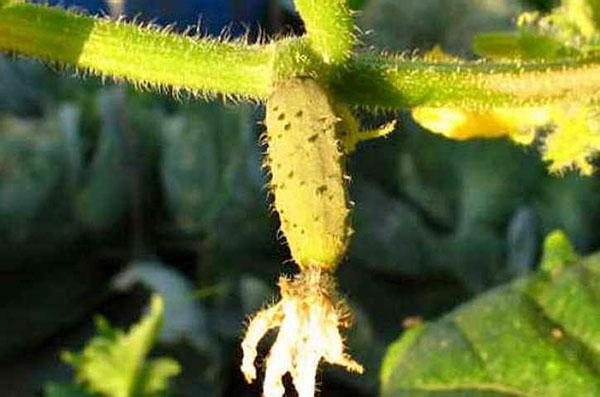 Cucumbers need constant feeding – they develop quickly and build up a significant green mass. First of all, nutrients are consumed for the needs of long stems and leaves. And to “feed” one cucumber, you need 15-20 pieces.

Proponents of organic farming, who do not delve into the essence of the issue, often simply refuse any fertilizers. And then they ask: “Cucumber ovaries do not grow! What to do?”.

The very cultivation of any crop in greenhouse conditions implies that it will be fed, and intensively.

Don’t feel like doing this? Discard greenhouses. It is still impossible to grow anything there without the use of chemistry. Cucumbers are simply more demanding on feeding than most crops, and therefore suffer more, first slowing down development, and then dropping the ovaries.

Fertilizers in greenhouses need to be applied once a week, alternating mineral and organic, it is better to combine them with watering. At the initial stages of development, cucumbers need more nitrogen, during the formation of the crop – potassium.

Often the ovaries turn yellow and fall off on varieties of cucumbers with a bunchy form of fruiting. One or two greens develop normally, the rest crumble. This is a sure sign of a nutrient deficiency.. 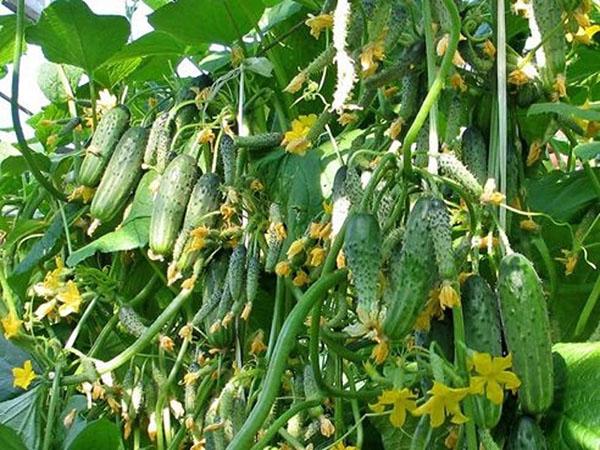 Cucumbers can turn yellow and shed their ovaries for other reasons. It should be highlighted:

Growing cucumbers in greenhouses has its own specifics. But, if you do everything right and make an effort, it is easier to get a decent harvest there than in the open field. And you don’t have to wonder why the ovaries of cucumbers turn yellow in greenhouses..