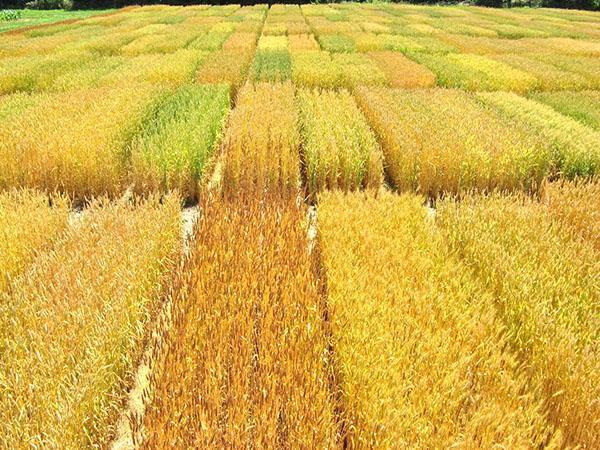 Cereals are not only well-known agricultural crops. There are those that grow freely and are of no benefit to humans, as well as types that are used for design..

Description of cereals and their importance for humans

The fruit of cereal plants is a monocotyledonous grain seed that has grown together with the shell. Leaves are long, with parallel venation, narrow, two rows. The stem is hollow, thin. Usually long. Inflorescences are paniculate, spikelet or racemose. 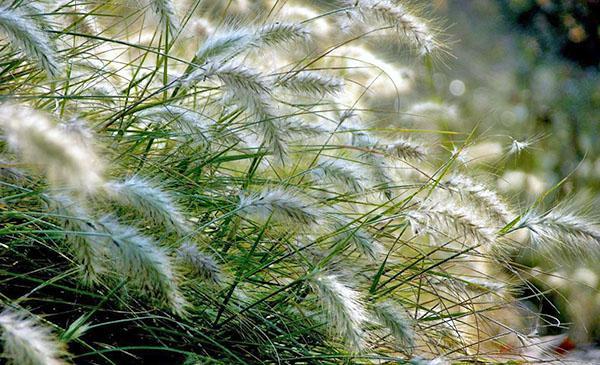 The importance of cereal plants is great, it was from them, even in ancient times, that people learned to make bread and cereals. At first, bluegrass (the second name of the family of cereals) did not pay much attention until they realized that their fruits can be ground into dust, that is, into flour. Dough was made from flour, and cakes were baked from the dough, since there were no loaves and loaves of today. Later, cereals began to have not only nutritional, but also medical significance due to the contained useful substances. In addition to cultivated plants that benefit humans, there are weeds that are harmful to agriculture, as well as perennial grasses that are completely harmless..

Over time, people realized that not all cereals are edible and suitable for cooking. They were looking for only those whose grains made delicious food. That is, it was precisely cultivated cereals that were needed. Also, the person realized that it is not necessary to collect something somewhere.

Look for suitable plants, walk each time and find out: where they grow and in what quantity. Then take the seeds, carry them home and so on in a circle. After all, you can start cultivating cereal plants near your own home. Plant the fruits, water and wait for them to sprout, plants will grow from them and ripen.

New fruits were harvested, some were left to grind, and some for the next sowing. This is how agriculture developed. New varieties of cereals were bred, which should be resistant to droughts and other negative influences. The breeders took into account the formula of the flower of cereals, in order to predict the genetic structure of new plants, to draw up a similar formula.

The altered individuals were subjected to careful research. The main goal of breeders is to create perfect varieties. These plants must be absolutely resistant to droughts, weeds and other adverse influences. Each variety has its own name. 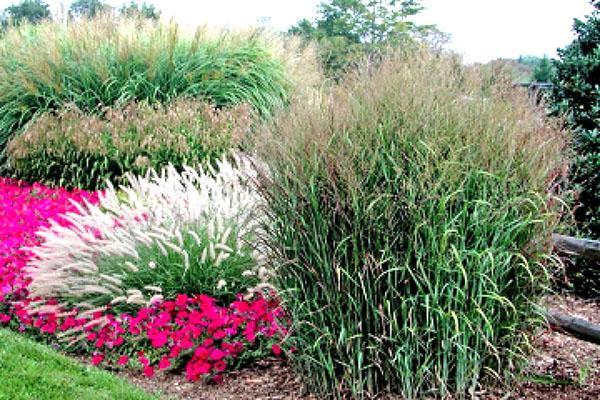 Bluegrass are subdivided into three main categories: cereals, weeds, and grasses. Some of the same types are used for decoration..

Not all representatives are represented in the lists, but several well-known cultivated, weed and herbaceous species. In fact, there are many more.

It is not necessary to call all cereal grasses weeds that grow freely in meadows. They are the main feed for livestock and poultry..

Photos and names of cereals

Cultivated cereals are specially grown for use as a food product. In writing I use whole and crushed grains, flour and pastries from it. 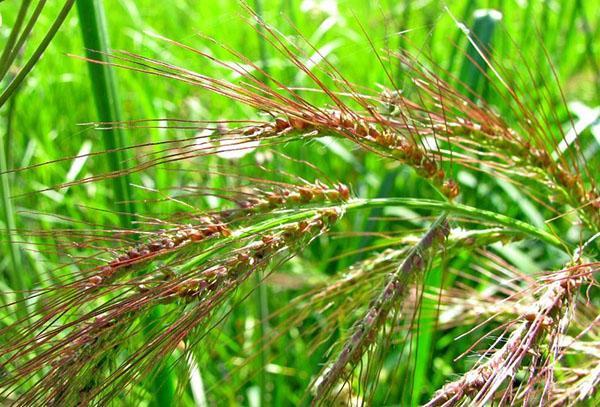 Millet is a plant that tolerates heat and drought well. Common millet is valuable, it is from its seeds that millet is extracted. Homeland – Southeast Asia. It is grown everywhere, including on saline soils. High acidity is the only weakness of millet, it cannot stand it and dies. The grains are used for making cereals, soups, and also as feed for poultry.. 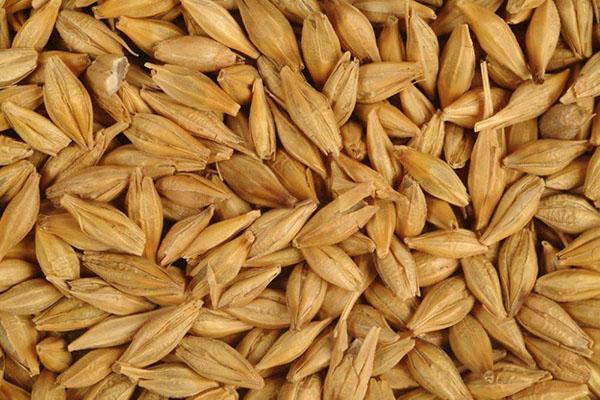 An annual plant that is widely used in agriculture. It is resistant to negative environmental conditions, it can be grown on those lands where it is cold enough. Originally from some provinces of East China, Mongolia. Previously, it was perceived by farmers as a weed, but its forage properties refuted this opinion. Later they learned to make various pastries from it, and the Germans brewed the so-called white beer. It can be filmy and naked. The latter is less common than the former and requires a lot of moisture.. 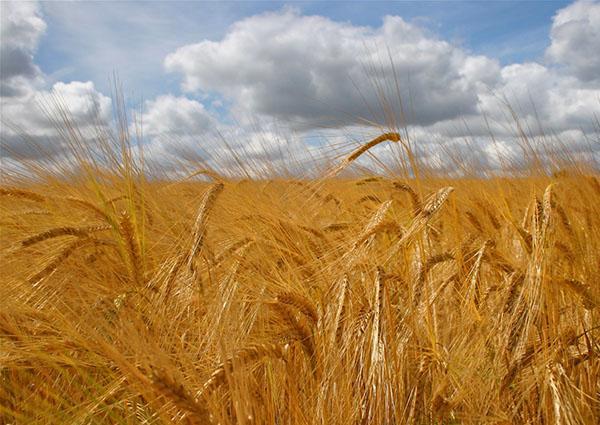 One of the most important cereal crops, developed relatively recently, about seventeen thousand years ago. The inhabitants of the Middle East were among the first to notice about its benefits. Bread made from barley flour is heavier, rougher than wheat, but it is considered a healthier product even now. The plant is one-flowered, pollinated independently. Nowadays, barley is grown for both fodder and food needs. Barley beer is also common among connoisseurs of this product.. 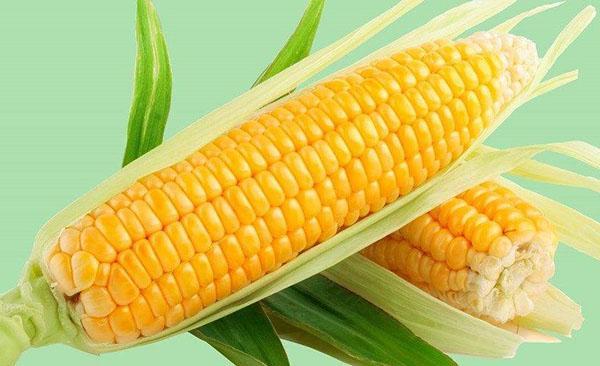 Also called maize or sweet corn. It is used for feed and food needs. Of the entire genus, this is the only representative of cultivated cereals. It differs from other species of the entire family by a large ear with yellow seeds. Country of origin – Mexico.

In terms of sales, it is in second place after wheat. Used to make cornstarch, canned food, and even medicines. 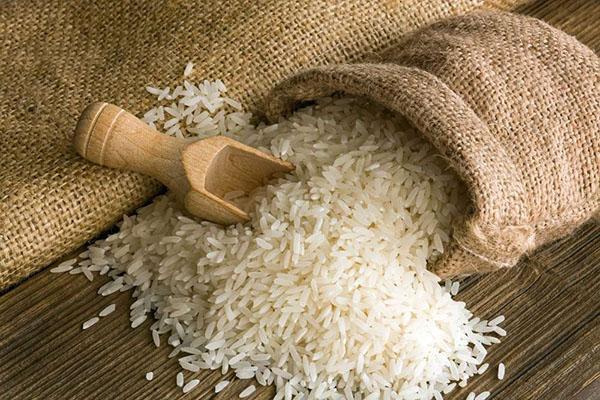 An annual herb. Requires special attention, the plant is capricious, needs a lot of moisture. Grown in Asian countries, but some types of rice – in African countries. Rice fields are made so that they can be flooded with water (protection from sunlight) while the plant is ripe, but then drained to harvest. They make cereals and starch from grains. If the kernels are germinal, then they are great for making rice oil.. 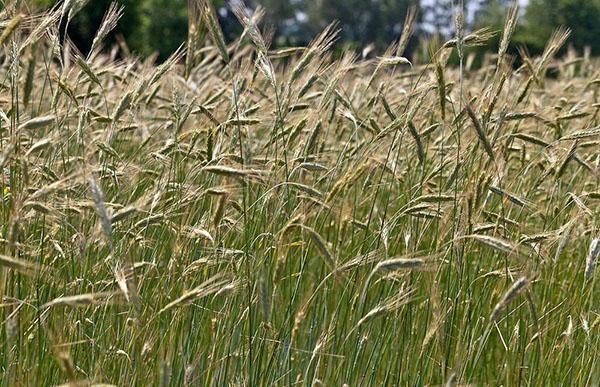 Nowadays, winter rye is mainly used for sowing, since it is more resistant to adverse conditions. An unpretentious plant, unlike wheat, rye is not particularly sensitive to soil acidity. The best soil for growing is black soil. It is used for the production of flour, kvass and starch. Weed grass rye easily suppresses, which greatly facilitates the fight against harmful factors for cultivation. The plant is biennial and annual. Most popular in Germany. 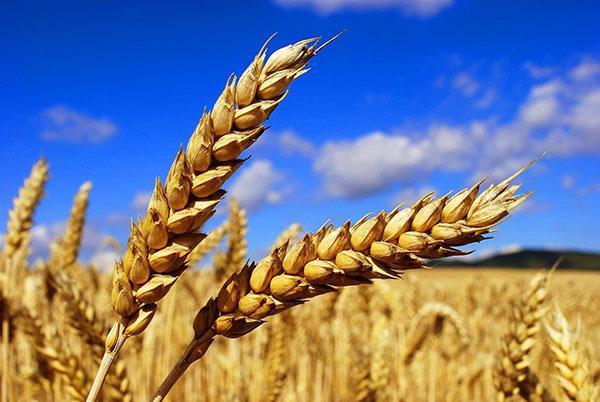 In the first place in terms of cultivation and sale is this particular grain crop. Bread of the highest grade is baked from wheat flour, confectionery and pasta are produced. Wheat is also used in the production of beer and other alcoholic beverages. It is grown on almost all lands, except for territories belonging to the tropical zone. Includes about ten types.

Many people believe that yellow spikelets with long mustaches are wheat. However, it is not. Wheat has grayish spikelets, fewer grains, and short mustaches..

Photos and names of weeds

Man has to fight against weeds. Many of these plants are used as animal feed.. 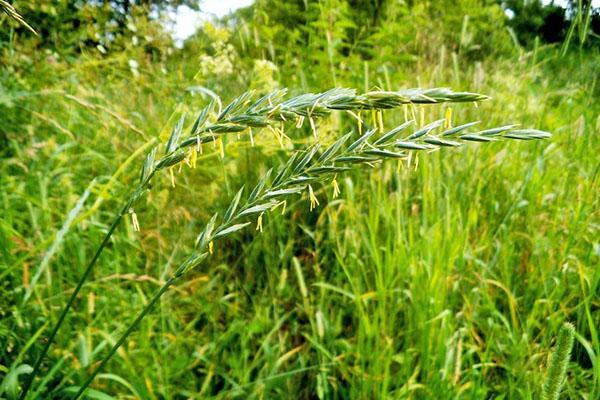 Easily displaces cultivated plants. It is very tenacious, capable of drawing juices from the ground that are needed by other species. The roots are powerful, more powerful than those of cultural representatives. Feels very good on wet, fertile soil. 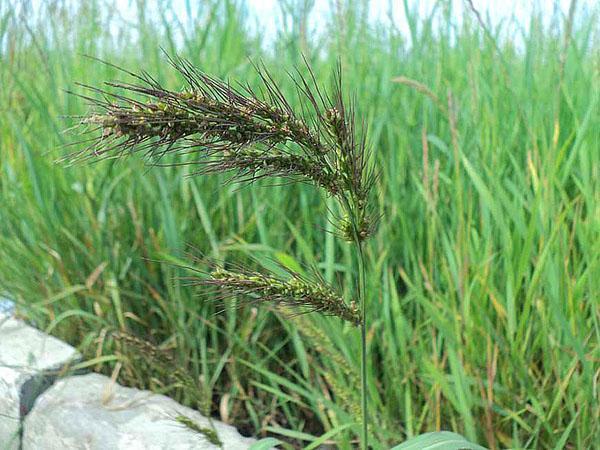 Chicken millet or barnyard. It bears this name due to the fact that this plant is very similar to its cultivated relatives. It is distinguished by its large size and large leaves, which require a lot of nutrients. Naturally, it is forced to rob other plants and take everything for itself.. 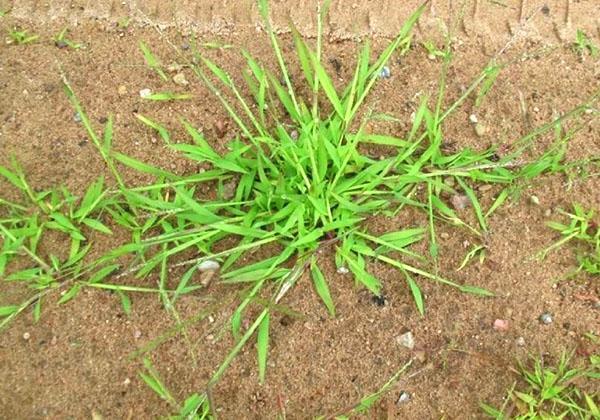 The dewdrop, especially the blood red, has the same ability to survive as other weeds. May exist on acidic soils. It has a lot of seeds in its paniculate spikelets. For them to sprout, only two degrees of heat is enough.. 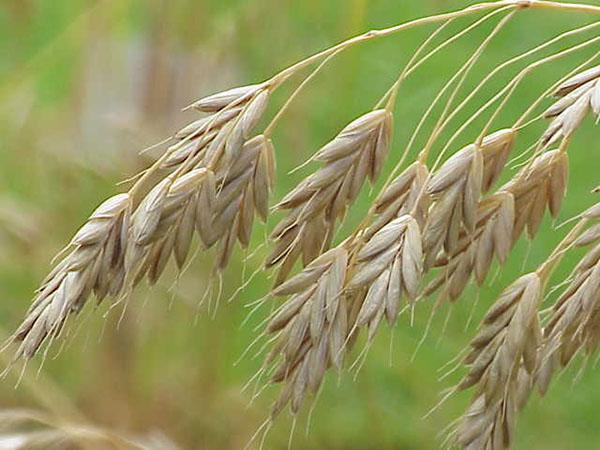 It can be easily confused with rye, but the survival rate is slightly higher. Drought-resistant. Inhabits rye fields. When its seeds are mixed at harvest with the seeds of a cultivated relative, the quality of the crop decreases.. 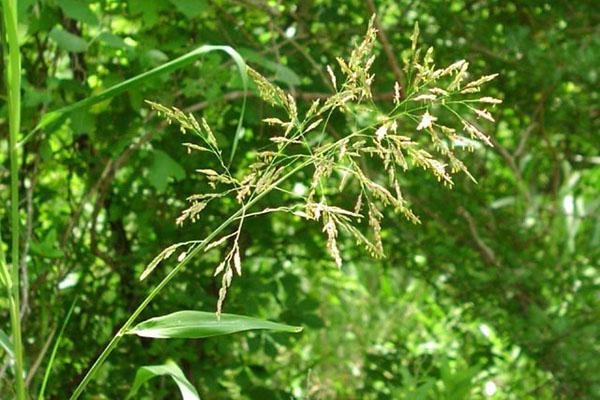 It also has a different name – Alepskoe sorghum. It is one of the most dangerous plants and poses a serious threat to cereal crops. It survives well during droughts, but despite this, sorghum is very demanding on moist and fertile soil. Has a powerful rhizome for consistent nutrient intake. 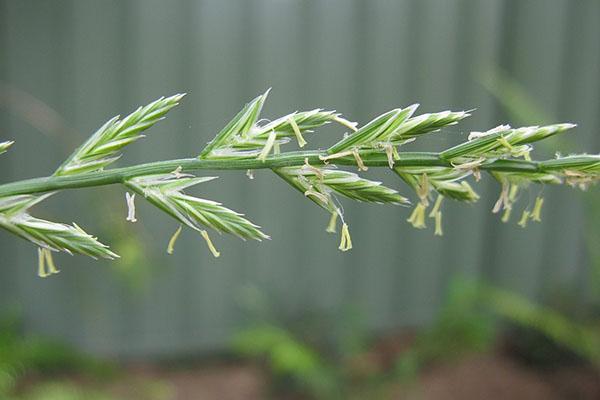 It affects legumes and cereals. The chaff is widespread everywhere. Survives well in adverse conditions. The plant is strong, can reach one meter in height. Prefers nitrogenous soils. 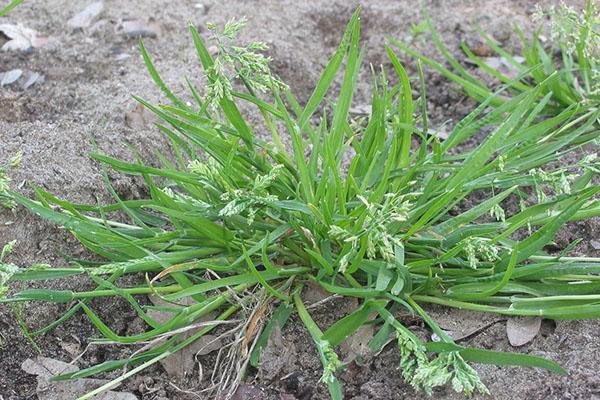 Another representative of cereal weeds that harm agriculture. It grows in fields, mainly where grain crops are cultivated. Annual bluegrass is resistant to negative influences. This annual plant is widespread in Central Asia, Western Siberia, as well as in the Caucasus..

Photos and names of cereal herbs

Grasses can become a decoration of our summer cottages, if you learn how to use them correctly.. 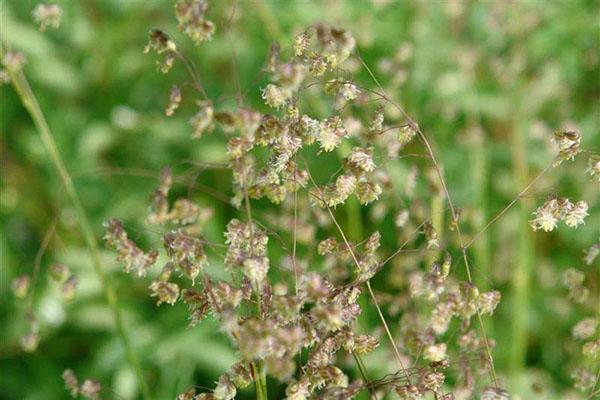 It grows mainly in the meadows of Europe. It resembles a bush with panicles of flattened spikelets. Loves sunlight and moderate moisture. Great for cattle and poultry. 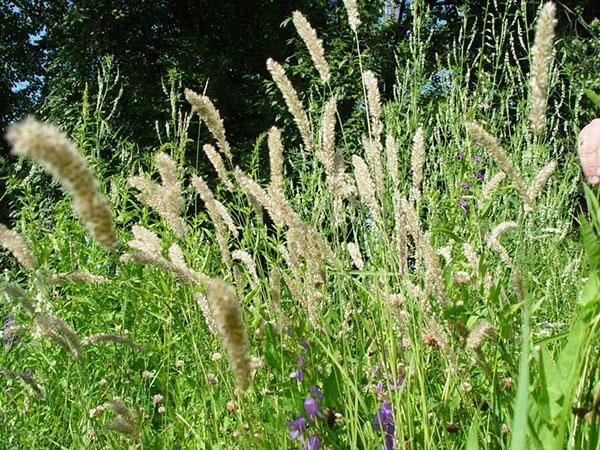 It is so called because its seeds are very similar to pearl barley. Perennial plant growing in forests, sometimes in steppes. It can often be found along the shores of lakes and swamps. Includes several varieties. 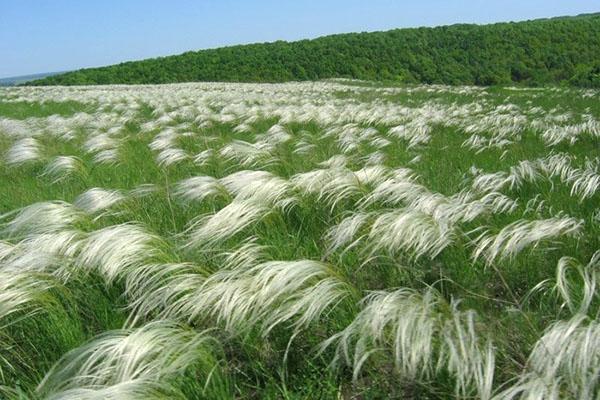 Inhabits European steppes, meadows. It has a long thin spikelet resembling a light gray thread from a distance. Very well suited as feed for farm animals. He needs sunny, neutral soils. Pollinated on its own. 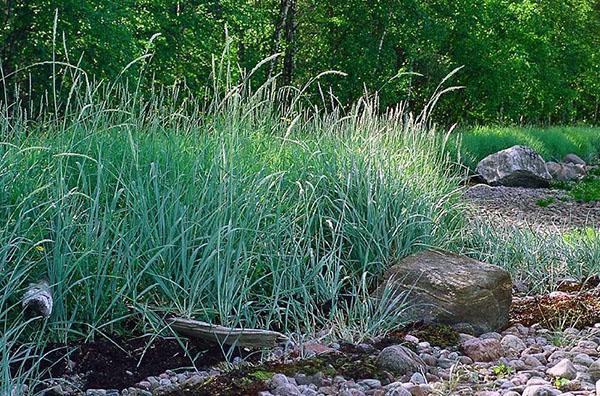 Grows in the southern parts of Europe. It has a long root as it grows on sandy soils. The plant is massive, with long thick spikelets. Leaf color – blue-green. 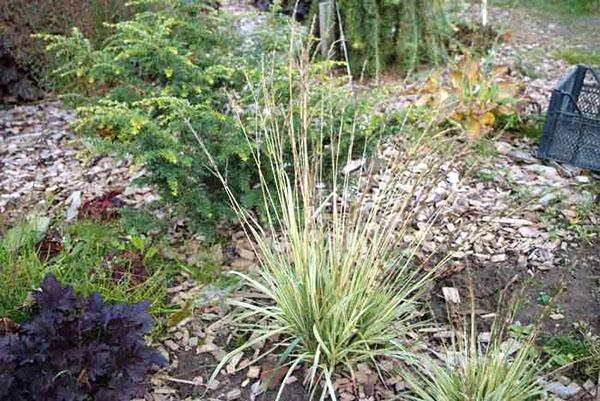 Large perennial plant. It is found in forests, swamps, as well as along the banks of rivers and lakes. It looks like a bush with straight leaves. Spikelets are paniculate, large, dark purple in color. Grows in the European part of the continent, in sunny areas or surfaces with moderate shade. Often used as an ornamental plant.

How to use cereals at their summer cottage – video