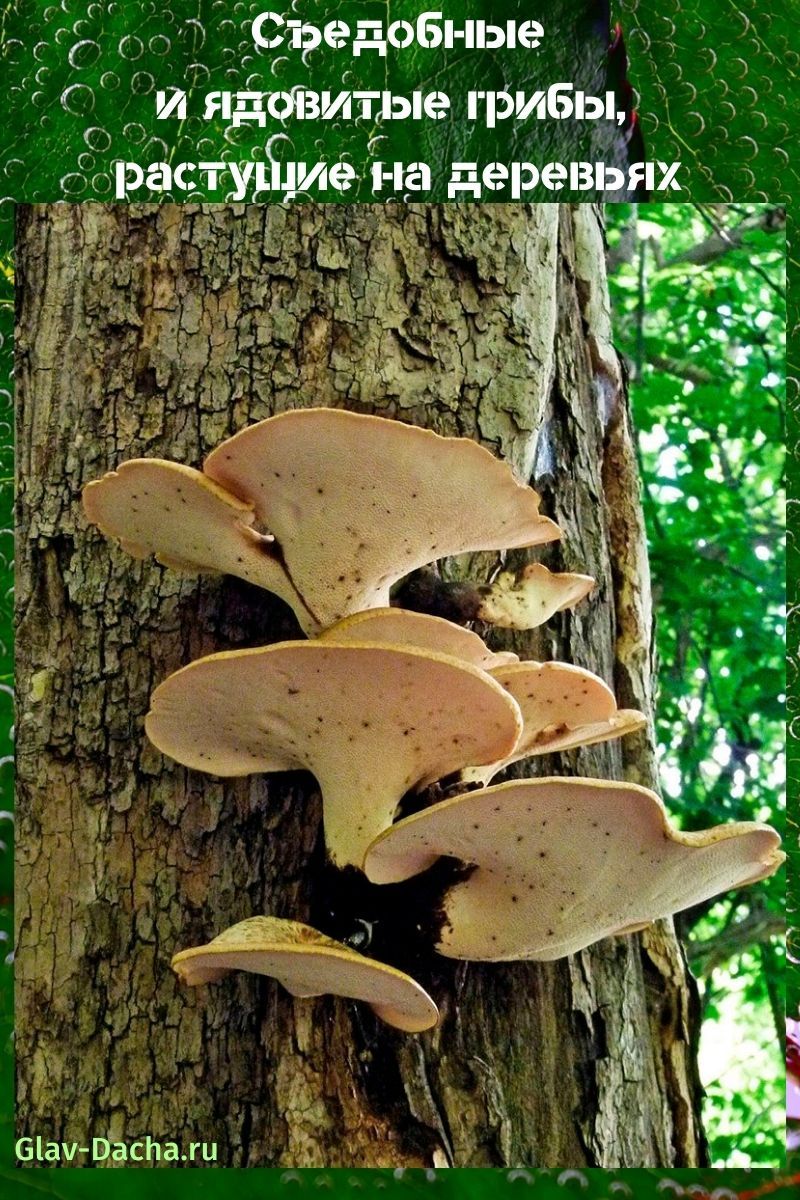 While walking through the forest, you can see a lot of mushrooms “living” on stumps or tree bark. Mushrooms growing on trees are most often ignored by mushroom pickers, because they are considered inedible. This opinion is erroneous – among the woody mushrooms, you can find many not only tasty and nutritious, but also medicinal varieties.. 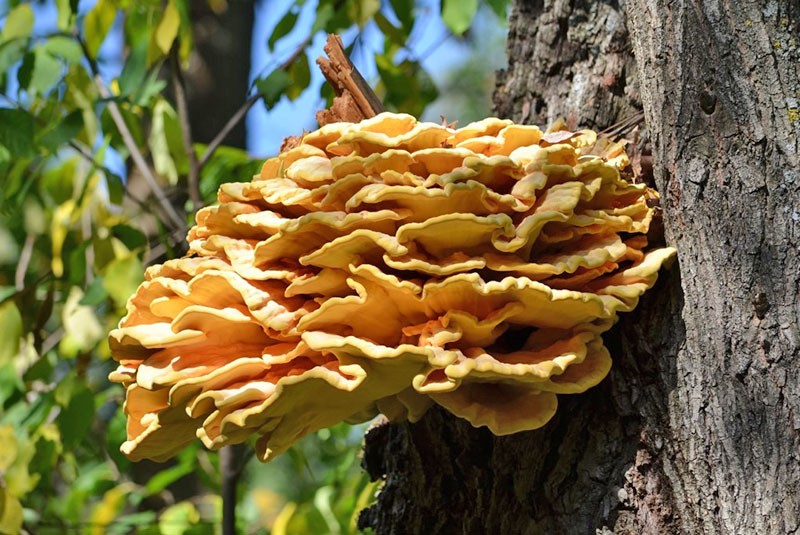 “Wood mushrooms” growing on log cabins, dry, felled or living trees can be edible, unsuitable for human consumption and poisonous. Such organisms are parasites, they use tree bark as a nutritious substrate..

There are several varieties of woody mushrooms.:

Mushrooms can appear on roots, branches, trunk, or tree stumps. Their spores penetrate into the deep layers of wood, extract useful elements from them and feed on them. They can have a traditional shape and are attached to the wood with a leg, or they can have the form of a shapeless mass, little resembling a familiar mushroom.. 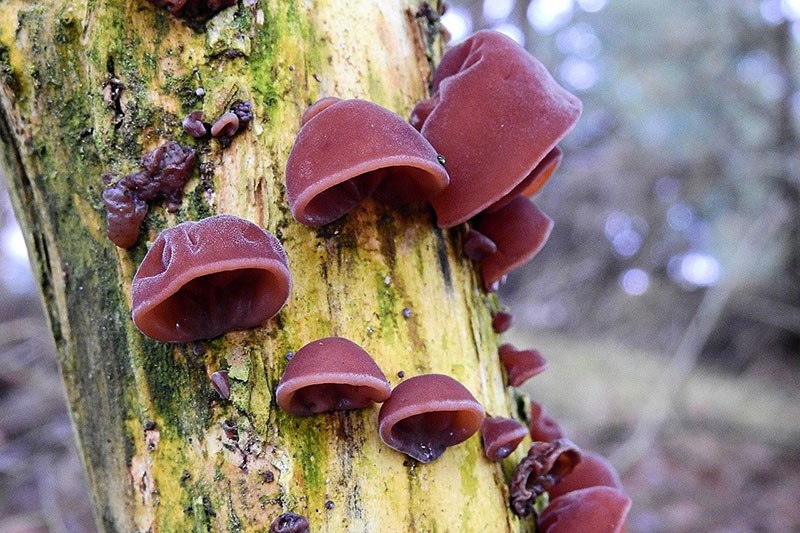 When choosing mushrooms growing on trees, it is very important to know the differences between edible and inedible species, because if some are used for food and medicinal concoctions, others can cause serious poisoning.

Edible mushrooms in the trees

Edible mushrooms on trees are found both in the environment of parasites and saprophytes. They can be seen on healthy and young trees, fallen stumps..

The most common edible mushrooms are:

In the liverwort, the fruits are in the form of tuberous growths, large and fleshy. The pulp is juicy, with a light fruity aroma and pleasant taste. Mushrooms can be eaten fried, pickled and salted. 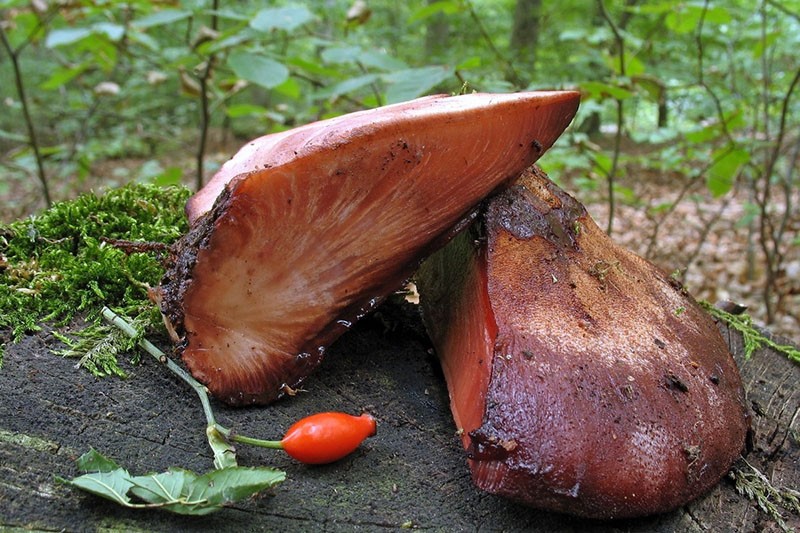 Most of the wood mushrooms are conditionally edible. This means that they are suitable for consumption only after preliminary soaking and prolonged heat treatments..

Therefore, if you are not sure that you can cook the mushroom properly, it is better to leave it on the trunk.. 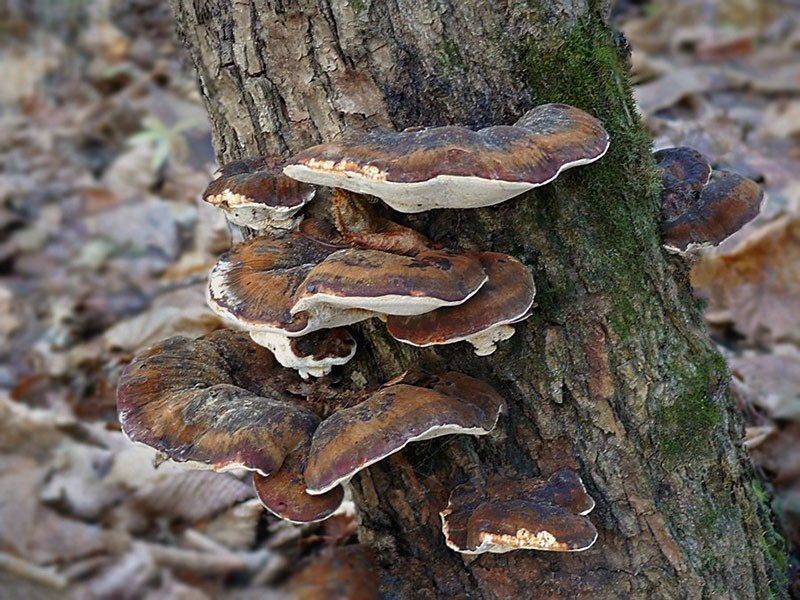 In the forest or garden, you can also see inedible and poisonous mushrooms that should not be consumed. This can lead to severe poisoning..

Inedible mushrooms that grow on trees:

One of the most dangerous and common mushrooms is a real tinder fungus. These mushrooms appear on walnuts, apple trees, pears and other deciduous and fruit trees. Outwardly, it looks like flat bodies of pale gray light with golden yellow edges.. 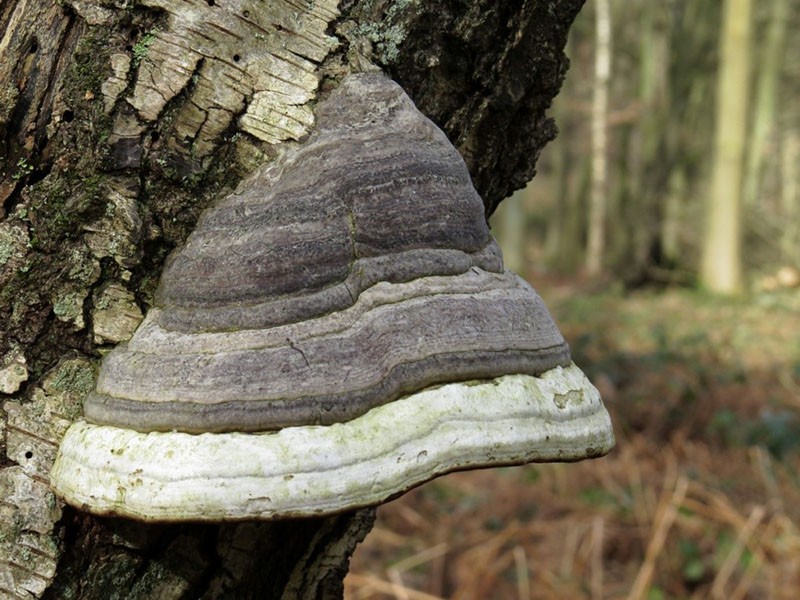 The polypore feeds on the tree for many years, eating away at its trunks and shoots from the inside. As a result, it becomes brittle and brittle, begins to exfoliate and simply crumbles into the annual rings.. 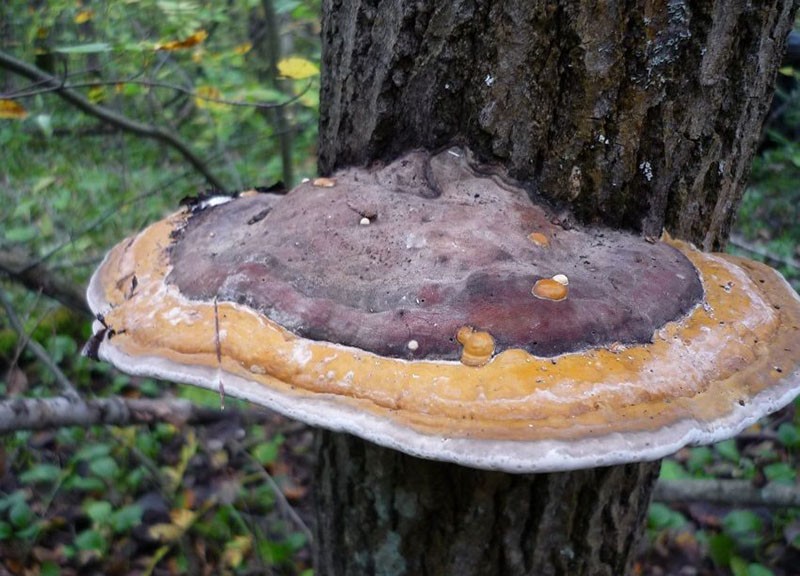 When figuring out which mushrooms grow on birch, alder or other deciduous trees, do not forget about medicinal varieties..

They are used for decoctions, infusions, as well as for the manufacture of many medicines.:

Many mushrooms prefer tree bark to soil. They can be edible, unfit for human consumption, or even poisonous. Medicinal mushrooms are distinguished separately, which are used in the pharmaceutical industry in the manufacture of medicines, as well as in herbal medicine..