Please tell us everything about such a culture as late Belarusian pear, description, photo, reviews about it, positive or not. I asked my husband to bring the seedlings of late pears from the city (we live in a village), so that they would be sweet and kept for a long time. He brought a Belarusian variety, and even as many as 3 trees were persuaded to buy. Tomorrow we will plant, we have already come to the autumn chill, it’s just time to plant. In the meantime, I am studying information about the variety, is it as good as it was painted for my husband?. 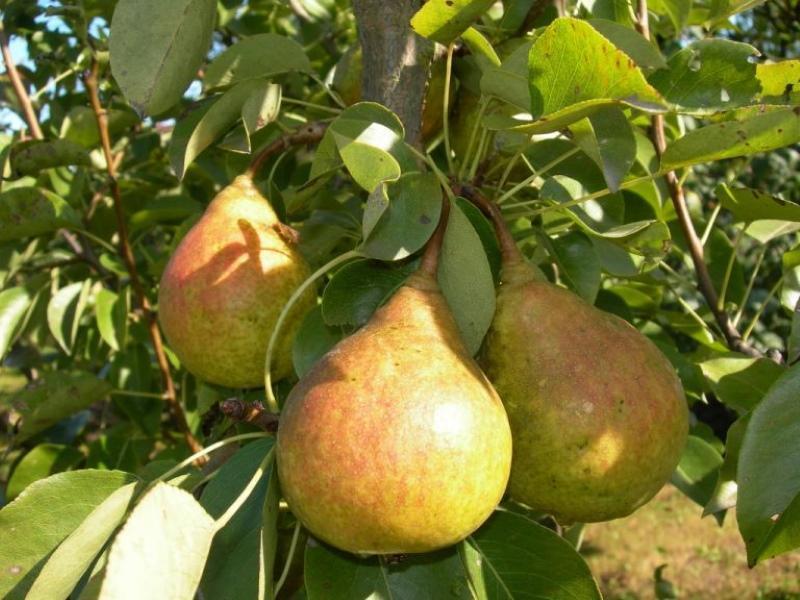 Its fruits are not very large, but very tasty and can lie almost until the end of spring, while the longer they are stored, the sweeter they become. Pear Belorusskaya late – description, photo, reviews about this variety mainly speak of a positive characteristic of the culture. Despite its relatively young age, and the variety is not yet 20 years old, this pear has already become known far beyond the borders of its homeland. Belarusian breeders tried not in vain and managed to create a winter-hardy variety with excellent taste characteristics and long shelf life.. 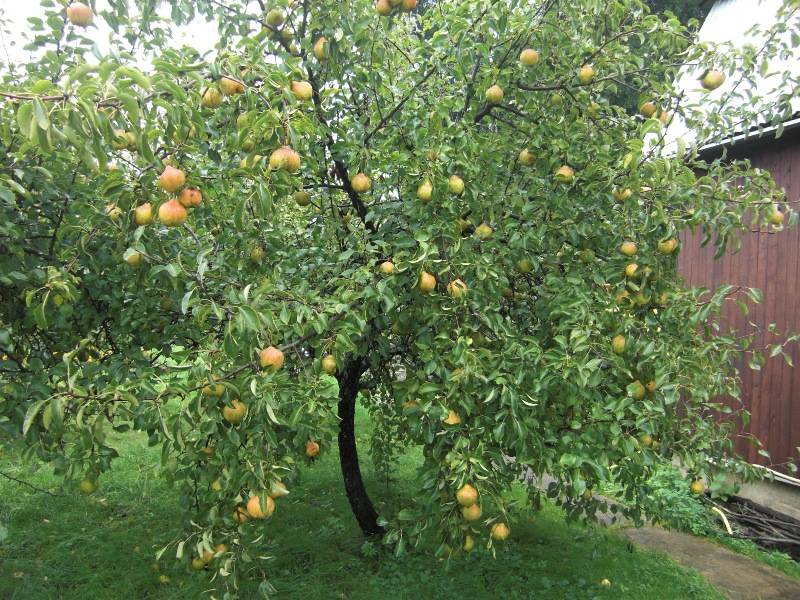 The tree itself is quite compact. Its average height is about 3 m, and the maximum is 5 m. The tips of the branches are bent upwards, but they grow at right angles to the central trunk, forming a spherical crown on their own and eliminating the need for pruning for this purpose. Curled around a pear and tips of small leaves, colored light green.

Like all late varieties, the Belarusian pear has increased frost resistance. And also due to the fact that its inflorescences do not bloom at the same time, no one will be left completely without a crop. Even if recurrent frosts suddenly appear during flowering, a part of the ovary that has not yet had time to open will survive. As it is already clear from the name, in terms of ripening, the variety belongs to the late ones. But regarding the entry into fruiting, the pear will delight with early maturity. The first harvest can be obtained in 2 years. 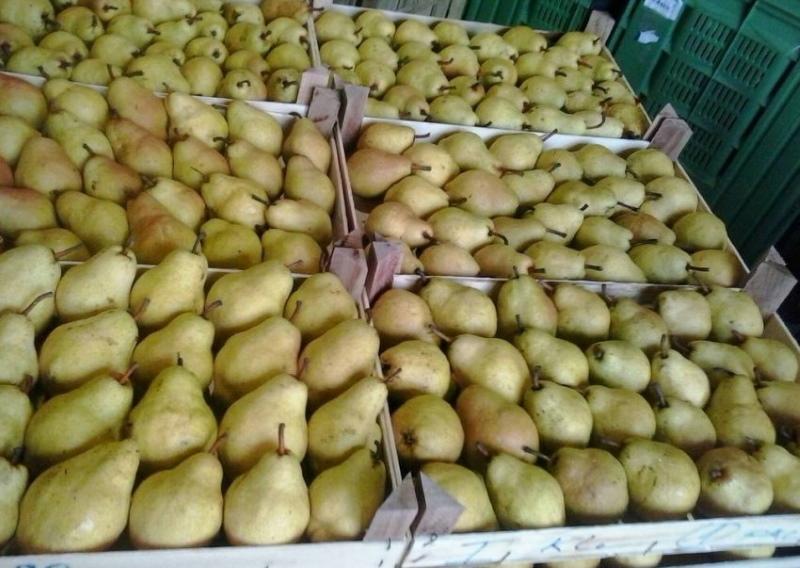 The yield of the variety is high – from an adult tree, you can collect from 70 to 120 kg of pears. Fruits are medium in size, about 100-120 g each, round and slightly flattened. At the harvest stage, the pears are green with a pink blush, juicy, sweet, but firm. During storage, the pulp ripens, becomes sweeter, softer, buttery. And the dense, rough skin is first painted yellow, then almost completely covered with a red blush. So storage only improves the taste and appearance of the fruit, but you need to keep them in a cool place. There they can lie until May.

The maximum yield can be achieved only by planting pollinating varieties in the neighborhood. The Belarusian pear has partial self-fertility.

Pros and cons of the Belarusian pear 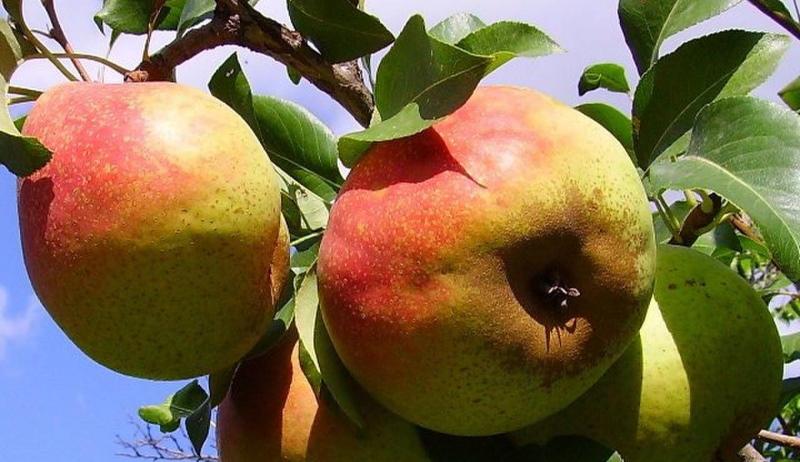 Among the advantages of the Belarusian variety, it is worth highlighting:

The disadvantages include the need for additional pollination. And from the reviews of gardeners who were able to get a bountiful harvest, it is known that the more ovary a tree gives, the smaller its fruits ripen. Others point out that during a rainy summer, the pear is often affected by scab. The variety is not immune to bacterial burns. But all these disadvantages can be corrected by timely preventive treatment of the plant and proper care for it. After all, sweet pears, which can lie in the pantry for almost six months, are worth the effort..