An unpleasant acquaintance or who are parasitic fungi 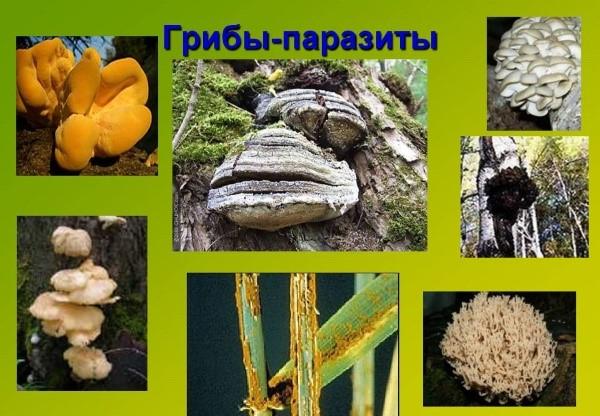 The mushroom kingdom is a unique world with immense boundaries that extend far beyond the forest. So, among the representatives of fungi there are species that need a different form of life, and the dominant ones in such relationships are parasitic fungi. A prerequisite for the development of such fungi is the presence of a host: the spores of parasites settle in it and feed on it, slowly destroying and killing it. It is noteworthy that the role of the host can be not only tree species, but also plant forms, and even living organisms. What are the types of parasitic fungi, and whom do they prefer to have a host, let’s talk about this a little today.

A whole dissertation can be written about the variety of forms and types of parasitic fungi. In short, depending on the specialization (the choice of the owner on which or in which the disputes settle), they are divided into two types:

Another classification of parasitic fungi comes from the method of reproduction and also divides them into two groups: 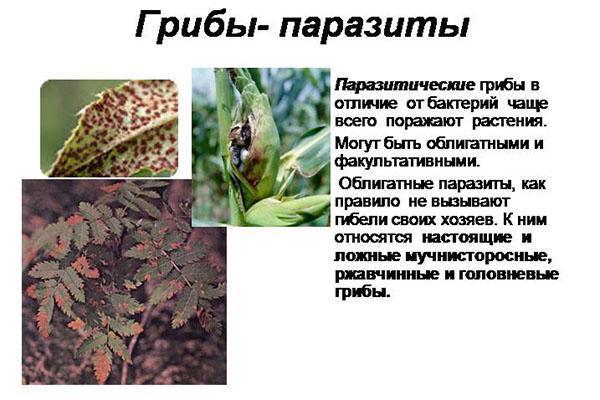 As for the choice of the host, depending on the specific type of parasitic fungus, they can be plants, tree crops, other fungi, fish, insects, animals and even humans. In the latter case, they cause a number of dermatological, fungal and mycotic diseases, unpleasant and even dangerous for the human body and requiring treatment, among them:

We bring to your attention a small selection of the most famous parasitic fungi with a short description and photo.

These fungi grow mainly on trees, including horticultural crops, penetrating under the bark of healthy wood through the smallest cut-shaped hole. Once there, the spores begin to develop actively, feeding on the sap of the tree and destroying it, and continue to master the space even after the complete death of the owner, passing into a state of saprophyte.

There are tinder fungi that can live up to 20 years..

Externally, tinder fungus may look different, but mostly have a semicircular shape. The flesh is quite tough, so it can be very problematic to separate some species from the trunk. The color also depends on the variety and is white, gray, orange and even reddish..

Most often there are such tinder fungi: 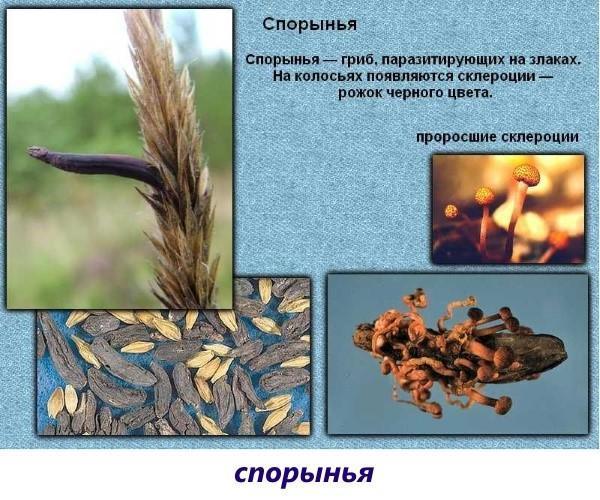 It settles on plants, in particular in the spike-shaped inflorescences of cereals (rye, wheat, oats), and feeds on them. It multiplies very quickly and infects large areas of crops: fungi secrete a sweet semblance of nectar, which lures small insects to itself. It sticks to the paws and is thus carried over. An adult and fully ripe ergot is clearly visible to the naked eye – almost black formations like horns (sclerotia) look out of the spikelets instead of grains. They winter well in the soil, getting enough sleep from their “nest”, and in the spring they grow and attack the plants again..

Ergot is a highly toxic parasitic fungus that retains all its properties even after heat treatment. Flour from infected cereals causes very serious human poisoning, up to and including death.. 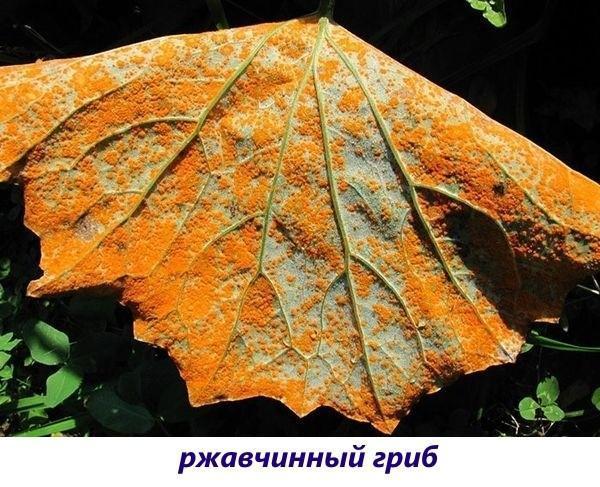 This parasitic fungus lives on leaves and stems, affecting mainly flowers, gymnosperms and cereals, as well as ferns. The affected part of the plant in a short time is covered with a bloom, which can be orange, brownish-red or almost black. 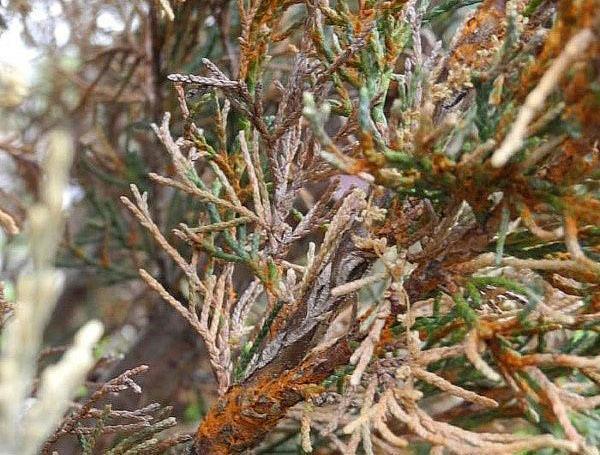 The mycelium multiplies within tissues, feeding on the host and killing it.

Rust fungus can migrate from one host to another.

No less dangerous are the forms of the fungus that inhabit trees and are called rust crayfish. Most often, fir crops suffer from it, on which the fungus gets from the grass growing under them. As a result, the needles turn yellow, and the branches are covered with a yellow-brown bloom. If nothing is done, the trunk will soon become bare and covered with growths..

The smut is a real disaster for cereals and corn, among which it lives, feeding on them. It is quite difficult to cure the affected cereals, since the mycelium has a high viability. The affected cereal is visible with the naked eye: instead of grains, black formations are formed in the ear, and the embryos of the grains themselves are completely “consumed” by the mushrooms, as a result of which the spikelets turn black.

Depending on how the lesion manifests itself, two types of smut are distinguished:

Mass infestation mainly occurs during harvest, when spores stick to the grain. Together with the harvest, they are stored until sowing or they hibernate, crumbling in the soil, and begin to germinate as soon as the temperature and humidity rise.. 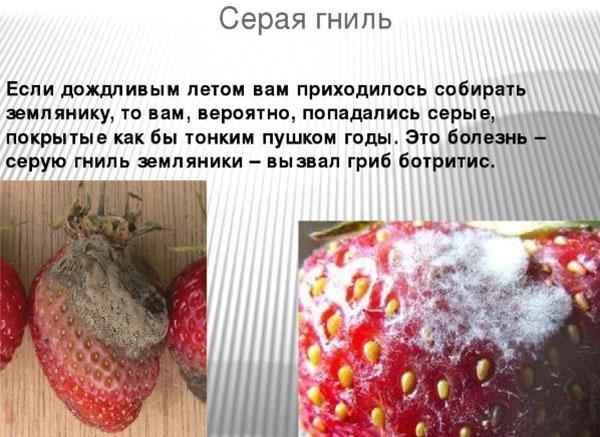 Botrytis is well known to gardeners, because it is he who causes the disease of fruits with gray rot. The shape of the fungus can be very diverse, but most often the asexual stage occurs, when the affected cultures are covered with a gray bloom. Spores are found in the soil or in plant debris, and in wet and warm weather they are carried through the air, falling on leaves, fruits or berries.

A prerequisite for the development of a fungus is the presence of dead tissue. Having “settled down” in such areas, Botrytis spreads over the entire remaining living area, killing the plant completely.

Garden, flower and garden plants can be victims of the fungus, for example:

It is categorically impossible to eat fruits and berries infected with gray rot.. 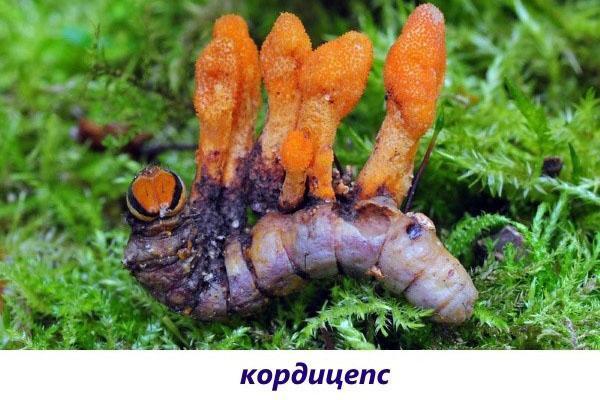 In addition to fungi that parasitize plants, there are also species that live organisms choose as the host. One of them is a unique creation of nature called cordyceps. The spores of the fungus begin their life cycle when they enter the caterpillar of certain species of moths. There they develop, feeding on a caterpillar and gradually turning it into a brown-yellow mummy, until they completely kill, germinating through the body..

In oriental medicine, cordyceps is a valuable and very effective drug, with the help of which a large number of diseases are cured, in particular, heart, oncology, male problems, etc..

It is possible to list and describe the varieties of parasitic fungi for a very long time. Although they have different owners, they all have the same nature: to survive at the expense of others, which is why mushrooms are called parasites. If you are fond of farming, horticulture, gardening or flowers, regularly inspect your property so as not to miss the appearance of these intruders and to destroy them in a timely manner. Be carefull! And watch your health!