Dorotheanthus – planting and care in the open field for crystal chamomile

Does dorotheanthus overwinter in the garden, planting and care in the open field for it have features? I always buy seeds out of season, when there are discounts and sales. So yesterday I went for a purchase, and they gave me flower seeds as a gift as a wholesale buyer. Among them was a dorotheanthus, I did not even know before that such a thing exists. How to sow it, you need to immediately plant it on a flower bed or seedlings, and what to do with it later in winter? 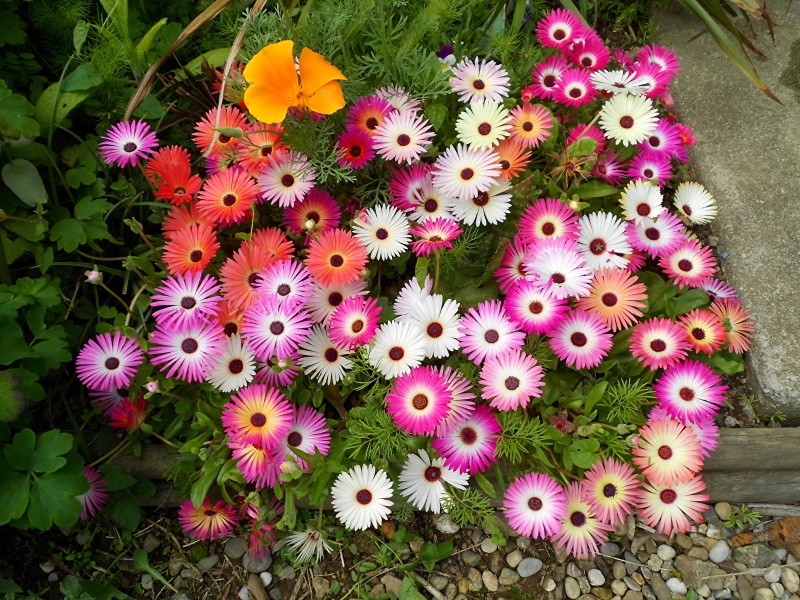 These charming little bushes are extremely unpretentious. They do not need any feeding or frequent watering, only warmth and sun. This is one of the amazing and rare succulents – dorotheanthus, planting and caring for which in the open field is many times easier than for other garden crops. There is tremendous power hidden in the compact rosettes that are spread over the flowerbed. You only need to plant a flower, and then it will literally grow by itself, delighting with numerous bright flowers.

Dorotheanthus – planting and care in the open field 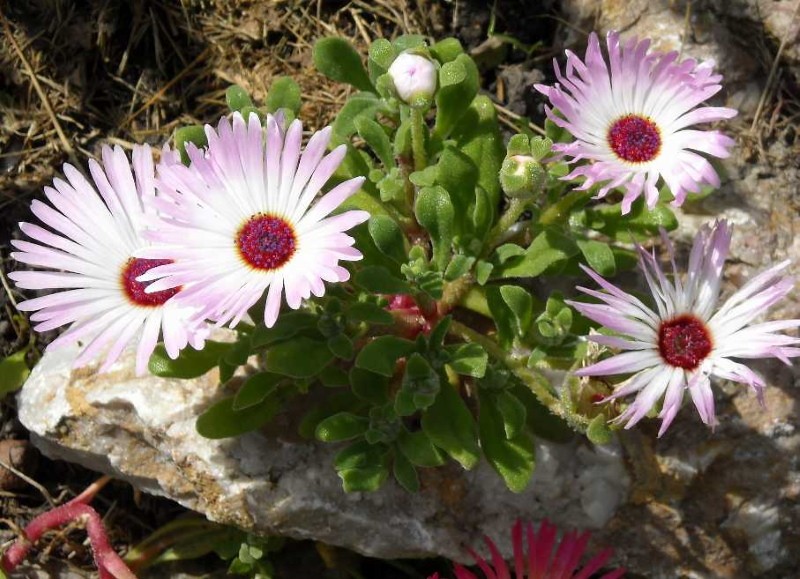 The flower belongs to the Aizaceae family and is a succulent. The second official name for the culture is even more complex – mesembriantemum. In natural conditions, in hot and dry Africa, it is a perennial. In our climate, dorotheanthus is most often grown as an annual, sowing seeds annually. Only in the southernmost regions, where there is no freezing temperature in winter, you can try to keep it in the garden, covering it well.

The plant has fleshy creeping stems and juicy oval leaves. After watering or rain, they increase in size, as they are saturated with moisture “in reserve”. And the surface of the leaves has a thick hairline, which shimmers exquisitely in the sun. For this, the flower is popularly nicknamed “crystal chamomile”. Dorotheanthus flowers really look like chamomile, only with narrow petals. In their color there are almost all the colors of the rainbow, and the diameter of the flower does not exceed 5 cm.The height of the bush itself is not more than 25 cm, and there are absolutely crumbs up to 5 cm in height.Flowering lasts from mid-summer to the very frosts.

How, when and where to plant dorotheanthus 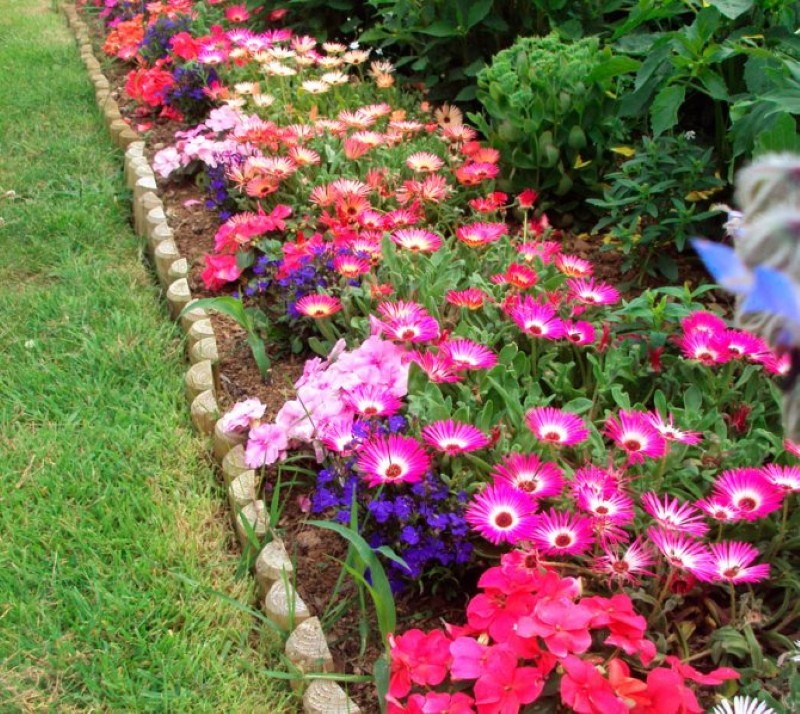 Crystal chamomile propagates by seed method. You can sow it:

In the garden, for unusual succulent daisies, the brightest place should be taken. After all, its buds bloom only after lunch, under the sun’s rays. Only some varieties continue to bloom as vigorously and for a long time in partial shade. Most of the flower species need the sun, but all of them are not demanding on the composition of the soil..

Features of caring for a crystal chamomile in the garden 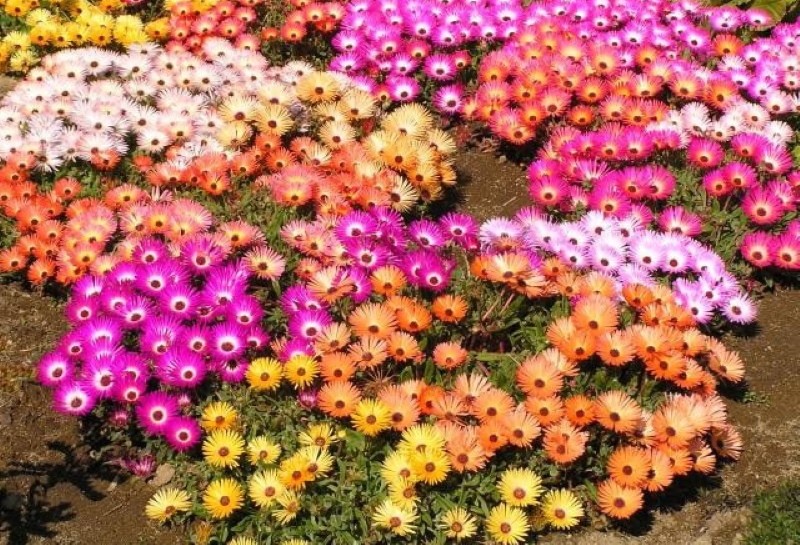 In fact, there are no special features. Dorotheanthus grows beautifully on its own. It is rarely necessary to water it – an excess of moisture for a succulent threatens rotting of the root system. And the roots that go into the soil to a depth of 30 cm can themselves provide the bush with moisture. The flower also does not need feeding, because in natural conditions it does with what it has, so I’m used to it..

The only thing that matters is protection from the cold. If return frosts are predicted in the spring, and the crystal chamomile has already risen or planted with seedlings, it needs to be covered. However, there is always another option: to plant the dorotheanthus in a pot and take it to the house. There it will grow for many years and will not freeze. Maybe not so lush, since there is less light in the room, but certainly no less beautiful.