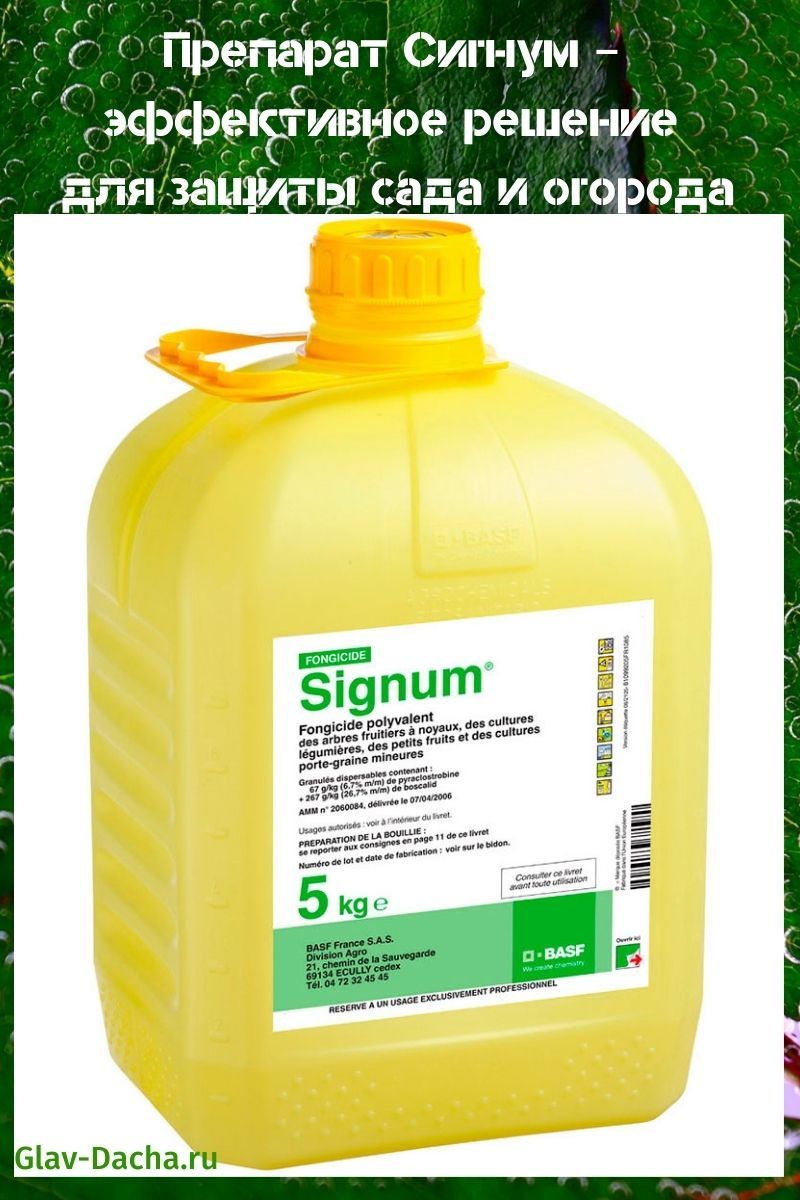 Signum is a modern fungicide with high efficiency and a wide spectrum of action. It is designed to combat and prevent fungal diseases in grapes, stone fruits and vegetables. The drug does not have a phytotoxic effect, therefore it is absolutely safe for the future harvest.. 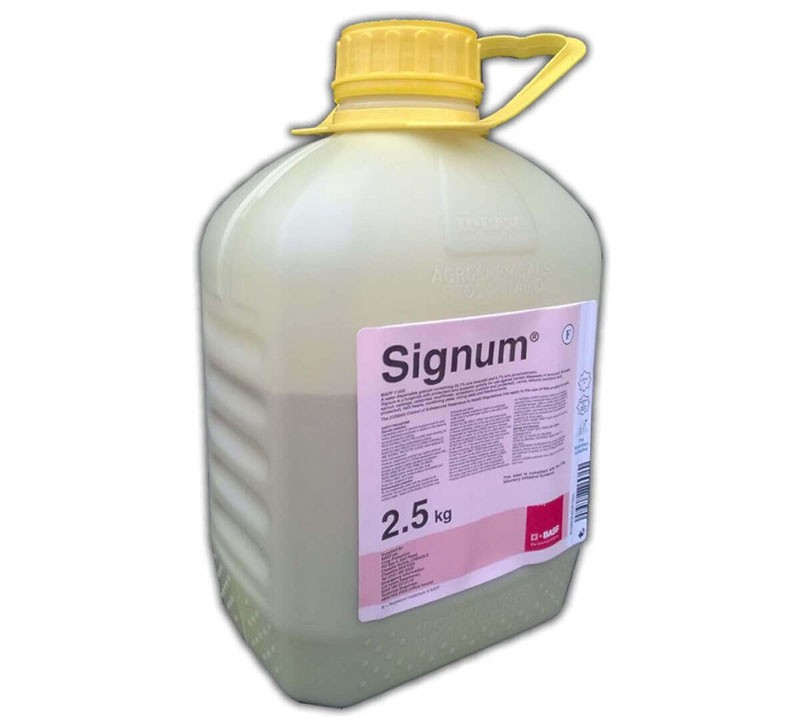 The composition of the fungicidal preparation Signum is represented by two active ingredients belonging to different chemical categories – boscalid and pyraclostrobin:

These active substances belong to different chemical groups, but their combination provides a high efficacy of the Signum drug, the absence of resistance in pathogenic microorganisms and a long-term protective effect..

Signum is produced by BASF in the form of granules intended for dissolution in water. Fungicide is packaged in containers weighing from 1 to 5 kg.

How the fungicide works 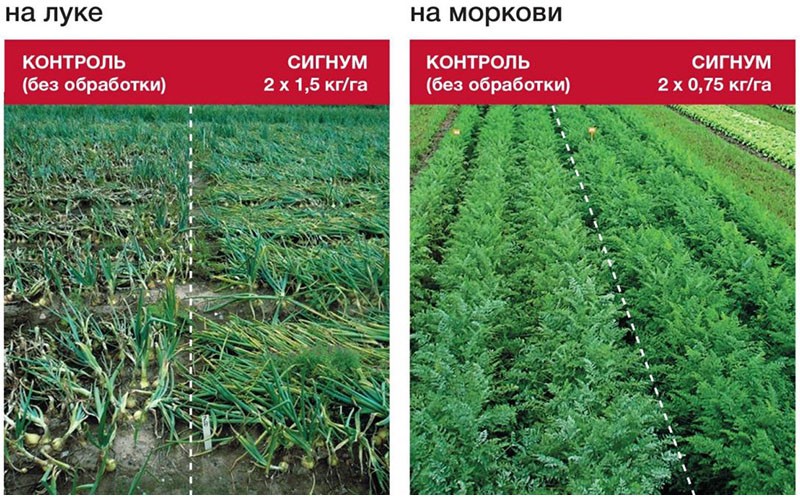 The use of the drug Signum is intended for the prevention of fungal diseases, as well as the treatment of already infected stone fruits, vegetables and grapes..

Signum is used for the following crops:

The use of the fungicide Signum is most effective against diseases such as gray and white rot, alternaria, late blight..

Instructions for use of the drug Signum 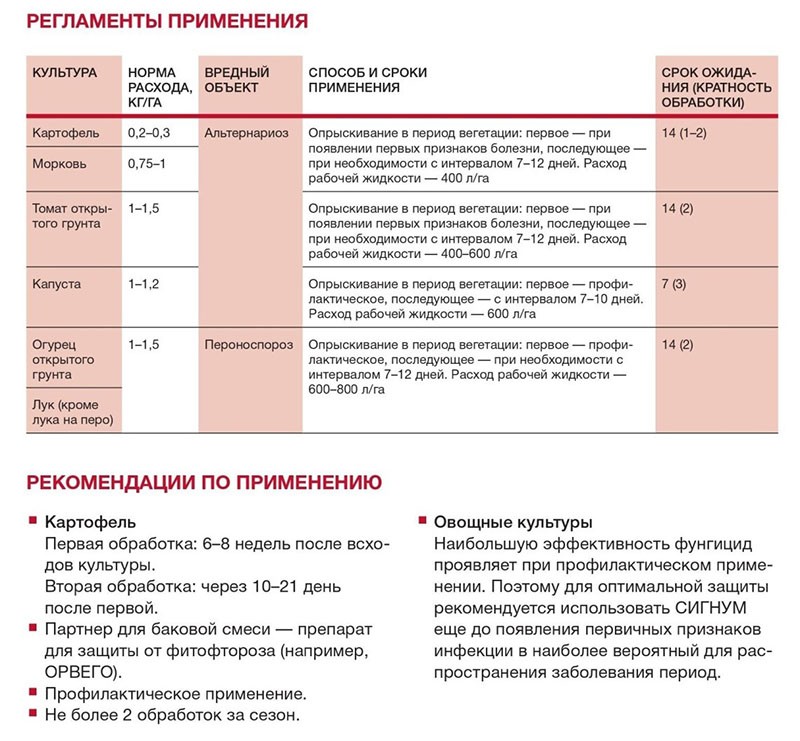 Instructions for the use of the Signum fungicide and the consumption rate of the drug depend on the specific type of culture:

During the growing season, it is recommended to carry out no more than two treatments with Signum fungicide. Depending on the type of culture and the degree of its defeat by pathogenic microorganisms, the period of protective action is 10-15 days. 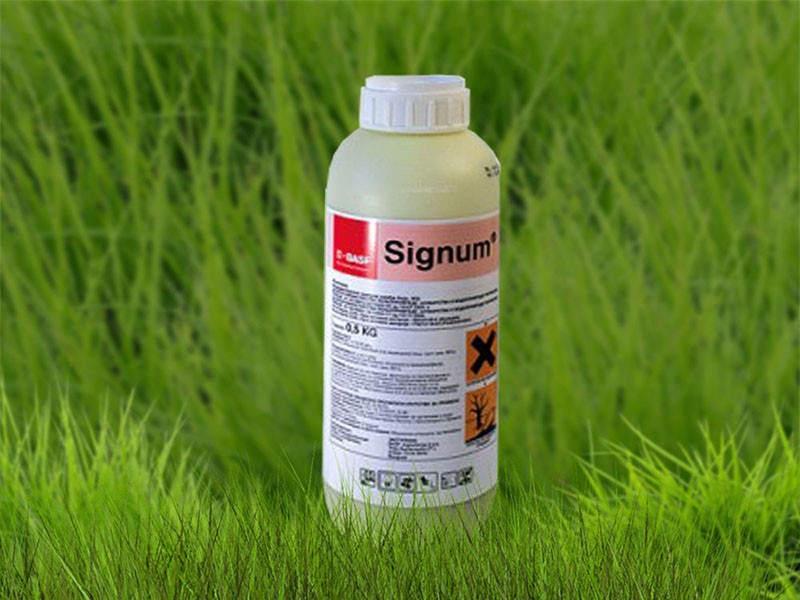 In order for the treatment with Signum to bring the most pronounced and quick result, you need to take into account the basic rules for the preparation of the working solution and the procedure:

Signum is a new generation fungicide that has gained popularity among farmers due to its high efficiency, broad spectrum of action and versatility of application. The drug can be used both for treatment and for the prevention of fungal diseases in fruit and vegetable crops. Due to the absence of a phytotoxic effect, it does not carry any harm to the future harvest..