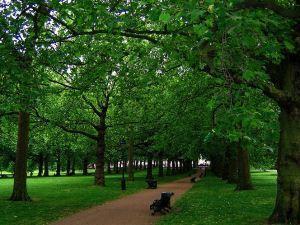 Park “Muscovy” – this is how it is planned to name the new natural zone, which will be located along the valley of the Moskva River within the boundaries of several districts of the main city of the country.

According to the press service of Mospriroda, the new natural park “Moskovia” is planned to be located within the borders of the Mozhaisky, Odintsovsky, Istrinsky, Krasnogorsky and Ruzsky districts along the Moscow River. It will also include the adjacent woodlands located between Novorizhskoe, Mozhaiskoe and Volokolamskoe highways..

A green zone with a total area of ​​about one hundred and fifty thousand hectares will be united. According to the project, the new park is much longer than the well-known Losiny Ostrov (for comparison – 11,600 hectares).

On this territory, in addition to cultural monuments and forest plantations, there are summer cottage associations and cottage settlements. When planning, it was decided not to carry out the elimination of all existing buildings. They will be included in the park without violating the rights of private property and without being removed from property. But at the same time, after the complete registration of the legal status of the national ecological zone, a ban on land use and construction will be introduced..

The main goal of this new large-scale project is the preservation and renovation of cultural and natural monuments of the Moscow region. After all, the green spaces located in this zone are the so-called “lungs” of the capital.