What do we know about the medicinal properties of dandelions and contraindications to their use? 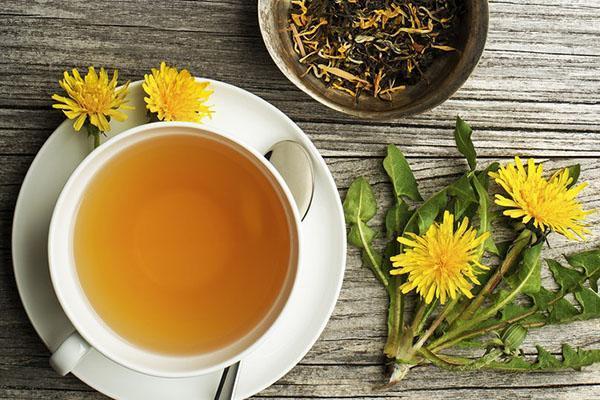 Dandelion is one of the most common herbaceous plants in the Northern Hemisphere. It is not surprising that dandelion, the medicinal properties and contraindications of which are still in the center of attention of physicians, has long served as a raw material for healing infusions and lotions.. 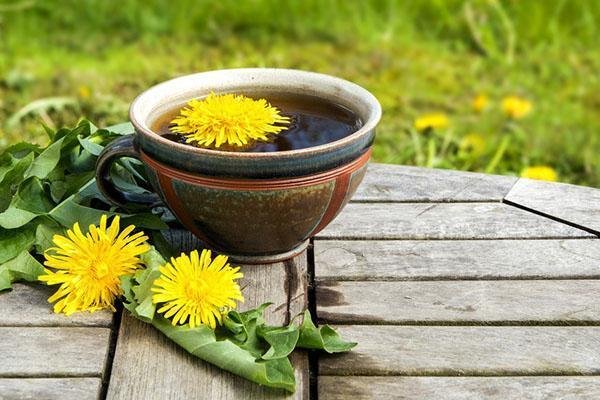 As soon as the snow melts, yellow dandelion inflorescences open in central Russia. Over the summer, flowering occurs 1–2 more times, the field of which the golden caps turn into a cloud of air parachutes, scattering for many tens and hundreds of meters. Due to the high spreading rate and unpretentiousness in most regions of the range, the crop has become a weed.

A perennial rhizome plant with a basal rosette and inflorescences-baskets on erect hollow peduncles settles on the sides, on lawns and wastelands, that is, almost everywhere. A powerful taproot helps dandelion to receive nutrition and moisture in the most adverse conditions. And he, and the leaves, and the stems of the plant are rich in white milky sap, which oxidizes in the air and, when dry, changes color to brownish-brown.

As a result of a comprehensive study of the properties of dandelion, it turned out that there are bioactive substances in all parts. What is valuable in plant raw materials? Why dandelion is good for you?

The biochemical composition and health benefits of dandelion 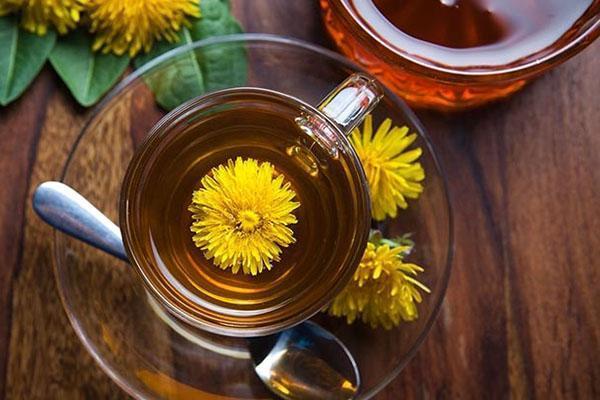 Dandelion is traditionally used in folk medicine, adopted by the official pharmacopoeia. The plant owes this recognition to its rich biochemical composition..

The medicinal properties of dandelion and contraindications to its use are the result of the work of active substances in the composition of rhizomes, stems, flowers and leaves of the plant:

The medicinal properties of dandelion flowers are due to the abundance of vitamins, including ascorbic acid and lutein, proteins and mineral salts. Dandelion yellow perianths are raw materials for the original jam, to which the plant transmits its sunny color, minerals and proteins. 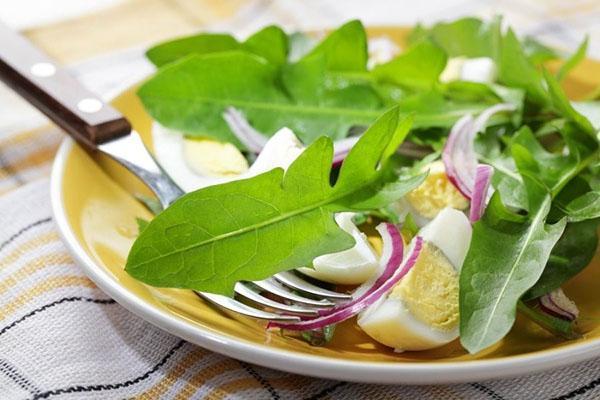 The leaves of the plant, elongated, with a jagged edge, contain the same compounds as in the yellow fluffy flowers. But greens contain much more protein and phosphorus, so young foliage is used as a valuable dietary product, adding to salads, snacks, marinades and pie fillings. With a lot of useful properties, dandelion leaves have contraindications. As it grows, bitterness accumulates in the greens, changing the taste of the foliage, which is no longer so pleasant to eat. 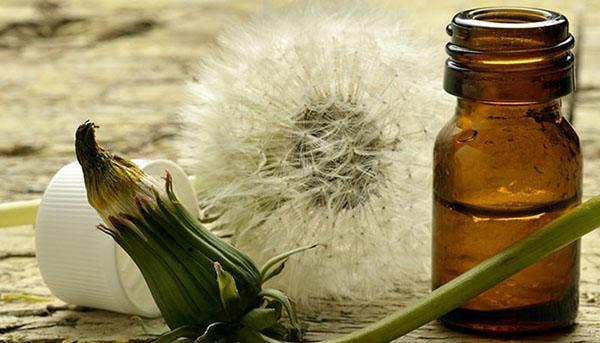 Most of all useful substances in the powerful, taproots of dandelion. Their white dense fabric contains:

What are the medicinal properties and contraindications of dandelion root? All of the listed substances are useful in one way or another. Inulin plays a special role, which works as a natural sorbent that removes toxins and toxins from the body, stimulates the digestive function, and forms fructose and its derivatives in the stomach.. 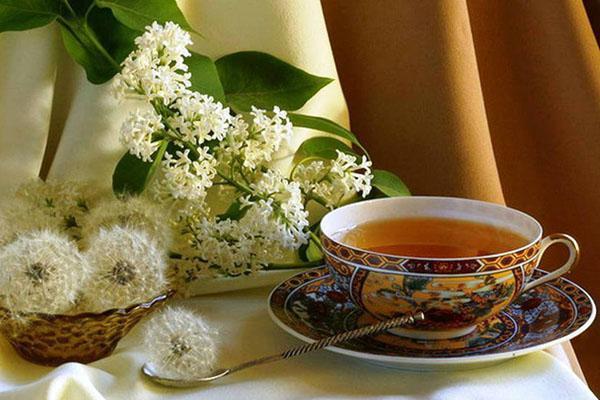 Dandelion is a plant whose greens and rhizomes have tonic and stimulating properties. Essential vitamins, minerals and amino acids replenish the depleting reserves of the body, supply it with energy and create a foundation for development, regeneration, renewal.

In addition, preparations based on herbal raw materials, and used for the health benefits of dandelion: 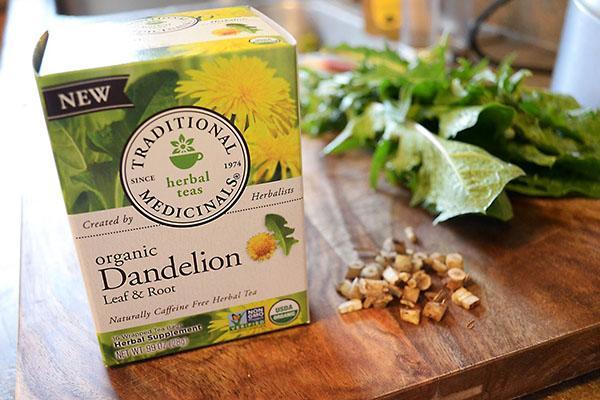 Dandelion has a beneficial effect on the composition of the blood, activating the production of red blood cells and white blood cells, which are designed to fight the sources of inflammation. In the list of medicinal properties of dandelion and contraindications to its use – bactericidal, anthelmintic, antifungal effects.

Indications for the use of medicinal dandelion 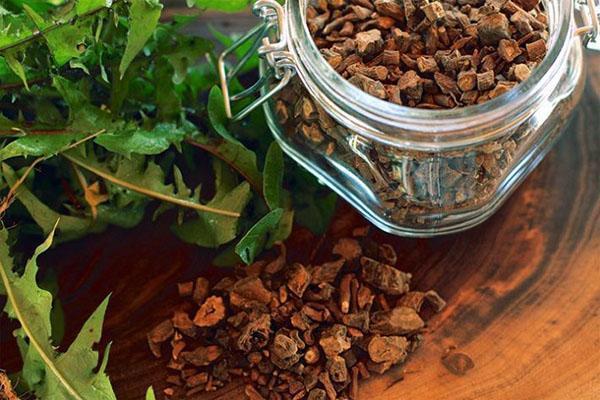 Dandelion has many beneficial properties that are used in traditional and official medicine. Dandelion is used as a tonic and stimulating agent for metabolic processes. Herbal remedies rich in inulin are beneficial for diabetes. They stimulate metabolism, maintain lipid balance and are effective against weight loss and diseases of the immune system..

For the same reason, dandelion tea is drunk in order to cleanse the body of toxins and toxins. Herbal medicine using this plant helps to improve blood composition, safely relieve swelling, and maintain healthy bones and joints. With rheumatism and arthritis, dandelion not only heals, but also relieves pain.

As a diuretic dandelion helps to cope with the effects of food poisoning, high blood pressure, edema.

At the same time, treatment does not lead to potassium deficiency, but resists the development of pathogenic microflora, has an anti-inflammatory effect and is prescribed for diseases of the bladder and kidneys.. 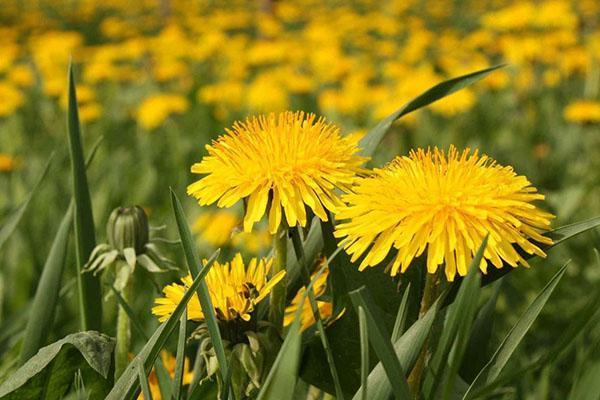 Dandelion-based preparations are useful for constipation, lazy stomach syndrome and other digestive tract problems. The plant, if used as directed by a physician, is effective in liver diseases.

Dandelion root is used in oncology as a supportive agent that naturally stimulates regeneration and has cleansing properties. In addition, dandelion improves blood composition, relieves inflammation and maintains a normal metabolism..

When used externally, dandelion herb helps in the treatment of acne, eczema, warts and dry calluses, as well as burns, abscesses and other inflammatory processes..

Contraindications to the use of medicinal dandelion 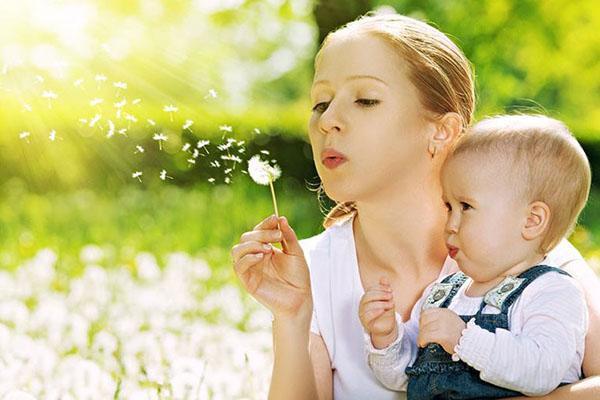 A high concentration of bioactive substances is not only a guarantee of usefulness, but also a risk factor. It is not surprising that with a lot of useful properties, medicinal dandelion has contraindications..

Tea, broth and other herbal preparations should not be taken if the gallbladder is malfunctioning and the bile ducts are blocked. Contraindications are diseases of the gastrointestinal tract, for example, gastritis, peptic ulcer disease. Even indigestion can be aggravated by the laxative effect of dandelion. The same effect, as well as the irritant effect, would be undesirable in pregnancy and for young children..

Components of plant materials can cause an allergic reaction, itching, swelling, redness of the skin and mucous membranes.

For the use of dandelion in traditional medicine to be truly useful, do not neglect the recommended dosages. And before you turn on herbal tea, broth, lotions, you need to consult with your doctor and get his approval.

In case of an overdose of a dandelion-based product, such negative reactions as indigestion, dizziness, nausea are possible..

When to harvest dandelion root for medicinal purposes 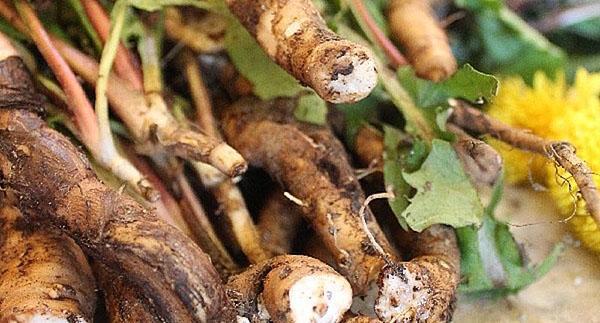 The content of nutrients in plant materials varies depending on the season. If the roots and leaves are harvested at the wrong time, the benefits of taking the drug will be greatly diminished..

When to harvest a dandelion so that the medicinal properties of the plant are maximized? It is best to dig up the roots in the fall, when the plant accumulates silt for wintering, or in early spring before flowering..

Large roots cannot be obtained by hand, so a sharp bayonet shovel will be required on the workpiece. Once the plants have been dug up and washed, they are dried on wooden or plastic pallets. After 4–5 days of being in the shade, in a dry ventilated room, the raw material is ready for storage. At 40-50 ° C, the process goes faster, but the temperature should not be increased anymore, otherwise most of the vitamins, essential oils and acids will simply evaporate.

The herb, unlike dandelion roots, is harvested for medicinal purposes when the plant is already in bloom. Fully dried raw materials are stored in glass containers or paper bags, protected from moisture and sunlight.

Video about the elixir of life – dandelion