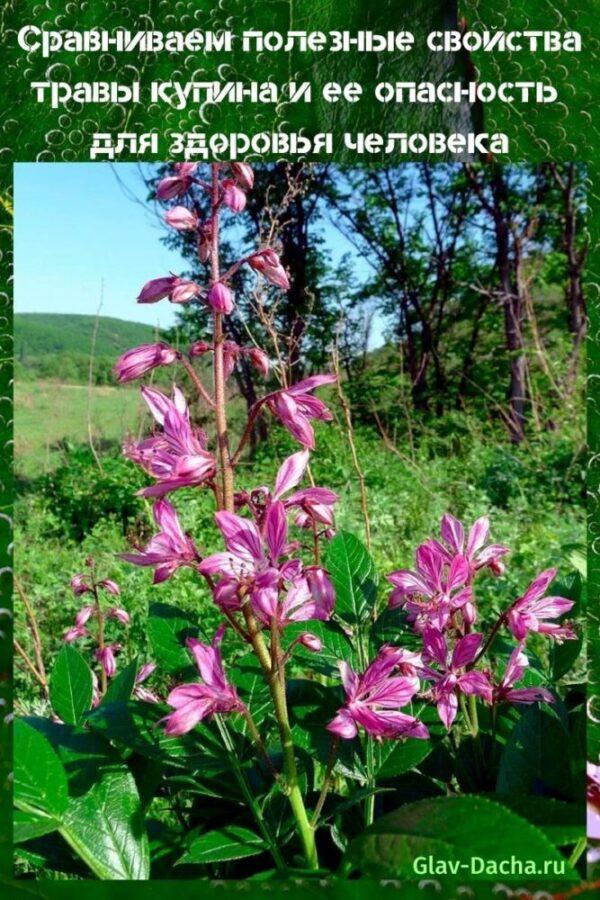 The useful properties of bush grass are little known, but many know it as one of the most interesting and mysterious plants growing in our latitudes. By releasing a huge amount of essential oils, it saturates the air around itself with them so much that the ether instantly flares up when approaching the flower of a lit match. After the combustion of essential oils, the plant remains untouched by the flame, which is why its name went – the burning bush.

Description of the grass burning bush 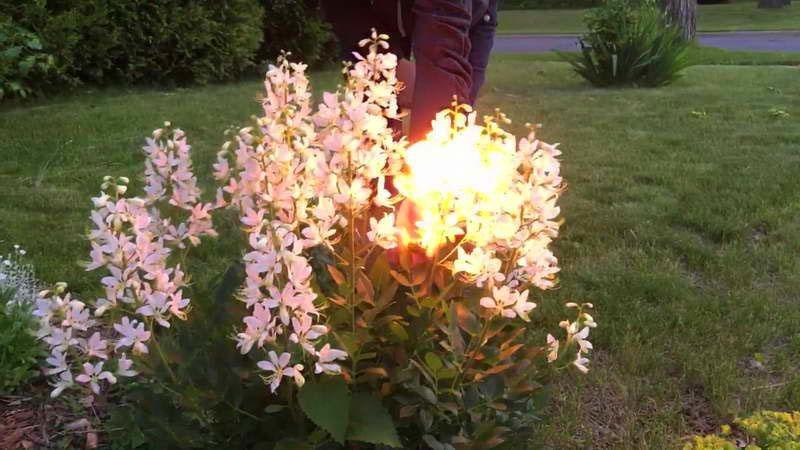 Burning bush grass is a poisonous plant widespread on the Crimean peninsula, the Caucasus, Asia, in many European countries and the Russian Federation. In our latitudes, its cultural, less poisonous varieties are increasingly found, decorating personal plots and city park areas. 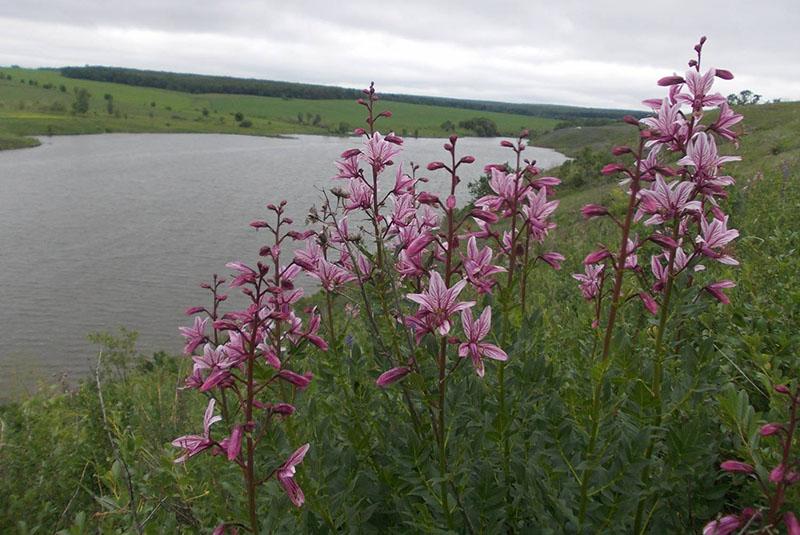 The plant of the Rutov family is a low-branched perennial herbaceous shrub that reaches a meter height during the first year of vegetation: 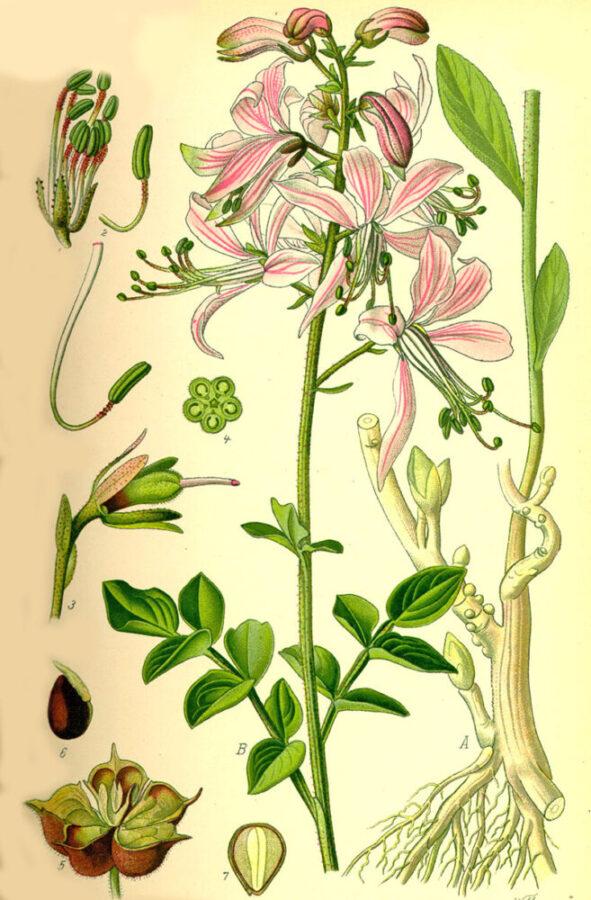 The composition of the ash tree has not been studied enough, but it is known that the plant belongs to the poisonous. Its wild form is especially dangerous. The composition of the bush contains anethole and metlhavikol, which give the flowers a strong aroma, reminiscent of the smell of orange peel.. 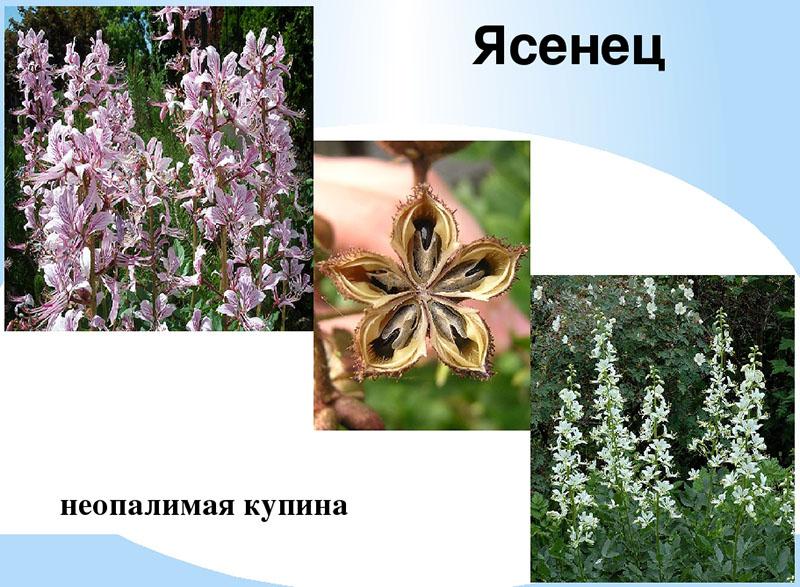 The roots contain a large amount of fatty acids and sitosterols. 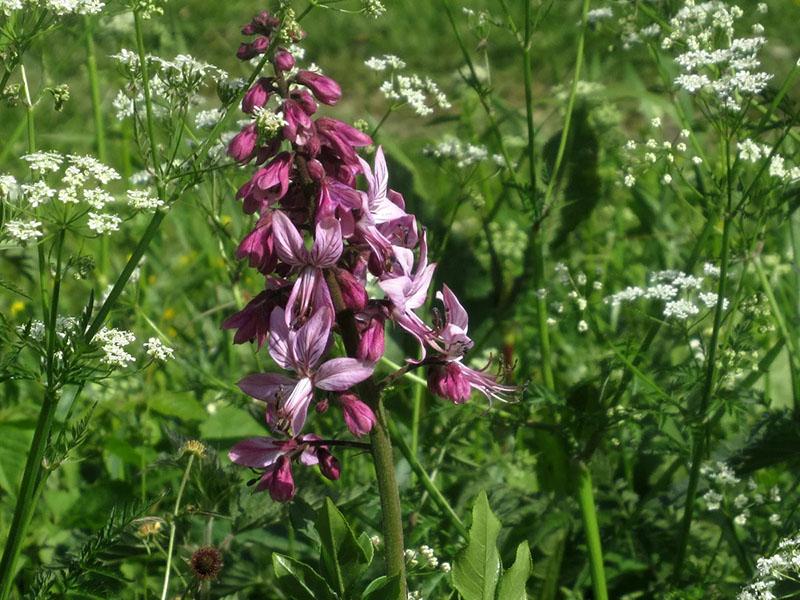 The aerial parts of the plant secrete about 0.5% of essential oils, which are produced in small bubbles located on its leaves and stems. Touching parts of the plant in sunny, calm weather, when essential oils are released in especially large quantities, leads to severe itchy burns. It is noteworthy that the burn does not appear on the skin immediately, but only after 20-26 hours and is accompanied by the appearance of blisters, which later turn into ulcers. The defeat of the skin is accompanied by fever and severe weakness.. 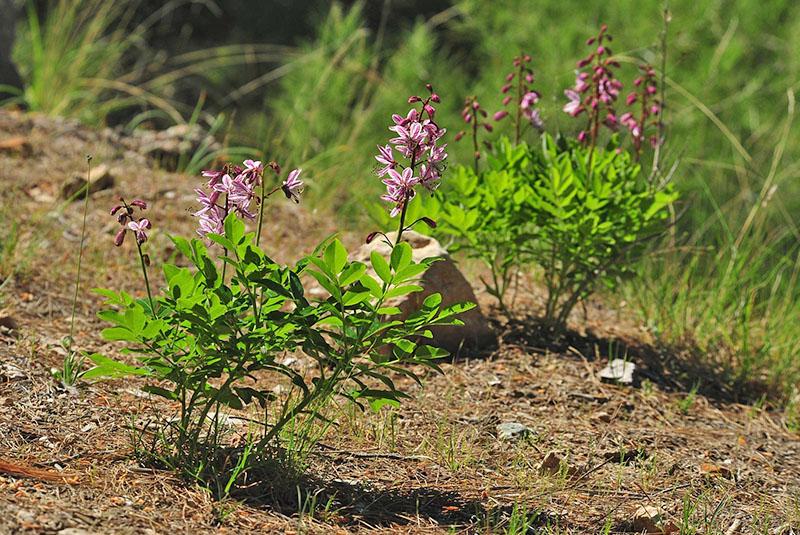 You cannot smell the flowers of the bush. Strong citrus scent can cause severe headaches and dizziness.

In cloudy weather, ash tree does not pose a health hazard. 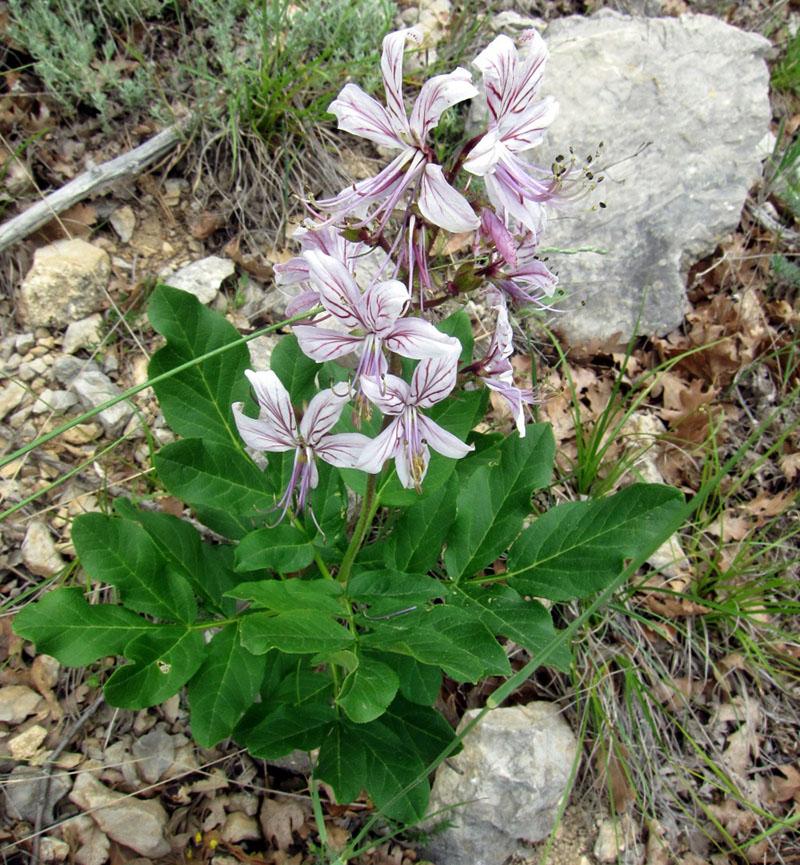 Despite the fact that the ash tree has not found application in official medicine, there are many recipes among the people based on the following medicinal properties of the herb:

It should be remembered that it is categorically impossible to use bush grass on your own to eliminate health problems. The slightest mistake in dosage and misuse can lead to disastrous consequences..

What does the burning bush help from 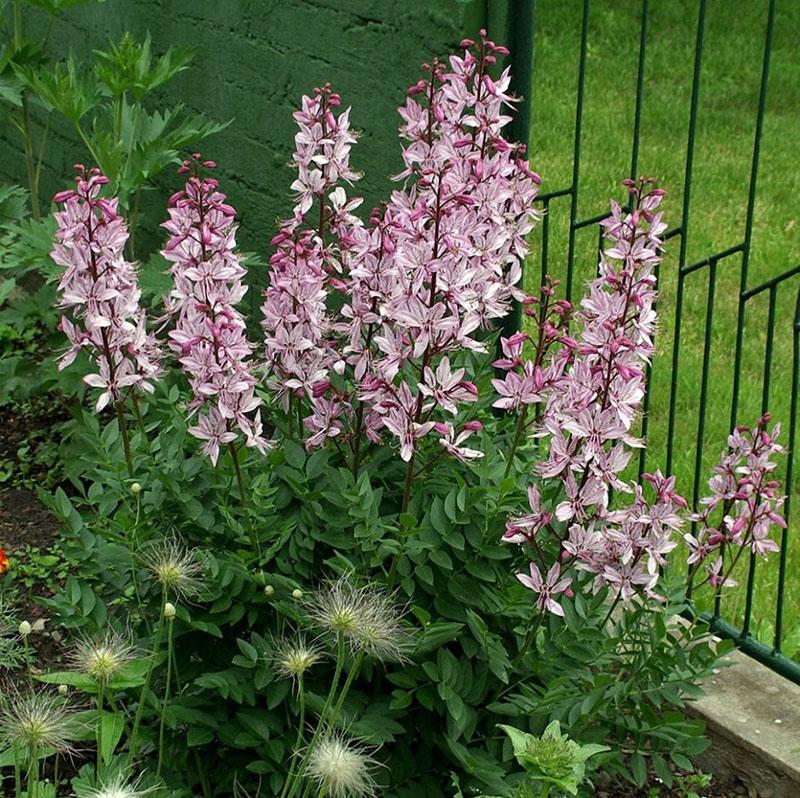 For the preparation of medicinal products in folk medicine, it uses all parts of the plant: root, leaves, flowers, bark and seeds..

All parts of the burning bush plant are very poisonous, therefore, it should be used for treatment only under the supervision of a doctor.. 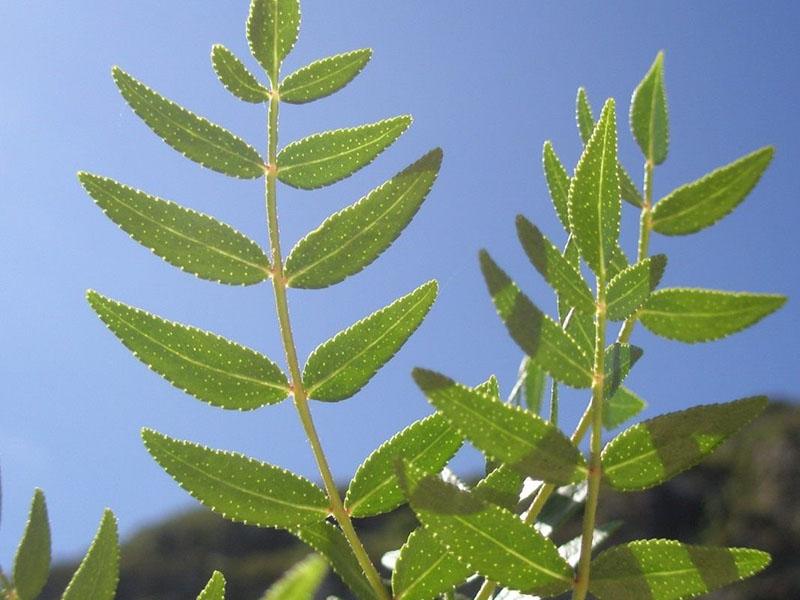 In folk medicine, ash has been used in the treatment of such diseases:

Burning bush also helps to get rid of worms, for which an infusion is prepared from its roots, which relieves bloating and removes parasites from the body.

Taking funds with bush should be very careful, since bergapten is present in its composition, which causes sensitivity to light..

Ash seed infusion is used as a cosmetic and successfully cures impotence. 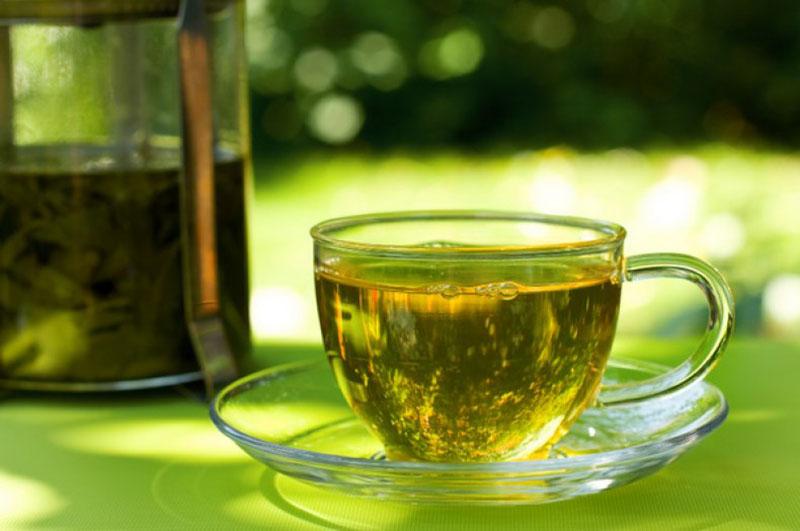 The healing properties of the herb ash are popularly used to heal from many ailments only with strict adherence to the dosage..

Composition No. 1. It is used in the treatment of female diseases: fibroids, erosion of the cervix, mastopathy. 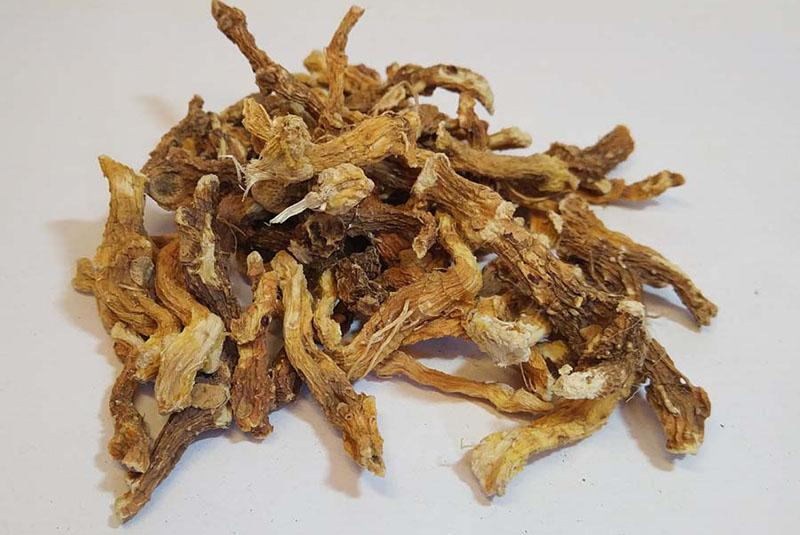 50 g of the root of the burning bush is crushed and poured in 500 g of vodka. Mix well and insist for two weeks. Take the tincture three times a day. A teaspoon of the product is diluted in 100 g of water and drunk. The course of treatment should not exceed 30 days. After a month’s break, the course is repeated.

Composition No. 2. For the treatment of impotence.

The seeds of the plant are used. 50 pcs. pour 500 g of vodka and leave for 2 weeks. Take a tablespoon three times a day.

Composition No. 3. For cystitis jaundice.

3 g of ash root bark is mixed with 3 g of honeysuckle and 3 g of licorice. Pour in water and boil for 10-15 minutes. Take twice a day for a teaspoon. 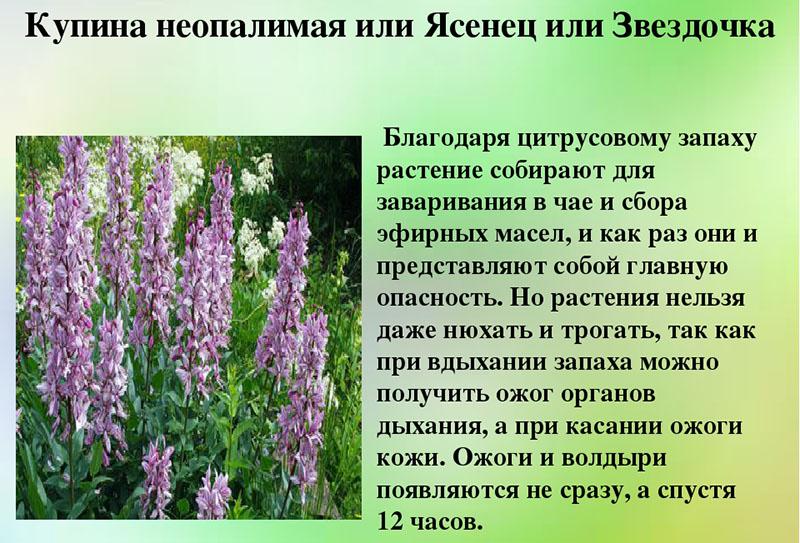 When collecting medicinal raw materials, you should remember about the precautions:

In order to extract from the maximum amount of useful properties of bush grass, the plant is harvested at different times: