Causes and symptoms of pasteurellosis development in chickens 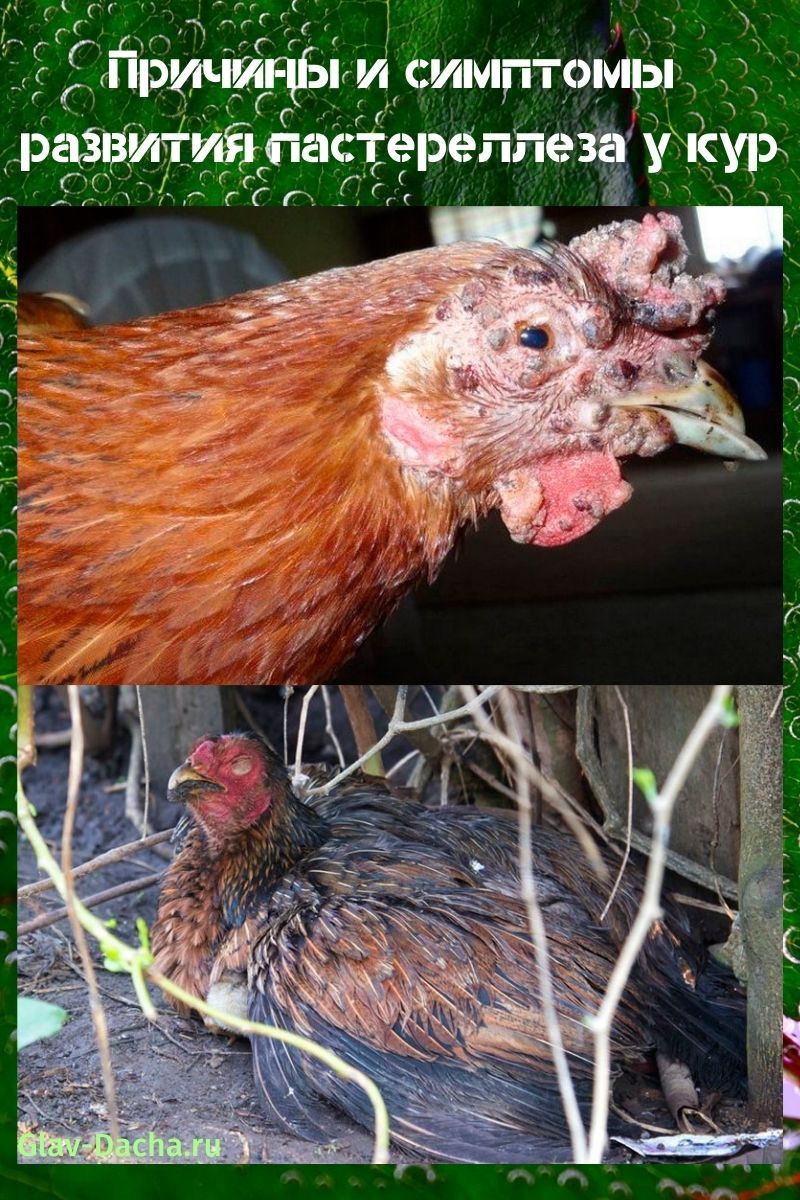 It is helpful for pet breeders to familiarize themselves with the symptoms and treatment of common ailments. Pasteurellosis in chickens is a disease caused by gram-negative bacteria. It is noteworthy that it is found not only in birds (geese, ducks, turkeys), but also in mammals, for example, cats or pigs. The difference in the structure of bacteria significantly complicates the process of treating a herd. Chickens are usually susceptible to type A pathogens with high survival rates.. 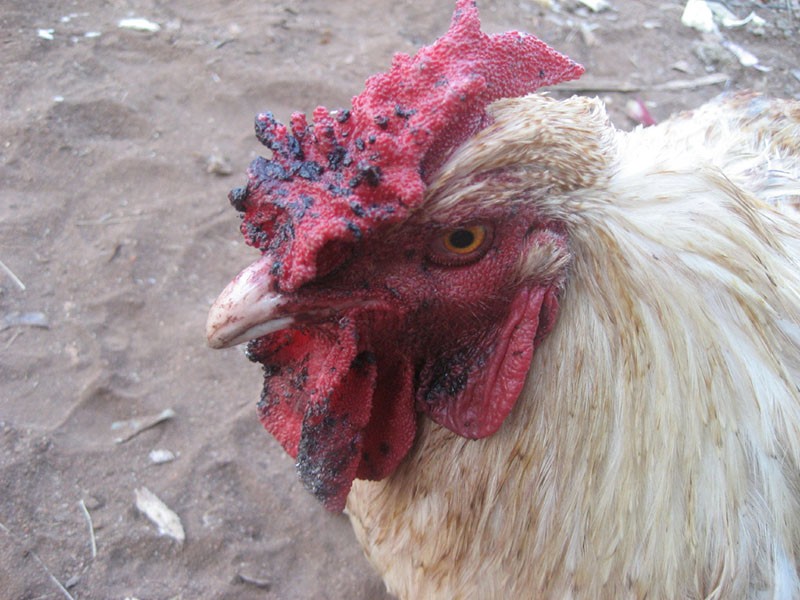 The symptomatology of pasteurellosis in chickens depends on the intensity of its course. Experts distinguish acute and chronic forms of the disease. Typically, poultry suffers from the first of the listed disease variants..

Symptoms of the acute form include the following signs:

Pasteurellosis in chickens is fatal in the first 3-5 days of the acute form of the disease. Livestock survival rate is only 10-15%.

When poultry has survived the acute phase of the disease, it becomes chronic. Sometimes this stage occurs when the activity of pathogens is weak.. 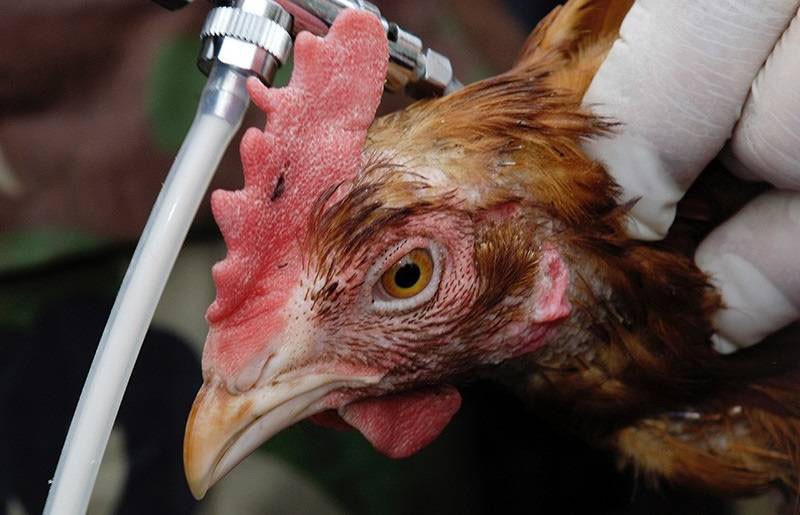 The course of the chronic form takes from 1 week to 1 month. In the absence of the right treatment, all poultry will be fatal.

The earlier the disease is diagnosed, the higher the chickens’ chances of recovery..

The main causes of pasteurellosis are considered:

In some cases, chickens become infected with pathogens upon contact with wild birds. As it progresses, the disease is transmitted from sick to healthy individuals. If the corpses of infected chickens (pathogenic environment) are not removed in a timely manner, the spread of microbes will be much more intense.. 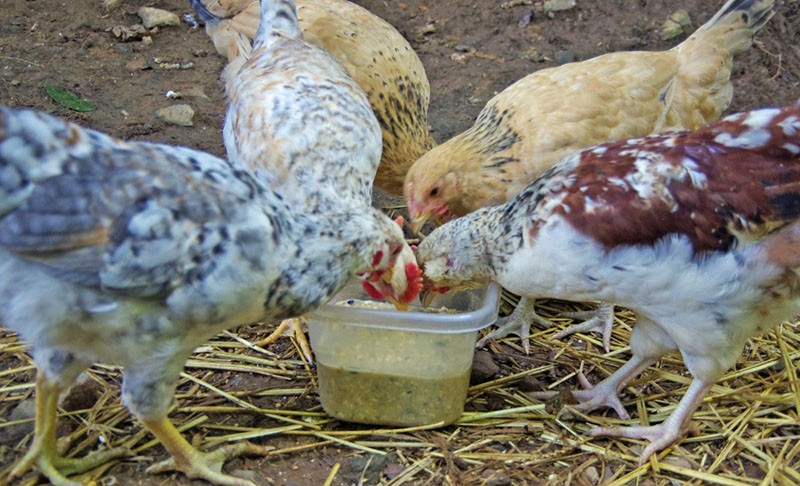 Pasteurellosis, the symptoms and treatment of which every poultry breeder should know, is often caused by parasites. An example is the mites that suck blood from chickens. With excessive moisture in the feed or in unsanitary conditions, pathogenic bacteria multiply faster.

Pasteurellosis is transmitted from an infected chicken to the egg. The disease does not interfere with the development of the embryo and the birth of the chick, however, it becomes a carrier, which often leads to an epidemic in the entire brood..

Treatment of the disease 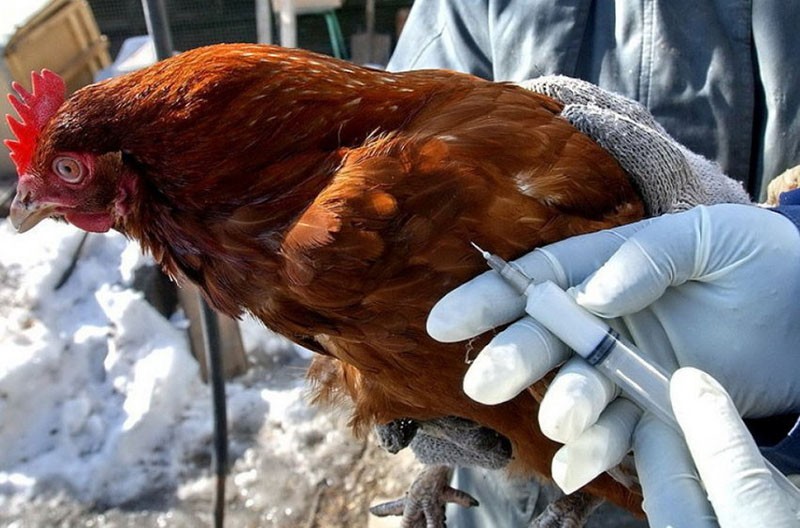 The first rule that a poultry breeder must learn is that treatment of acute and chronic pasteurellosis is pointless. Despite expensive therapy, up to 20-30% of the livestock recover. Chickens who survived after infection have decreased appetite, body weight, and egg production..

A bird that survived after pasteurellosis remains a carrier of the causative agent of the disease, therefore, until the end of its life, it should be isolated from healthy individuals, and its eggs are not recommended for breeding.

If an ailment is detected, individuals who have symptoms of pasteurellosis are isolated. In case of death, the carcasses of chickens are disposed of in a timely manner. The place where the infected livestock is kept is treated with antibacterial compounds.

Many farmers have resorted to pasteurellosis treatment in an attempt to save livestock and financially profit from slaughter. Therapy is effective on the first day (sometimes only the first few hours) of detection.

To reduce the number of pathogenic microorganisms in the body of chickens, the following drugs are used:

In the presence of a large number of poultry, it will not be superfluous to conduct a preventive course once a month. This will reduce the likelihood of the occurrence of pathogens in the chicken habitat. As prophylactic agents, norsulfazole is prescribed (0.5 g per kg of body weight, 2 times a day), “Spektam B”, “Floron”, etc..

Disinfectants in the poultry habitat are Monclavid or Ecocid S. If the use of aerosols is not possible, then it is better to use Chlorskipidar. The preparation of the composition will not cause difficulties: 2 g of chlorine is diluted with 0.5 g of turpentine per 1 sq. m. of the processed area. After removing the livestock, bleach (5% solution), iodine monochloride (10% solution), lime are also used as antiseptic agents.

If the chickens are walking in the open air, then the entire area is pre-mowed from grass, shrubs, and other vegetation. Pathogens that cause pasteurellosis do not tolerate ultraviolet radiation well. The process of “cleaning” the territory is 10-15 days. After the end of the walk, the place is plowed up and covered with lime, which will prevent the development of a pathogenic environment.

Thus, the symptoms and treatment of pasteurellosis in chickens is the basic knowledge that a poultry breeder must have. This ailment occurs due to a number of reasons, but the main one is considered to be poor conditions for keeping livestock. To prevent the extinction of the livestock, it is necessary to regularly take preventive measures aimed at the extermination of pathogenic microorganisms.