The flower of the sun in your flower bed – helianthus 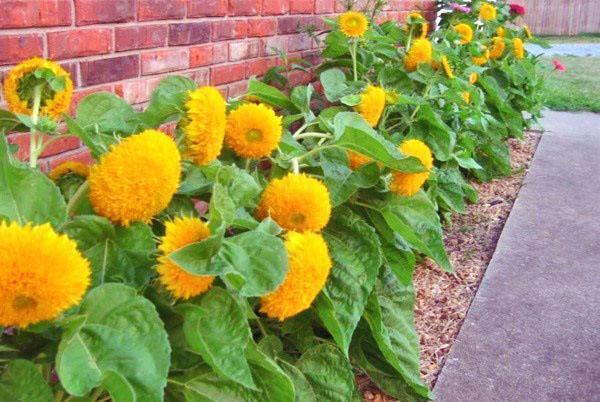 Imagine slender rows of powerful plants that greet the morning sun and turn their beautiful hats behind its rays. This is helianthus, known to us under the name “sunflower” – the most light-loving culture. If you think that you can find it only in the fields where sunflower is grown on an industrial scale, then you are deeply mistaken. In decorative floriculture, helianthus is not the last place. Thanks to the work of breeders, many hybrid varieties with interesting colors have been bred, and the unpretentiousness of the culture and its proud regal appearance attract the attention of lovers of simple but original forms.

Decorative sunflowers are often used to make bouquets, because after cutting, the plant retains its fresh appearance for 2 weeks.

Growing helianthus is a pleasure. It develops with little or no human help, requiring no daily care. Even a single plant in a flowerbed becomes the center of attention, and group compositions of different varieties of sunflower, and even in combination with other flowers, create a unique masterpiece. We offer you to get acquainted with the decorative sunflower and its popular species, as well as learn about the peculiarities of cultivation, so that everyone can choose a plant to their liking and decorate their plot with it..

The sunflower received its scientific name due to the shape of the inflorescence, reminiscent of the sun, and the Greek language, in which “helianthus” means two whole words: “sun” and “flowers”. That is why it is often called the “flower of the sun”.

What is a decorative sunflower? 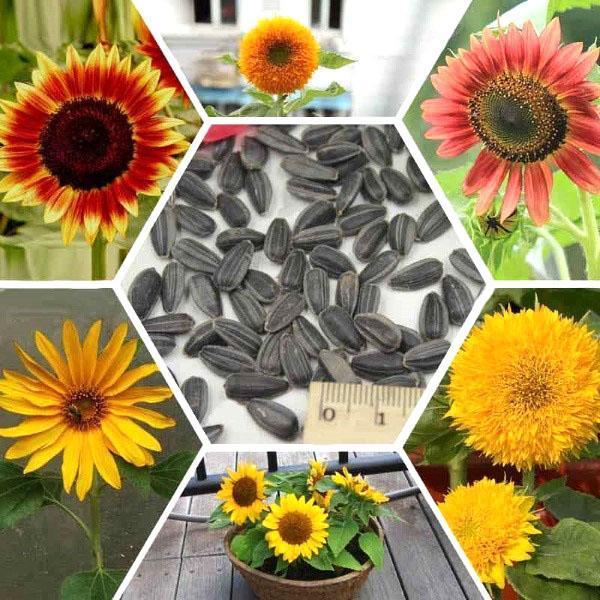 Helianthus is a member of the Asteraceae (Compositae) family. All its hybrid varieties are bred on the basis of wild annual sunflower – a medium-sized plant up to 1 m in height with a large number of inflorescences in the form of sun-caps. The inflorescence itself is a basket with small tubular petals inside, and large tongue petals along the edge. At the end of flowering, the petals wither and crumble, and black faceted seeds ripen under them.

Sunflower seeds have very good germination: even after 3 years they are able to germinate. 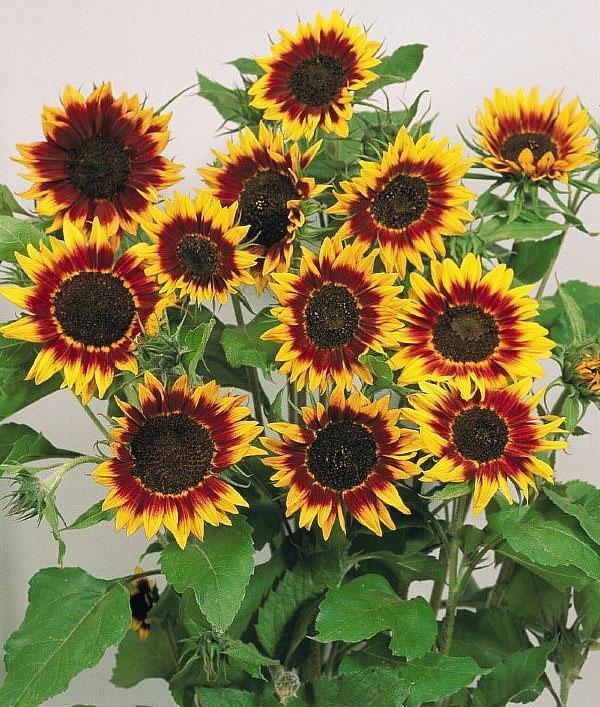 Today there are almost 200 species of helianthus, which are used in decorative floriculture, but breeders do not stop there, inventing new varieties of this unique plant. Among them there are both dwarf specimens not exceeding 30 cm in height, and real giants over 3 m in height. The color of the caps is no less varied: from the characteristic yellow color to unique white petals and even dark purple. What can we say about terry varieties – their stuffed lush heads will decorate the flower bed.

It is worth noting that most modern hybrids are completely sterile. They do not have pollen, therefore, an allergic reaction to a sunflower bouquet is excluded..

Depending on the shape of the plant, the following species groups of the helianthus flower are distinguished:

The total height of the bush is distinguished:

Among the most beautiful species of helianthus, it is worth noting the following varieties:

Where and when is it better to plant a sun flower? 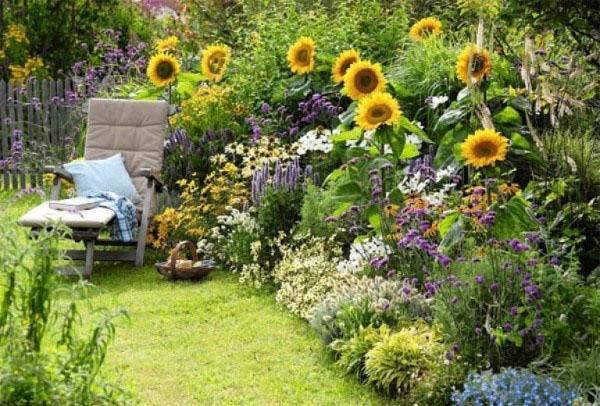 The main thing that must be taken into account when growing helianthus is that this plant loves the sun very much and simply cannot live without it. If you have the lightest and warmest place on your property, it is simply intended for a sunflower. In addition, such an area should not be flooded with melt water..

To admire the colorful hats until the very frost, you can plant the plant in several passes, starting in April and ending in August..

The planting of helianthus is carried out mainly with the help of seeds, laying them out in the holes, 2 pieces each. The second seed is usually used as a fallback, in the case when both germinate, one plant can always be transplanted. In general, sunflower seeds have good germination. It is not necessary to deeply deepen the seeds, 2 cm is enough – in the future, the powerful roots themselves will firmly settle in the hole. 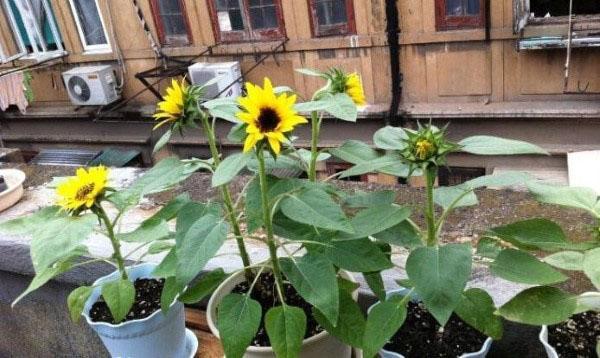 The distance between the holes depends on the particular variety and averages about 40 cm. If it is an upright species that branches little, the holes can be made closer to each other. Lush, profusely branching shrubs should be planted less frequently so that they have enough room to develop..

If you decide to grow seedlings of helianthus (this option is also possible), it should be borne in mind that it does not tolerate transplantation well.

Dwarf varieties can be planted as pot crops by displaying containers outdoors in the garden during the summer. Reproduction of perennial helianthus is carried out by dividing the bush, which is carried out in the third year after planting in early spring or autumn. 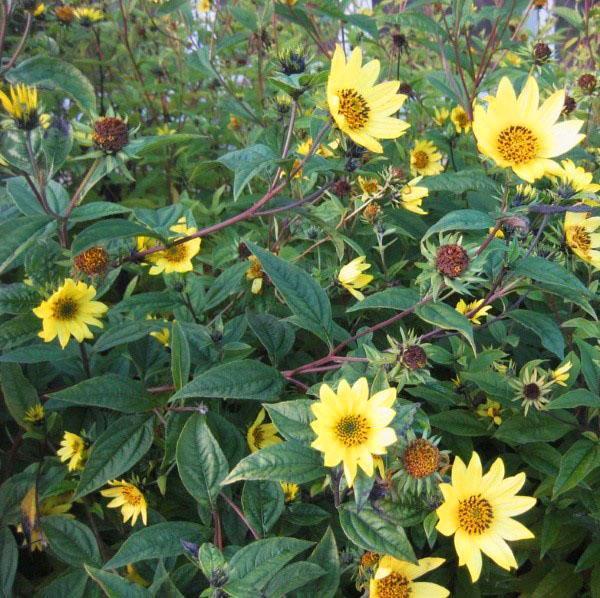 Despite its size and powerful structure (rarely any other garden flower has such a strong trunk, apart from shrubs), helianthus is the most unpretentious plant. Almost all the main activities for its cultivation are carried out at the planting stage. Having chosen a suitable place for culture, caring for the helianthus in the future will not cause trouble, because by its nature the sunflower has good vitality, having taken it from its progenitors. Its developed root system firmly anchors the plant in the soil, be it compact species or tall varieties, and is able to get food from the lower layers. 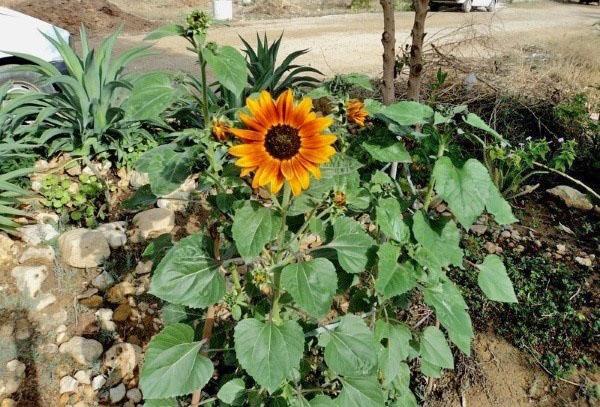 As for watering, the helianthus prefers moderate humidity. It is not worth pouring the plantings so that the roots do not begin to rot, however, in a dry hot summer, you will need to more often pour water under the bushes. 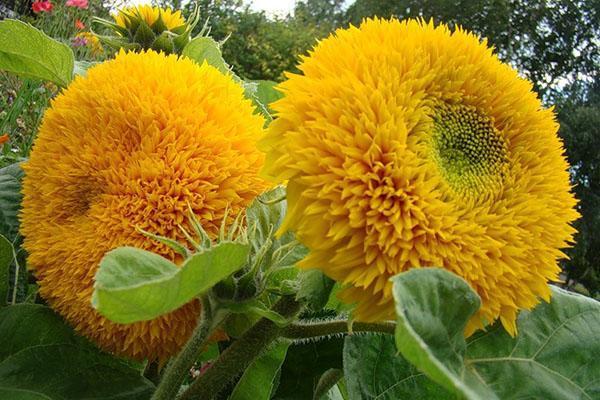 During the season, it is advisable to feed the decorative sunflower twice with mineral fertilizers in order to replenish the balance of nutrients that the powerful root system of the plant has selected from the soil. But even if this is not done, the helianthus will not disappear, it simply will not be able to reveal its beauty in full force..

After sunflowers in the next season, you can plant only legumes, because they greatly deplete the land. Even after fertilization, the soil will be able to fully recover only after a few years.. 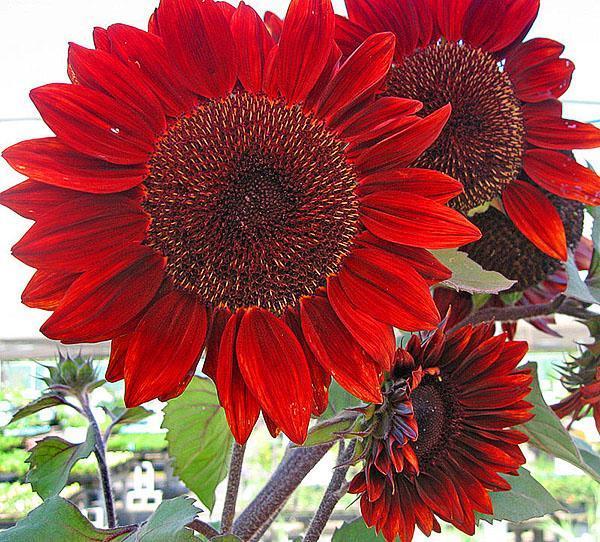 After the inflorescences have faded, they must be cut out to prolong the overall flowering of the bush (the largest caps should be left to collect the seeds). In addition, pruning will help relieve stress on the stem so it won’t tilt. Tall varieties of helianthus need additional support.

To bring the flowering of helianthus closer, some summer residents use one trick: they pluck out stepchildren and small buds that grow under the central.

If everything is clear with regard to annuals (they must be planted annually), then a few more words should be said about perennial decorative sunflowers. This applies to the wintering of a flower in the open field – when growing perennials in cold regions, they may require shelter, especially if the winter has little snow. Otherwise, caring for perennial crops is no different from breeding annual helianthus. 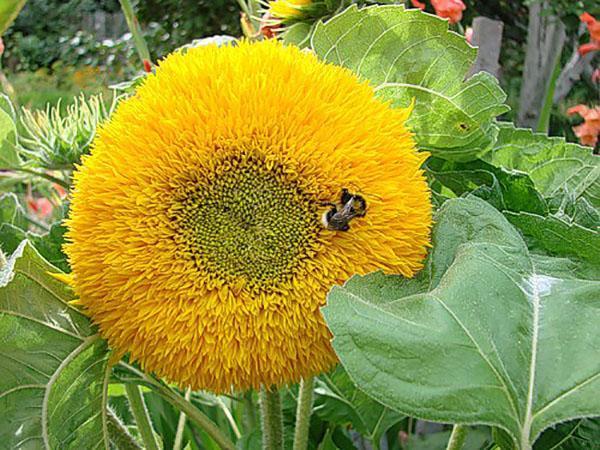 As you have already seen, the sun flower is actually very flexible and incredibly beautiful. Stock up on seeds and grow this versatile plant on your property. Tall giants with their large hats will reliably hide your dacha from neighbors, miniature crumbs with lush heads will decorate the summer veranda, and perennial sunflowers will greet you at the gate for a long time, nodding their heads in greeting.