All the most interesting about the philodendron 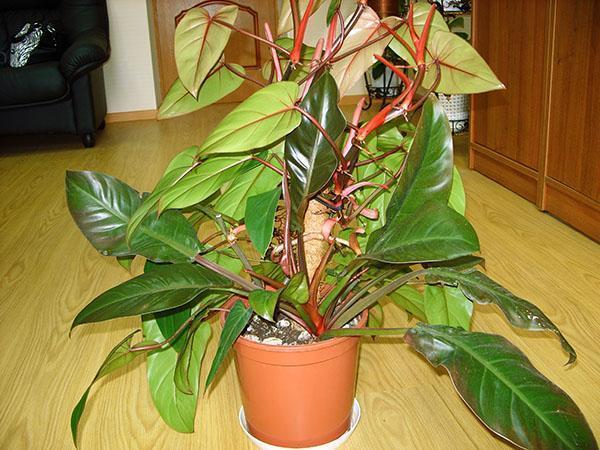 Since the 19th century, when philodendrons first began to be grown as greenhouse or indoor plants, many signs and beliefs have appeared associated with these evergreen inhabitants of the tropics..

Which interesting facts describing the philodendron have a real basis, and which are just idle fiction? How to propagate a flower at home, and what can hinder the grower from growing? 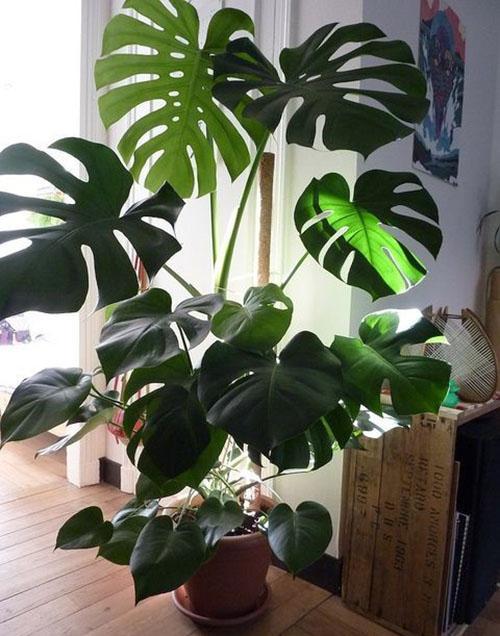 Indoor philodendrons belong to one of the most numerous families of the plant world, the Aroids. In addition, the genus of philodendrons itself has more than 900 species, over the description and precise definition of which botanists have been puzzling over for more than 150 years. Everyone who is trying to figure out the classification of these plants is faced with incredible confusion, the transfer of one species to another, or completely breeding outside the genus..

The reason is the abundance of philodendrons, the difficulty of studying in the jungle of the tropical belt, as well as amazing variability..

Fun fact: Philodendrons change as they get older. In most species, “baby”, whole heart-shaped leaves are fundamentally different from “adults”, which become pinnate, finger-like, dissected.

If this behavior of a flower makes life difficult for scientists, then amateur flower growers should only be glad of the original appearance of the plant! However, for many, an important reason for rejecting the philodendron is the belief about its “harmfulness”.

You can hear that a decorative-deciduous philodendron that rarely blooms in indoor conditions can “take away” wealth from the house or separate spouses. This is an absolute superstition! 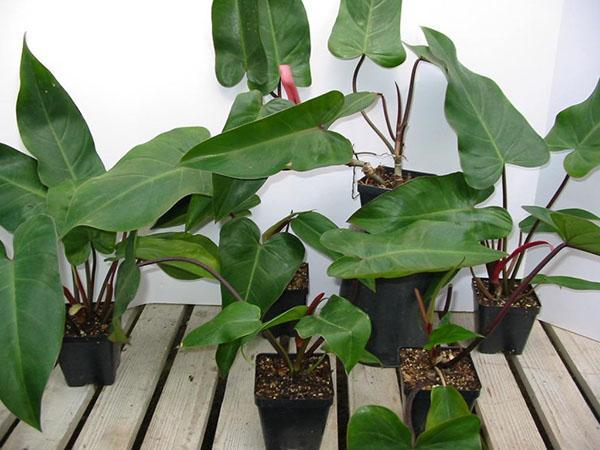 If so, philodendrons would have long remained only in the silence of the tropical forest, and breeders would no longer delight flower growers with variegated varieties and hybrids.

Do not think that a flower predicts the weather if small droplets of moisture appear on its leaves. So the philodendron reacts not to close rains, but to excessive watering.

However, in addition to idle fiction, there is information that is worth listening to. For example, the danger of milky sap appearing on the cut of a stem or leaf. The liquid contains corrosive salts. Which can cause skin irritation or itching. This should be remembered when it comes to the reproduction of the philodendron, its pruning or transplant.. 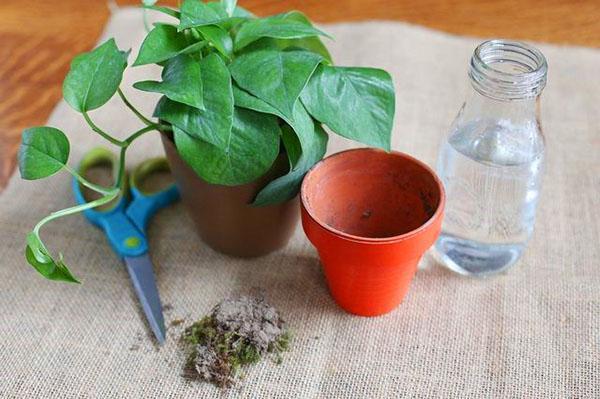 Despite their exotic origin, philodendrons are unpretentious indoor plants that do not require painstaking care and are easy to reproduce. The easiest way to get a young flower is with an adult specimen. Apical and stem cuttings root excellently and grow quickly.

The main thing to remember when propagating a philodendron vegetatively is:

You can cut cuttings from a strong plant throughout the warm season, but it is more convenient to do this with a vein, for example, at the same time as the transplant. So the young philodendron will have more strength for growth and by winter he will have time to give his own shoots and leaves.. 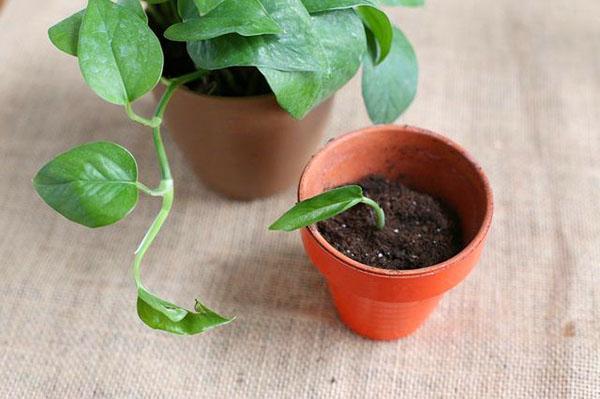 The cut is made under the knot with the rudiments of aerial roots so that the length of the cutting is 10–12 cm. The lower part of the stem segment is treated with a growth stimulator and added 3–4 cm into a loose substrate of equal shares of lowland peat and vermiculite. At high air humidity, under the scattered rays of the sun and temperatures in the range of 22-24 ° C, the philodendron takes root. This plant needs 10 to 25 days.. 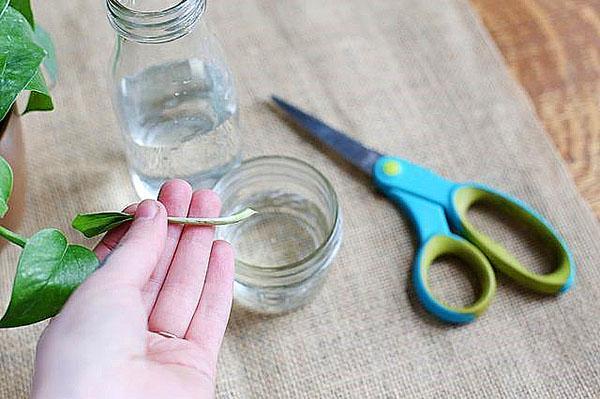 If you wish, you can wait for the formation of roots by immersing the bottom of the cutting in ordinary water, and then transplanting the plant into the ground.

An interesting fact – philodendrons, which regularly bloom in nature, do not form inflorescences similar to cobs in the house. The reason is that in a potted culture, tropical inhabitants do not reach adulthood. If the grower is lucky, and he has seeds at his disposal, then the reproduction of the philodendron is possible in this way. True, the seed is capricious, and you will have to tinker with the seeds.. 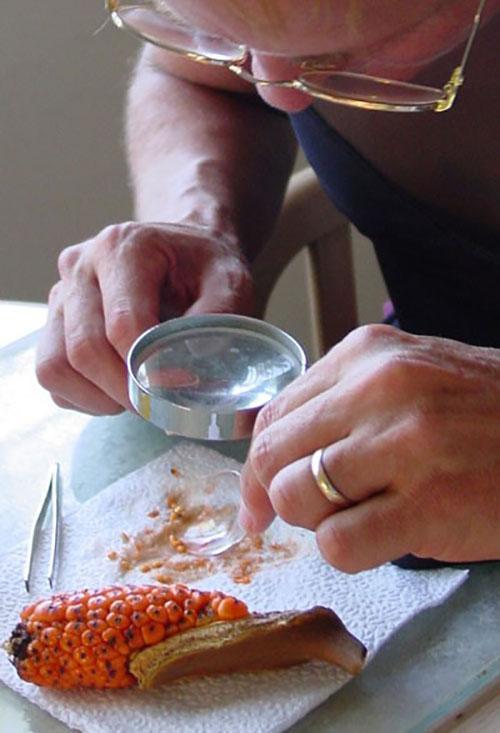 Sowing is carried out on the surface of light soil, then the seeds are covered with a layer of sphagnum and placed in a room greenhouse. Here, at a temperature of 24-26 ° C, high humidity and in partial shade, sprouts will appear in 30-120 days. You can dive and transfer seedlings into separate pots at the stage of 2-3 leaves.

An inconspicuous philodendron, if you choose suitable conditions and establish minimal care for him, grows well and pleases the owners with bright lush greenery. However, violation of the routine can lead to trouble.. 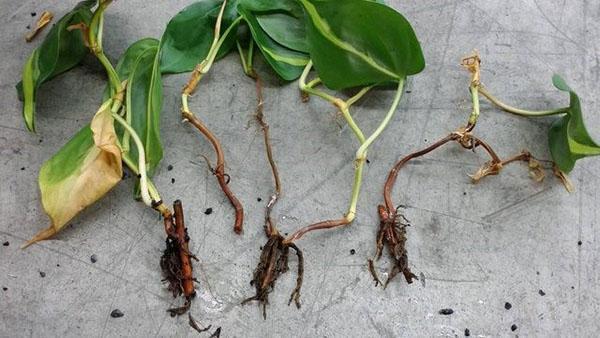 As a rule, all problems of philodendron cultivation are associated with a violation of care and optimal conditions for growth. You can recognize trouble by changing the color, size and tone of the leaves: 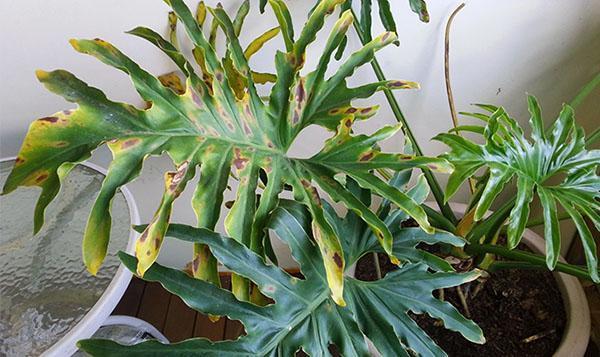 In order for the plant to always be healthy and beautiful, one should not forget about top dressing, timely transplantation into the right soil..