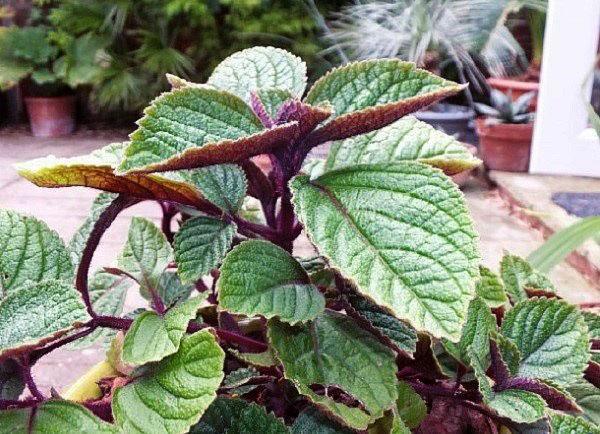 Among decorative leafy indoor crops, the plectrantus plant is very popular among flower growers. It not only looks beautiful due to the interesting shape and color of the leaves, but it is also one of the most unpretentious flowers. Plectrantus calmly tolerates a missed watering if the owners suddenly forgot about it or unexpectedly left for a long time. In spite of everything, it grows quickly and soon a small stalk turns into a gorgeous bush..

Many popular beliefs are associated with this flower, while its reputation is well deserved. After all, the plant has medicinal properties with a fairly extensive field of application.. 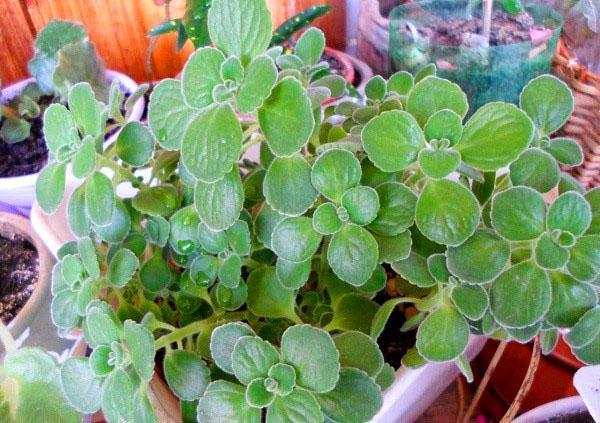 The habitat of the plectrantus is considered to be the subtropics of South Africa, but it also perfectly took root in a more severe climate, while in different countries it has its own name. So, in cold Scandinavia, the plant is called Swedish ivy, and in the vastness of our vast homeland – “molar tree” or “room mint” because of the specific smell emitted by the leaves after touching them. 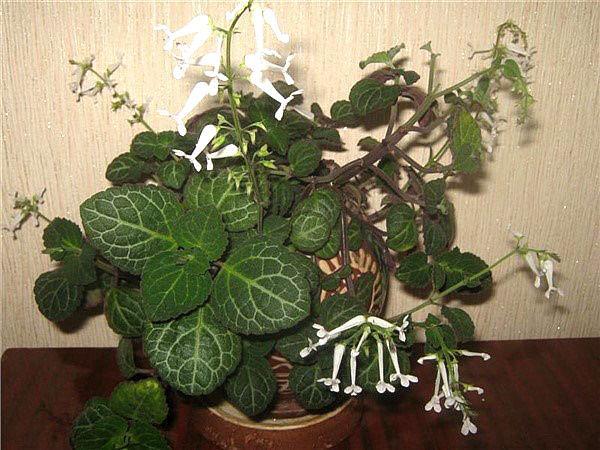 Due to the special structure of the inflorescences, in particular the corolla in the form of a spur, the flower is also called “cock’s spur” or “spur flower”. And the varieties, the smell of which scares away small insects, is popularly nicknamed “fly-eater”. 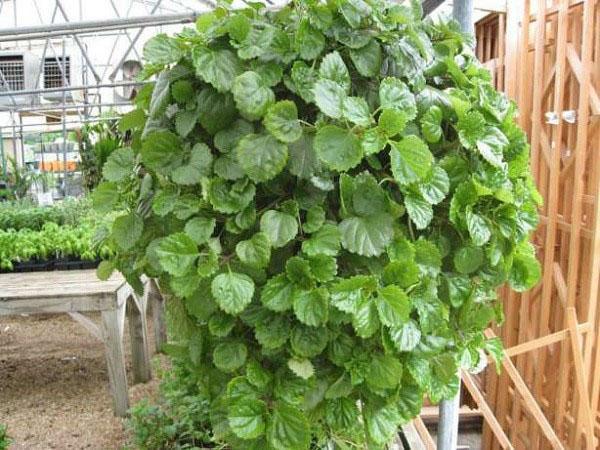 Plectrantus has several species, most of which have drooping, well-leafy shoots hanging from the pot in large numbers. This allows it to be used for hanging planters or for creating cover beds. Side lashes of ampelous species can grow up to 1.5 m in length. There are also erect plant varieties that grow in the form of a bush up to 40 cm high.

Almost all plant species have the same rounded leaf shape with an uneven jagged edge (except for the oaky plectranthus, in which they look like oak). But the surface and color of the deciduous plate is individual for each variety. These can be smooth or fluffy leaves, of a solid color or with a white border, matte or glossy.. 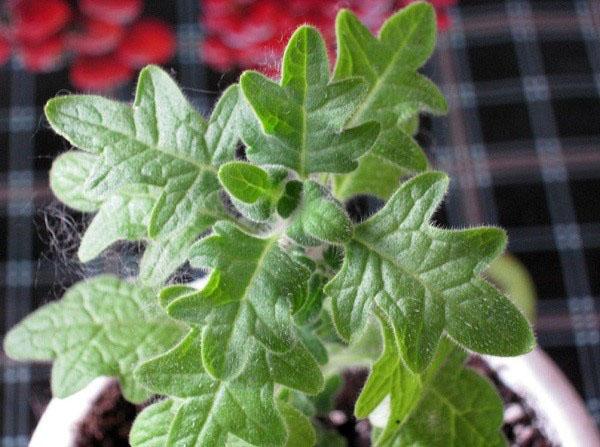 The leaves and shoots of the flower are capable of accumulating and retaining moisture for a long time, and therefore it is referred to as semi-succulents. The plant is covered with a deciduous cap all year round, it has a constant color and does not crumble.

The main advantage of the plectrantus plant is its graceful ornamental leaves, but it also blooms with small white-blue or purple umbrella-like inflorescences. Many growers believe that the flowering of the plectrantus only spoils the appearance of the bush..

To prevent the flowers from taking away extra juices from ivy, it is advised to remove them even before blooming..

Possible difficulties in growing a flower 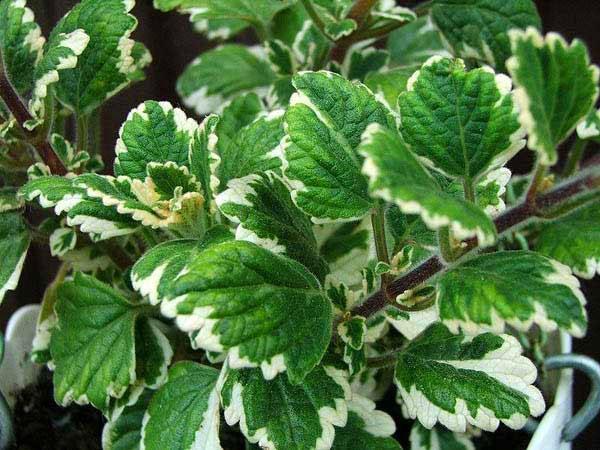 Despite its simple nature, when grown indoors, plectrantus can be affected by pests and diseases, because not a single flower is immune from this..

For most diseases, the plant has strong immunity, however, lesions are possible:

In addition, plectrantus is able to lose its decorative effect as a result of:

As for pests, sometimes the plectrantus is attacked:

The reason for their appearance is too dry indoor air or infected plants in the vicinity. In most cases of pest infestation, the leaves of the bark flower are covered with a sticky bloom. To get rid of uninvited guests, the flower must be treated with insecticides. Varieties with smooth leaf surfaces can be sprayed with soapy water.

Both beautiful and useful 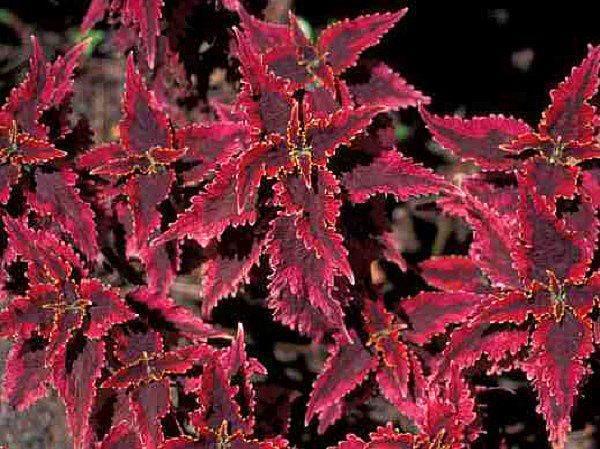 Plectrantus is used not only for interior decoration – the aroma emitted by it purifies the air in the room. The scent of mint helps with headaches and soothes the nerves. But what is good for a person is not very pleasant to harmful inhabitants of wardrobes and pests of woolen carpets. It is noticed that the moth prefers to avoid the rooms in which there is a flowerpot with a flower, and cloth bags with leaves placed in the closet will save a fur coat from it.

The beneficial properties of plectrantus are widely used for medical purposes..

Crushed leaves of plectrantus, applied to the site of the bite by small insects, will help to quickly relieve itching and relieve irritation.

Whole leaves dipped in boiled (chilled) vegetable oil will relieve the condition in the case of children’s weeping diathesis. To do this, they need to be applied to the wound. Essential oils secreted by the flower leaves help with nasal congestion, asthma and coughs by chewing on a fresh leaf.

The therapeutic effect of plectrantus is also noted when using its foliage for baths, in particular, in the complex treatment of enuresis in children. First you need to prepare a concentrated infusion of 0.5 tbsp. fresh leaves and 1 liter of boiling water and let it brew for 1-2 hours. Before going to bed, take water into the bathtub, pour the concentrated solution into it (having previously filtered it) and let the child lie down for at least 15 minutes.

The dried leaves also retain their beneficial properties. So, a mixture of crushed leaves and baby powder in a ratio of 1: 5 is used to treat diaper rash in bedridden patients.

The leaves and roots of plectrantus are used by the peoples of India for the preparation of various dishes.. 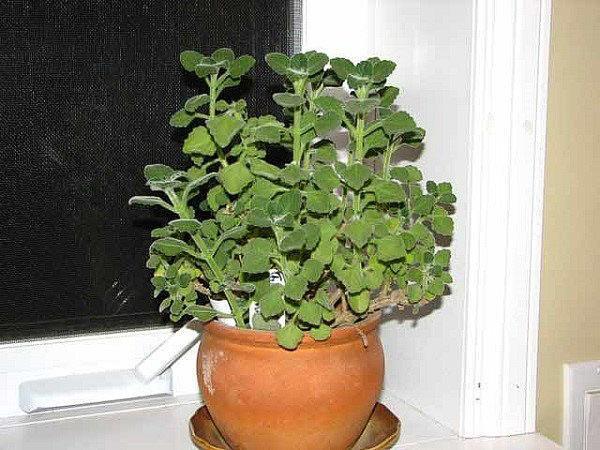 Florists who have been growing plectranthus for more than one year associate many signs and superstitions with it. It is believed that the plant attracts wealth and good luck, so it must be in every home. But the flower, on the contrary, repels the negative energy, acting as a kind of defender of the house from evil spirits and negative emotions.

Experienced plant connoisseurs argue that a flower bestows good luck not only on its direct owners, but also on those who take part in caring for it and are simply nearby for a long time, for example, in office premises..

One thing can be said with certainty – the plectrantus plant will not take much time, but it will gratefully respond to the care and give aesthetic pleasure.