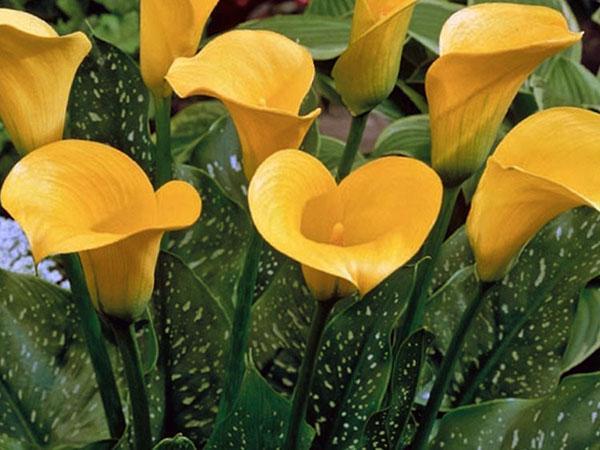 In our latitudes, two varieties of calla lilies perfectly coexist: tuberous and rhizomatous. If you follow the simple rules for growing calla lilies, planting and caring for it in the open field will lead to the appearance of beautiful flowers. An exotic plant will delight you for at least a month – this is how much calla flowers bloom. 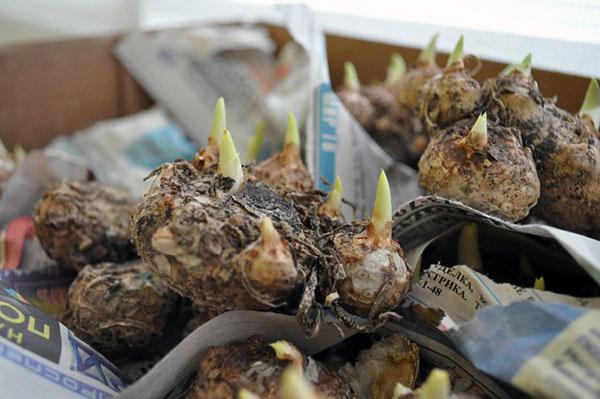 Before planting calla lilies in open ground, preparation for which begins in February-March, calla tubers should be stored in the refrigerator. To keep them in good condition, wrap the tubers in plain paper and place them in a plastic bag. Punch a few holes in the bag to prevent stagnant air..

Check the tubers ready for planting for decay. If they do appear, the surface of the tuber must be cleaned with a knife until healthy tissue appears. To make the tubers firm again, hold them in a damp cloth.

To protect calla lilies from fungal infections, you can treat the tubers with a fungicide (for example, Vitaros or Fundazol) right before planting.

It is advisable to plant calla lilies not immediately in open ground, but in pots with a prepared soil mixture – this way they will survive planting less painfully. The soil should consist of a mixture of compost or humus with peat, garden soil and sand. Planting depth – about 2 cm from the surface of the tuber. 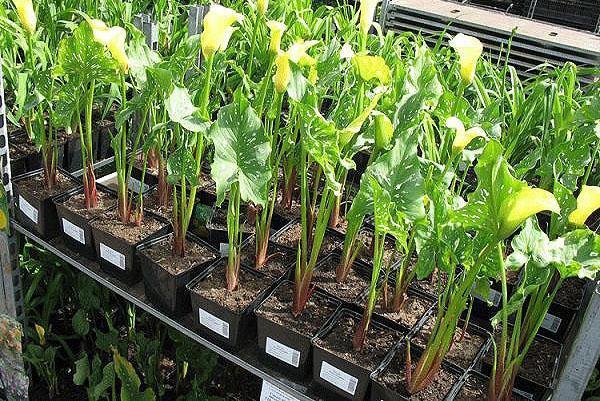 Calla tolerates temperature extremes, so in the spring the pots can be placed directly on the windowsill. Remember to water the tubers after planting, but it is advisable to do this carefully so as not to blur the top layer of the soil. For the successful development of the plant, it is desirable to fertilize with mineral fertilizers once every 2 weeks.. 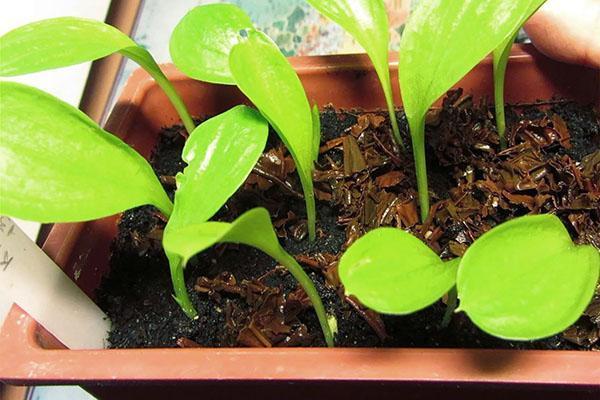 If you notice that the roots of the calla lilies are beginning to break through to the surface, add another 2-3 centimeters of soil to the pot..

When and where to plant calla lilies on the site?

When to plant calla lilies outdoors? It is best to carry out planting work in the spring, as soon as the last frosts have gone and the temperature will stay above 15 degrees Celsius. Usually it is already the beginning or the middle of May..

The planting site should be warm and sufficiently lit. A small partial shade is also suitable – in it, plants can develop in almost the same way as in the sun. Make sure that there are no drafts and strong winds at the landing site of the calla lilies; an area with a mild microclimate is best suited.

It is best not to plant and care for calla lilies outdoors in direct sunlight. Flowers may suffer from this, and instead of a bright flower garden, you will just get lush vegetation..

It is better to choose the soil not neutral, but slightly acidic. Top dressing is applied before the flowering period, after the appearance of flowers, it is better to stop fertilizing the garden. 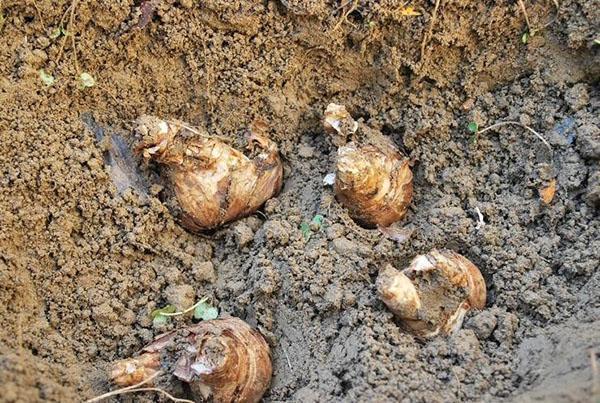 HIn order for the planting of calla lilies and caring for it in the open field to be successful, you need to follow some recommendations: 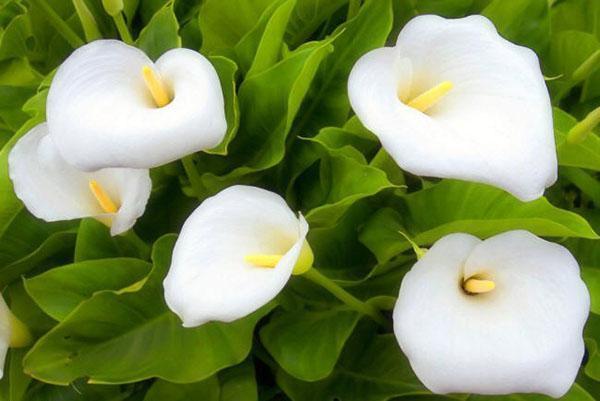 If you properly care for young calla lilies, then they will begin to bloom within 1.5 months after planting on the site. Even if you plant calla lilies in open ground in Siberia, caring for them and a well-chosen place will help you get a beautiful flower garden.

One of the advantages of calla lilies is that you do not need to purchase any additional remedies against fungi and other diseases. These plants almost never get sick, as they can independently cope with pests..

Within 10-15 days after planting calla lilies in open ground, caring for it should consist in refusing to water. This is done in order not to allow the root system that has just begun to develop to rot. Even after the tubers get stronger, when watering, do not direct the stream of water directly at them, it is enough to moisten the soil around the plant.

Fertilizing with mineral fertilizers can be carried out once a season, and this will be enough for the calla to bloom beautifully. 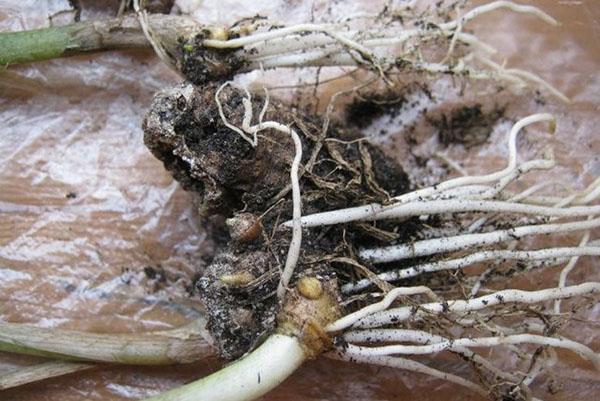 Caring for calla lilies from planting to the moment they change color is simple. However, as soon as autumn has arrived, the flowers need to be prepared for wintering. The tubers, along with the roots, are dug out before the first cold weather begins. This must be done especially carefully so that the root system is not damaged..

Leaving calla lilies outdoors in the Urals or Siberia for the winter is undesirable: it is highly likely that only a few plants will survive the frost. It is best to store the cleaned, washed and lightly dried tubers in a cool place at home, such as the vegetable section of the refrigerator. If, before the onset of cold weather, the calla leaves did not have time to fall off, they do not need to be torn off for about two more weeks so that the nutrients are transferred to the tubers..

Callas in the garden and apartment – video