Care and cultivation of pakhira at home 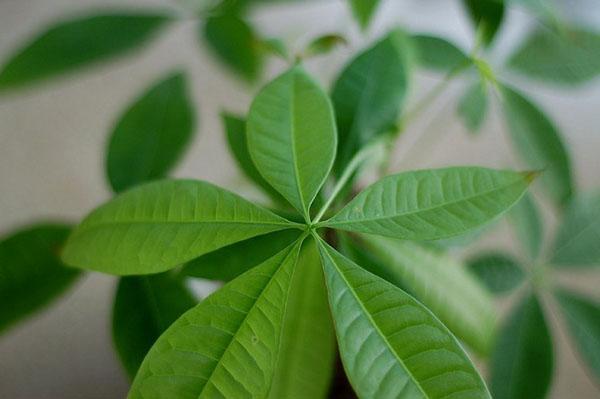 Pakhira is grown at home quite simply if you follow a number of some recommendations. It is a tropical plant native to the marshlands of South and Central America. Includes 24 types. According to some information, the plant belongs to the Malvaceae family, but according to other sources, it is classified as a baobab family. Often, pakhira is called Guiana or Malabar chestnut for its external resemblance to an ordinary chestnut..

Types of pakhira for indoor cultivation 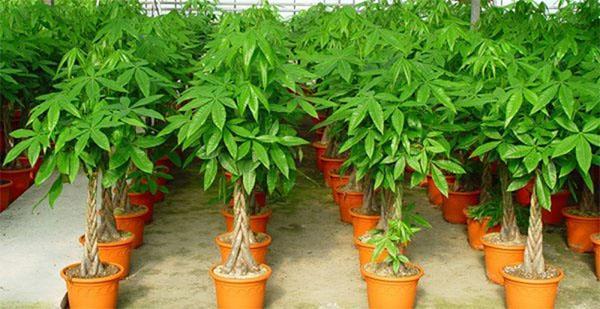 The most popular species for growing at home is pakhira aquatica, it is also called aquatic. Its fruits are edible, can be used as a whole, however, they are often made into flour for further preparation of a drink resembling hot chocolate. Outwardly, this plant is similar to a bottle tree, so it is often used in bonsai culture..

Growing pakhira at home proceeds rather slowly and the plant reaches a maximum of 3 m in height, while water accumulates in the cavity formed between the bark and the wood. In its natural environment, the plant can reach 20 m in height. Its leaves are leathery, dark green in color and grow on long cuttings. They show a smooth green crown. The flowering period of this species begins only in June and lasts until November. With proper care, pakhira aquatica can bloom almost all year round. It is noteworthy that during this period it does not shed its leaves, which is typical for similar plant species..

The features of pakhira care are quite simple, so even beginners can grow the plant. However, young specimens acquire a characteristic appearance over a long period – it takes years to form shoots, as well as tillering. Branching usually begins only when the plant reaches a certain height – at least 2 meters. For planting, you can use soil with an average level of nutrition..

If pakhira has brown leaf tips, then this may indicate that insufficient watering is carried out or the air in the room is too dry. In some cases, drafts can be the cause.. 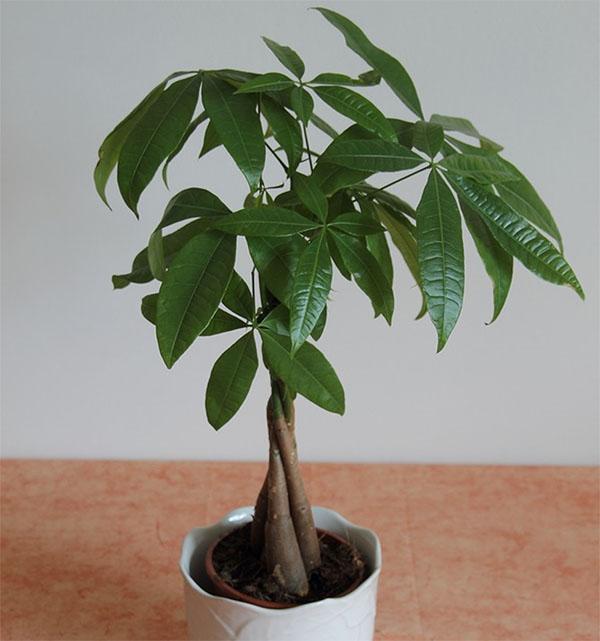 It is preferable to grow pakhira at home on the western or eastern windows. In order for the plant to develop in a normal rhythm, it is important to protect it from direct sunlight, in particular between 10 am and 5 pm. In summer, the plant, like all tropical representatives, tolerates fresh air well. To do this, pakhira can be transferred to an open place without strong drafts, precipitation or direct sunlight. It is highly discouraged to put pakhira in front of heating appliances..

Pakhira aquatic at home needs bright and diffused lighting. If such conditions are not provided, then the stem of the plant will begin to stretch, which will entail a loss of decorativeness.. 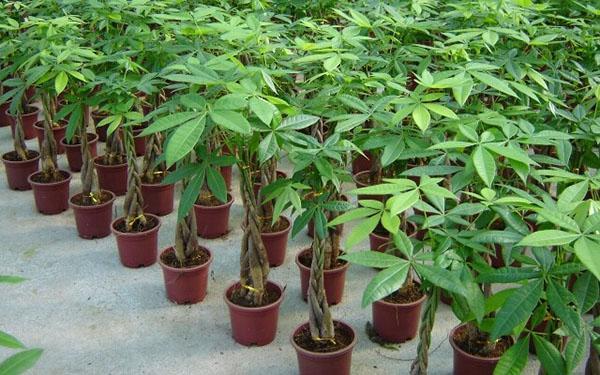 Pakhira prefers abundant watering. However, it is necessary to ensure that no water gets on the barrel. Warm water with a low hardness level can be used. Watering is carried out according to the diameter of the pot. In the spring and summer, it should be moderate. It is very important to wait until the topsoil is dry before re-watering. In the autumn, the plant easily tolerates the lack of moisture, but excessive drying of the soil should be avoided. If pakhira is provided with insufficient watering, there is a risk that its leaves will hang, and with excessive moisture, the plant may rot..

As for the humidity of the air, this indicator does not play a special role in the cultivation of this species. Even moderately dry air will not have a detrimental effect on the Malabar chestnut. However, the plant prefers regular spraying. They should be carried out at least 1-2 times a week. For this, only soft water is used. As with watering, it is important to ensure that no moisture gets on the trunk. This can quickly cause the plant to rot.. 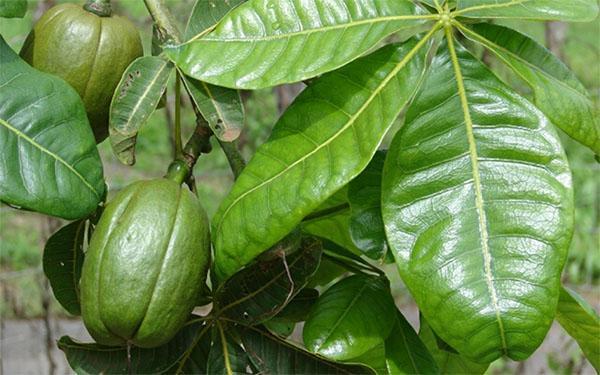 Diseases of the Guiana chestnut are most often the result of illiterate care. To avoid such consequences, it is important to constantly provide the plant with careful care. Pachira pruning is done in the spring when the plant responds best to this procedure. The upper branches are trimmed, which stretch to the top more than the rest. In places where the pruning was carried out, the plant grows overgrown with a denser crown. Following the example of low-growing trees, pakhira is most often tried to give a rounded shape, reminiscent of a ball. Cropping gives it a decorative look. In specialized stores, specimens are sometimes found that have intertwining stems. At home, you can also achieve this result, but this requires special skills and experience.. 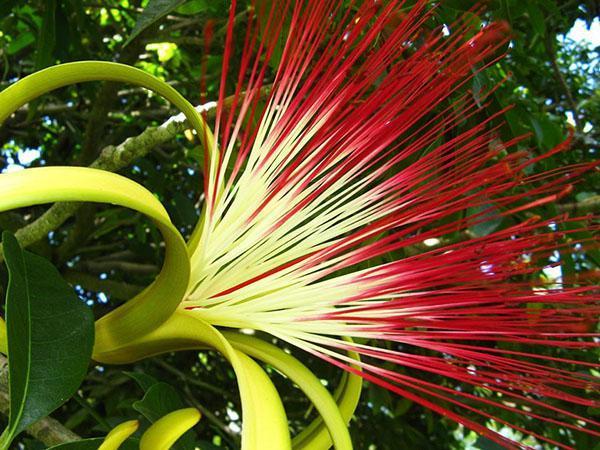 If you want to successfully grow a tropical plant like pachira, seed propagation is the easiest option. The plant reproduces quite simply in this way at the proper soil temperature up to 30 degrees. It should be noted that obsolete seeds are not suitable for this, since during long-term storage they lose their germination. It is preferable to use young seeds. They are sown in the usual mixture. It is not worth sprinkling them heavily with soil. It is enough to spray the seeds a little with soft water and then cover with glass, you can also use a plastic bag. Planting should be constantly checked, ventilated and sprayed with water for at least three weeks. With proper care, seedlings appear quite quickly..

Propagation of pakhira by cuttings is another popular and effective option. To do this, cuttings with a heel are cut from the plant. It is advisable to do this at the end of summer in order to minimize harm..

Next, they must be laid out in a wet mixture consisting of sand and peat, covered in the same way as when propagating by seeds. It is very important to observe the correct regime of humidity and heat. After a couple of months, grow a young tree.

Video about pakhira at home