A symbol of bourgeois wealth, unpretentiousness and resistance – aspidistra 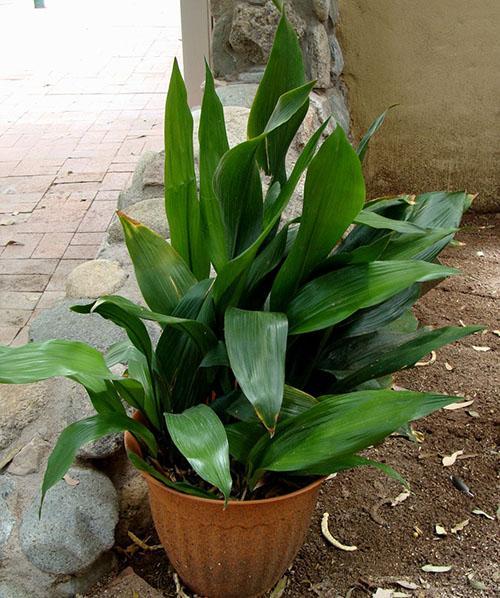 Human acquaintance with aspidistra took place a little less than two centuries ago. And during this short, by historical standards, period of time, plants from the Asian region managed to make many mysteries, become a symbol of anti-fascism during World War II and a sign of the middle class during the time of Queen Victoria.

Aspidistra: the story of the discovery of the plant 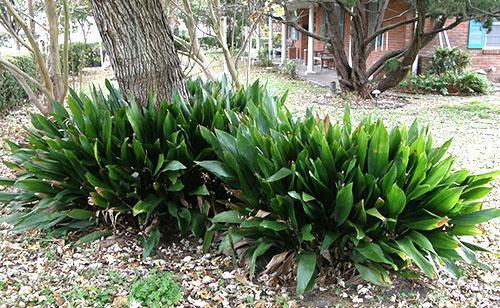 The first plants, today classified as the Asparagus family, were discovered and described in 1822 by the botanist Gene Gohler. He also gave the aspidistra the name, but according to the ideas prevailing at that time, the genus was attributed to the Lilia family, where it stayed until 2009.

The reason for being classified as a plant related to asparagus and lily of the valley was the fact that, unlike lilies, it did not have bulbs. It is surprising that pundits so late noticed such an obvious circumstance, but practically from the discovery and until the 80s of the last century, very little attention was paid to aspidistra by botanists..

This circumstance can be judged only because the methods of pollination of the plant are still not clear, and the flowering itself has been extremely little studied. In addition, in the 70s, scientists described only 8-10 species, but over the next decade, about thirty more species were discovered in China. By 2008, scientists already had 93 independent species of the aspidistra plant at their disposal. And today they are already talking about 101 species, and not all discoveries have been made, because it turned out that the plants of this promising genus have a very extensive range.

Where does aspidistra grow? 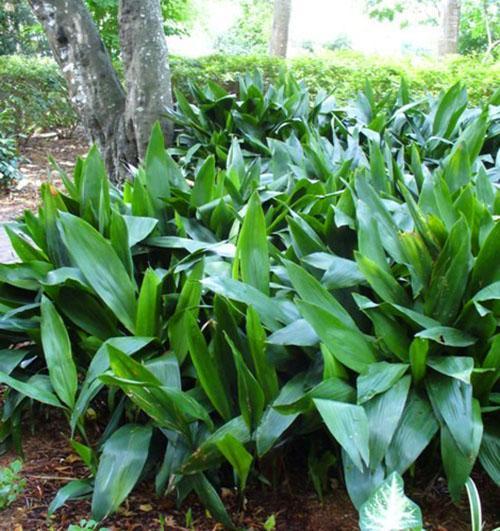 Southeast and East Asia can be considered the homeland of the aspidistra. Plants of this genus are part of the terrestrial flora in the humid forest regions of eastern India, Taiwan and Japan. And yet the largest number of species is found in the Chinese province of Guangxi, and Vietnam is in second place in terms of the number of open varieties, where one of the new varieties was discovered in 2013..

The difficulty of detecting and describing plants is explained not only by the richness of the flora of the growing areas, but also by the fact that among the aspidistra plants there are many endemics with a clearly limited range.. 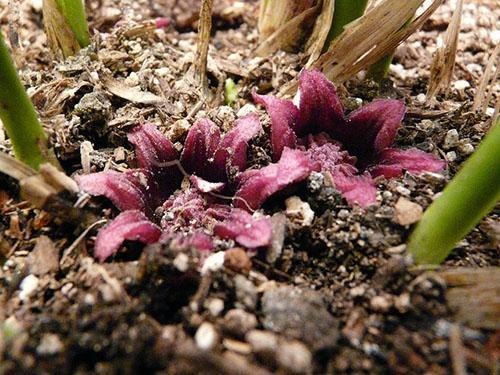 Aspidistra, regardless of their habitat, are perennial herbaceous plants in which creeping surface rhizomes, single or collected from small bunches, practically without a stem, whole leaves and fleshy bell-or cup-shaped flowers of various shapes, colors and sizes.

Flowers, like leaves, have very short petioles, so for many growers, the flowering of the aspidistra plant becomes a big surprise. The fruit that forms after pollination of the flower is a dense, round or pear-shaped berry with one or more seeds inside. 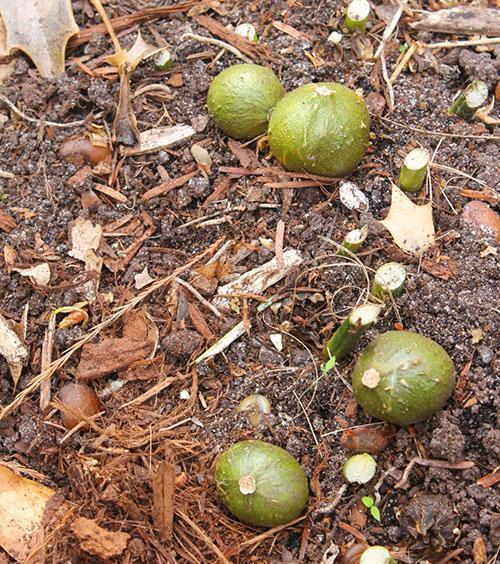 Despite the lack of attention from scientists, aspidistras were quickly introduced into the culture. More than a century ago, the plant has been used for landscaping in the United States. Here, aspidistra also grows in interiors, and is actively grown in the open field, since the properties of the culture allow it to tolerate even small sub-zero temperatures, rare watering and shade.

And in Europe, especially in Great Britain, the tall aspidistra or elatior has become truly iconic. Moreover, the plant became popular not only due to the decorativeness of the dense green foliage of an oblong-pointed shape, but also because of its amazing unpretentiousness. 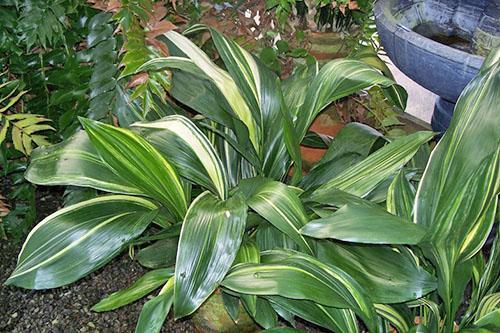 Until now, there is an opinion that even without any supervision and care, the culture remains viable, and the nickname “cast iron plant” has been preserved for aspidistra for about a century. The culture easily tolerates content in deep shade, in conditions of excessive watering or low humidity. Even temperatures down to -5 ° C or below do not harm the decorativeness and health of the plant.. 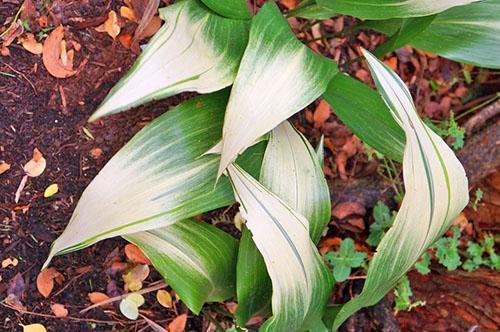 In addition to plants with even green leaves, very reminiscent of lily of the valley, in places where aspidistra grows in nature, specimens with variegated and striped foliage were found. Today, on the basis of this Variegata variety with white or yellowish stripes along the entire length of the leaf, numerous cultivars have been bred. There are aspidistra with lightened ends of leaf plates, and plants with completely spotted leaves.. 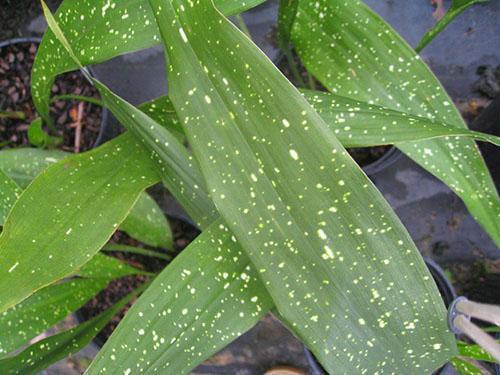 The number of varieties available for indoor floriculture lovers today is in the tens. Among the most interesting plants of aspidistra: 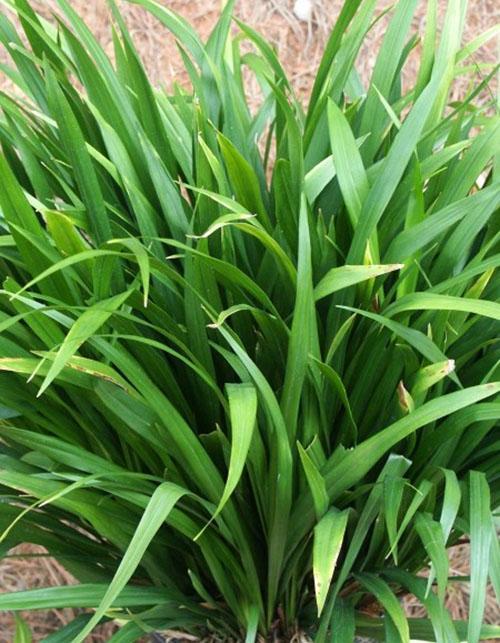 There are many plants with a long interesting history, as for the aspidistra, this culture, over the 200 years that it has been known to science, has managed to acquire an incredible number of bright and even incredible stories..

The first interesting fact related to aspidistra relates to its name. You can often hear the version that the plant owes its name to “asps”, that is, snakes. However, if we turn to the memoirs of the discoverer of culture, it turns out that when calling the plant aspidistra, the botanist was thinking about the shape of its leaves, similar in some species to wide double-edged swords. Since, as J. Gohler joked, the name “gladiolus” was already taken, it was necessary to call the open genus aspidistra. 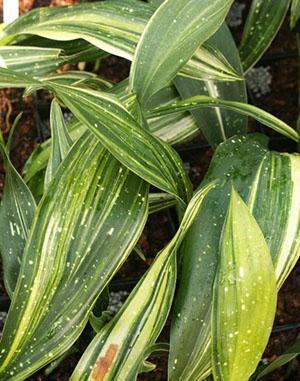 The second mystery or interesting fact about the aspidistra concerns the way plants are pollinated. Many sources state that the cupped flowers of the plant located at the soil level are pollinated by slugs, snails and even small crustaceans. This version, which existed for many decades, is now recognized as a myth..

Recent studies carried out in a number of countries by scientists from Britain, China, the United States and Russia have shown that tiny springtails, mushroom mosquitoes and gall midge flies are involved in the transfer of pollen, depending on where the aspidistra grows. Moreover, for the larvae of the latter, the flowers of the aspidistra become a home. The larvae laid down by adult insects and developing inside the corolla even try to pollen, but when they mature, they go outside and transfer pollen particles from the stamens to the pistil. 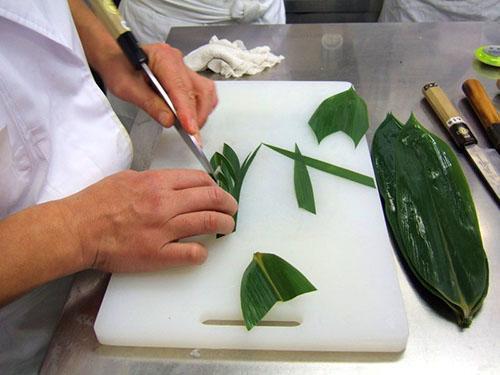 In the homeland of aspidistra, in Japan, the leaves of this plant have been used for many centuries for separating individual dishes on a common tray or in a box, which is traditional for national cuisine. True, today, when skillfully carved flat greens are replaced by paper or plastic, aspidistra leaves can only be seen in gourmet restaurants or in the works of carving masters.. 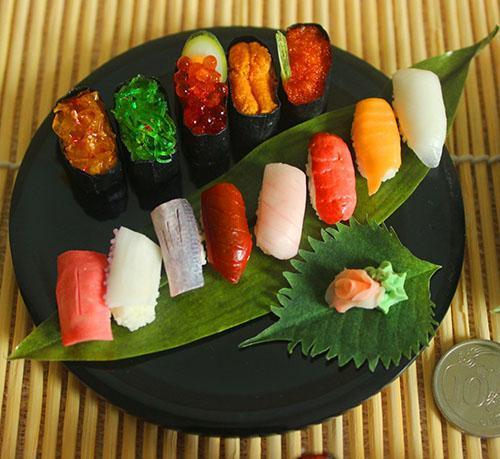 No less interesting is the fact that aspidistra is a plant that is extremely popular among modern masters of branch design. Flexible and very hardy leaves are good for decorating bouquets, rosettes or boutonnieres, as well as for larger works.

Greens do not lose their rich color, shine and elasticity for a long time even under the sun and spotlights, in the wind and cold.

What does aspidistra symbolize? 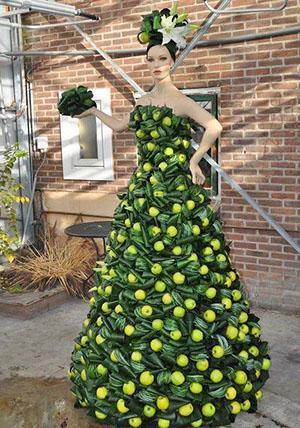 Many peoples have a saying that everything new is a well-forgotten old, which fully applies to the aspidistra. Today, flower growers are increasingly paying attention to an unpretentious decorative leafy culture that survives even in the most inappropriate conditions..

And the first stormy wave of popularity of the plant fell on the era of the reign of Queen Victoria, when floral ornaments and an abundance of details in the interior came into fashion. The main feature of the then prevailing style was the fresh flowers that appeared in the houses of not only high-ranking persons, but also ordinary people..

It would seem that difficult! Today it is not difficult to grow a culture you like in a pot, but a hundred years ago, flower growers faced a banal lack of light. Gas lighting of houses could not provide the plants’ need for light, moreover, it mercilessly poisoned the air, so only the most hardy survived. Aspidistra is a plant that remained green and fresh even in the conditions of England at the end of the nineteenth century.. 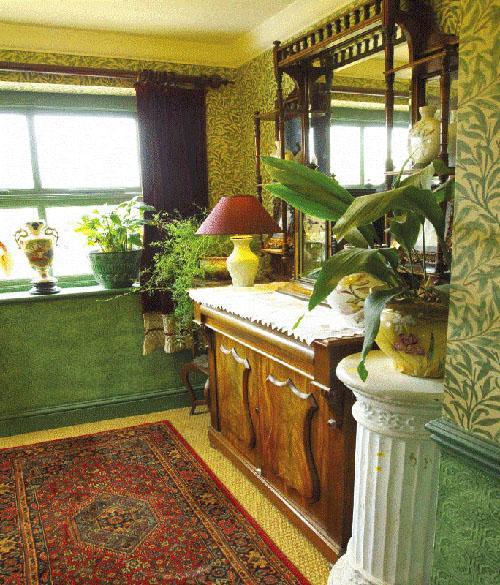 The appearance of a pot with aspidistra in the house was a sign of wealth and an indicator of belonging to the middle class..

In fact, the plant became the protagonist of George Orwell’s novel. The book “Keep the Aspidistra Flying” was published in 1936. In the USSR it was published under the more understandable title in the country “Long live the ficus!” The novel tells the story of the life of Gordon Comstock, a poet and writer who failed to gain recognition and therefore works in an advertising office. 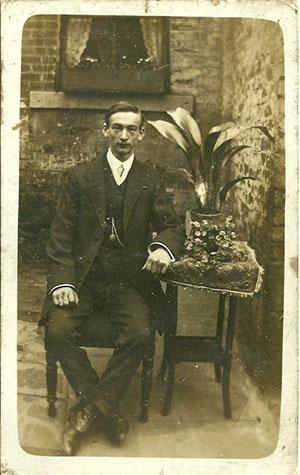 No matter how bad it was for the hero, he notices that aspidistra, symbolizing at the beginning of the last century the desire for a wealthy life, is invariably green and fresh.

The peculiar confrontation between man and plant ends when Gordon meets love, marries and learns that he will become a father. It turns out that the desire for respectability is not so bad, and the aspidistra, a symbol of success in society, is even pretty.

The writer later admitted that he was ashamed of this novel, since the book had autobiographical features and was published only because of the plight of the author. This means that the classic himself recognized the legitimacy of the slogan in the title.

A little later, already in 1938, aspidistra became the heroine of a popular song. “The Biggest Aspidistra in the World” was sung by Gracie Fields, and during the war it became a kind of anthem of resistance, as her tune became the callsign of the largest anti-fascist radio station in England, also named after the ASPI plant or “Aspidistra”.