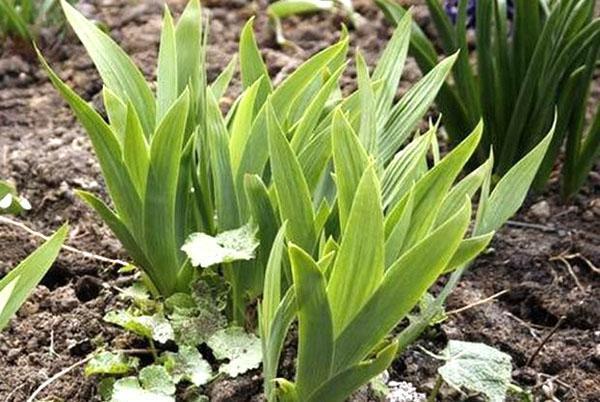 There may be several reasons why irises do not bloom. These plants grow well in the open field and annually delight the owner with large multi-colored flowers. If this does not happen, but the plant feels fine, and there are no signs of any diseases, it is worth analyzing whether the irises are planted correctly and whether they have enough care.

If the green mass grows well, but no flowers appear, it is worth replanting the bush to a more comfortable place. 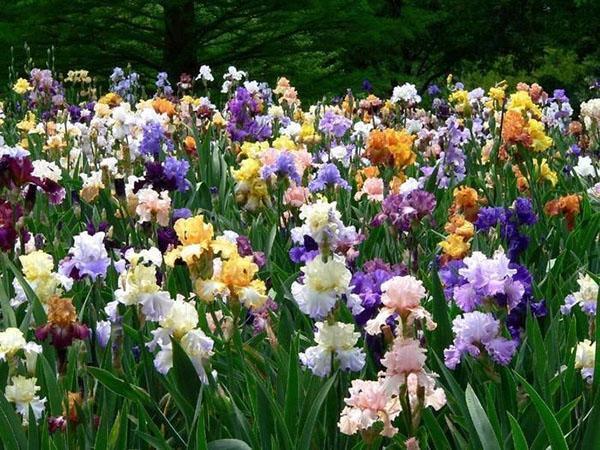 The first likely reason why irises do not bloom is the lack of sunlight in their garden. If the plants are initially planted in the shade, they will adapt to these conditions, their green mass will grow rapidly. However, they will bloom badly. It may also happen that the irises previously bloomed, and then stopped, and this may be due to the following reasons:

If irises really do not bloom due to insufficient lighting, the bushes should be transplanted from the shade in the sun. They tolerate this procedure well. Moreover, they need to be replanted every few years so that they grow healthy and bloom well..

When growing different varieties, it is worth knowing in advance whether they will feel comfortable in the same garden 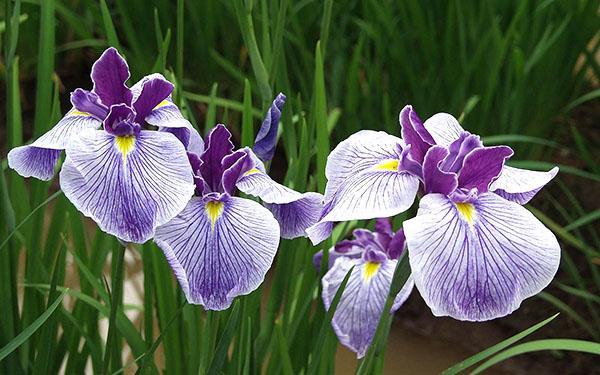 The green mass of irises quickly grows not only upward, but also in width. This nuance should be taken into account when planting plants in open ground, but the problem can be created even several years after their first planting. Even if initially there was enough space for the bushes, for several years they grow so that they do not have the opportunity to release flowers. The only solution would also be to transplant flowers to neighboring areas..

Iris bushes should initially be planted at a decent distance, otherwise they will not bloom due to tightness

Some iris varieties will not be able to get along in the same flower bed, even if there is enough space between them. The fact is that the varieties of this plant prefer different types of soil. So, Siberian irises will grow and bloom in soil with low pH, and bearded ones will feel bad.. 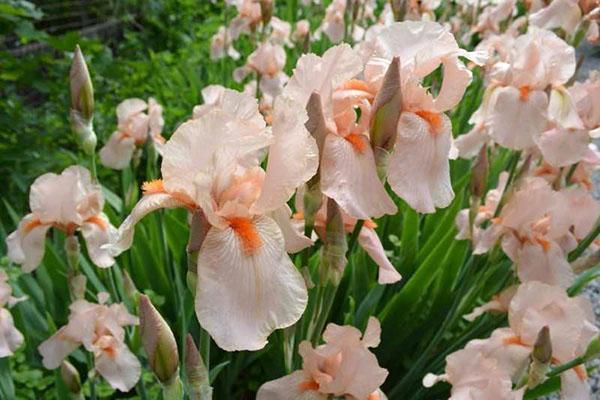 One of the common reasons why irises do not bloom is that they are planted too deep in the ground. Normally, the back of the rhizome should remain on the surface so that it can warm up well under the sun. If the root is lowered too deep into the soil, the plant will grow, develop and grow green mass. However, such bushes will postpone the flowering period indefinitely..

Siberian irises are the most unpretentious to care for, tolerate frost well and grow on different types of soil 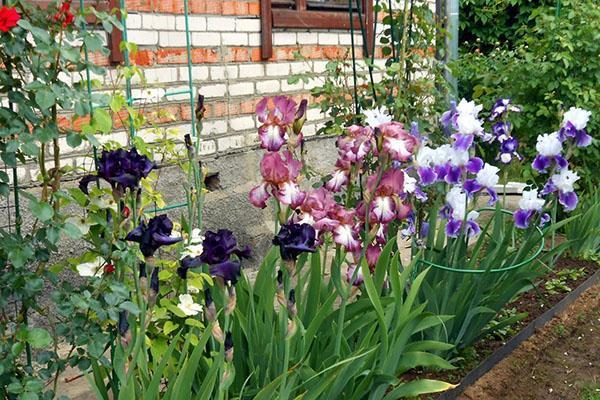 The flowering time depends on the type of plant. If different varieties of iris grow in the garden, it may well be that they will bloom at different times. Depending on when the irises bloom, there are several varieties of them:

If one of the varieties did not bloom on time, and the rest of the plants feel normal and bloom according to the schedule, it may be due to the peculiarities of its variety. In addition to the flowering period, they may require different care, prefer special types of soil or fertilizer.. 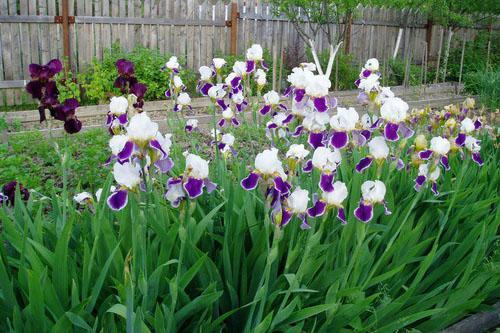 Iris varieties should be chosen not only for their appearance, but also for their climatic preferences. So, Siberian irises tolerate frost well. The rest of the varieties should be covered for the winter, otherwise they will freeze and not bloom. This process is very important – if you cover the plants too early, they can rot and will also not release flowers..

The reasons why irises do not bloom, some leaves grow and feel normal, there may be various flaws in the conditions of maintenance and care. It is important for these flowers that they have enough sunlight and space. In addition, the bushes need to be replanted every 3-4 years and split one large plant into several daughter plants. However, the reason may be not only in leaving – some varieties bloom at the end of summer, and some representatives may even bloom twice a season..