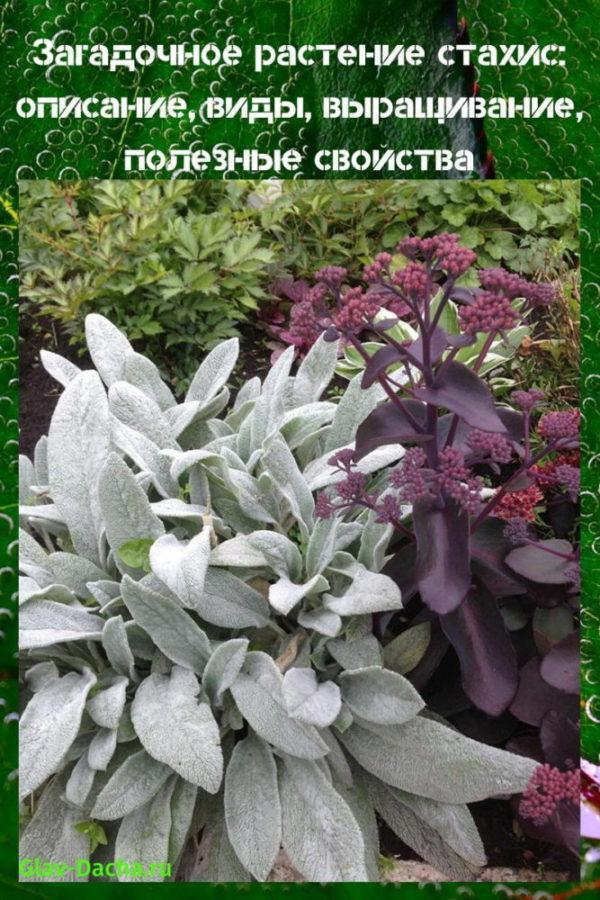 At the end of the 20th century, an unusual “shaggy” plant appeared in Europe. Stakhis attracted the attention of not only fans of decorative greenery, traditional healers, but also culinary specialists. Today it is actively grown in summer cottages as a decorative decoration. The culture looks original on flower beds, spacious lawns and rock gardens. In addition, it has a number of medicinal properties. Delicacies are prepared from its tubers. Let’s try to figure out what it is – stachis, ornamental or fruit plant? What it looks like, where it comes from and popular varieties. Features of planting and care. How is the plant useful for the body? What is it eaten with? 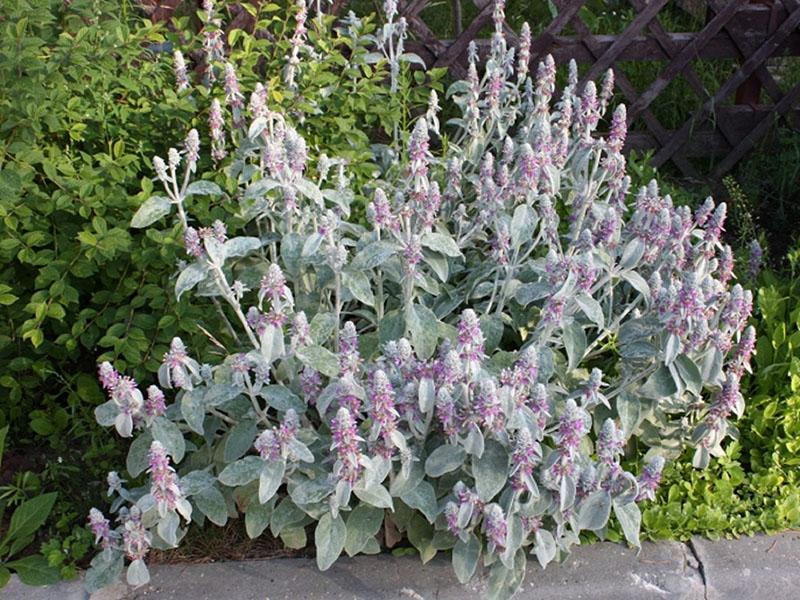 Stachis is a perennial and annual herb. It belongs to the Lamb family. The historical homeland is the subtropical regions of China. Even today, its wild forms are found on mountain slopes, the height of which is about 3200 m..

The plant has other names:

Translated into Russian, the word “stakhis” means “ear”, which is directly related to the shape of the graceful inflorescence. The tenacious feels great in central Russia, the Altai Territory and the western regions of Siberia.

Some types of crops are compact shrubs.. 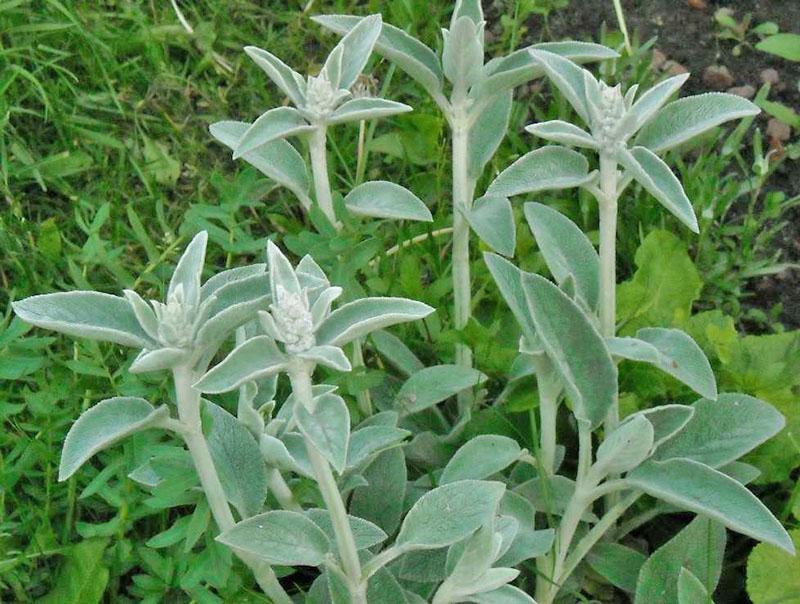 The plant has erect, fleecy, slightly branched stems that grow up to 50 cm. Dense oval-shaped leaf plates resembling hare ears are attached to them. Edges are jagged or solid. They are covered with many fibers that are soft to the touch. The foliage is collected in an elegant rosette and painted in gray-green. 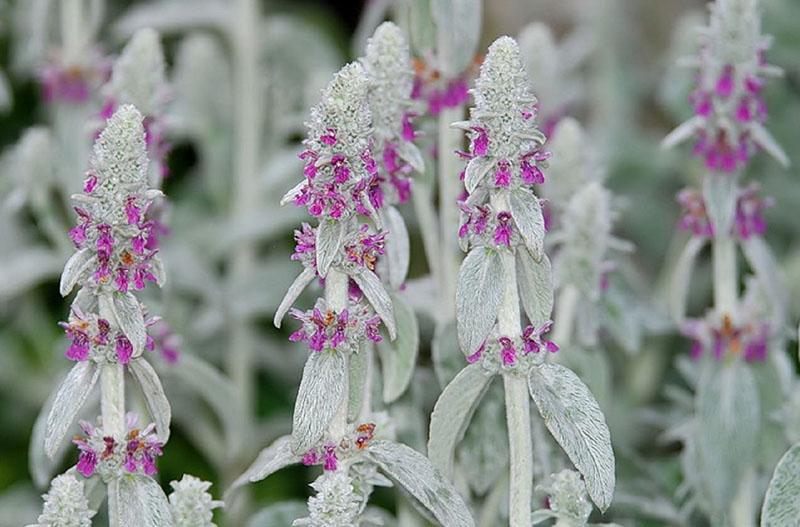 In the middle of summer, the stachis plant adorns a stately inflorescence in the form of a false ear. It consists of 7-10 buds painted in the following colors: 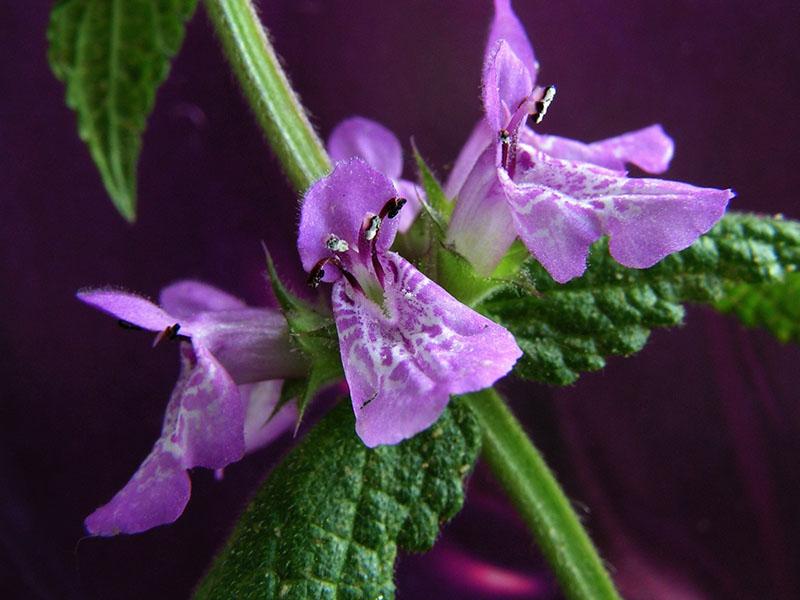 The shape of the flowers resembles miniature bells, consisting of five petals. Each of them has a narrowed base. The flowering process continues until the beginning of autumn, after which the fruits appear in the form of bolls. Inside there are seeds in the form of triangular nuts.

To get a spectacular frame for the borders, you need to remove the flowering shoots.. 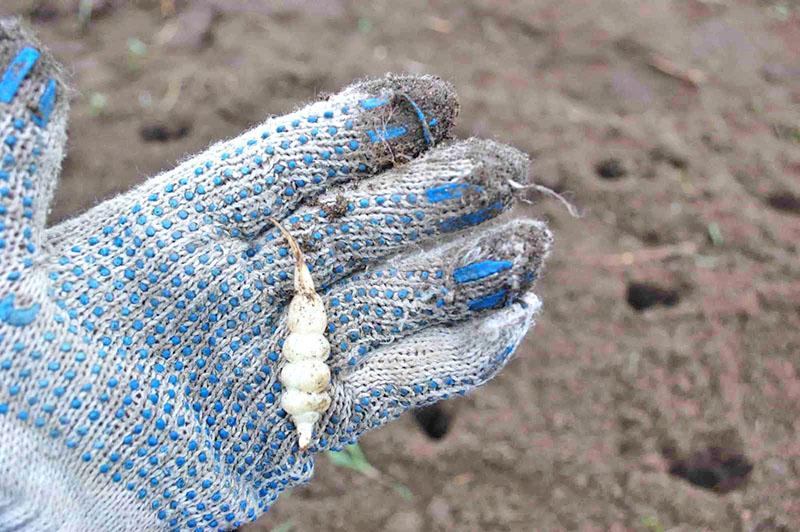 A strong root system goes deep enough into the ground. It is distinguished by fleshy branches. Some species have tuberous formations that are used to prepare delicacies.. 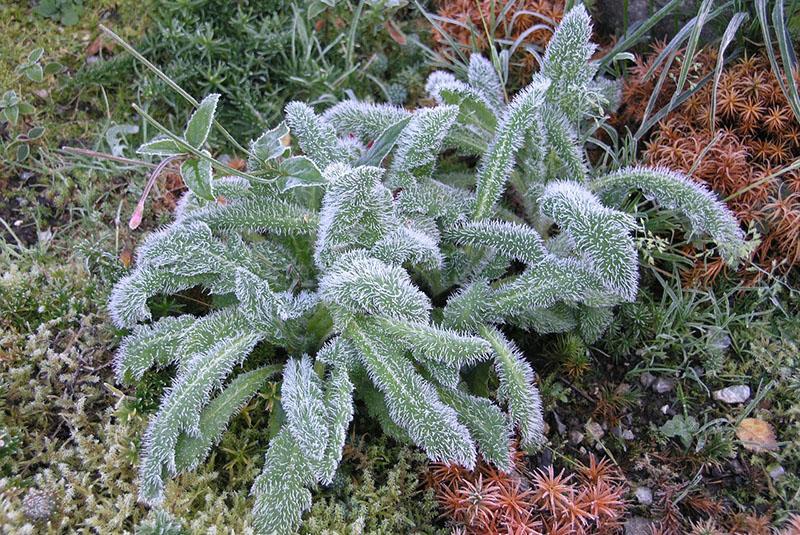 Biologists count over 300 varieties of the gray-green “furry” culture. However, not all have gained popularity. In horticulture, about 10 items are used. Let’s get to know some of them. 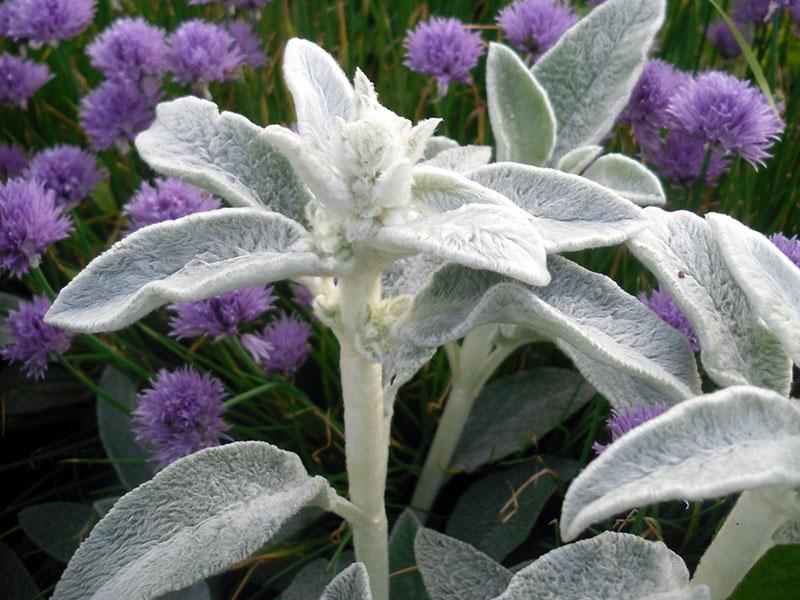 The plant is distinguished by the bizarre shape of leaf plates covered with small villi. It easily tolerates frost and spring temperature drops. Blooms all summer. The buds are colored purple or deep pink.

The exquisite plant “Stakhis Woolly” is ideal for decorating the territory of a country house. Low-growing options are planted along the edges of garden paths. Tall shrubs fit into the landscape of the alpine hills. 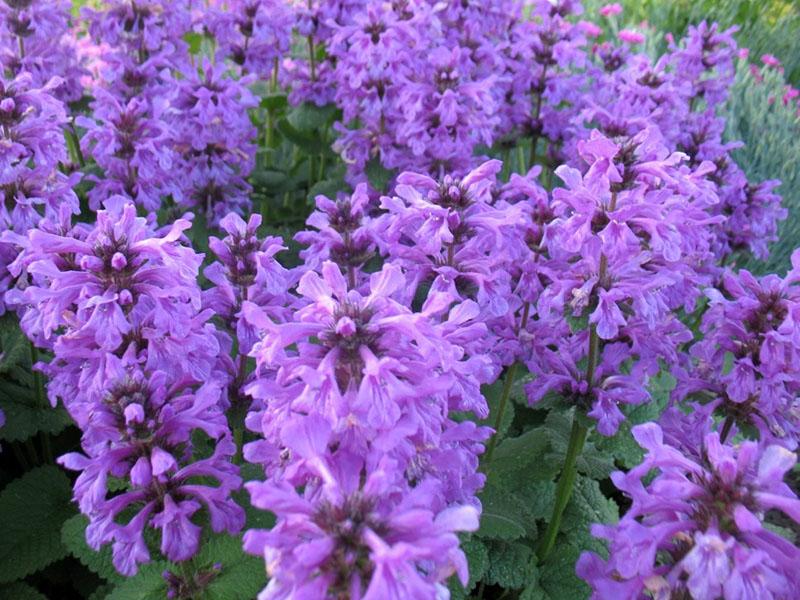 Perennial grows up to 30 cm. Plates are round or heart-shaped. Erect peduncles reach half a meter in height. False ear is decorated with large buds.

The crop is often grown in city flower beds. In summer cottages, they are planted next to the fence or at the entrance to the residence. 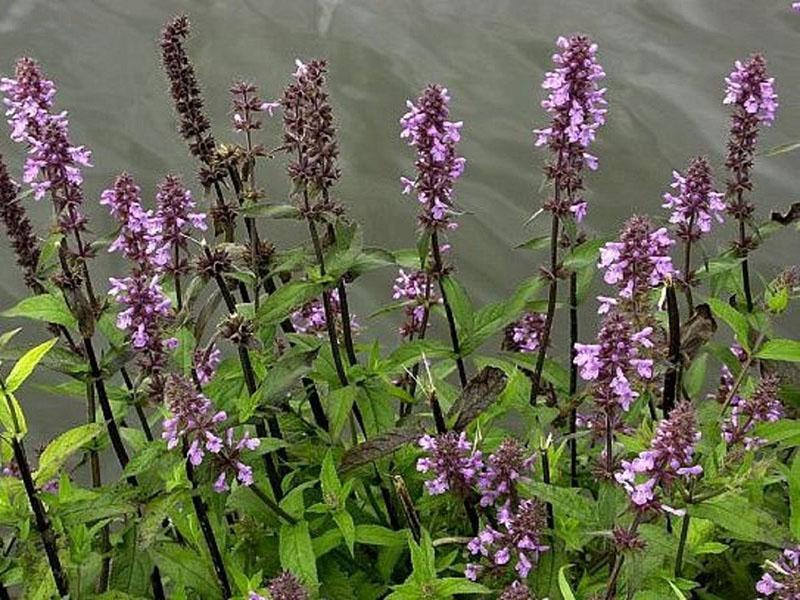 The cultivar is a vegetable. For cooking, stachis tubers are used, which are formed in the root system. Outwardly, they look like miniature mother-of-pearl spiral-shaped shells. The maximum weight of one fruit is about 10 g. The ground part of the plant grows up to 70 cm. The buds are colored deep pink. The most popular varieties: “Keg” and “Shell”.

In China, Europe and Asia, artichoke is consumed not only raw, but also:

Leaf plates are added to salads. Hot drinks are prepared. For example, they boil it for only 7 minutes. And pickled according to the same recipe as cucumbers. Dill, garlic and spices are put in the brine.

Secrets of growing at their summer cottage 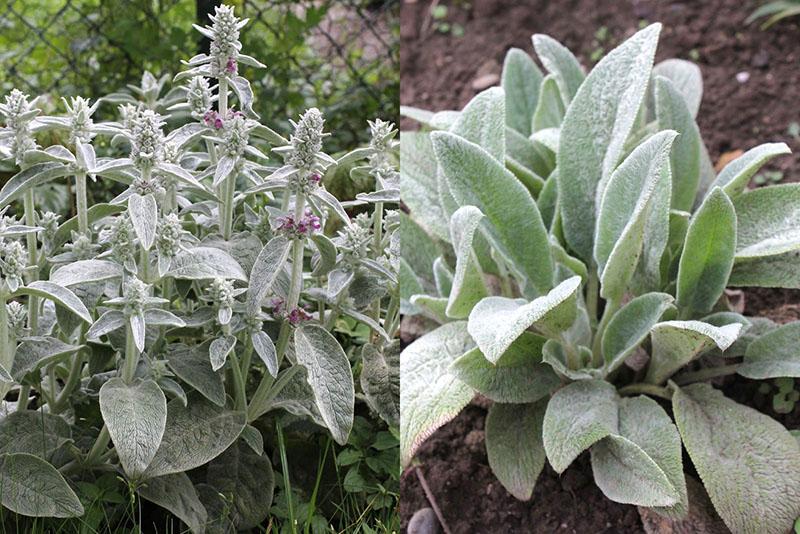 The culture is propagated in traditional ways: by dividing the bush and seeds. There is a simple technology for everyone. Sowing seeds is carried out in late autumn in small boxes.

This is followed according to the instructions: 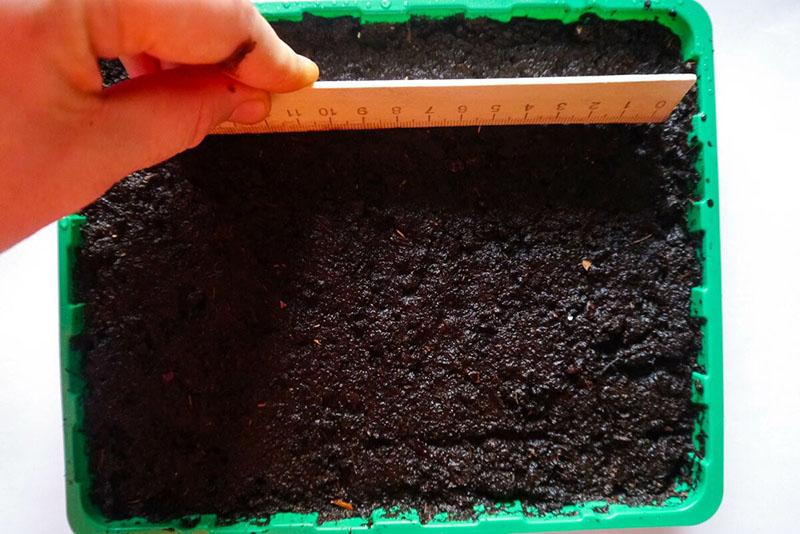 The boxes are transferred to a warm room. Every day, the film is removed to ventilate the planting material. After 30 days, tender sprouts will appear, after which the coating is removed. Water the seedlings as the soil dries. When two leaves appear, the seedlings are transferred to separate pots. At the end of May to an open area. Seated at intervals of 20 cm from each other.

Drainage material and a layer of humus mixed with earth are placed at the bottom of each hole.. 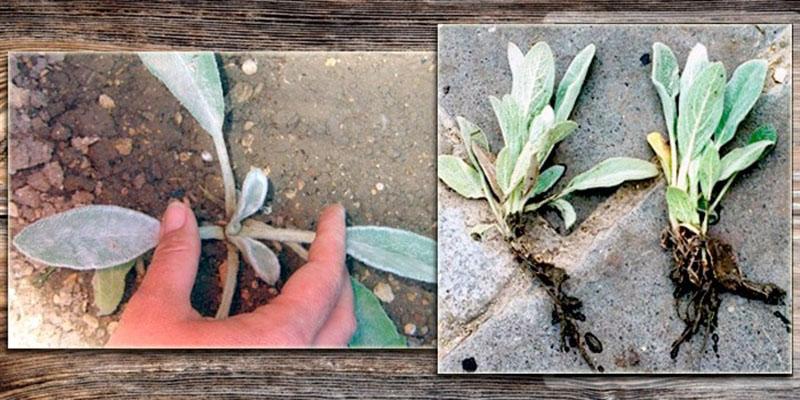 There is an easier way to reproduce stachis – by dividing the bush. A beautiful plant is chosen for the procedure. Carefully dug out of the garden bed. Shake off the roots, and then divide into parts. Each must contain at least 3 sheets. The resulting copies are transferred to a new site. Planted at a distance of at least 30 cm. Water abundantly. 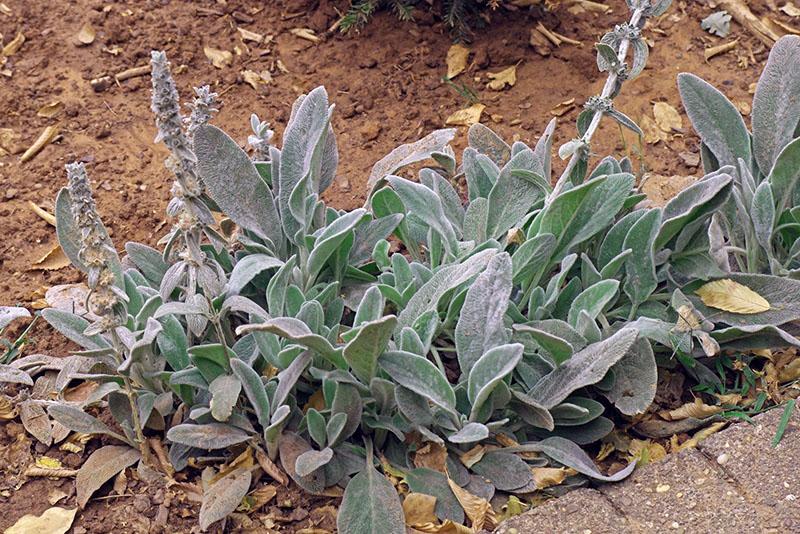 In order for the stachis to take root successfully, it is placed in a well-lit place. If a shadow appears, then only for 2-3 hours. Otherwise, it will lose its decorative color. The best option is an open sunny area, where there are no drafts..

The optimum level of soil acidity does not exceed 6.5 pH. It must be water and breathable. Sandy loam or loamy type of soil is suitable. When planting a hen, ash, peat, rotted manure are added to the ground.

The plant does not like extreme heat. Withstands within + 30 ° C.

Rules for caring for an “alien” from China 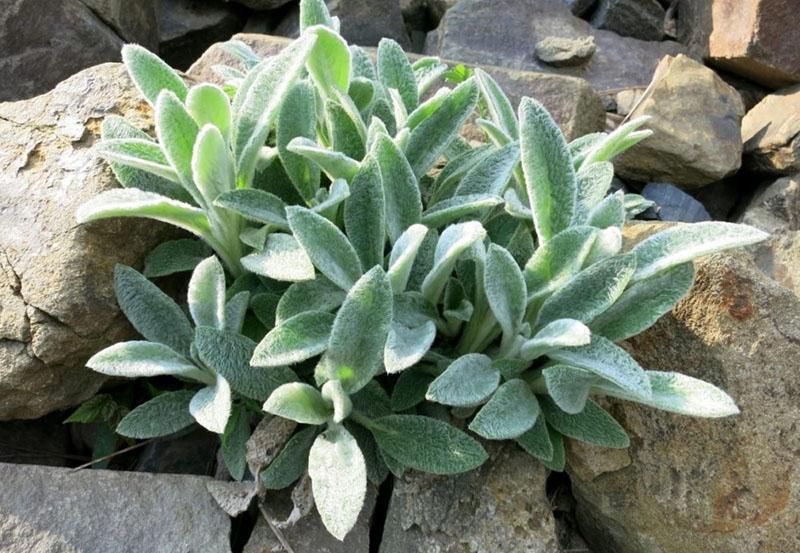 Although stachis is an unpretentious culture, there are still several important procedures. Without them, it will wither and lose its decorative appearance. After planting, the stachis is carefully monitored. The top sphere of the soil is fluffed regularly. Remove weeds.

Water several times a week. Much depends on the climatic conditions of the area where it grows. In drought, the earth is moistened in the morning and after sunset in small portions. After 5-6 hours, after each procedure, the soil is fluffed. 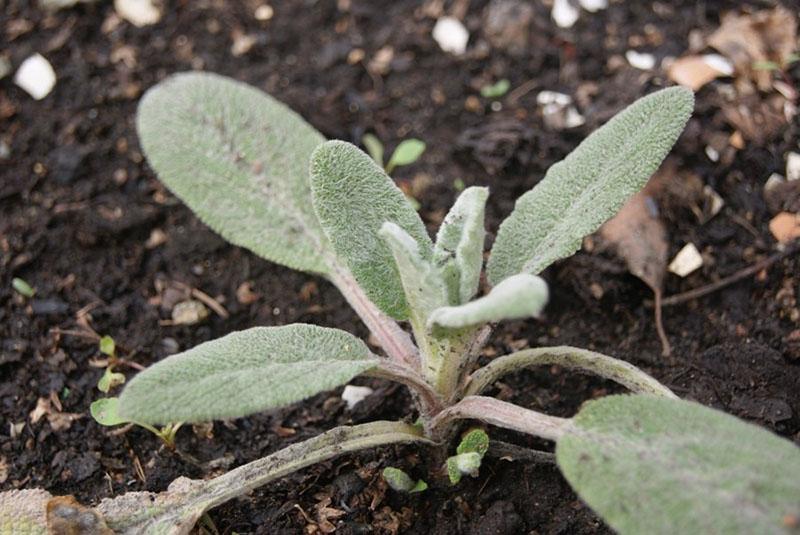 Top dressing is carried out in three stages. In March, when the growing season begins, a solution of ash and nitrogenous substances are introduced. Before flowering, the plant is fed with rotted manure and complex fertilizers. In late summer and early autumn, nitrogen, phosphorus and potassium preparations are used. This will help the culture to survive successfully during the winter cold. In the fall, almost all the foliage is cut off. Leave several pieces in the center of the outlet. In northern latitudes, stachis are covered with mulch or agrofibre.

It is advisable not to feed vegetable species with nitrogen fertilizers. Otherwise, the fruit will lose its taste..

A treasure trove of useful components 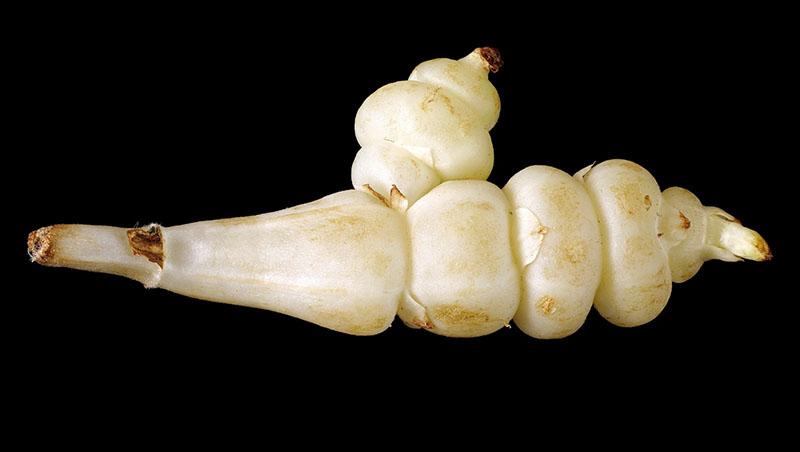 Stachis fruits and foliage are low-calorie foods. They contain:

In addition, the Chinese artichoke is a treasure trove of vitamins. The following compounds were found in it:

The plant rich in valuable components has a beneficial effect on the human body. The medicinal properties of woolly stachis are manifested in the treatment and prevention of diabetes mellitus. The presence of dietary fiber stimulates the digestive tract. Minerals lower blood pressure. Regular consumption of artichoke strengthens the body’s defenses.

We examined in detail how planting and caring for stachis is carried out. Photos help to present the plant in all its glory. The chemical composition revealed the value of an exotic product. Why not grow this cute ornamental plant on your site?

Stachis plant in the garden – video