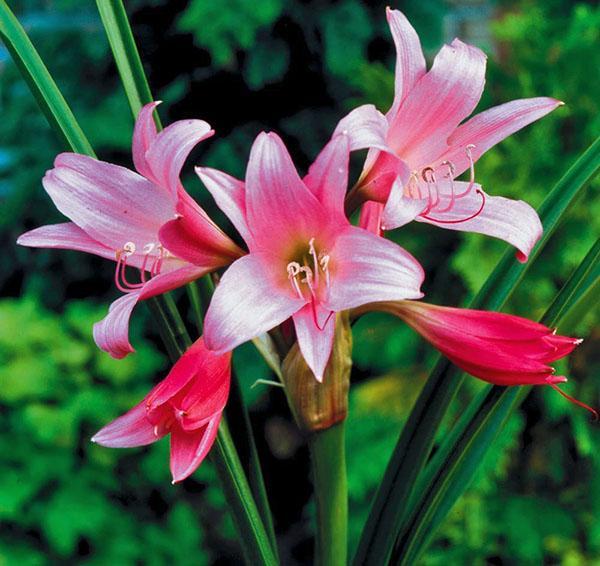 From distant countries, Italian, Spanish and Portuguese sailors carried outlandish plants, jewelry and spices. So, in 1714, amaryllis bulbs first came to Europe. At first, tall flower stalks appeared above the planted plants, then pink tubular amaryllis flowers opened on their tops, and the entire surrounding space was enveloped in floral fragrance.

The exotic flower culture quickly became popular, and bulbs from South Africa made their way around the world. Ease of cultivation and unpretentiousness attracted flower growers in many countries. But the plants did not always please their owners with regular flowering. Enthusiasts who nourished and cherished the bulbs in greenhouses, and gardeners who tried to achieve flowers in the open field, often complained that amaryllis does not bloom, but only releases dense green leaves.. 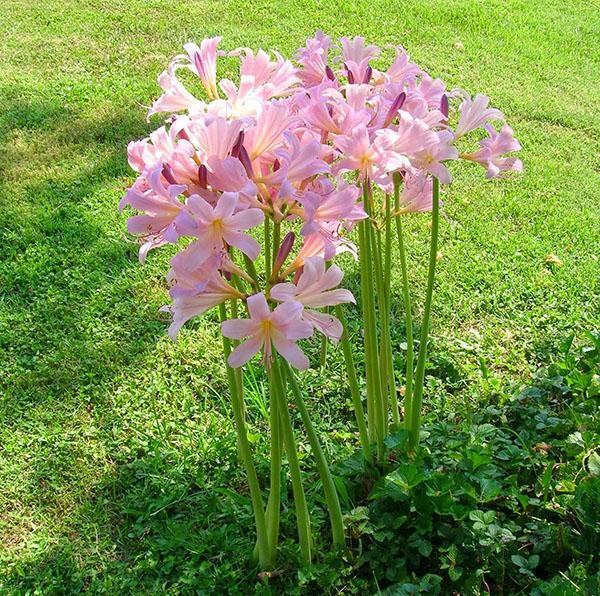 Many years have passed since then, the plant has revealed all its secrets, but even now, for some lovers of indoor crops, homemade amaryllis seems capricious and stubborn..

Actually this is not true. If you know some of the features of the plant and take into account its origin, amaryllis flowers will delight with enviable constancy both with their appearance and amazing aroma..

Question: “How to make amaryllis bloom?” worried many minds. The whole secret is that the plant needs to imitate conditions close to its natural. 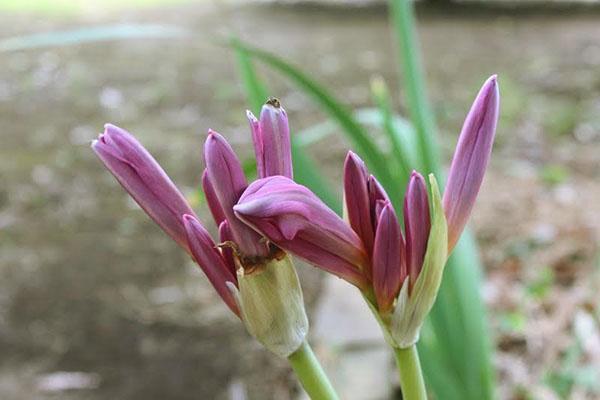 Wild amaryllis are plants with a pronounced growing season and an obligatory dormant period. The first signs of bulb activity, dormant for part of spring and all summer, appear in March, the first autumn month in the southern hemisphere. It is at this time that the rains begin, the temperature reaches a comfortable 20-25 ° C, and the rocky slopes are covered with lush inflorescences, consisting of 6-12 large pink flowers.

Amaryllis bloom lasts up to six weeks, then the inflorescences wither, and their place is taken by leathery elongated leaves that grow all winter and spring. The dying off of foliage indicates the preparation of amaryllis for a dormant period..

For well-being, homemade amaryllis are created with conditions similar to those that the plant had in nature: 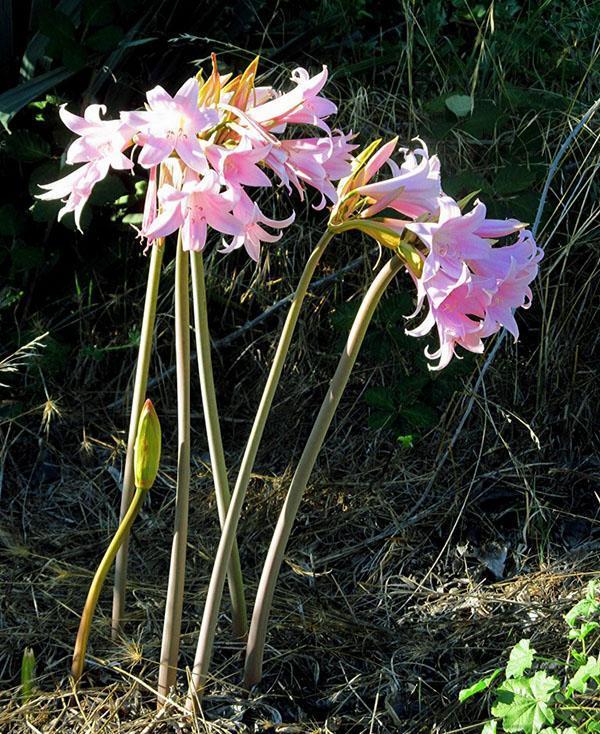 If amaryllis does not bloom, you need to understand the possible reasons for this and try to fix the situation. The buds of inflorescences in the depths of the bulb are laid at least one season before the upcoming flowering.

In nature, the culture prefers lighted, ventilated places with drained soil. At home, a soil mixture consisting of 2 parts of peat, the same amount of loam, one part of perlite or sand is suitable for her. A glass of bone meal is mixed into 6 liters of such a substrate and the bulb is planted so that most of it remains above the ground. At the same time, homemade amaryllis does not tolerate waterlogging, but easily tolerates drought..

Reasons for the lack of flowers in amaryllis 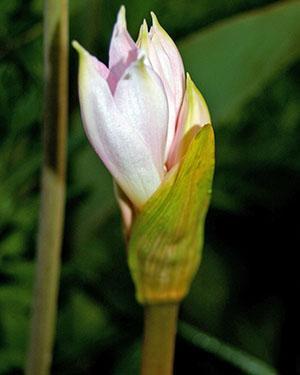 Amaryllis can refuse to form buds if you break the order established by nature, for example:

A shaded indoor amaryllis can also make its owner jittery about the degraded flowering quality. As a result of a prolonged lack of light, the number of buds is reduced, amaryllis flowers are visibly smaller.

Transferring the plant from the shade to the sun will help you enjoy more lush inflorescences next year..

The situation when there are significantly fewer flowers on the amaryllis than a year ago, or the peduncle has not developed at all, the florist can observe if:

When the inflorescences wither and leaves appear, the bulbous plants actively replenish the expended forces. This is not only due to the extraction of nutrients from the soil, but also due to the photosynthesis processes provided by the leaves. And this time, and the subsequent period of rest for amaryllis is extremely important..

For better flowering, amaryllis plants must go through a full annual cycle, and experienced flower growers advise not to cut off slightly wilted foliage, but to wait until it dries and dies off naturally. 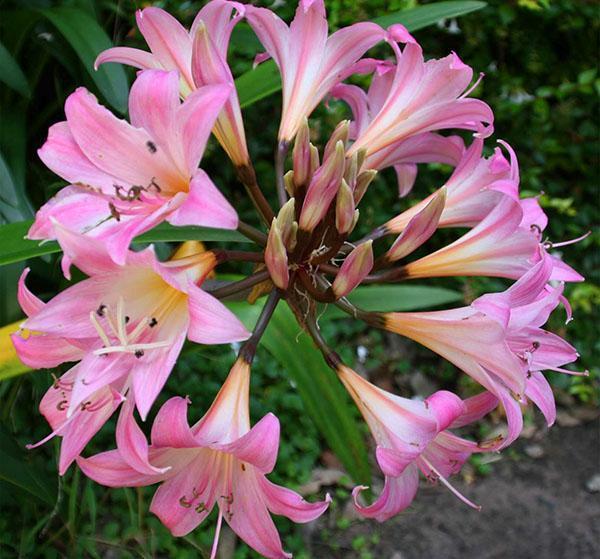 Sometimes the question is: “Why don’t home amaryllis bloom?” asked by flower growers who enjoyed a particularly large number of rosebuds last year. Usually, an adult bulb produces a single peduncle. When two powerful inflorescences swing over the ground, this can be a serious load for the plant. Obviously, the bulb “worked well” last year could not fully recover and took a kind of “vacation”. Amaryllis behave in a similar way, which in the previous season not only bloomed, but also gave seeds or children.

It does not matter if amaryllis do not bloom, the bulbs of which have not reached the age of 3–6 years. Such plants have not yet accumulated the necessary strength and have not formed the rudiments of buds. Very young specimens do not “hibernate” at home, therefore, unlike adult amaryllis, they are kept warm all year round, watered and fed, waiting for maturation.

If the bulb subsequently receives proper care, watering and feeding, there is nothing to worry about. In the future, amaryllis will again delight you with an abundance of pink fragrant flowers..

Agrotechnical rules for the care of amaryllis – video