The charming bloom and challenging nature of the azalea 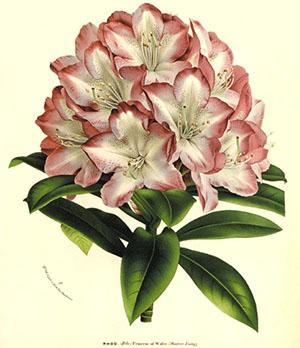 Wild azalea bushes were noticed by people many millennia ago. The unusually lush bloom of azalea, which recently turned a bare, almost lifeless bush into a cloud of hundreds of graceful flowers, forced the great poets of the East and West to devote inspired poems to it. And to this day, ancient oral and preserved in the chronicle sources of legend are known, where, in one way or another, this amazing plant is mentioned.

The history of the plant begins long before the appearance of intelligent beings on the planet. As studies of paleobotanists have shown, the ancestors of azaleas or rhododendrons bloomed on earth 50 million years ago, and were extremely common. But one of the ice ages seriously reduced the range of heat-loving flowering plants.. 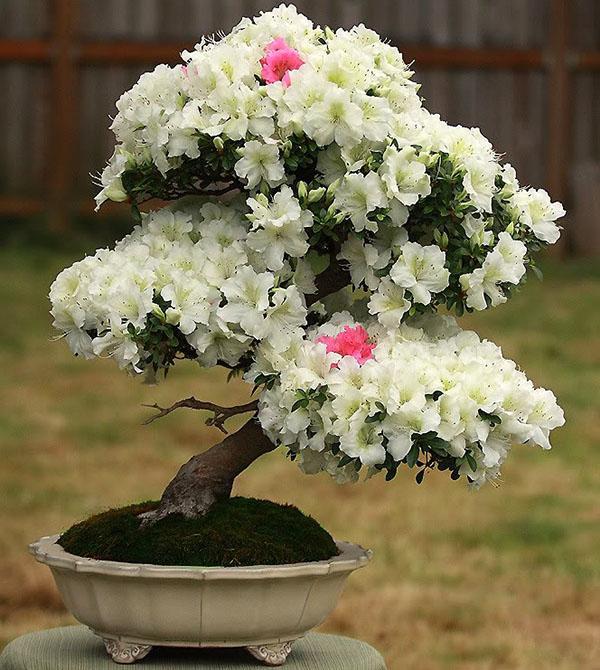 As a result, the modern variety of rhododendron species, which include azalea, grows in the southern regions of China, the Asian part of Russia, Japan and the Korean Peninsula, India and the Caucasus. Some of the varieties are found even in the north of Australia and in Europe..

The second after Asia center of concentration of azaleas and rhododendrons is North America..

And yet such a famous and azalea plant still presents many surprises and makes scientists make interesting discoveries..

History of the study, domestication and classification of azaleas 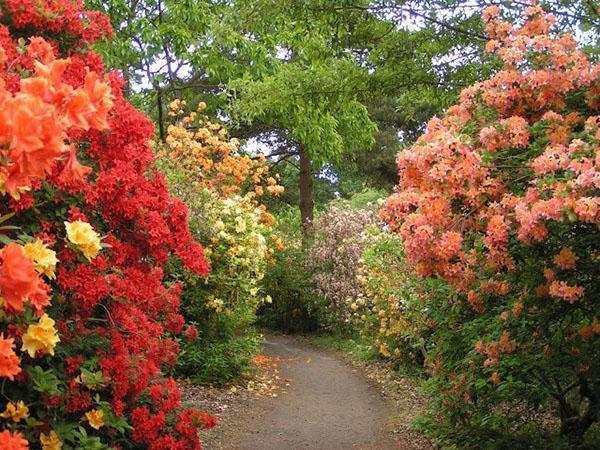 The study and classification of species was initiated by Karl Linnaeus. It was with his light hand that the plant received its well-known name, translated from Greek as “dry”. The choice of such a name was not accidental, since only at the time of flowering does the shrub acquire its unforgettable decorative appearance, remaining for most of the year covered only with fleecy, rather tough foliage.. 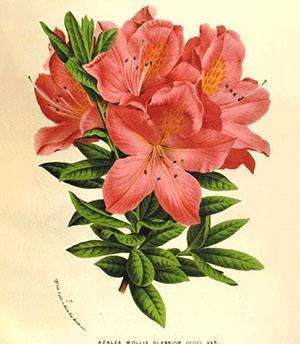 The introduction of azalea into culture began in the second half of the 18th century or at the beginning of the 19th century in Great Britain. The infusion of “fresh blood” from the second homeland of the azalea, America, sparked a surge of interest in the culture. Gardeners of the Old World had the opportunity to get acquainted not only with evergreens, suitable only for indoor or greenhouse maintenance, but also with deciduous species of azaleas or rhododendrons. As a result, numerous hybrids and varieties unprecedented in nature began to appear en masse, adapted not only to greenhouse maintenance, but also to growing in open ground even in a rather harsh climate..

The azalea plant turned out to be so malleable and grateful in breeding work that by the middle of the 19th century the number of obtained hybrids approached five hundred.

Today, according to scientists, there may be more than 12 thousand “man-made” varieties in the world, which is many times greater than the number of wild species..

Therefore, no matter how respected in the scientific world K. Linnaeus, his classification of azaleas is undergoing a serious reevaluation today. The pre-existing genus lost its independence and, together with some varieties of wild rosemary, was included in the genus of rhododendrons. 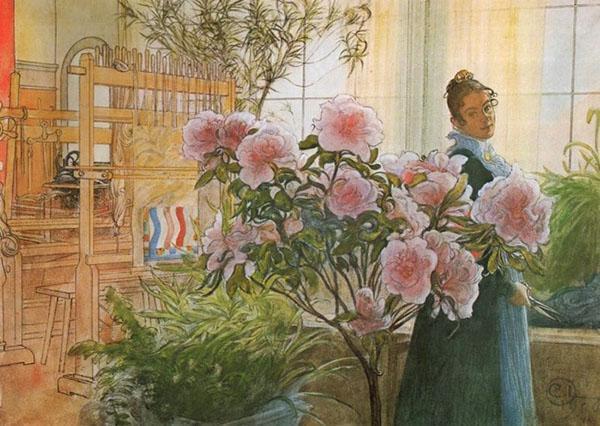 In the tradition of many peoples familiar with azalea, the plant is associated with certain natural and even supernatural forces. So in Europe they believe that an azalea in a garden or in a house will help to find happiness, to become its owner more patient, persistent and diligent. A pot with an azalea plant near a creative person’s desktop will attract inspiration and give strength to bring what has been started to a successful completion..

There is an opinion that a flowering shrub in a dream symbolizes close well-being, but the meaning of an azalea, which has already faded, is the opposite. Such a bush in a dream is a sign of a long wait for a change in life situation for the better..

The popularity of azaleas in European countries and in Russia has increased dramatically since the beginning of the modern era..

The amazing shapes of flowers, shoots and leaves of azaleas have delighted poets, jewelers and artists. Dozens of drawings and canvases, poems and prose, where the authors paint graceful flowers, have come down to us. Among those who were inspired by azalea plants: N. Gumilyov and A. Fet, A. Kuprin, K. Paustovsky and D. Mamin-Sibiryak. 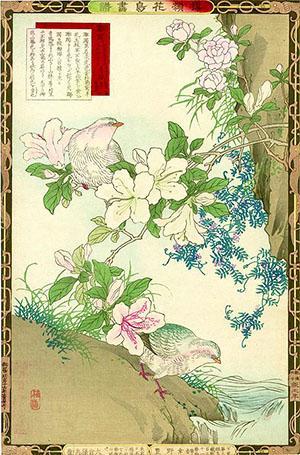 But long before them, the beauty of the azalea was glorified by the great Basho, who in laconic lines of haiku compared the flowering of this bush with a rainbow.

Hill by the road.

To replace the melted rainbow –

Azalea in the rays of sunset.

For the Japanese, who are anxious and respectful of all living things, azalea is no less significant than one of the symbols of the nation – sakura. Shrub flowers are dedicated to the sensual beauty of women and also believe in their ability to enlighten thoughts.

If you believe an old English fairy tale, then the lush flowering of the azalea plants owe to the fabulous people – the elves.

Fleeing from the merciless flame of a fire that destroyed native bushes and trees, forest dwellers were forced to leave their homes and seek refuge in a foreign land. But the majestic forest beyond the hills did not want to accept the noisy company of new settlers. Only in dry thickets, among the small rough leaves of azaleas, did the elves find a modest shelter and lodging for the night.. 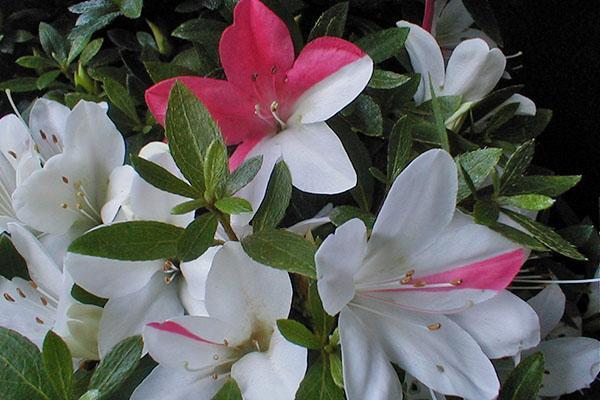 Imagine the general surprise when, with the first rays of the sun, the azaleas were covered with thousands of white, pink and purple flowers. The shrub was transformed in an instant and remained so forever.

So the elves thanked the plant for its help. But beauty was not the only gift! In addition to her, almost all rhododendrons received a way to protect themselves and scare off enemies..

The leaves of azaleas and other parts of plants contain toxic compounds, the consistent stimulating and inhibiting effect of which on the nervous system leads to the most unpleasant consequences, up to and including death..

The biochemical composition of plant materials has been studied quite recently, but the first evidence of such poisoning dates back, oddly enough, to the 5th century AD. From the story of the Greeks’ campaign in Colchis, left to the descendants by the commander Xenophon, it became known how the cohorts of warriors who were victoriously marching through the new lands, victoriously marching through the new lands, were defeated not by a formidable adversary, but by azalea plants. 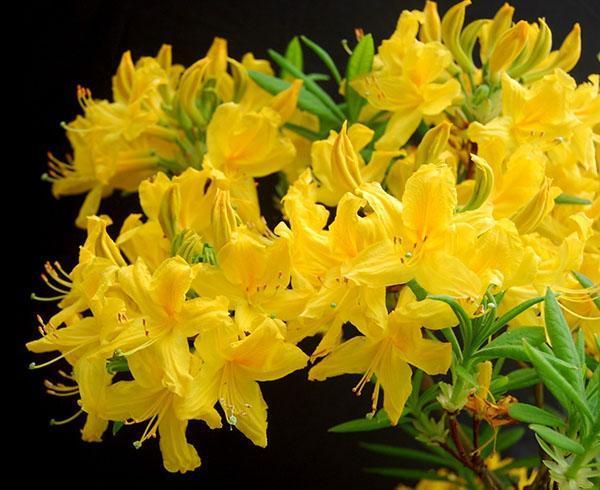 Having settled down to rest among the thickets of flowering bushes, the Greeks discovered an apiary of local residents and logs full of fragrant viscous honey. Of course, it was impossible to refuse such a delicacy for all the hardships of a camp life, and the conquerors enthusiastically gave themselves up to the meal..

Imagine the surprise of Xenophon when his soldiers, one after another, began to fall exhausted to the ground. In a state of forgetfulness, the Greeks were unconscious until the next morning. Coming to their senses, they got up, but felt weakness, pain in their eyes, suffered from headaches and nausea. Only a few days later, the detachment was able to move on, and thanks to Xenophon’s story, the opinion about the toxicity of honey collected from azalea flowers was preserved for many centuries.

Only in the last century did biochemists and biologists prove that it is impossible to get poisoned with the tart, with a specific taste of rhododendron honey..

But all the symptoms of malaise of the Greeks exactly coincide with the signs of the action on the body of neurotoxins contained in all parts of the bushes, next to which the Hellenic warriors once settled. Today, it is well known that prolonged exposure to many species of rhododendron negatively affects well-being. The yellow rhododendron or azalea pontic growing in the Caucasus and Crimea is no exception.. 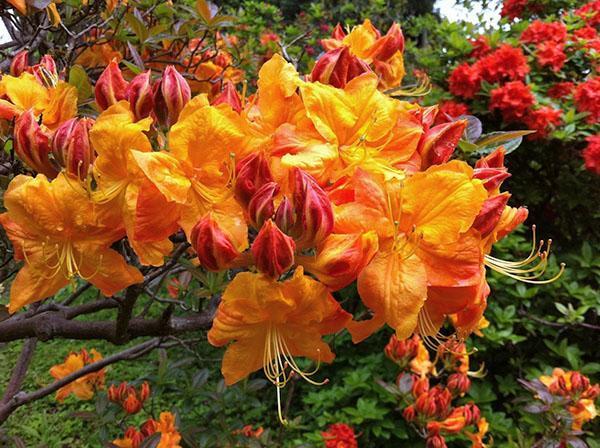 Azalea thickets become especially dangerous in hot weather, when essential oils and toxins are actively evaporated from azalea leaves. In Crimea, tourists are warned that careless handling of fire near the bush threatens with instant flashing of branches around which an invisible cloud of ethers spreads.

But with proper handling, azaleas will not do harm, but only decorate a garden or house. In addition, many wild species are valuable plants used in the cosmetic, pharmaceutical, and leather industries. So, for example, in the roots of azaleas and leaves, in addition to essential oils, tannins are concentrated. Plant raw materials obtained from rhododendrons are used in the production of anti-inflammatory, diaphoretic.