Features of growing a tulip tree at home 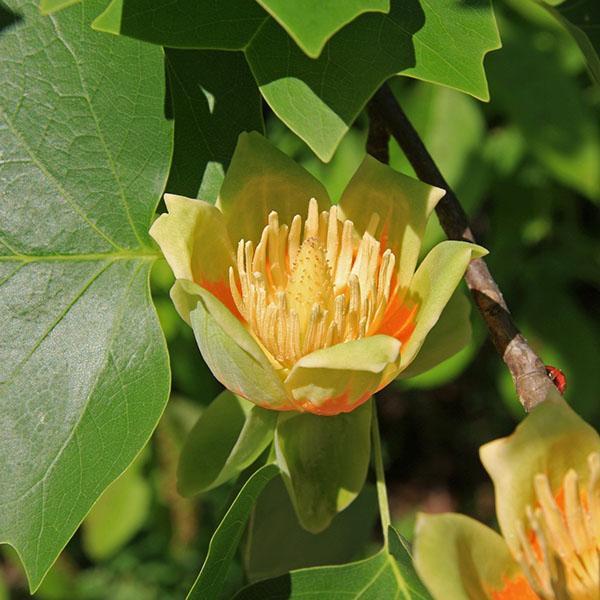 The first settlers who reached the shores of North America could not help but notice tall trees with unusual leaves and flowers, shaped like spring tulips. Not surprisingly, the plant was named the tulip tree or Liriodendron tulipifera..

Today liriodendrons are known not only in their homeland. Tall trees with a lush crown can also be found in South American countries, on the shores of Australia, southern Africa and Europe. Europeans managed to domesticate a heat-loving culture and grow tulip trees even in Norway.

In our country, comfortable conditions for liridendrones have developed in the Black Sea subtropics, where trees adorn the streets and parks of Sochi and nearby resort towns.

Interest in the plant is increasing due to the appearance of varieties with variegated and golden foliage.. 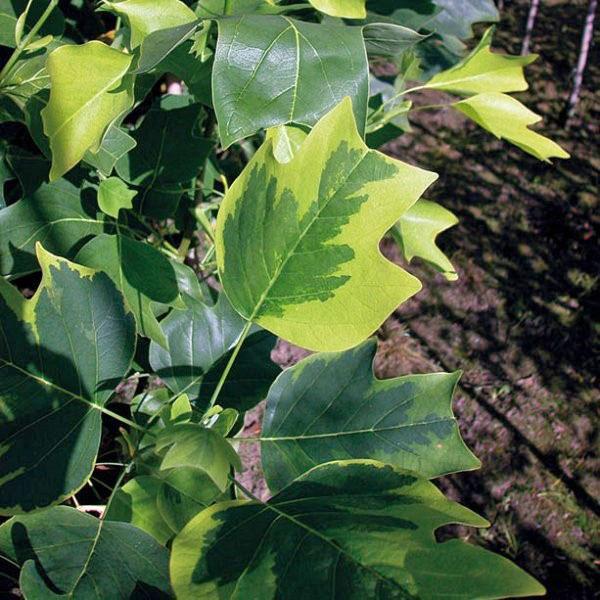 Description of the tulip tree liriodendron

Liriodendron is a large deciduous tree, capable of growing up to 35-50 meters in favorable conditions. The plant has a straight, powerful trunk covered with light gray-green bark. As they mature, the bark of trees from smooth turns into relief, covered with cracks, dividing the surface into diamond-shaped areas. The brown bark on the branches has a noticeable waxy bloom. The wood of the tulip tree shown in the photo has a slight sweetish aroma.. 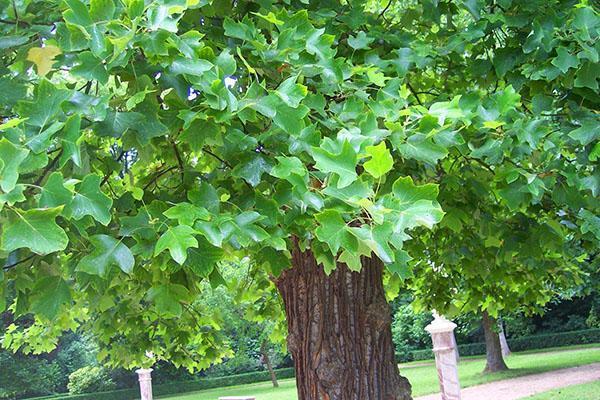 One of the adornments of the liriodendron is wide lyre-shaped leaves on long petioles. The length of the leaf plate can reach 15–20 cm. Moreover, not only the shape, but also the color of the leaves is quite remarkable. From spring to the onset of autumn, they are painted in light green tones, and then yellow, and later brown shades appear in the colors.. 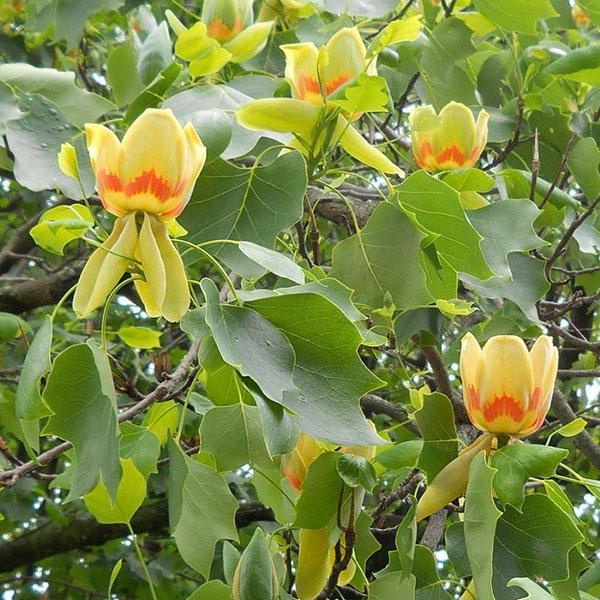 Flowers with a diameter of 6 to 10 cm resemble a tulip, during dissolution, a fresh cucumber aroma is poured around the powerful crown and surprise with an original combination of greenish, yellowish, white and orange colors on the corolla.

At the time of mass flowering, the tulip tree liriodendron, like other plants related to magnolias, attracts many insects that willingly collect the nectar of the plant and pollinate its flowers.

In nature, liriodendron grows in areas with a rich humus, aerated soil, from which the powerful roots of the tree easily receive moisture and nutrition. The abundance of organic matter, regular watering and looseness of the soil are important conditions for the active growth and flowering of the crop. Although the seedlings take root on sandstones and clay, one cannot expect success without additional care, loosening and introducing organic matter. During dry months, especially young specimens of tulip trees are in dire need of watering..

Of course, it is impossible to grow a tulip tree at home. However, strong seedlings from seeds can only be obtained by the seedling method.. 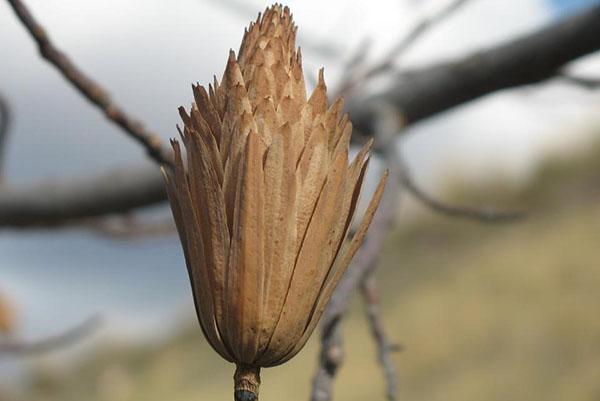 After pollination, loose cones form in place of flowers, which open in late autumn, scattering large seeds. In nature, they, falling to the ground, undergo natural stratification, and the germination process begins only after a year. Similar conditions for tulip tree seeds are created at home..

Since the seeds of liriodendron outside the soil quickly lose their germination, you need to acquire the freshest material for sowing.

Sowing is carried out before winter to a depth of one and a half centimeters. At first, a universal soil mixture based on equal parts is suitable for growing a tulip tree:

When the soil is leveled and slightly compacted, the crops are watered and mulched. In this form, the container is exposed to the cold or placed in the refrigerator. In winter, the container with seeds must be covered with snow; during thaws and in summer, the soil must be watered so that the earth does not turn out to be completely dry. 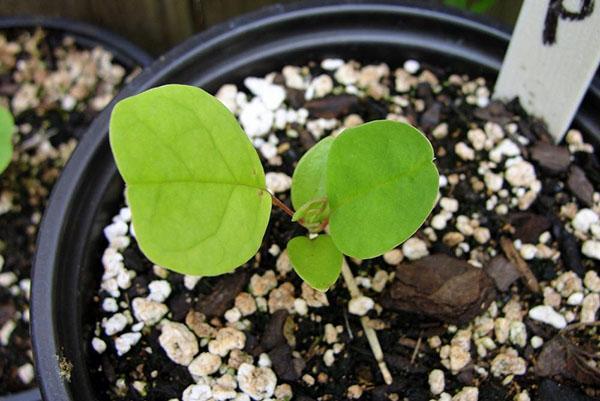 Those wishing to grow a tulip tree will have to be patient. Seedlings appear only one and a half years after incorporation into the ground. But young sprouts don’t disappoint. They quickly gain strength, getting stronger..

If purchased seeds were used for sowing, it is better to harden the seedlings before being taken out into the open ground. A month before transplanting, the plants gradually begin to accustom themselves to the outdoors, every day increasing the time of the “walk”. 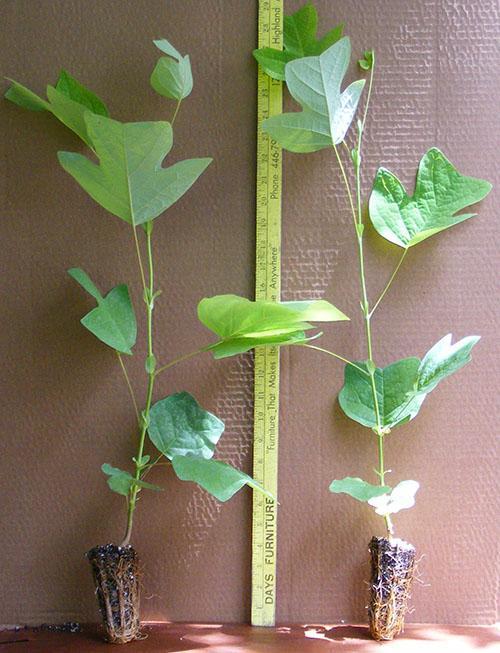 The hardened plants are transferred to open ground, where the seedlings need simple but regular maintenance, including:

The liriodendron tulip tree blooms in May and June. For the first time, the plant forms flower buds at the age of 7-10 years, and then blooms regularly. 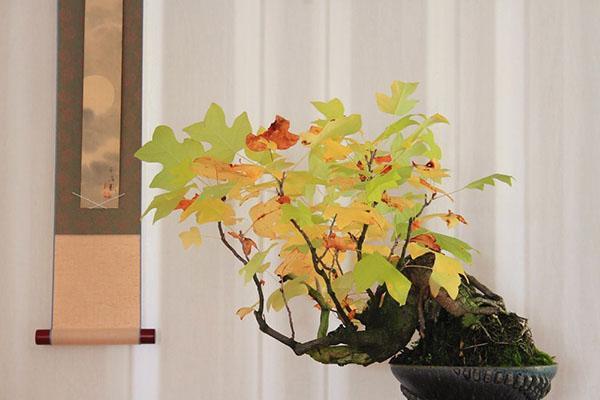 The decorativeness of the tree was appreciated not only by gardeners, but also by bonsai lovers. Miniature compositions based on this species are interesting at any time of the year and, due to the low growth rate, already several years after the start of formation, they can demonstrate the quality of the master’s work.