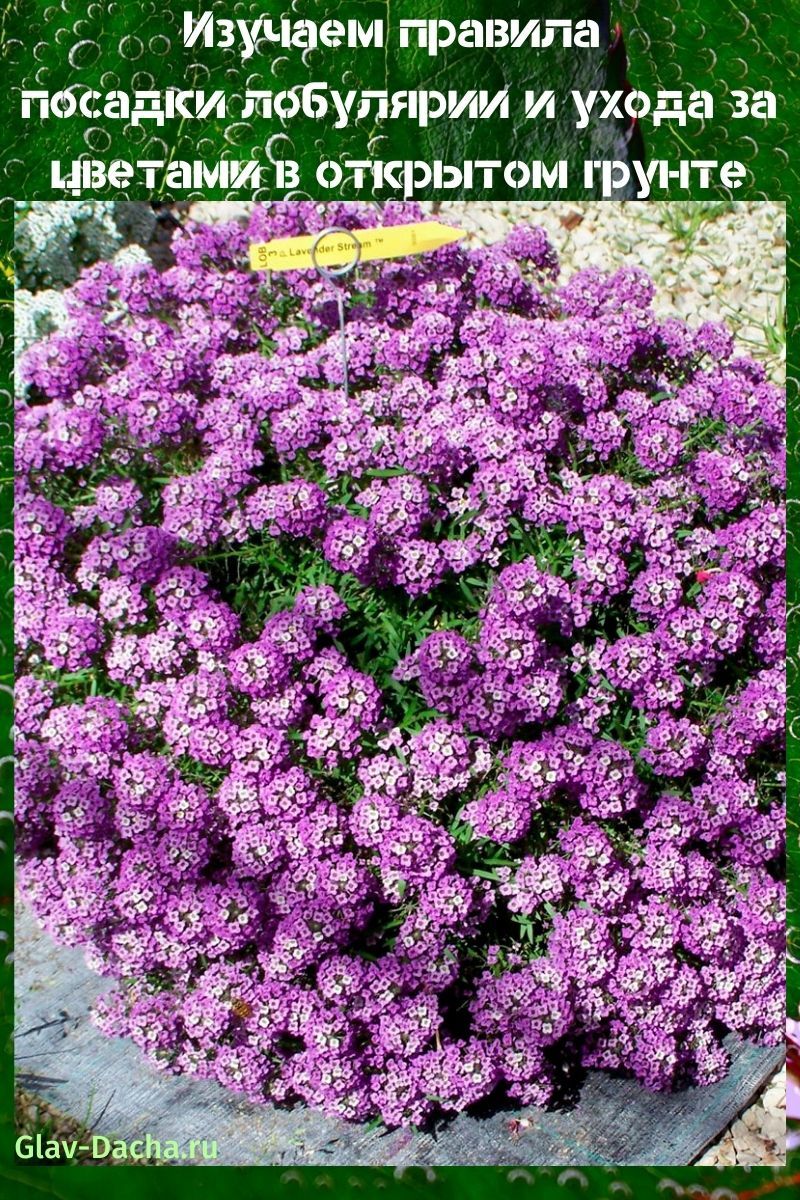 Planting a lobularia and caring for a plant in the open field is an easy task. It is a vibrant, showy annual plant that is grown as a groundcover. It belongs to the Cruciferous family and is common in the Mediterranean. Lobularia Maritima (Lobularia Maritima) is used as an ornamental plant in temperate climates.. 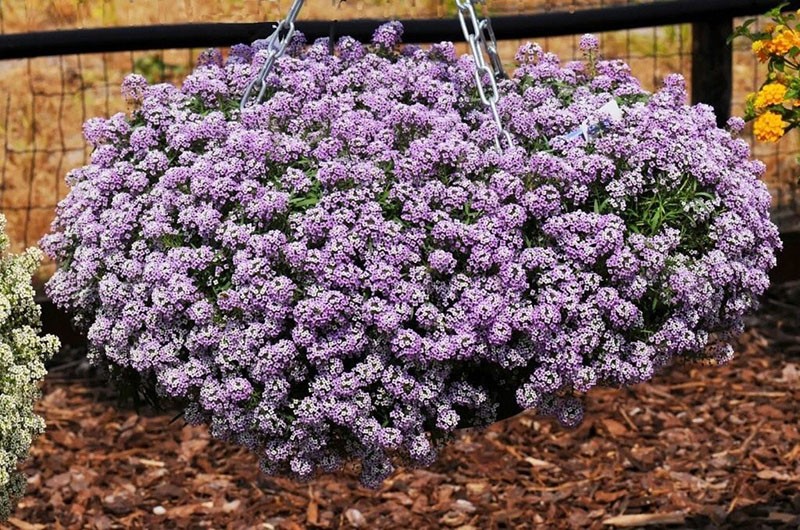 Planting lobularia and care in the open field 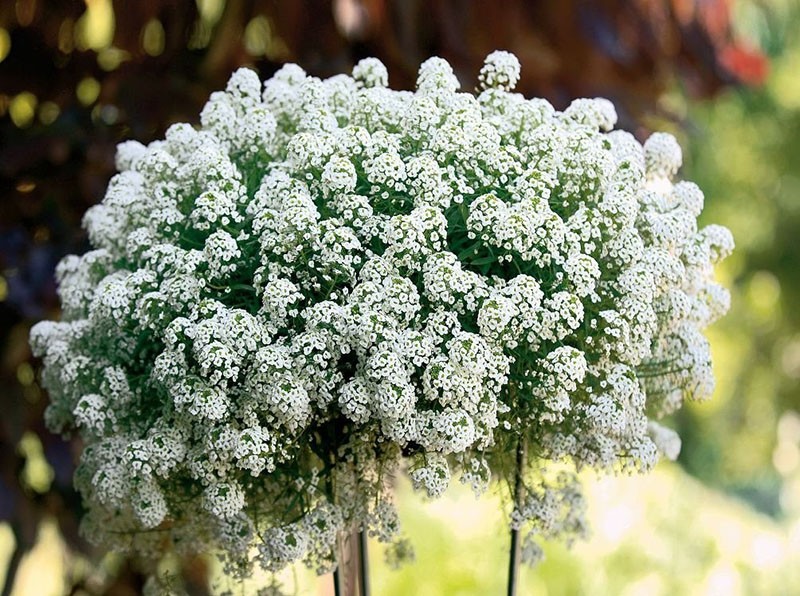 Lobularia is also called a lawn and annual alyssum. It is represented by low bushes, which reach from 6 to 50 cm, depending on the variety. The flowers are contrasting, they can be painted in white, pink, lilac, violet and other shades. Flowering lasts from late spring to mid-autumn. After that, pods filled with seeds are formed. This is the only breeding method for Lobularia, and sowing material can be purchased at a flower shop..

The sea lobularia attracts attention not only with its bright colors. It has a strong scent that attracts butterflies and other insects.. 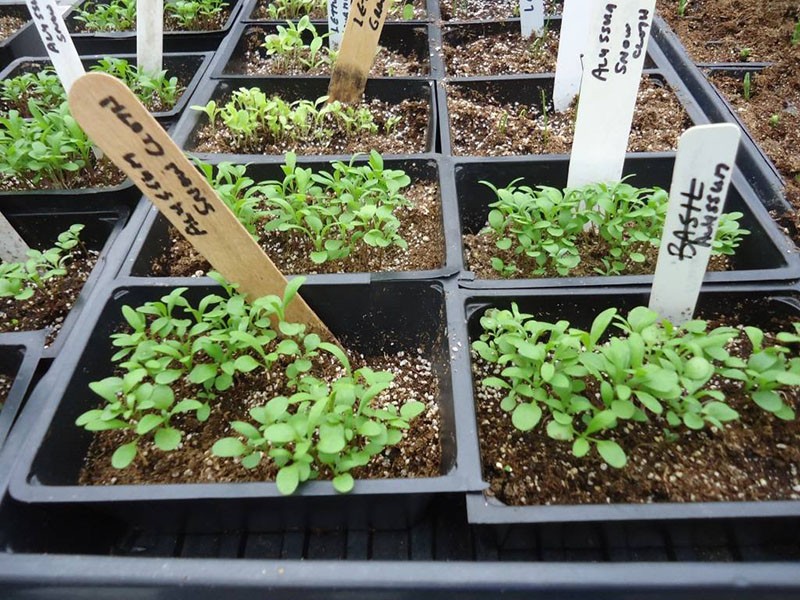 In March, the preparation of seedlings begins, which is then transplanted into open ground. This will require shallow, wide containers and soil. Lobularia is suitable for a universal soil or mixture for flowering plants. It should be loose and moderately moist, with a neutral or alkaline reaction. However, the lawn maker is not too demanding on the composition of the soil.. 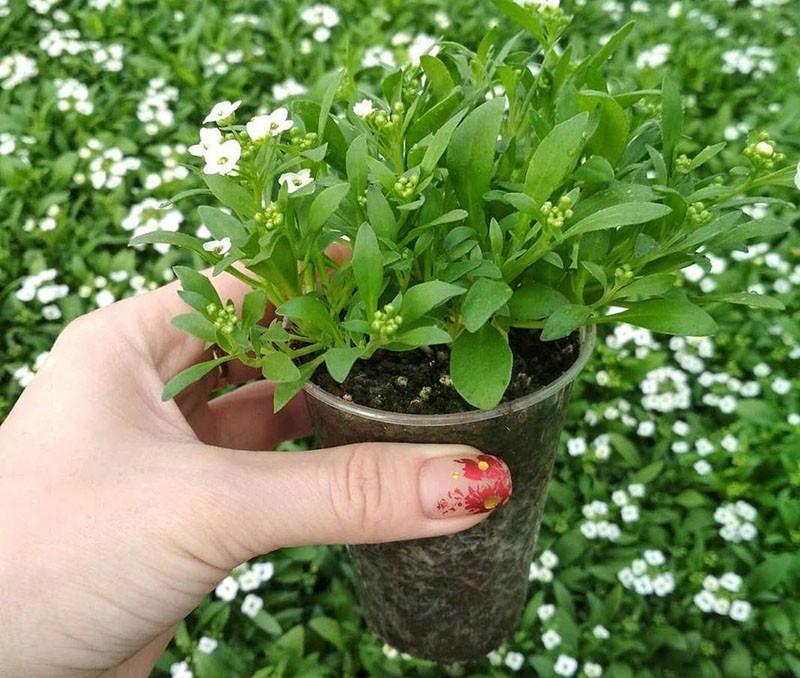 When caring for seedlings, it is important to avoid stagnant moisture..

Watering should be moderate. If the water stagnates, signs of fungal diseases appear on the roots. Also, the plant does not need feeding at the initial stages and reacts negatively to the introduction of organic fertilizers.. 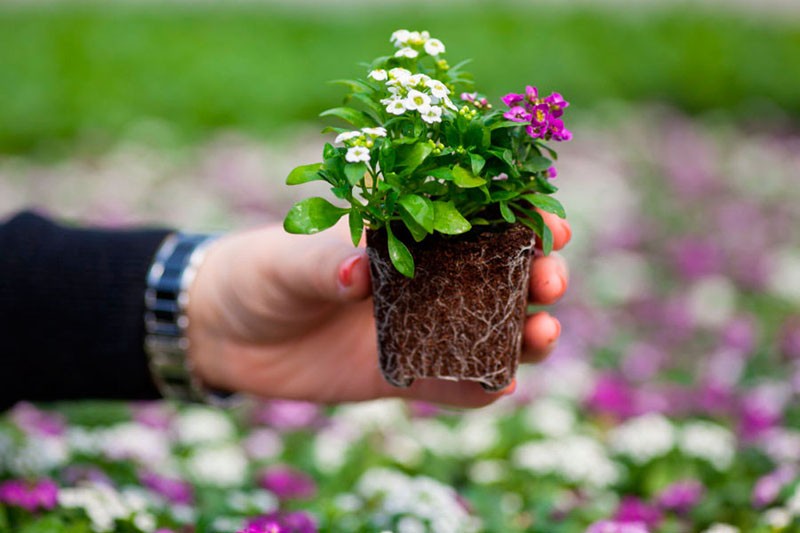 Planting a lobularia in open ground and caring for it is a simple process, but it is important to find a suitable place for the plant. The bushes will take root well in well-lit areas – they can be placed both in the open sun and in partial shade. It is better to choose a place on a hill where water will not accumulate. 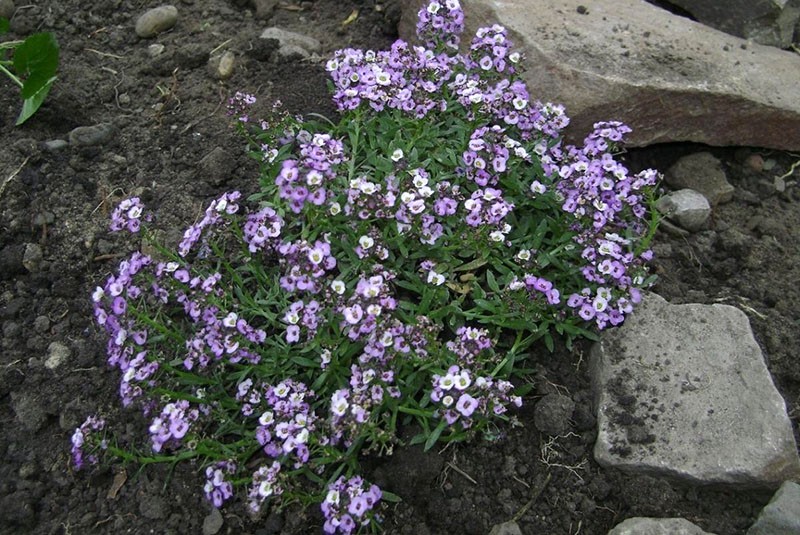 The optimal time to plant lobularia when growing from seeds is the end of May. By this time, the soil warms up sufficiently, including at night. After 40 days, you can expect the first flowers to appear. If the seedlings are not ready by mid-May, you can simply plant the seeds in open ground. Such plants begin to bloom later, but take root no worse.. 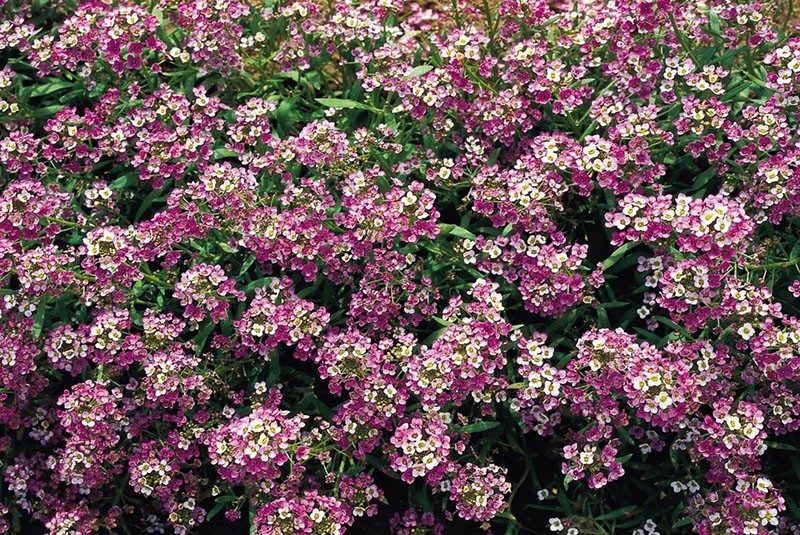 Lobularia is an annual plant, but it reproduces by self-seeding. If you place several bushes in a flower bed and provide good care, the flowers will remain viable for several more years.. 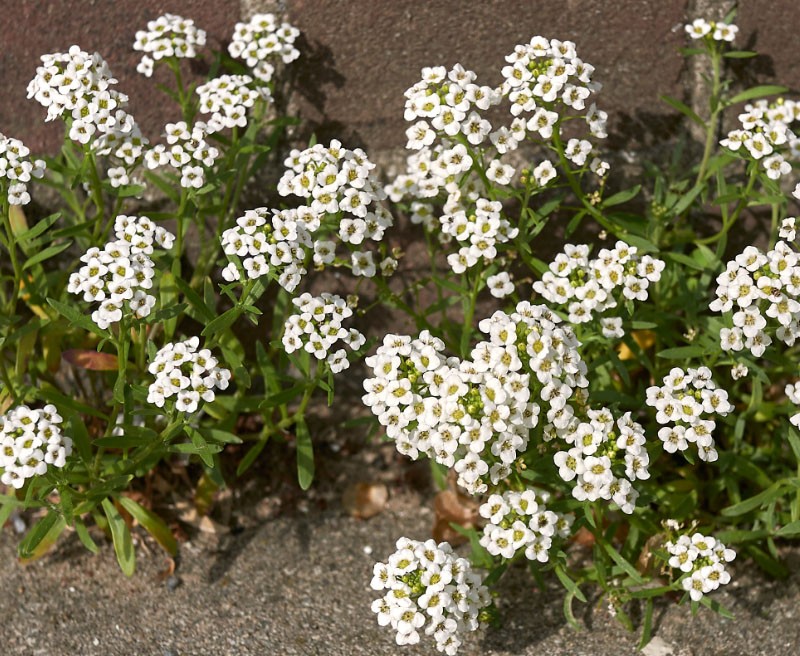 Lobularia is popular not only for home flower beds and lawns, but also for urban landscaping. It is unpretentious to growing conditions, care and weather, it easily takes root and blooms brightly on most types of soils..

It is enough to follow a few rules to please with abundant flowering and a pleasant aroma throughout the warm season: 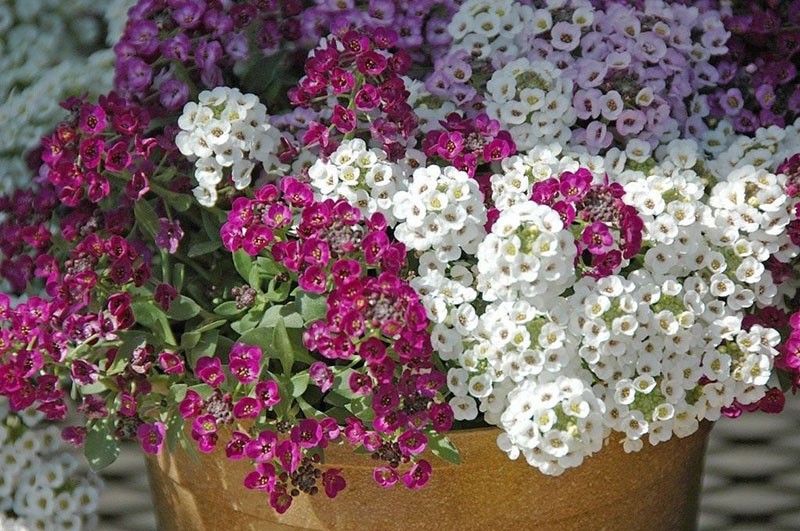 With proper cultivation and care, lobularia in the photo, in flower beds and on the lawn will look bright and impressive. The flowering period lasts all summer and early autumn. It can stop during extreme heat and drought, but then continues again. At this time, you can add complex mineral fertilizing to support the plant.. 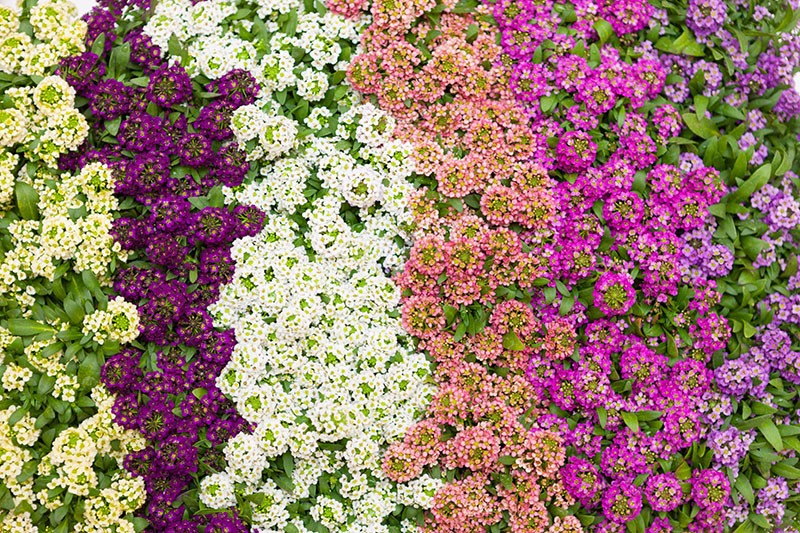 Lobularia is a plant resistant to adverse conditions and various diseases. However, pests can also appear on it and harm the bushes. The first symptoms that you should pay attention to are the cessation of flowering in normal weather, wilting of flowers and leaves, drying and yellowing of bushes, the appearance of spots in various areas.

They can indicate various diseases:

Lobularia does not need preventive treatments against diseases and pests. To increase her immunity, it is enough to follow the rules of care, prevent stagnation of moisture in the soil and plant the bushes at a sufficient distance from each other. 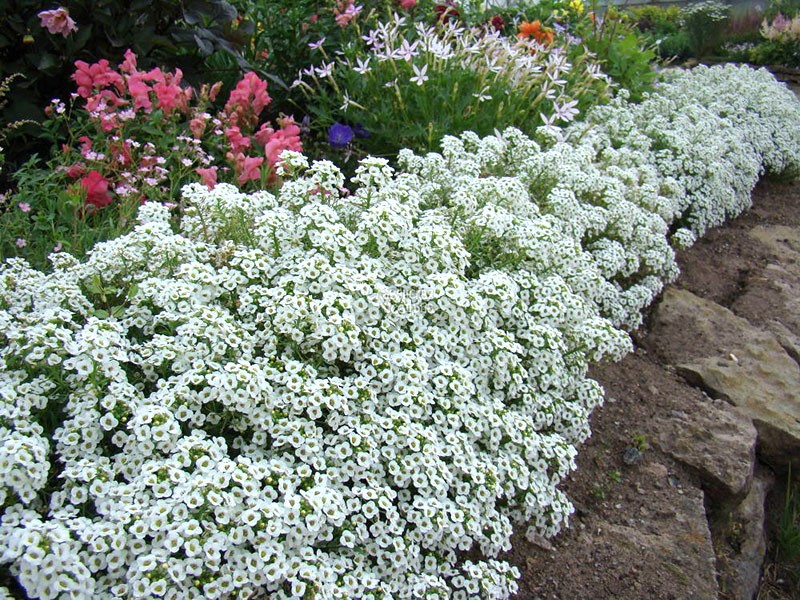 Lobularia marine is the only species that is cultivated for decorative purposes. It combines several varieties with flowers of different shades..

The most popular ones: 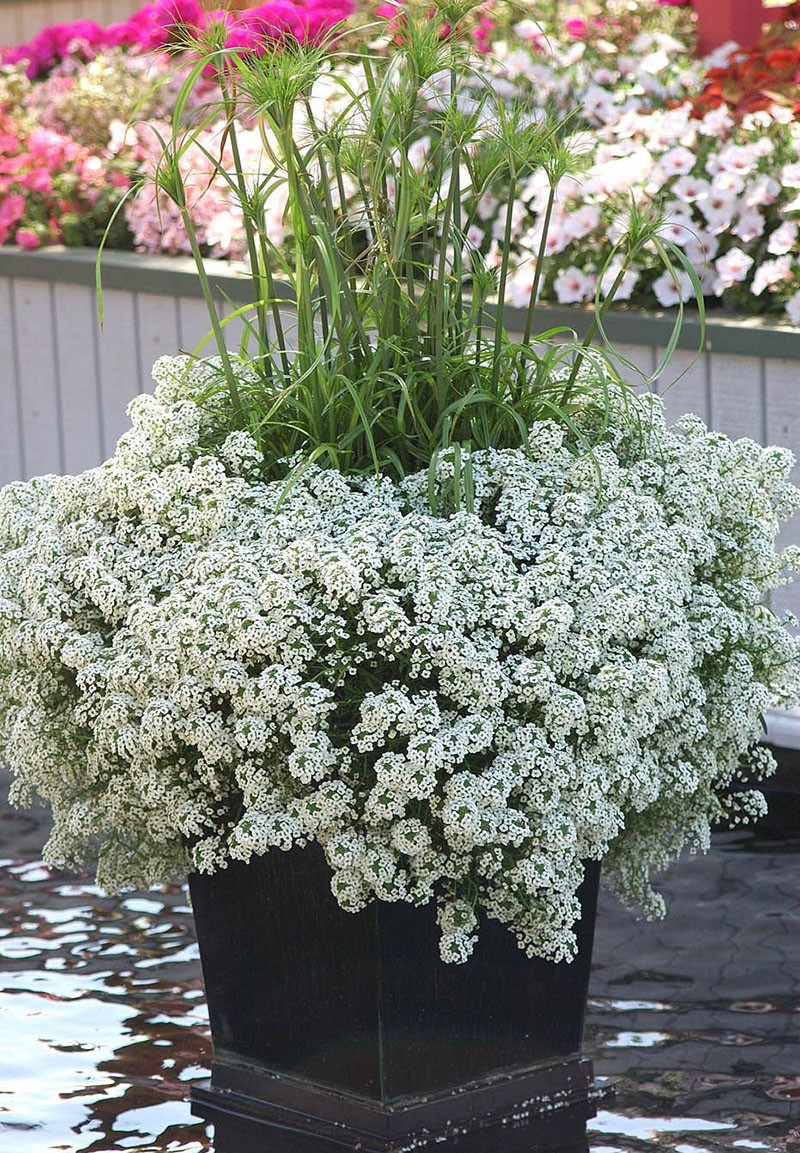 Even a beginner can handle planting a lobularia in open ground and caring for it. It is a hardy, unpretentious plant with a bright, long-lasting flowering and sweet aroma. It will look spectacular on its own, as well as be combined with other plants in flower beds and flower beds. Lobularia is appreciated for its ease of growing and spectacular appearance throughout the warm season..