What do we know about flax as a culture

Tell us what flax looks like? Once, walking with a child in the park, we came across a rather tall bush with blue flowers. A woman passing by said that it was flax blossoms. Ever since school, I remember that the plant has blue-blue flowers, but I was embarrassed by the fact that it was at the end of summer, and I always thought that flax was already fading by this time. 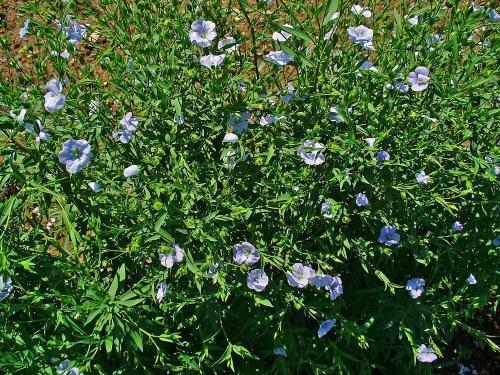 The warm climate and fertile land of our homeland create favorable conditions for the cultivation of not only cereals, but also many other crops on an industrial scale. So, in central Russia, you can often find whole fields that look like a giant blue cloud from afar. This is flax blossoms – one of the ancient plants that is known for its oil-bearing and spring qualities. It is from flax stalks that a special fiber is obtained for the manufacture of natural fabric, and the seeds are raw materials for obtaining flour and oil.. 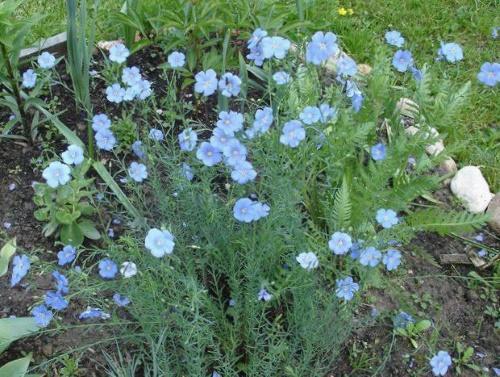 This annual plant grows in a rather large, but rare bush. The average height is 60 cm, but there are also taller species “growing” up to 1.5 m. The central stem itself is straight and thin. The bulk of the numerous small lanceolate leaves is located in its lower part, while the shoot forms lateral branches at the top. The leaves are colored light green and covered with a barely noticeable waxy coating.

The fresh aerial part of the plant is poisonous and cannot be used for internal use..

The root system of flax is pivotal, the central root is thin, but not too long, painted white. In the upper part, the lateral ramifications are slightly larger, at the bottom, the stem is overgrown with many small root-threads. 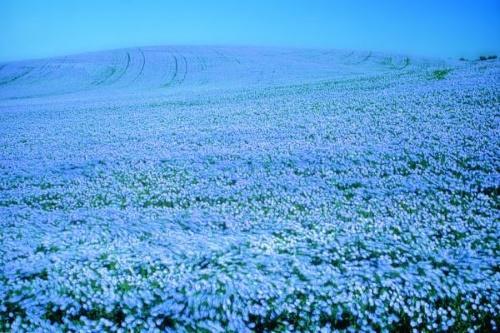 At the beginning of summer, unprepossessing-looking bushes are transformed when delicate flowers bloom on long peduncles. They are not too large, from 1.5 to 2.4 cm in diameter, collected in thyroid racemes, consist of five wide petals with rounded edges.

The color of flax inflorescences depends on the specific variety. Species with blue and blue flowers are most often grown, but there is also flax, which blooms with white, pink and red-purple inflorescences.. 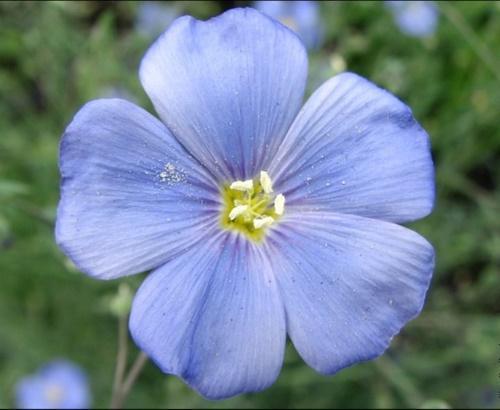 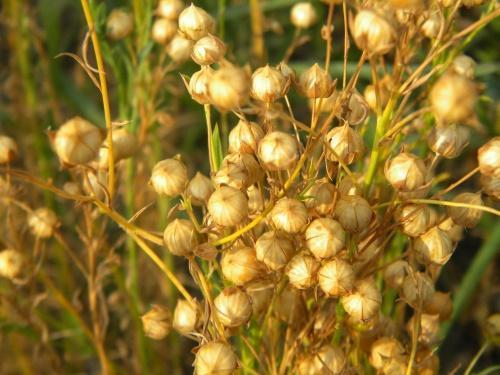 At the beginning of autumn, in place of the buds, fruits begin to ripen – small, up to 8 mm long, capsules in the form of a ball with false partitions, inside which small seeds are formed. Seeds are usually no more than 10 pieces, and they themselves are flat and shiny, with a sharp top, brownish in color. 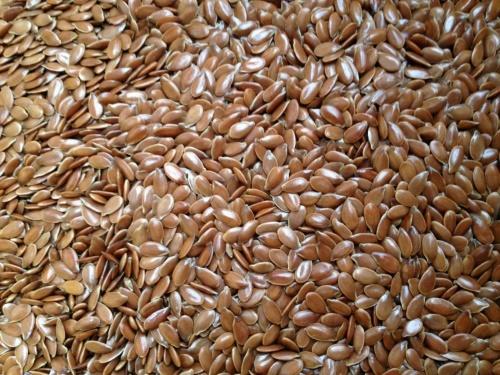 Flax seeds are very useful, they contain fatty oil, proteins, mucus and many other valuable substances, thanks to which the seeds are used both in cooking and in folk medicine..

Video on how to grow flax on your site