In the fall, I accidentally got a few cuttings of Colchis boxwood. I rooted them and now my plants are doing quite well, they have started up young branches with new leaves. I haven’t had such a plant before, so I would like to know what the bush will be like when it “matures”. Please tell us about the Colchis boxwood. Will it be tall or stocky and where is it better to plant bushes? 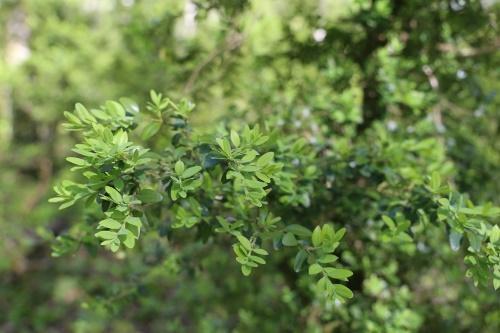 Colchis boxwood is one of the few cultures that we inherited from ancient times. Despite the climate change, the plant not only survived many centuries later, but also retained its original appearance. In the wild, boxwood grows mainly on the Black Sea coast, but in other places it is also found quite often due to its unpretentiousness and high vitality. Shaded forest lawns and mountain gorges – even there, this shrub feels comfortable. 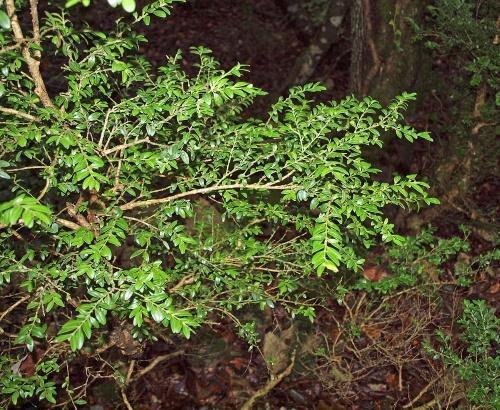 Colchis boxwood looks very similar to the evergreen species of this plant. It grows either as a tall bush up to 2 m in height, or even resembles a tree. Some specimens can stretch up to 20 m, while the trunk girth reaches 30 cm. Too much, as for a bush, isn’t it? This species has the smallest leaves among its relatives, the length of an oval leaf plate of light green color is a maximum of 3 cm, but this does not interfere with the formation of a dense, dense crown through which even the sun’s rays cannot break through.

Colchis boxwood is the slowest long-liver, its age is calculated in hundreds of years, and the oldest bushes can celebrate the 600th anniversary, but at the same time they add very little in growth over the year. 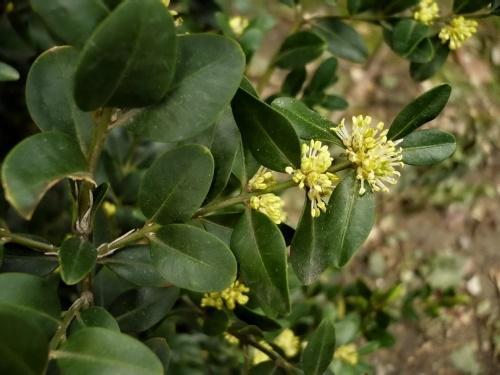 At the end of spring, small yellowish flowers bloom in the leaf axils. Numerous clusters of inflorescences emit a delicate sweetish aroma, and in the fall, boxes with black seeds ripen in their place. The bush can multiply by self-sowing, and fallen ripe seeds fly up to three meters from the parent boxwood.

Previously, various wooden dishes, souvenirs and other implements were made from the wood of the Colchis boxwood, since it is very dense, has a beautiful color and lends itself well to processing. Due to the massive felling of plantations in some countries (in particular, in Russia), the culture is listed in the Red Book. 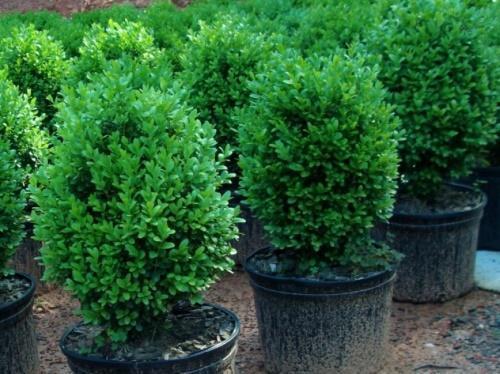 Lovers of evergreen plants grow boxwood most often as a pot culture, carrying it out in the garden in the summer. In southern regions with warm winters, it is possible to plant shrubs in open ground in partial shade, but it should be borne in mind that the minimum permissible temperature values ​​for it are 10 degrees below zero. At lower temperatures, the bushes freeze slightly.

Shrub care is minimal and consists of the following:

Video about the nuances of growing boxwood