Recently I was with a friend, and she treated me to unusual fruits – Moorish ziziphus. They looked like a plum, but they tasted like a pear, I had never seen anything like it before. Tell us what kind of plant it is? 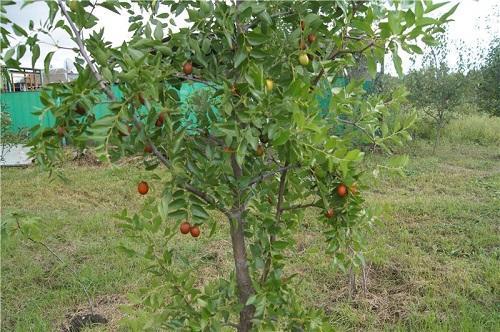 Ziziphus Moorish belongs to the Krushinov family. This exotic plant came to us from distant eastern countries and India and is not yet very common. However, those gardeners who risked planting ziziphus in their garden have already become convinced of its high yield, which, by the way, comes already in the year of grafting of the seedling. The fruits of ziziphus are very useful, and folk remedies for various diseases are prepared from its leaves and bark..

The Moorish ziziphus has many names, among them – jojoba, Chinese date, unabi. 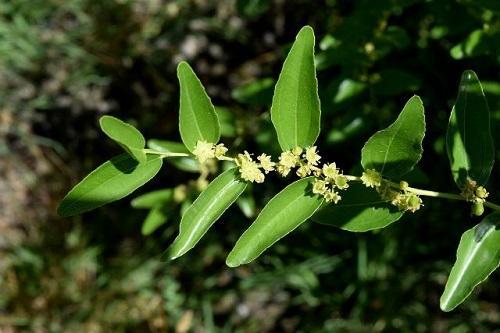 Zizyphus Moorish is a rather tall shrub, capable of reaching a height of 10-15 m. Provided there is sufficient moisture, it is cultivated as an evergreen plant, but in a dry period it can shed its leaves.

Ziziphus has a spreading crown with slightly curved branches covered with a light downy. Small (up to 6 cm in length) dark green leaves have an oval shape and short petioles, sometimes slightly wavy leaf edges. The upper part of the leaf plate is glossy, and the back is also pubescent, like the shoots.

A pair of sharp thorns is located in the axil of the leaves, which causes some inconvenience in the implementation of care, but now practically thornless hybrids have been bred.

During the flowering period, in the middle of summer, umbellate inflorescences are formed on very short peduncles (no more than 3 mm). The number of flowers in one bunch can be up to 20 pieces. Each has 5 petals and is colored white with a slight green-yellow tint. 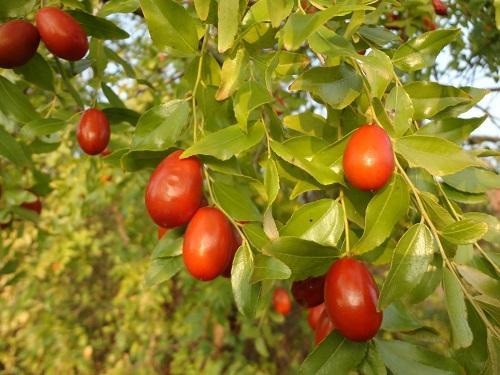 In nature, ziziphus bears fruit from September to October with tasty small drupes no more than 2.5 cm long, in cultivated varieties the fruits are twice as large. They have a strong glossy green skin that turns brownish as it matures. The juicy sweet pulp is at first firm, at the end it becomes soft and tastes like a pear. Inside the fetus there is a bone up to 1.5 cm long with a pair of nucleoli.

The cultivation of Moorish ziziphus has a number of features:

In order for ziziphus to bear fruit, it is necessary to plant at least two seedlings of different varieties..

How to grow Moorish ziziphus in the garden – video