Where does the prince’s berry grow and what is it

Once, while visiting relatives, they discovered a novelty for themselves. We were treated to small, but very fragrant and sweet berries. At first I thought it was just a small raspberry, and was very surprised when I found out that it was a princess. Leaving home, we took a couple of bushes with us. And although they all got accustomed, they soon disappeared. Tell us what it is and where does the prince’s berry grow? Probably, the plant did not like our southern climate, because we brought it from the northern region. I would like to know more about the princess, and are there any chances to grow her in our places. 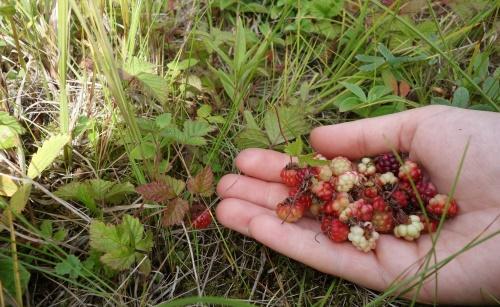 Do you think that raspberries grow only in our warm regions? But nature was conceived so that residents of northern latitudes could enjoy this berry. True, it looks different there, and it is called differently. The princess or arctic raspberry is one of the most delicious delicacies, almost unknown to the inhabitants of warm regions. However, the breeders did not stand aside and did not forget about this frost-resistant berry. Today you can already find on sale hybrid varieties that are adapted for cultivation in the warmer part of the country. What does the prince’s berry look like and where does it grow?? 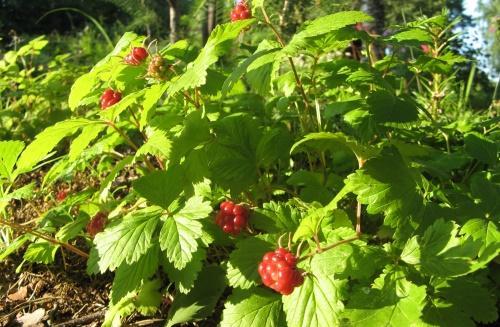 The appearance of the princess combines several cultures at once. Its carved light green leaves with triple plates look like crimson, and in the fall they acquire a beautiful crimson blush. But the growth of the prince did not catch up with the raspberries: the maximum height of the bushes is 50 cm.Creeping thin roots go far into the soil, creeping in different directions and releasing root shoots like raspberries.

Princess berries with sweet pulp, but with an unusual taste of pineapple or caramel, also have a raspberry flavor. But in their size and shape, they are more like cloudberries, but only red.. 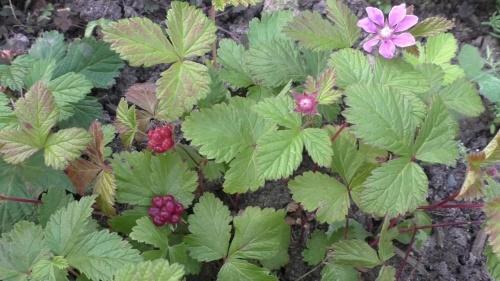 The princess has a very beautiful flowering. Large dark pink inflorescences begin to bloom in early summer. Bushes bloom for more than a month, while tying berries at the same time. While some ripen, others only appear in the form of buds. Therefore, the princess is characterized by a prolonged harvest, from August to the end of September..

Due to its northern character, in a cool climate, the maturation of the princess is more uniform. At high temperatures, the berries can dry out before they ripen..

Where does the prince’s berry grow? 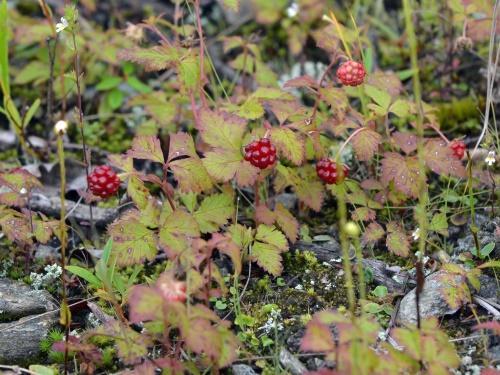 In its natural, wild form, this princess grows in the Northern Hemisphere. These are cool tundra, wet swamps and forests. In other words, this crop prefers a cool climate, light or partial shade, but a sufficient amount of moisture in the soil. But the hybrid varieties obtained by crossing the princess with raspberries are able to grow and bear fruit in warmer latitudes. At the same time, they retain the frost resistance of the princess, but many reach the size of berries, like those of raspberries..

Having decided to start a princess on your site, make sure that the conditions meet her requirements, namely:

In conclusion, I would like to add: choose hybrid varieties of the princess. They are more adapted to growing in “non-native” conditions for the plant..

What is a princess and how to grow it – video