Kosmeya Sensation – description and photos of the best varieties

Back in the fall, I bought the seeds of a cosme called Sensation. I am a very lazy flower grower, so I prefer those plants for which the care is minimal, and this flower was advised to me in the store as the most unpretentious. Please give a description of the Sensation cosme with a photo of buds, I want to know what to expect from her. 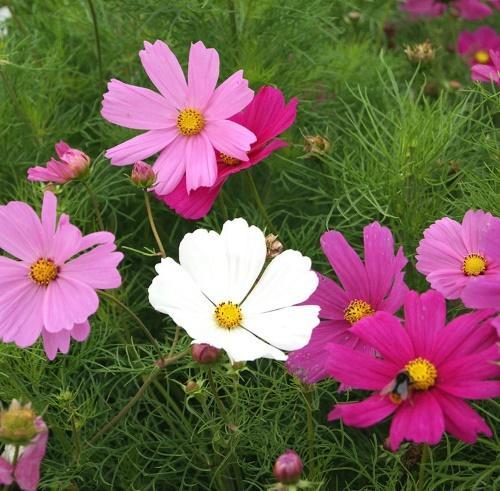 Among garden plants, one of the first positions in terms of simplicity in growing is occupied by cosmea from the Aster family. Charming delicate bushes are able to survive both hot and cool summers, do not impose special requirements for watering, sprout well when planted in open ground and decorate the flower bed with their simple but charming inflorescences. Today there are a lot of flower varieties, among them there are both annual flowers and perennials, but if you want to see flowering as early as possible, plant an early flowering cosmea Sensation on your site, a photo of which is presented in this article.

Kosmeya prefers bright places protected from drafts. You can plant directly in open ground in April, but growing through seedlings will help bring flowering closer for a couple of months. 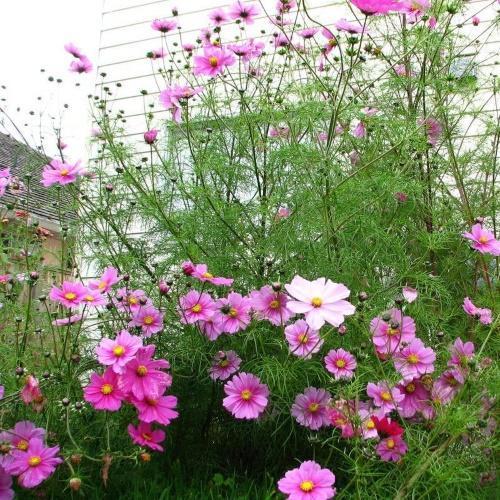 Kosmeya Sensation refers to a rather tall annual species of flower – the total height of the bush can reach 1.2 m. Its shoots are erect, but branch very well, due to which the plant has a beautiful decorative appearance without looking at a decent size. Like other types of cosmos, the branches of the Sensation are covered with lush openwork foliage..

All summer, and in some cases even until autumn, the bush is literally strewn with large baskets, the wide petals of which converge to the bright yellow core of the inflorescence. The color of the flowers is most often monochromatic and very rich, with a predominance of white-pink-red shades. But through the efforts of breeders, such types of Sensations have also been bred, in which the two-color color is manifested either by a border along the edge of the petals, or by longitudinal stripes. Read about coreopsis in our next article.!

Color palette of the variety

Among the varietal variety of cosme, some of the most charming species can be considered: