Adorable Weigela Carnival in Your Garden

I love weigela very much and have long dreamed of buying a tricolor variety of this colorful shrub. Please tell us more about Weigel Carnival. Does she have any special requirements for growing and how the plant tolerates the winter (it can be quite cold here)? 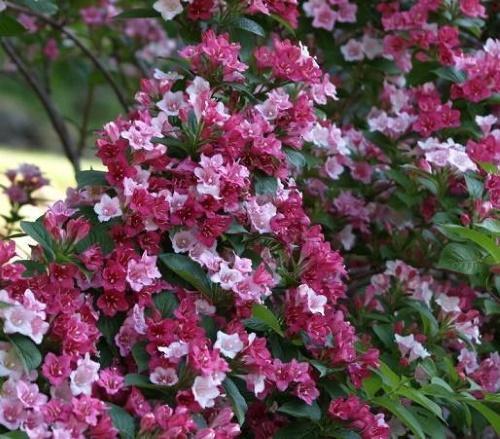 Among the flowering shrubs, the weigela is perhaps the most beautiful. When bunches of charming inflorescences bloom against the background of bright green foliage, the bush becomes the main decoration of the garden. White, yellow and even red flowers immediately attract the attention of not only butterflies and bees, but also the enviable gaze of neighbors in the area. There are about 15 varieties of this deciduous shrub from the honeysuckle family, one of the most common hybrids is Weigela Carnival with the original coloring of the buds.

It is noteworthy that weigela can bloom twice during the season (in late autumn and late summer), however, the second bloom is distinguished by smaller buds. 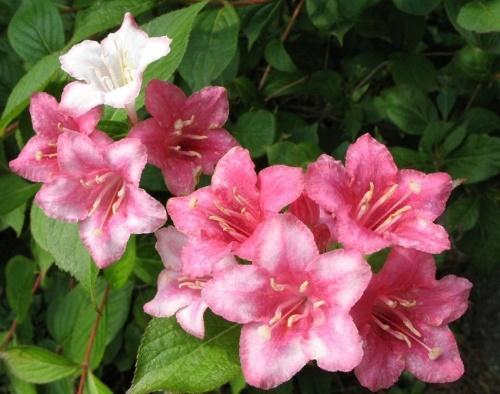 Weigela Carnival is a representative of the blooming weigela, one of the very first species of shrub introduced to Europe from distant eastern countries. All flowering weigels (as species crops) are characterized by:

Weigela blooming – the most frost-resistant representative among its relatives, freezes only when grown in northern regions with harsh winters.

A feature of the Carnival variety is that the inflorescences on the bush are painted in different colors: white, pink and red. 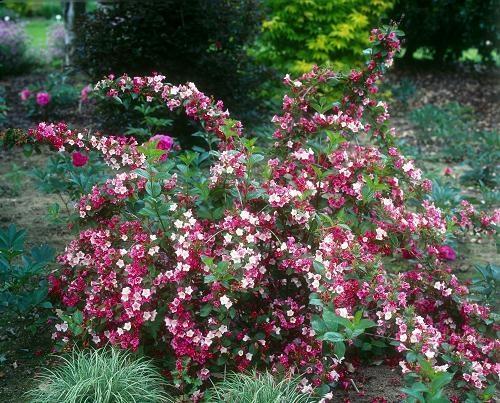 Blooming weigela Carnival prefers well-lit places – it is there that it reveals itself in all its glory. In shady places, the shrub grows more slowly and blooms poorly. Particular attention should be paid to good protection from the wind, which tears off leaves and unopened buds..

Areas where water stagnates are not suitable for weigela – this negatively affects flowering and the state of the root system.

The shrub loves fertile soil, so it will be very grateful for fertilization with humus and a mineral complex. After a winter with little snow and in the absence of spring precipitation, it needs abundant watering. Once every two years after the end of flowering, the weigela is trimmed, giving shape, and every year in the spring, the frozen branches are cut off. The Carnival hibernates in general without losses, but in the northern regions, and also if there is little snow, it needs additional shelter.