Possible reasons for the lack of flowering in yoshta

I planted a yoshta in a summer cottage. For several years now the bush has been developing well, many new branches have appeared, but it has not yet been possible to taste the berries – it has never bloomed yet. Tell me why yoshta does not bloom? She grows in my partial shade, maybe her place is not suitable? 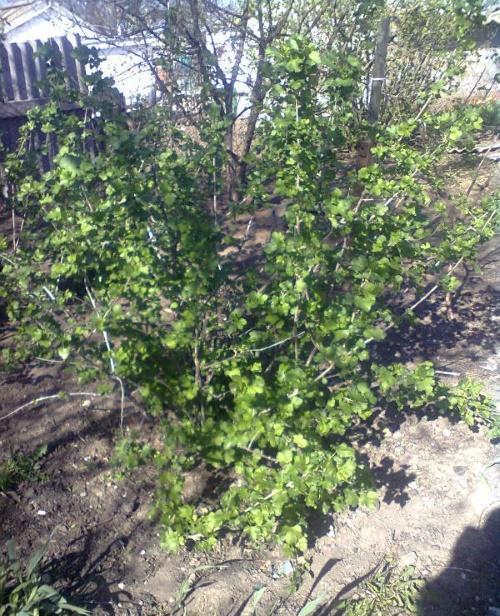 Yoshta is a hybrid crop, and her parents are gooseberries and currants. The plant is a powerful shrub with an average height of about 1.5 m with a spreading, up to 2 m, crown. The leaves of the plant resemble both their parents in shape, but they are even larger than currant, darker than them and do not have its aroma. Unlike gooseberries, yoshta has no thorns, which greatly facilitates the task of harvesting. The bush bears fruit with large black berries, shimmering in purple and collected in small clusters of up to 5-7 pieces in each, in the taste of which sourness prevails.

The culture is also distinguished by increased resistance to diseases that gooseberries and currants are susceptible to, as well as high winter hardiness.

Yoshta also looks very beautiful as an ornamental shrub, especially if you consider that the leaves stay on the branches until late autumn. But most often it is grown for the sake of berries. However, here gardeners sometimes face such a problem that an outwardly healthy-looking bush develops, but does not bear fruit. There may be several reasons why yoshta does not bloom, and they are all related to the agricultural technology of its cultivation, namely:

Where is better to plant? 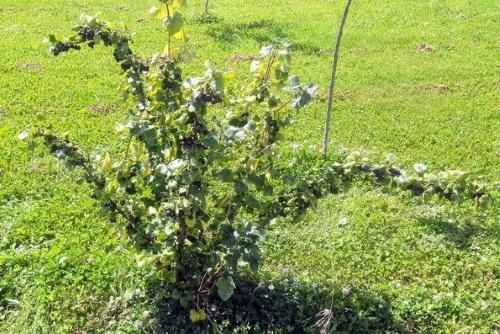 Yoshta is one of the most unpretentious shrubs that can survive in almost any conditions. Even shady or low-lying terrain will not be a problem for her, but only if the purpose of planting is purely decorative..

In order for yoshta to bear color and abundantly fruit, it must be planted in a sunny place in fertile soil. Good nutrition and lighting will provide the plant with the necessary conditions for good fruiting..

Yoshta is very responsive to feeding, and they should be done at the planting stage, adding to the pit:

In the future, the shrub must be fertilized annually in the spring with organic matter, superphosphate (30 g of the drug for each square meter of the circle), and in the fall add potassium sulfate (20 g each). 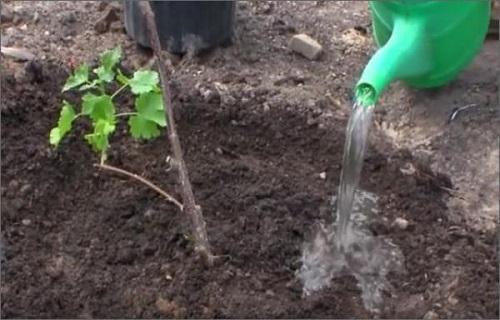 A bush that lacks moisture will not only not bloom, but will also begin to slow down its development. To avoid this, it is necessary to regularly and abundantly water the yoshta, preventing the soil from completely drying out. First, grooves are pulled out around the crown, stepping back from the trunk at least 30 cm. m. area will need up to 30 liters of water for one watering, otherwise moisture may not reach the roots, which are at a depth of 40 cm.

To prevent rapid evaporation of moisture, the bushes should be mulched with humus or rotted compost..

Water the plant in the same way as other garden crops – early in the morning or in the evening, so that the water has time to be absorbed.