Tell me when to plant Rocambol garlic? A friend gave me several teeth after I saw her huge heads. First I asked for a sample, I liked the taste – not as bright and sharp as that of garlic. I decided to get myself a plant. As I understand it, they plant it like regular garlic. Is it possible to do this before winter? 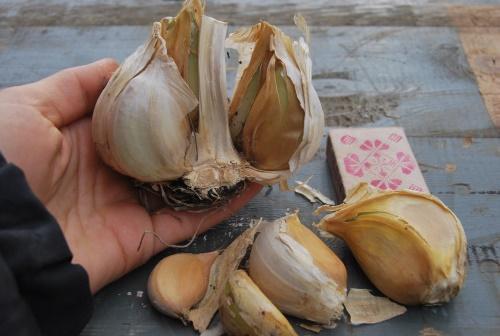 Fans of spicy cultures have long appreciated Rocambol with its giant heads and mild garlic flavor. Knowing how and when to plant the Rocamboll beetle, you can provide them not only for your family, but also for all your neighbors. High productivity due to its large size and unpretentious care make this crop the most popular among gardeners. Growing it is no more difficult than regular garlic or onion, but there are still some nuances.. 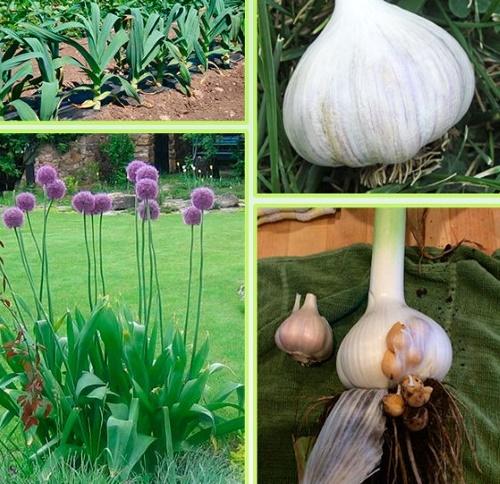 Externally, the aerial part of this perennial plant from the onion family is very similar to leeks. A thick high stem “hugs” up to 9 wide large leaves, the length of which can reach 120 cm and a width of about 6 cm. Light green in color, they are covered with a waxy bloom and barely visible thin stripes. There is a slight fold in the center of the sheet plate, and it ends with a sharp tip. The stem height can reach 80 cm.

In the scientific literature, the culture is known as the hairstyle. Among the people, it has many names, including: elephant, Egyptian or Lebanese onion, carom, Egyptian wild garlic, snake or horse garlic.

Closer to the middle of summer, Rocambolle releases a flower arrow with beautiful large inflorescences-balls, consisting of small purple bells. Its length can reach 1.5 m, and in appearance it is similar to the flowering of ordinary garlic. However, almost all varieties of onion are limited to this and do not give seeds. But such a decorative flowering allows you to use the plant not only in garden beds, but also in a flower bed..

Being a perennial, in the first year of cultivation, elephant onions form a single-toothed head, resembling an onion. Its weight is about 50 g. In general, this is already a full-fledged crop, ready to eat, but it is better not to dig out the bulb. Then in the second year it will double in size, giving a single-toothed head. In some cases, most often in warm southern climates, several cloves may even form in the second year..

But Rocambol will be able to show all its “power” in the third year of cultivation. At the beginning of autumn, large heads ripen, like those of garlic, with 4-8 large cloves. The total weight of such a head is on average 300 g. There are also varieties with a root crop weighing up to 0.5 kg. The culture reproduces by cloves or children, which are formed in the lower part of the head, at the bottom.

When to plant Rocambolle garlic 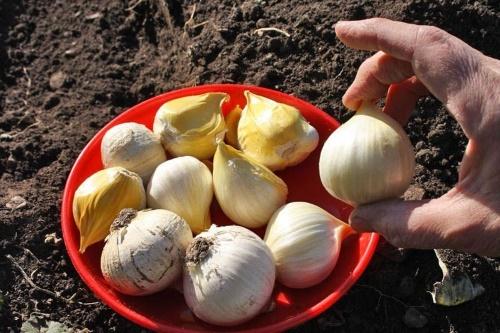 Agrotechnology of growing crops is similar to garlic. There are two ways to plant Egyptian onions:

Autumn planting is practiced mainly in the southern strip. In the central and northern regions, the garlic is planted in the spring..

Features of the autumn planting of Rockumbol – video