You need to know the danger by sight – what a wolf’s bast looks like, a photo of a plant

Tell me what a wolf’s bast looks like, can you see a photo of berries? For the last couple of years, my husband has had severe pains from rheumatism; he cannot sleep right at night. Recently I met an old friend of mine, she advised me to make rubbing from wolf bast. She says that it helped her a lot, she even managed to reduce her seizures. But I have never met this plant, or rather, maybe I saw it, but I just don’t know what it is.. 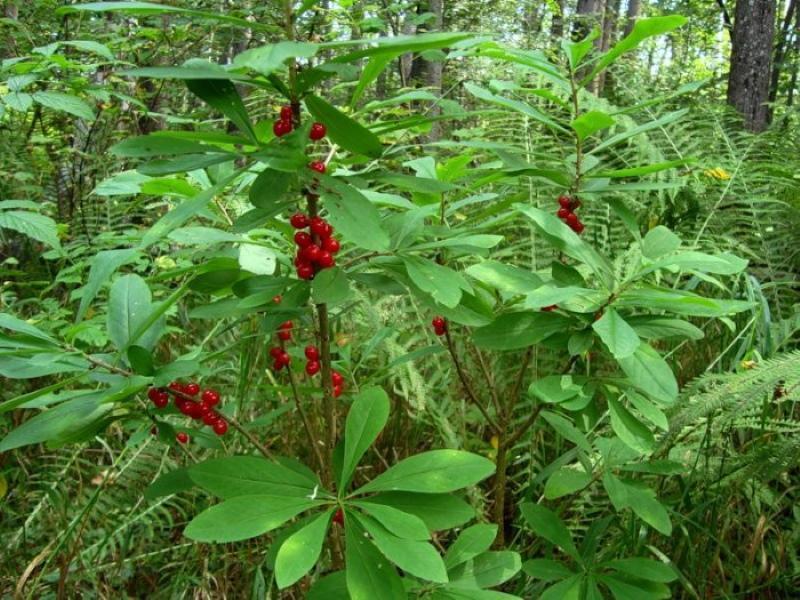 How often does it happen that nature plays with us and under a beautiful appearance there is danger and even death. For example, in order to protect yourself from poisoning, you definitely need to know what a wolf’s bast looks like, a photo of not only its flowers, but also berries. It can be misleading even at the flowering stage, because in its beauty the plant is equated to blooming sakura and can collect twigs for a bouquet. And its red berries are only appetizing in appearance, but in fact they are poisonous, however, like the rest of the parts. How to recognize a dangerous culture among the harmless?

What does a wolf’s bast look like, a photo of a plant 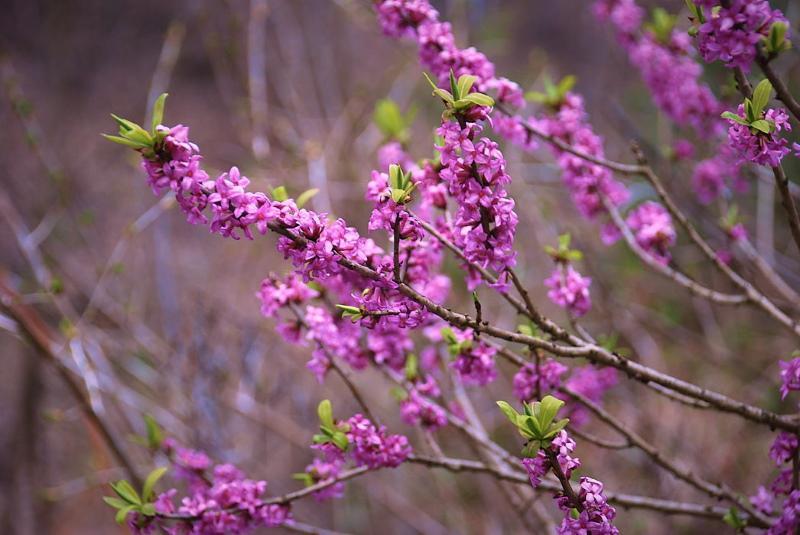 You can meet wolfberry, as the plant is also called, almost everywhere, but especially in cool regions. There it grows in deciduous forests or undergrowth, preferring slightly shaded areas. The shrub is usually 1.5 to 2.5 m in height, has a well-developed root system that overwinters easily in any conditions. Numerous shoots are covered with gray rough bark, and the leaves are located mainly on their upper part. Leaf plates are ovoid, but narrower, green on top and with a gray tint on the back.

The wolf’s bast blooms in early spring, even before the mass appearance of foliage. The bare twigs are literally covered with beautiful fragrant flowers of four petals. Most often they are saturated, but delicate pink, but sometimes darker, purples are also found..

The wolfberry belongs to the wolf family, and it received its “animal” name for being deadly poisonous. All parts of the plant contain poison, but especially the berries – red drupes in the form of barrels. Only 3-5 berries are enough to eat to get fatal.

Where is wolfberry used 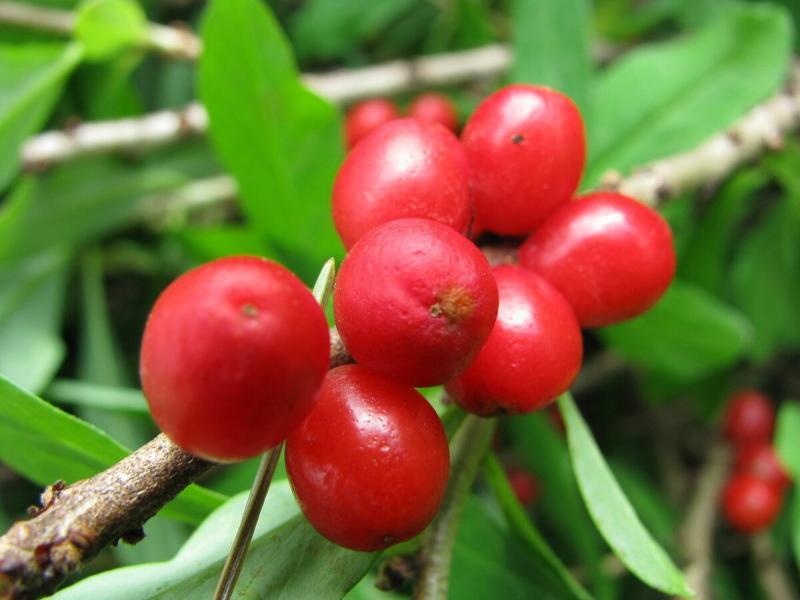 Despite its danger, wolf bast is sometimes even grown on purpose. And in some countries, for example, in Moldova, culture has long been under the protection of the Red Book. And all because it is widely used in folk medicine, although it has not yet received official recognition. Due to the irritating property of the plant, tinctures, decoctions, infusions and even ointments are made from it..

Provided the correct and moderate use of funds based on wolf bast, they have a healing effect, namely:

Baskets and bast bark were used to wick baskets and other products. Today, some species of wolfberry are even specially grown as ornamental crops. The variegated wolf bast looks gorgeous in the garden, and another variety will delight with purple flowers at the end of autumn.