Tell me how to uproot a tree stump? In our garden at the dacha, an apricot was growing, good, large, both the tree itself and the fruits. But as time passed, he grew old and gradually began to dry out. We tried to save, did a rejuvenating pruning, but no result. The tree “did not want” to recover and the cut branches dried up without giving new shoots. I had to cut down everything that was possible, but a fairly large stump remained. I tried to dig it – it doesn’t work, it sits too deeply. Is it possible to somehow get rid of it without involving a technique? There is no way to enter the garden. 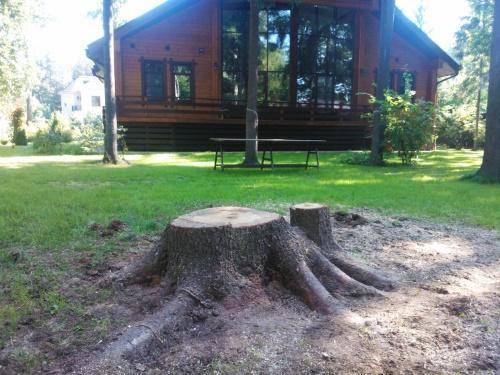 Perhaps there is no such area where there is a garden or at least a few trees. Apple or pear, cherry or walnut – these crops delight us with the harvest for many years. But even the longest-lived perennial comes to a time when it stops growing. Disease or simply “old age” leads to drying out of the tree. If it is not difficult to cope with dry branches by cutting, then this option will not work with a stump. The roots located deep in the ground will hold it firmly for a long time, taking up space on the site. Don’t want to wait? Then it will not be superfluous to learn how to uproot a tree stump. Indeed, often its dimensions make manual work overwhelming. Of course, you can use the technique and pull out the stump with an excavator or bulldozer. However, this method is not suitable for everyone. And it will not be cheap, and you need to be able to drive the car into the yard or garden.

Do not despair – there are several simple and equally effective options. They do not require any special equipment or particularly hard work, and some may even bring a nice bonus.

So, to get rid of the stump on the site will help: 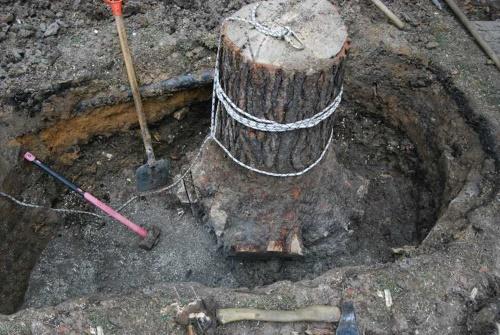 High stumps can be pulled out with a winch, but you have to put in a little physical effort. First you need to dig in the stump and chop off the exposed roots. Then fasten the winch and pull out.

How to uproot a tree stump using chemicals 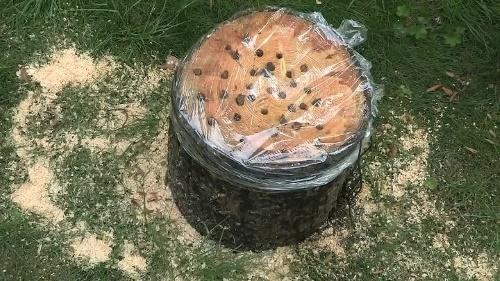 This method is highly effective, but it will take a little time. The process of destruction of wood lasts an average of a year, and without your further participation. To remove the stump, you can use your choice:

The stump should be cut as low as possible and deep holes made in it every 1 cm. In late autumn, pour urea or saltpeter into them, pour over with water and cover tightly with foil. During the winter, chemistry will corrode the wood and turn it into dust. It remains only in the spring to remove the film, pour gasoline into the holes and set fire.

On peat soils, it is impossible to burn the remains of a stump, so as not to cause a fire.

Salt and mushrooms against the stump 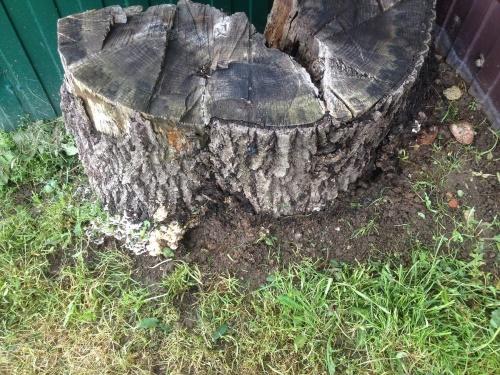 In the same way, only by using salt instead of chemistry, you can also get rid of the remains of trees. Salt should be sprinkled abundantly on the stump immediately after the cut, and after each rain, the layer should be renewed. This process is longer, but in a couple of years the wood will be impregnated and rotted..

Salt should not be used to destroy hemp in the garden or in the garden, as it penetrates the soil. But on the site planned for building – this is not a problem. 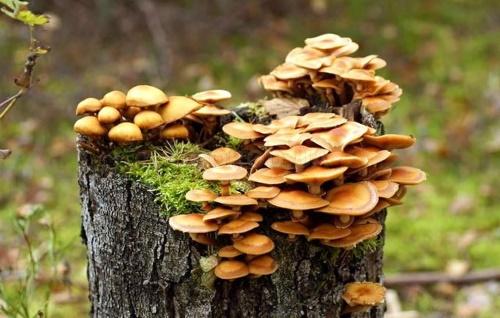 Even an old tree stump can be not only troublesome, but also beneficial if turned into a mycelium. As you know, saprophytic mushrooms such as oyster mushrooms or honey agarics get their food from the trees on which they grow, and gradually destroy them. Having bought mycelium and populated it into the holes made, there will be a harvest of mushrooms in the second year. And after 5 years, only harmless dust will remain from the hemp.