What to do with a potted chrysanthemum when it fades?

In the spring I bought a beautiful spherical chrysanthemum in a pot, now it has faded. Tell me what to do to make the bush bloom again?

Recently, the method of growing chrysanthemums in pots at home has become more and more popular. The plant attracts attention not only for its variety of bush shape and color of flowers, but also for the fact that it emits special substances that purify the air. In this regard, I want to extend the life of the plant so that it pleases with its bitter aroma and gorgeous look for more than one season. 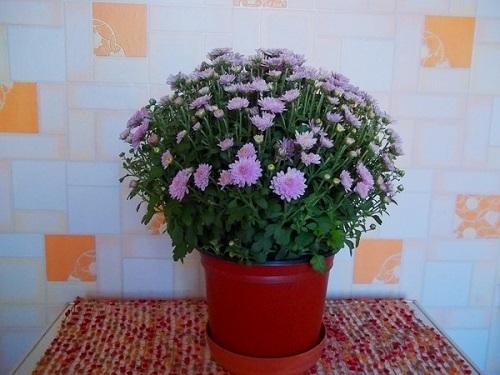 Summer is in the garden

Summer residents and owners of private houses are more fortunate in this matter. As you know, near each house there is a garden or a flower bed – they will serve as a kind of hospital for the chrysanthemum. After the chrysanthemum in the pot has faded, it just needs to be planted outside under the open sky..

Over the summer, the bush will be renewed in the air and in the open field, and in the fall it is again transplanted into a pot and placed on the windowsill, where it will bloom again. 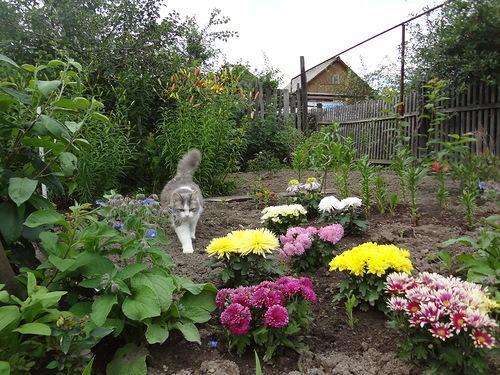 If there is no way to plant a chrysanthemum on the street, it is provided with a dormant period for the winter. After the plant drops the last flower, its old branches are cut off, leaving only young shoots no more than 10 cm high.

Then the pot with chrysanthemum is taken out for wintering in a cool and unlit room with an approximate temperature of about 3 degrees Celsius. A cellar in a private house or a glazed balcony in an apartment can serve as such a place..

A dormant period is necessary for a flower so that it does not let all its strength into growth, but accumulates them for re-flowering.

During this time, the chrysanthemum is not fertilized, but watered only after the top layer of the soil has dried.

The plant will begin to revive in April. When young shoots appear, transplant the chrysanthemum into a new soil with weak acidity. But the shoots left for the winter, if desired, can be separated and rooted as a separate bush. During the growth period, they are fertilized once a week.. 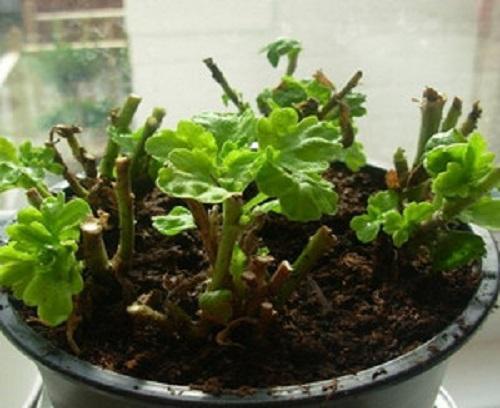 For the summer, put the pot with chrysanthemum in a well-ventilated room or on an open balcony.

The ideal temperature for the normal development of chrysanthemums is no more than 18 degrees Celsius. If the flowerpot is kept in a room with a higher temperature, this can lead to the following:

Since chrysanthemum belongs to moisture-loving flowers, it is necessary to water it in a timely manner, preventing the soil from completely drying out. But at the same time, make sure that the plant does not rot from stagnant water.

For abundant flowering, place the chrysanthemum pot in a sunny place, but avoid direct sunlight. Optimal daylight hours for chrysanthemums – no more than 8 hours.

Video about the proper care of a chrysanthemum in a pot