Chinese Astilba will delight you with unpretentiousness and gorgeous flowering

Tell me what is Chinese astilba? In the spring, a neighbor gave me a few divings, and all of them successfully took root in the country. Most have even begun to bloom with beautiful lush salmon-pink inflorescences. I just care about how they will survive the winter. We are at the dacha mainly in the summer, but in the winter we rarely come. Maybe in the fall you need to cover the bushes so that they do not freeze? 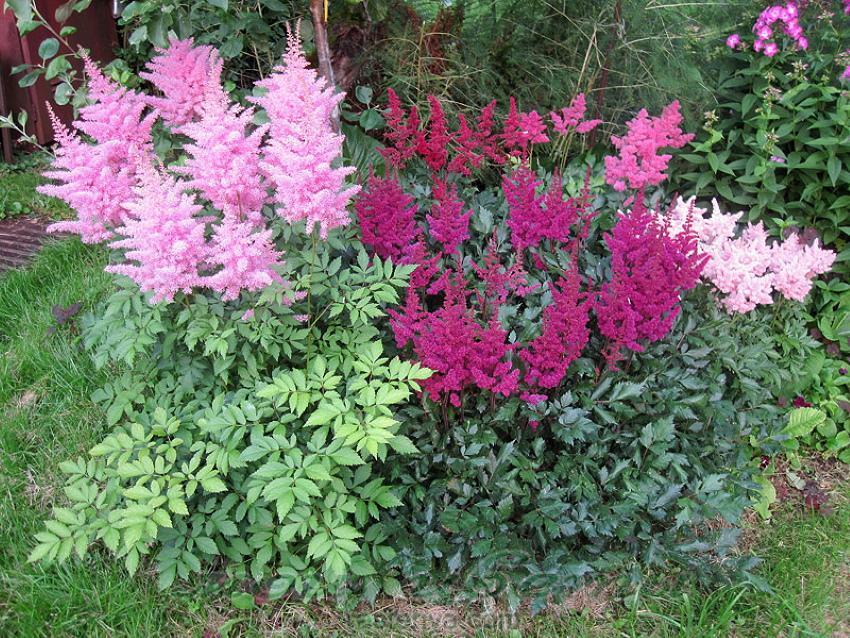 Lush rosettes with openwork leaves and fluffy bright panicles will decorate the site for more than one year. Chinese Astilba is one of the most unpretentious species of this perennial plant. It can be planted both in a sunny area and in partial shade. Moreover, this in no way affects the abundance of flowering. Resistance to drought and disease, a variety of varieties and colors and ease of maintenance – this is what will delight Astilba. 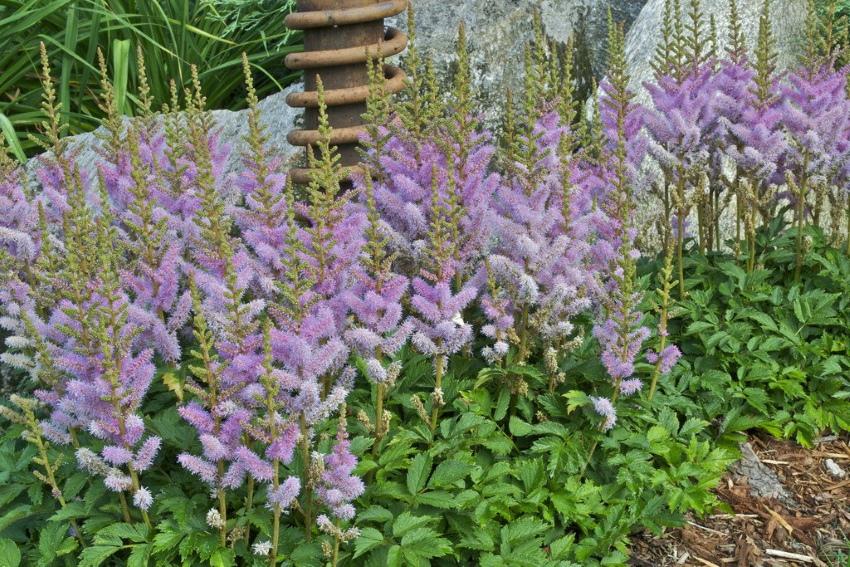 A herbaceous perennial from the saxifrage family grows in the form of a dense and spreading bush. Its erect, smooth stems are covered with decorative openwork foliage. The leaf plates, dissected into lobes, have an oval shape and a serrated edge. Closer to the roots, they are larger and are attached on thick petioles. The color of the leaves is a beautiful dark green color, but there are varieties with original reddish leaves..

The flower has a powerful root system, while the upper part lignifies with age, and the lower part dies off. But in return, the root is renewed, and each season it grows a couple of centimeters above the soil..

The bush blooms in summer, releasing long, up to 60 cm, panicles. The flowers themselves are very small, but there are a lot of them, so the panicle is thick. The color depends on the specific variety and can be very different, from white and pink to purple.

The height of the plant itself also depends on the variety.. There are compact species no higher than 50 cm or large beauties with branches higher than 1.5 m, for example:

Having planted several species with different flowering periods, you can admire astilba all summer. Early varieties will delight with panicles in June. Following them, in July, mid-flowering astilbe bloom. And late varieties will end the season with August flowering..

How to care for a perennial 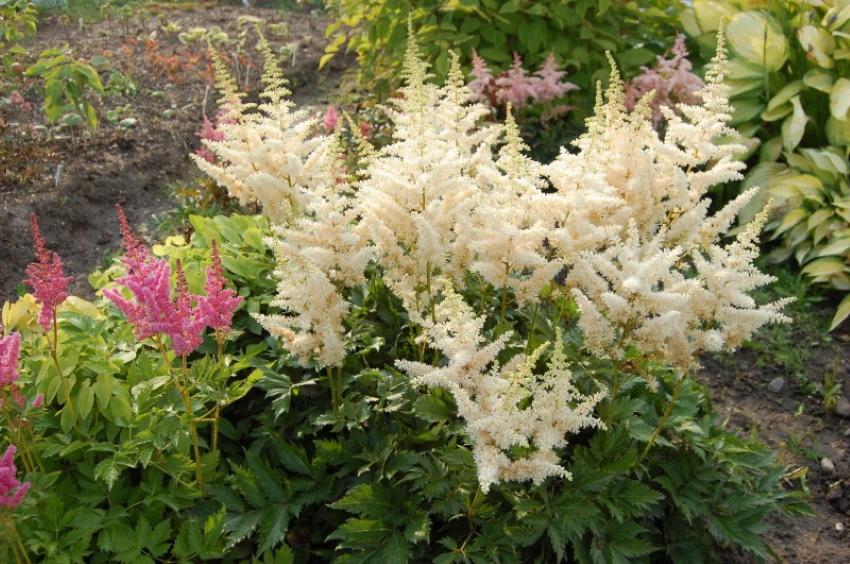 Chinese astilba are not demanding either on lighting or on the composition of the soil. However, in practice, it has been noticed that she feels best in an openwork shade on loams near water bodies. When planting bushes, it should be borne in mind that this is a rather tall and lush plant. The distance in group plantings should be 50 cm.However, after 6 years the bushes will still grow, and they will need to be planted.

Perennial care is simple and consists of regular watering and seasonal feeding. In adult plants, soil should be added to the growing roots. One of the main advantages of astilba is its high frost resistance. She hibernates without problems, while nothing special needs to be done. It is enough just to cut off the aerial part in the fall (it will die off anyway) and mulch the bush.

Growing astilba Chinese and not only – video