Preparing Kampsis for winter: when and how to cover it

In the fall, I planted Kampsis in my dacha, which I had dreamed of for a long time, and now I worry about how it will overwinter. The bush is young, and we are constantly at the dacha only in the summer. I really don’t want him to be frozen out. Tell me if it is necessary to shelter Kampsis for the winter or he can survive it without shelter? 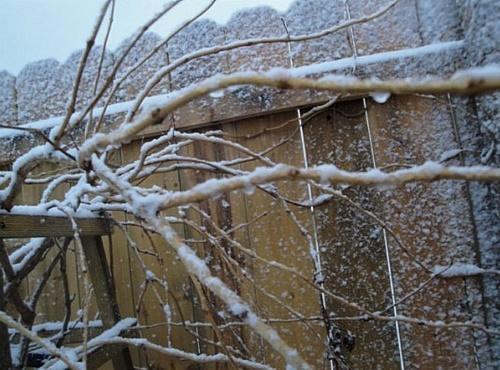 The tree liana is very popular and is often grown by flower growers. Campsis is also called tekoma or tube flowers due to the original large inflorescences. They look like elongated bells and come in different colors, but the most popular varieties with orange buds. With the onset of summer, the long shoots are literally strewn with whole clusters of such bells and represent a spectacle of indescribable beauty, which can be admired until the beginning of autumn. The bush is no less beautiful the rest of the time, because behind the dense green foliage, similar to palm twigs, the shoots themselves are practically invisible.

Campsis is an ideal solution for decorating gazebos, because its flexible branches adhere well to the support and grow quickly, wrapping around it. Over time, the shoots lignify, firmly fixing the bush, and you can not worry about the reliability of such a design.

In general, Kampsis is very tenacious, and practically does not require attention to itself. The only condition to which you should pay attention is its wintering. When growing vines in the southern regions, it overwinters without loss in the open field in its natural state. However, in the northern strip, Kampsis needs to be sheltered for the winter.

Both adults and young plants tolerate winter well without shelter, provided that the air temperature does not drop below 20 degrees below zero. At lower rates, shelter is a prerequisite for the safety of the plant, while both the roots and shoots need to be “insulated”.

Preparation of the bush for wintering begins in the fall, cutting off all young shoots on it and leaving only the main branches and skeletal trunk.

How to shelter a young Kampsis? 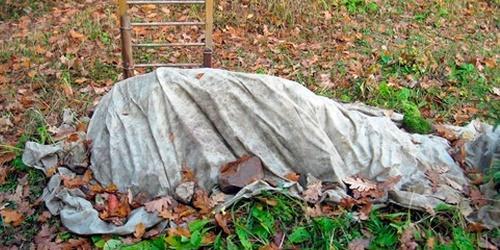 If the bush is young and the branches are not yet lignified, they are removed from the support (trellis) and laid on the ground. If necessary, shoots are pressed to the ground with metal brackets so that they do not rise. If possible, branches are sprinkled on top with spruce branches or hay, in extreme cases sawdust or fallen leaves are suitable. At the end, the “vegetable blanket” is covered with a film, sprinkling it around the edges with earth. With the arrival of spring, the branches are returned to the trellis again..

How to cover an adult bush on a support? 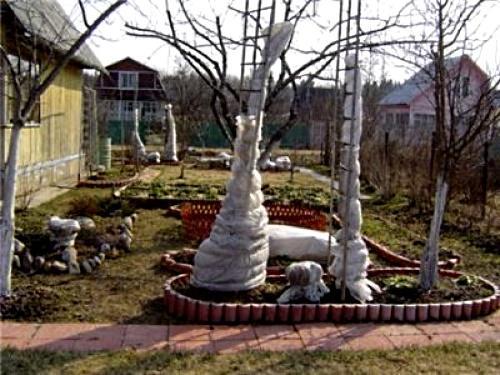 It is almost impossible to remove old thick branches from a trellis or arch without damaging them. In this case, you can proceed as follows:

Video about preparing tekoma for wintering