Tell me how to make brine for lard in a jar? We live in a village, since last year we have started a large subsidiary farm. Recently, a pig was slaughtered, some of the meat and lard were sold, but there is still a lot left. I filled two freezers with meat products, and decided to salt the lard. I made a little dry and I also want to try to cook it in brine. I just forgot the recipe, I did it for a long time. 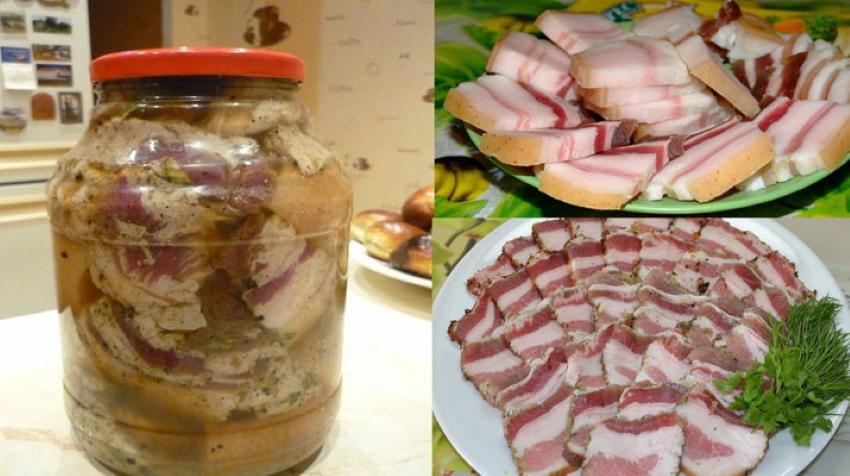 Experienced housewives know that it is the brine for lard in a jar that is the key to a tasty and aromatic product. It tastes better than just rubbing it with salt. By adding your favorite spices to the brine, you can give it a variety of savory flavors. In addition, aged lard in brine will absorb more spices..

Salt brine in a jar – the subtleties of cooking 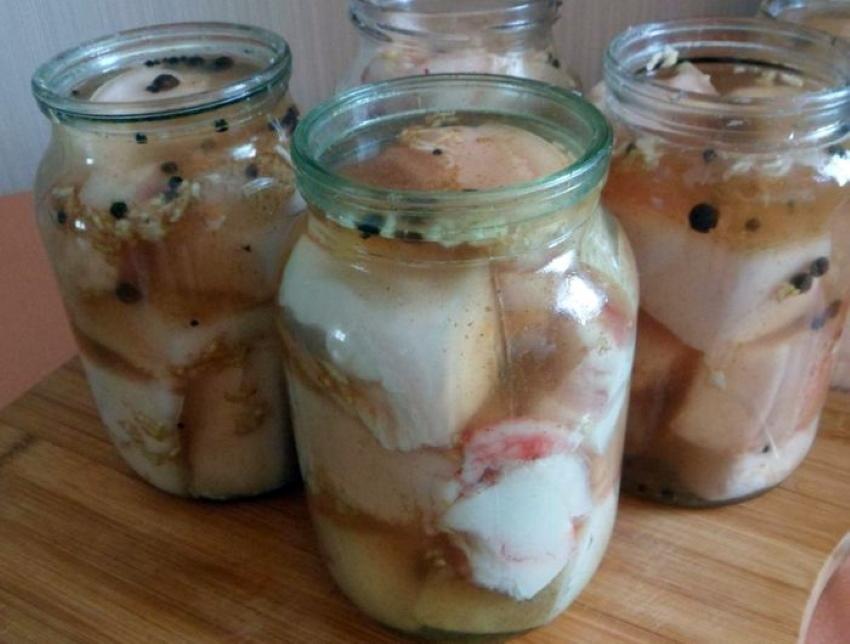 Actually, the brine itself is nothing special. It is based on ordinary water and salt. Warm up the water first, and only then add salt. So it’s better to dissolve. When it comes to spices, there is no strict recipe. You can add whatever you like, it certainly won’t be worse.

So, such spices combine well and give the lard an excellent aroma and taste:

Where to add spices? There are two options: you can grate or pour them lard just before placing it in the jar. Or add to the brine along with salt and bring it to a boil. In the latter case, the only exception is for garlic: put the chopped slices in a jar, between the pieces. Or add it to the brine at the end.

How much salt is needed for the brine 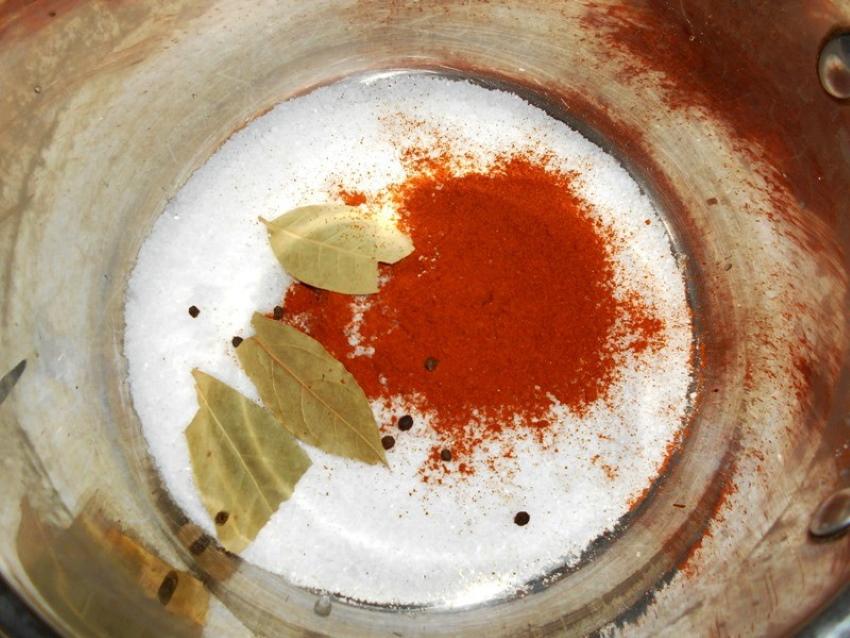 There is a saying that there is never a lot of salt for lard, and it “won’t take” more than it needs. In this case, we are talking about the dry method of salting: for each kilogram of lard, you will need 200 g of salt. But if you take more, it doesn’t matter, the fat won’t become saltier. You just scrape off excess salt from the finished product..

As for the brine, half of the recommended norm will be enough for it. That is, for 1 kg of lard, 100 g of salt. In some recipes, the norm is considered not by the weight of the fat, but by the volume of water. For 1 liter of liquid, put 5-6 tbsp. l. salt.

How to salt lard in a jar 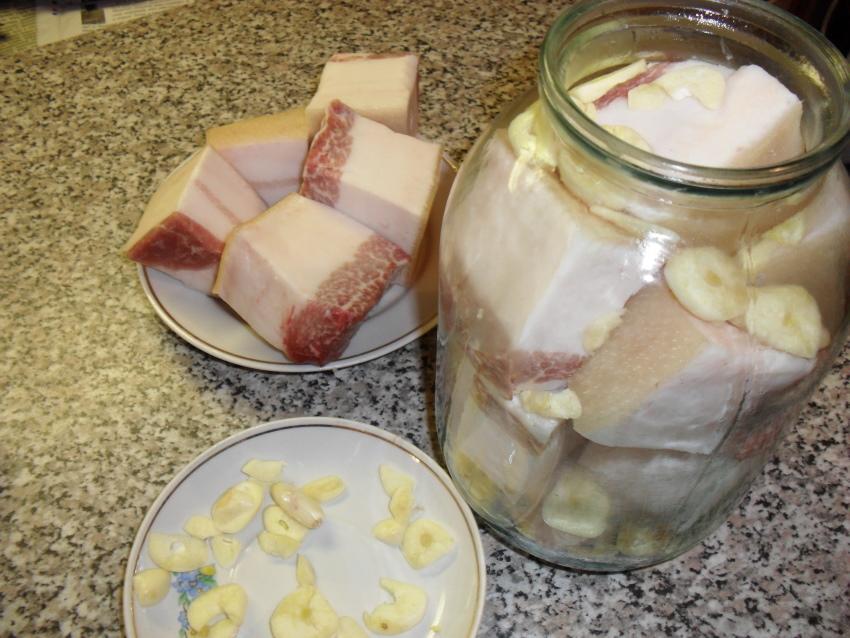 It is very easy to get a fragrant and tasty lard:

After 5-7 days, the bacon can be eaten, it will be completely salted. Store the jar in the refrigerator, pulling a piece straight out of the brine as needed. Or put the bacon in bags and freeze.

How to make tender lard in brine