Barberry or goji: how not to be mistaken when choosing berries

Tell me how to distinguish goji from barberry? I brought the berries home in full confidence that it was a Tibetan barberry, but then vague doubts took over – they were too much like ours, an ordinary berry. Exactly the same grows in our garden and it makes no sense to buy it, especially since I need goji. 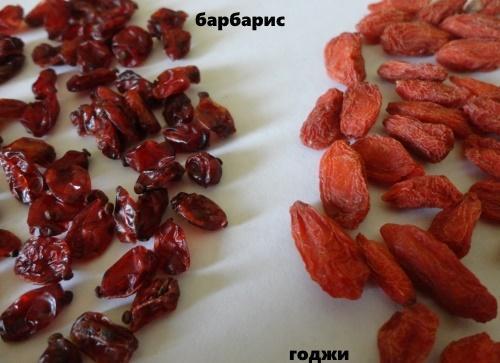 Despite the fact that goji is called Tibetan barberry, these are completely different berries and it would be wrong to equate them with common barberry. In addition, the cost of berries has a significant difference in favor of goji, and the question quite logically arises: why pay more??

At first glance, both berries are similar to each other, which is what the sellers use, not only deceiving the buyer and offering him the barberry widespread in the local climate as an exotic product, but also significantly emptying the wallet of the latter, winning in their favor.

How not to fall for the tricks of such masters and distinguish goji from barberry? This can be done on the following grounds: 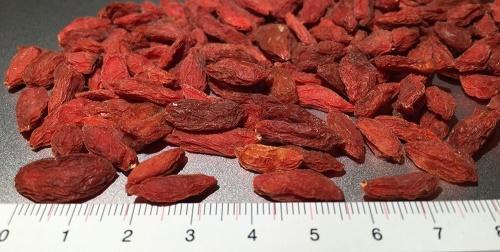 Goji and barberry acquire the maximum similarity after they are dried, but even then it is quite possible to recognize them. First of all, you should pay attention to the sizes:

In addition, after drying, the barberry acquires smooth rounded shapes, but the goji remain elongated, with sharp tips.. 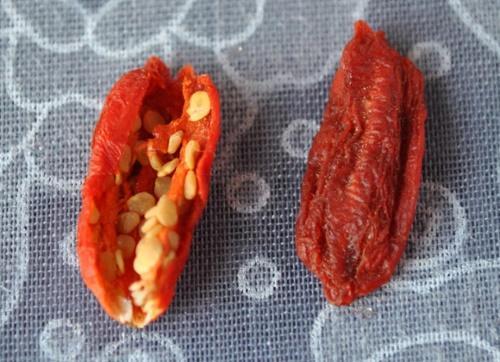 Both those and other berries have small yellow seeds inside, and the black barberry even has a long bone, thanks to which it definitely cannot be confused with goji.

However, barberry has few seeds, so the dried berries are so flat and even, as it were, a little transparent. But goji have a large number of seeds that help them maintain a completely dense, full, shape even after drying..

Both goji and barberry are sweet and sour, but the first berries are richer, with a rich, long-lasting aftertaste and a predominance of sweetness. Barberry has more pronounced sourness..

The increased interest in goji is quite justified, because in their useful properties they are far ahead of ordinary barberry..

Real goji berries are rarely found in local gardens, since not every climate suits them, and the plants are quite whimsical in care, unlike barberry, which can grow well both in natural conditions and under the control of a gardener. Goji are considered an imported product; they are often brought to us in packaged packages, where there are no Russian inscriptions. Therefore, if a package with the Russian name “goji” is encountered on the market, it is probably a fake and it is better to bypass such a seller..

Video about the characteristic differences between barberry and goji berries