We bought a pistachio seedling in the nursery. The seller said that a small bush would grow out of it, and I always thought it was a tree. Tell me how pistachios grow? How high do they reach and how wide is the crown? I have one free spot in my garden, but I don’t know if there’s enough space for them.. 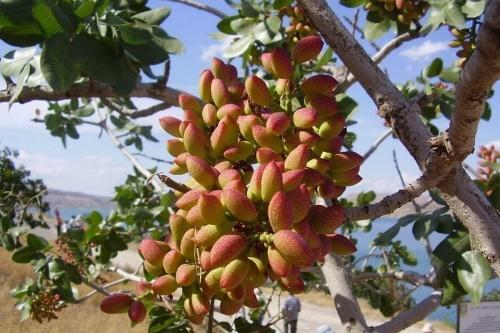 Green almonds – this is how the pistachio tree is often called. Delicious, oily and hearty greenish fruits compete with walnuts. True, they cannot completely replace it, since, unlike the nut, pistachios grow only under certain climatic conditions and many gardeners can only dream of this culture and be content with imported drupes bought in the store..

This is the correct name for the fruit of the pistachio tree, and the elongated nut is actually an edible bone or intracarp. However, the people “do not bother” with botanical subtleties and simply call pistachios nuts, like any fruit that has a shell and a kernel. 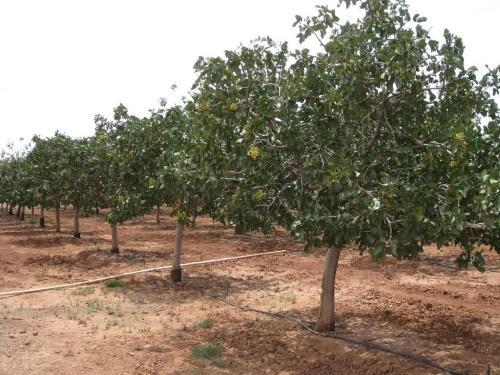 How pistachios grow depends on the growing climate. In nature, culture grows on stony soils where heat and moisture are in short supply. Such conditions left an imprint on the shape of the root system: in search of water, the roots go 15 m deep into the ground, and in several tiers, and on the sides they spread even more – up to 25 m wide. Naturally, there can be no talk of any neighborhood, pistachios are firmly displacing other crops, capturing space, and growing alone, while they cannot boast of a special density of thickets. 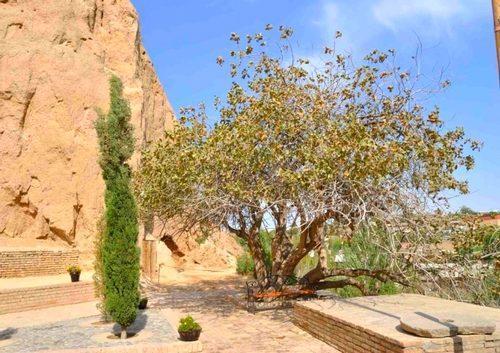 In desert climates with sparse rainfall, pistachio most often grows as a large bush, forming several trunks. It branches well, forming a lush crown with elongated, up to 20 cm, green leaves with traced light veins. If there is enough moisture, the pistachio goes into one trunk and grows in the form of a tree. Its height can reach 10 m, and the thickness of the trunk – up to 1.5 m, while the crown remains the same dense due to the active branching of shoots.

Pistachio is a long-liver; in a suitable climate and with proper care, it can live up to 1000 years.

In both the bush and the tree, the trunk is characterized by bending and leaning to the side. The bark on young twigs is painted in a beautiful red color, but with age it becomes gray. Pistachio blooms early, already in March, or in May, if the area is with a cooler climate, and begins to bear fruit in the second half of summer. It is a dioecious plant, requires the planting of seedlings of different sexes.

Interestingly, the culture tolerates not only drought well, but also a relative cold snap. Frosts up to 25 degrees are not afraid of her.

Where pistachios grow in Russia? 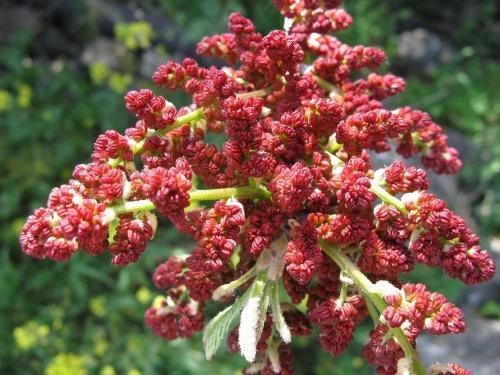 In our country, the culture can not be grown everywhere. In the cold northern latitudes, some desperate amateur gardeners plant pistachios in tubs in winter gardens, but as a pot culture they take up too much space and it is very difficult to provide their powerful root system with enough space..

But in the southern regions, in the Crimea, along the Black Sea coast of the Caucasus, pistachios are quite comfortable. I especially liked the variety there called real pistachio, which bears fruit successfully in our conditions.

Video on how to grow pistachios