Tell me how to cover a hydrangea for the winter in the Moscow region? We bought a house, there was a well-groomed garden and several front gardens. In one of them a tree-like hydrangea grew. When I saw its magnificent flowering, I just fell in love with this bush and acquired several more different varieties. All got accustomed, over the summer they gave a lot of twigs. Now our first winter is approaching, I do not know what it will be, but last year the frosts were kept below 20 °. How can I protect my darlings? 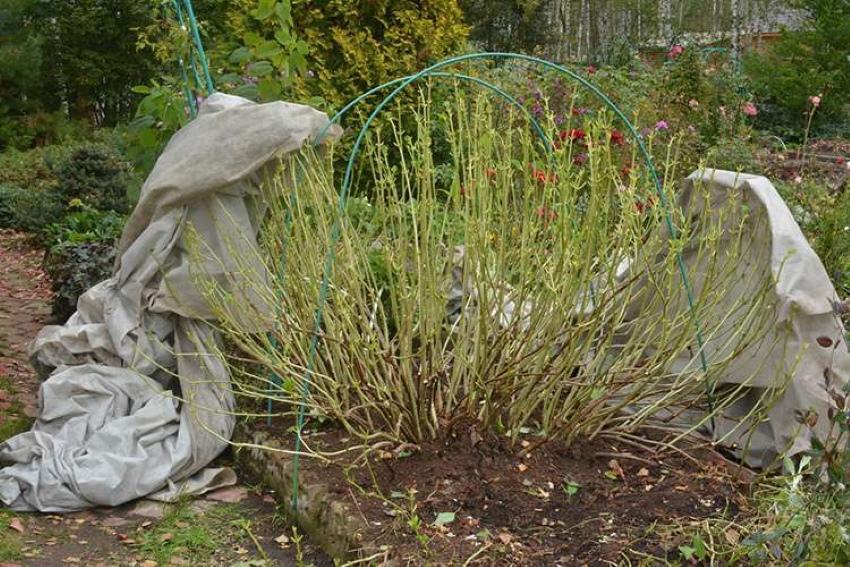 Having planted a hydrangea, we expect from it not so much a strong growth, so much gorgeous flowering. When inflorescences do not appear on the branches in the spring, in most cases this means that it is frozen slightly. This problem is especially relevant in cold regions, so it is important to know how to cover a hydrangea for the winter in the Moscow region. On the one hand, this is not yet the north to wrap up shrubs in “fur coats”, but it is no longer a warm southern climate. Competent, and most importantly, timely shelter of perennials will help keep not only the roots, but also flower buds from freezing. 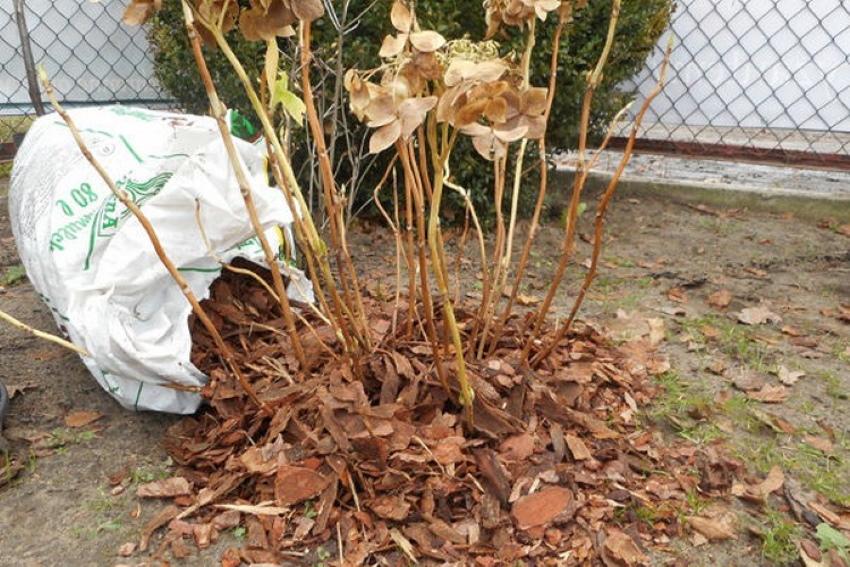 Before proceeding with the procedure, remember which species are growing in your garden. Perhaps they themselves will winter well just under the snow cover. For example, treelike and panicle hydrangeas are characterized by increased winter hardiness and do not need shelter. It will be enough just to mulch the trunk circle well. But cover oak-leaved, serrate and large-leaved species carefully. They do not tolerate low temperatures even under snow and lose their apical buds, and it is on them that buds appear.

However, in relation to first-year plants, it does not matter at all what species they belong to. Young bushes are still weak and should spend their first winter under cover. 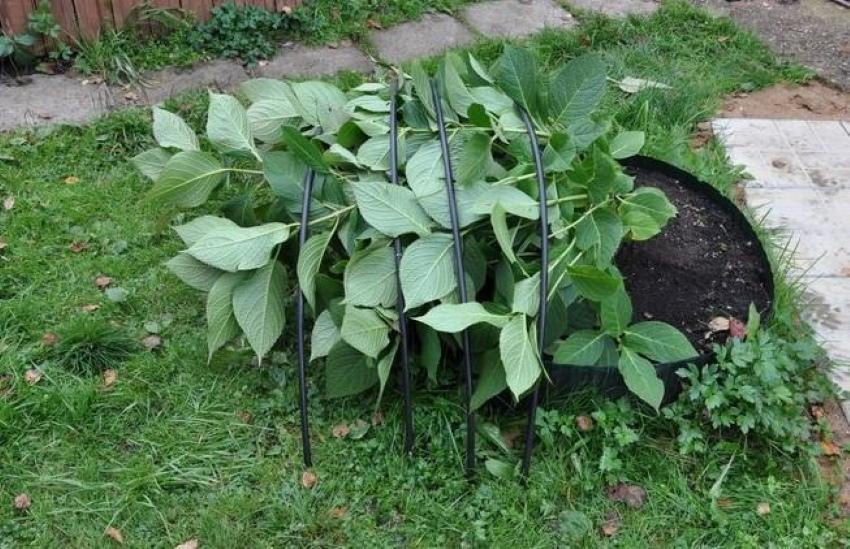 Hydrangea is not a grape for you, its delicate shoots are afraid of even the smallest frost. Even at minus 1 °, the leaves turn black and die, while lower values ​​kill the flower buds. Therefore, do not wait for the first frosts, but try to be in time before them.. 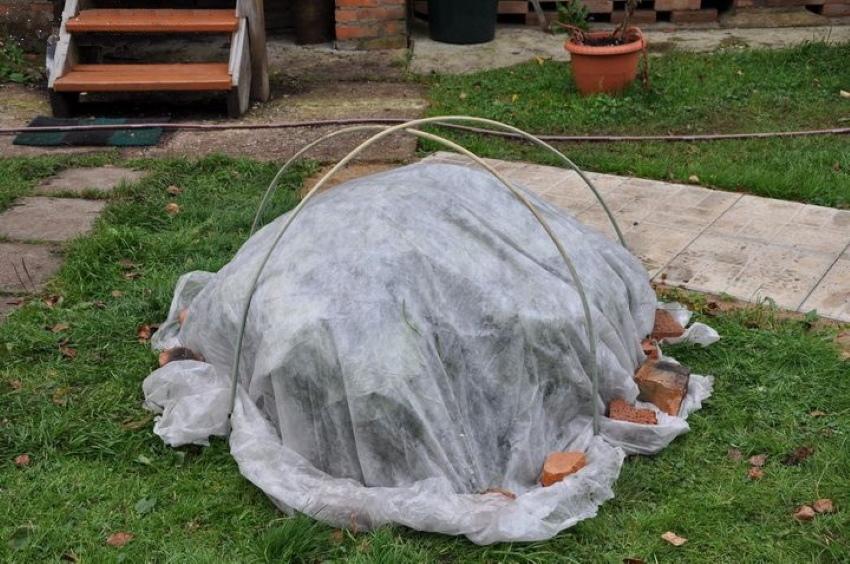 As already mentioned, the tree and paniculate varieties are easy enough to mulch well. Hide less hardy species under cover. Do not forget to cut off the faded inflorescences and leaves, except for the apical ones. You can cover low young bushes “standing”, adult overgrown bushes should be carefully laid on the ground, fixing the branches with staples.

You can cover the hydrangea in one of the following ways:

If you are using film, please note that it should be removed in early spring, otherwise the hydrangeas will mate. Open the non-woven fabric gradually for daytime ventilation..

We cover large-leaved hydrangea for the winter – video