What is the difference between Oxychom and Homa: we study and analyze fungicides

The fight against some fungal diseases is impossible without copper-containing preparations. Among them, it is worth highlighting Oksikhom and Hom – two of the most popular fungicides among gardeners and summer residents. What is the difference between Oxychoma and Homa and where are they used?

When are copper-containing fungicides used? 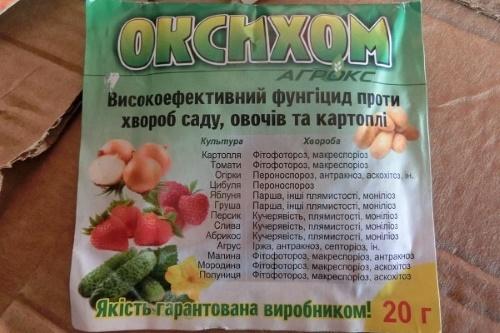 The best result is shown by the use of such drugs for the prevention and treatment of tomatoes, cucumbers, potatoes, grapes, apple trees and other fruit crops.. Fungicides will help protect plants and kill fungus if damaged:

Treatment should be carried out by spraying bushes or trees. The protective effect lasts about 2 weeks.

What is the difference between Oxychom and Homa 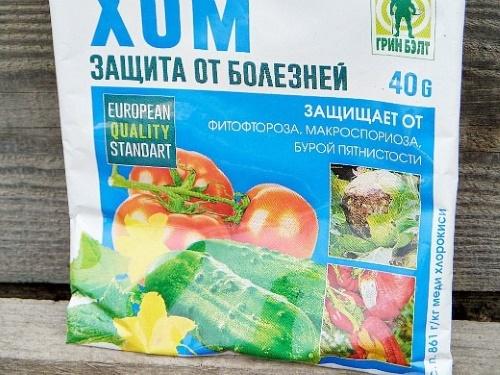 Both preparations contain copper oxychloride and are used to combat fungal diseases of plants. However, they are not the same thing, but two separate fungicides. They differ, first of all, in the composition and mode of action, namely:

Both fungicides are good in their own way, but the best effect is still obtained by treatment with Oxyhom. Homa’s protective film is valid only until the first rain, and it will be necessary to repeat the procedure after precipitation.

It is worth noting one more nuance: the possibility of compatibility with other drugs. In this case, Hom wins due to the simpler composition. It is easier to choose compatible products for it, excluding only those with which copper oxychloride reacts. Combining Oxyhom is much more difficult, because it is also necessary to take into account how oxadixil will react to other drugs.