What is the largest carnivorous plant in existence? I love carnivorous flowers very much and for several years I have been “feeding” a sundew at home. Growing it up is a very interesting procedure. Dewdrop, as for me, may well replace pets. This is not a flower, but already some kind of animal turns out, because the plant in the room is completely dependent on the owner. Unless, of course, flies do not live in your room all year round. I now feed my favorite predator, specially catching well-fed insects and spiders for her. It became interesting if she has a large-sized relative and what is it called. 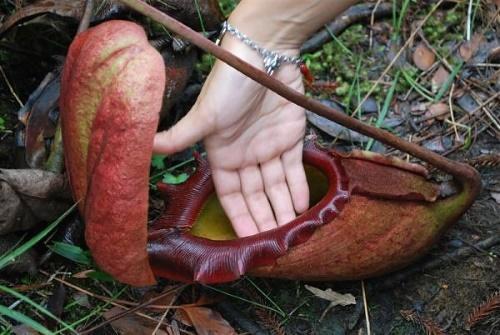 The fashion for collecting outlandish things has always been and will always be. Some collect commemorative coins or stamps, while others prefer exotic plants. We are not talking about tangerines or kiwis on the windowsills, but about real predators. They do not need fertilizers, and live insects serve as food for plant hunters. One of these predators is the sundew, which is often grown at home. But you are unlikely to find the largest carnivorous plant in greenhouses and houses. Nepentes Raja – this is the name of the carnivorous bush with the largest trap. What does it look like, where it grows and what it eats? 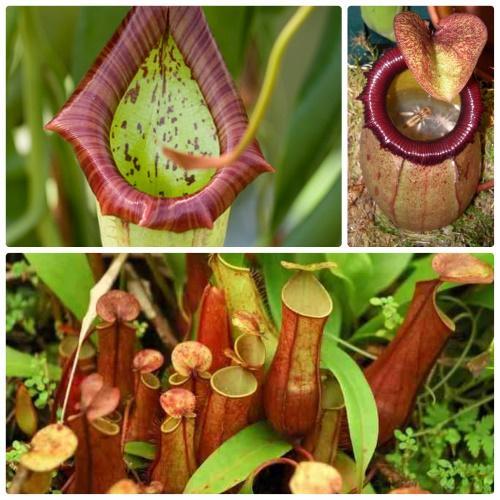 Nepentes are liana-like shrubs. They have up to 140 species, differing in their sizes and shapes. The bushes have a small root system, which mainly serves to fix young plants. But the shoots of the liana can reach a length of 15 m. They crawl along the ground, but only until they meet any suitable support. Leaves are densely located along the stem, at the tips of which there are antennae. Clinging with a tendril to a tree or other vertical surface, the vine begins to rise up. Having “grown” the leaf, the antennae lengthens and at its end begins to build up the trap.

At first it is small, but over time it takes on an elongated shape, resembling an open jug. The edges of the jug are turned outward. The end of the trap is a kind of cover in the form of a palm folded in a small house. The outer surface of the jug is waxy and slippery, the same color as green leaves. Inside, the trap is a deep burgundy red. It is filled with liquid, and the surface of the walls is covered with hairs.

The average height of the trap in most nepentes species does not exceed 10 cm. But the nepentes raja builds up a jug with a diameter of up to 16 cm and a height of up to 35. Not a single carnivorous plant possesses such traps, which makes the raja the largest of them.

How and what does nepentes raja eat?? 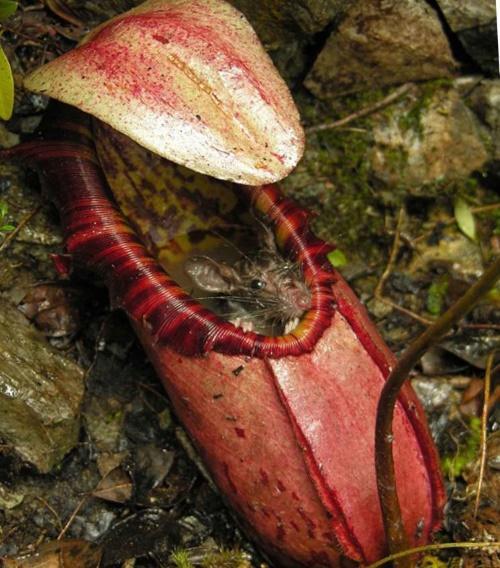 The edges of the water lily are covered with a kind of sticky nectar, the smell of which attracts prey. Insects or animals, sitting on the rim of the trap, slip and fall inward. They are prevented from getting out only by the slippery walls, but also by the hairs growing on them. Inside the jug there is up to 2.5 liters of liquid, in which the prey drowns. And the lower part contains digestive enzymes that digest insects. 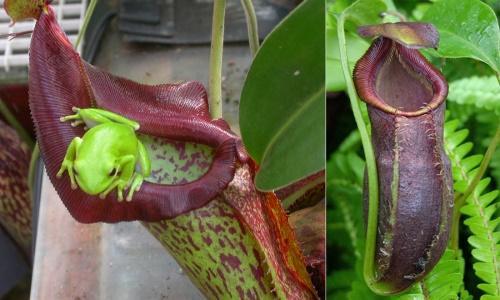 Due to the large size of the traps, the diet of nepentes rajas can include:

Where does nepentes raja grow? 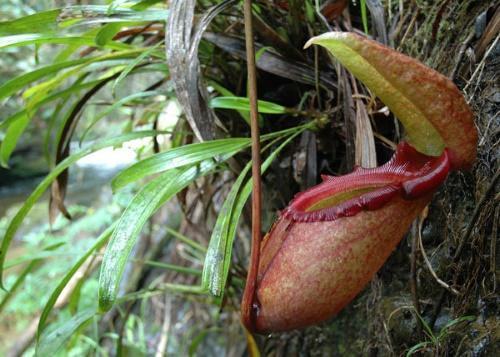 The climate of the humid jungle or highlands is perfect for the Nepenthes. Madagascar, the southeastern territories of Australia and Asia – this is where these predators grow. But nepentes raja can be found only on the island of Borneo, where it grows on Mount Kinabalu. The plant belongs to endangered species and is protected by international conventions.

Video about the most unusual carnivorous plants