Please tell us what are lily tulips? I bought several bulbs on the market, the seller promised that they would bloom very beautifully. It is interesting to know exactly how and when the buds bloom. These are early or late tulips? 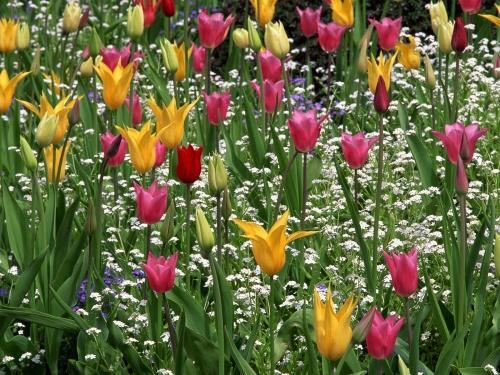 There are many tulips: red, white, yellow, orange and even purple. Spring messengers can be simple or chic terry, but lily-colored tulips are considered the most beautiful. Their sophisticated shapes and unusual buds turn plants into true aristocrats among related species. Graceful flowers – glasses on high legs stand out against the background of ordinary rounded tulips. What is their charm?

Lily-colored tulips are a separate (6) class of the third, late-flowering, group, which includes plants with a characteristic bowl structure. This species is relatively young, fully formed only in the middle of the twentieth century, and the smallest and whimsical. 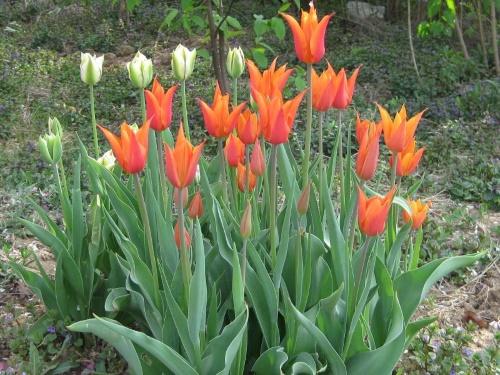 The deciduous rosette is almost indistinguishable from the “ordinary tulip” one: 1 or 2 pairs of elongated leaves form a rosette from which the peduncle emerges. But the stems themselves are quite high and can reach 60 cm. In most varieties, the leaves grow on the peduncle, but smaller. Such sizes make it possible to use flowers for cutting, especially since they have an interesting shape. The flower itself consists of narrow petals, which are further tapering at the tips and at the same time bending outward. It turns out a kind of flower glasses with wavy petals, as it were. A similar form of inflorescences in lilies, which gave the name to the class. The color of tulips can be very diverse, there are even pink and two-tone varieties. Natural species are usually small tulips. Luxurious large tulips, of which the bouquet arrangements are made, are exclusively hybrids..

Plants are late flowering, although they bloom even later, from the second decade of May. Flowering can be accelerated by forcing, for which most lily-colored varieties are suitable..

In flower beds, in mass cultivation, such crops are not often found. They have low disease resistance and often die out after breeding attempts..

Despite the fact that the 6th grade is the “poorest” in the variety of varieties, there are already gardeners’ favorites among them. Their elegant shapes and bright colors attract attention, despite some whimsical cultivation.. So, such varieties of lily-colored tulips bloom very beautifully: