What is vegetable physalis, growing and care, can you show a photo of the fruit? It differs from berry physalis and how? The latter grows with my neighbors, very beautiful and, it turns out, delicious. A neighbor treated me to jam from it, I didn’t even understand what it was made of. I wanted to grow myself, bought seeds, planted, and only then I saw on the package that it was a vegetable species. He needs some special care? 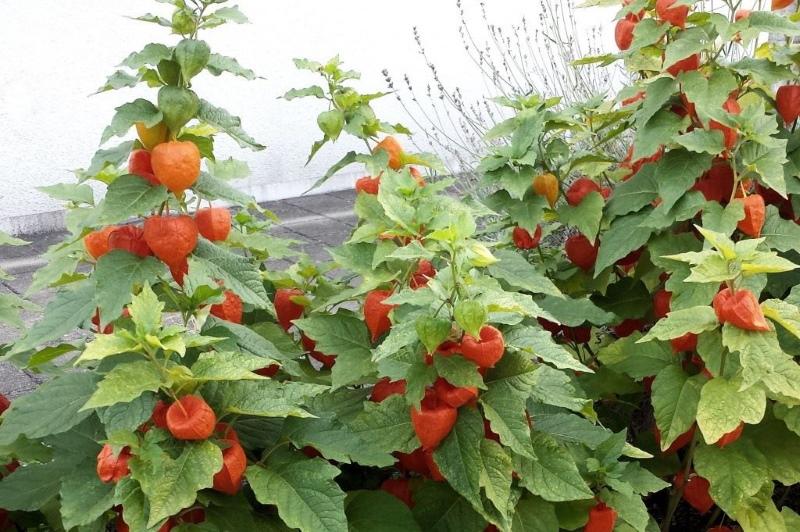 It is called the Peruvian cherry and Mexican tomato, but if nothing connects plants with cherries, then tomatoes are the closest relatives. Both they and physalis belong to the nightshade family, although this culture is not often found in our area. And it is completely in vain, because vegetable physalis, cultivation and care (the photo will be in the article) for which they are similar to nightshade crops is a very tasty and original vegetable. Most often it is used for processing: it is pickled, salted, first and second courses and even desserts are prepared. Although fresh fruits are very tasty, sweet and sour. The cultivation of this culture is also facilitated by its excellent characteristics. Physalis, unlike many nightshades, is rarely more late blight. It is more drought tolerant and can tolerate even light frosts..

There are two types of physalis and only one of them, ornamental, is a perennial. The second variety, food physalis, is most often represented by annual plants – vegetable and strawberry physalis. They differ in size and berry flavor. The first has larger fruits, but with sourness, the second has small and sweet. 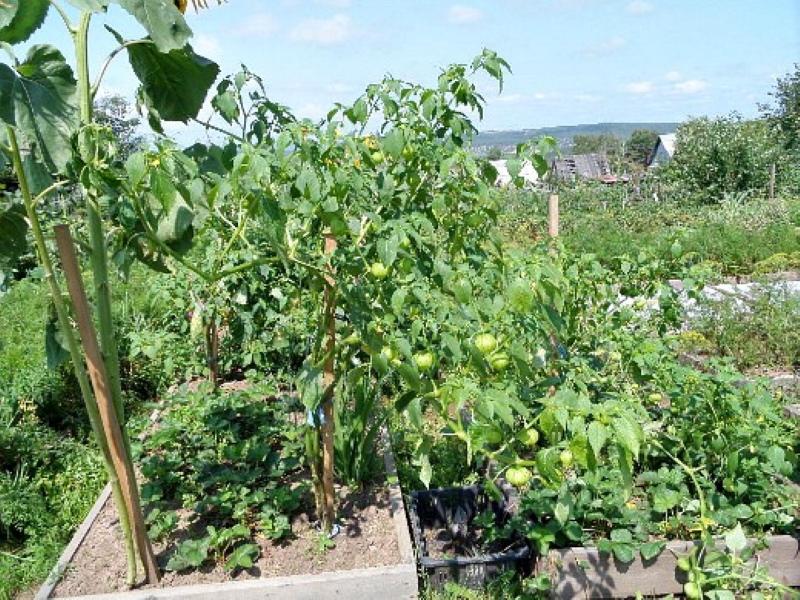 Depending on the type, the bush can be either tall, up to 1 m, or almost dwarf. Its fruits are similar to tomatoes with small seeds inside, only they are covered with a sheath, which turns into an overgrown cup. It is she who protects the crop from low temperatures, fungi and pests, and also extends its shelf life. The color of the fruit can be different: red, yellow and even purple.. 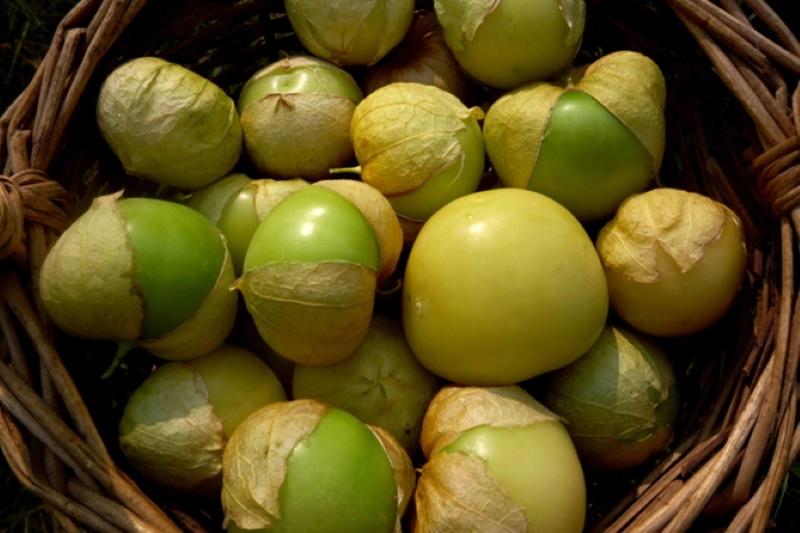 Physalis vegetable grows well in the open field, moreover, it is not demanding. Any soil is suitable for the plant, except acidic.

There are two ways to plant a crop:

The seedling method gives one significant advantage – it accelerates fruiting by a couple of weeks. In addition, such plants turn out to be more robust. It is advisable to sow each seed at once in a separate container. Then, when transplanting, there is less risk of damaging the root system..

How to care for physalis in the beds 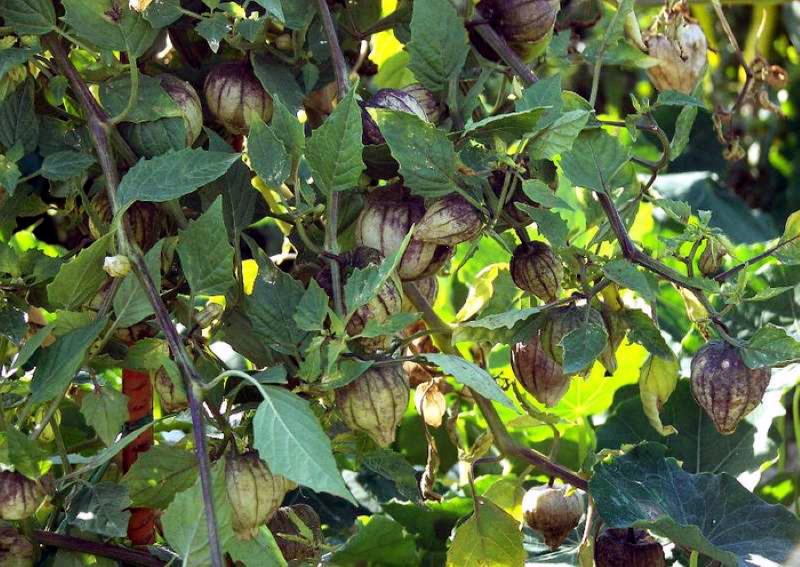 Caring for growing plants is similar to growing tomatoes. But there is one positive factor – physalis almost never gets sick, especially diseases typical for nightshades. And also, unlike a tomato, it does not need to be pinned.

Otherwise, the events are no different:

Tall varieties must be tied up so that the shoots do not break. A simple pinching of the top in the month of September will help speed up ripening..

How to grow vegetable physalis