Tell us if the cultivation of garden hibiscus has any special requirements. In the spring I bought a fairly mature seedling, even a whole tree with many branches. I thought that it would not take root, because almost until the beginning of summer I stood without signs of life, there were not even leaves. But it gradually departed and now, in August, already covered in leaves, but it has not bloomed yet. Maybe it was necessary to fertilize, and how he will survive the winter? 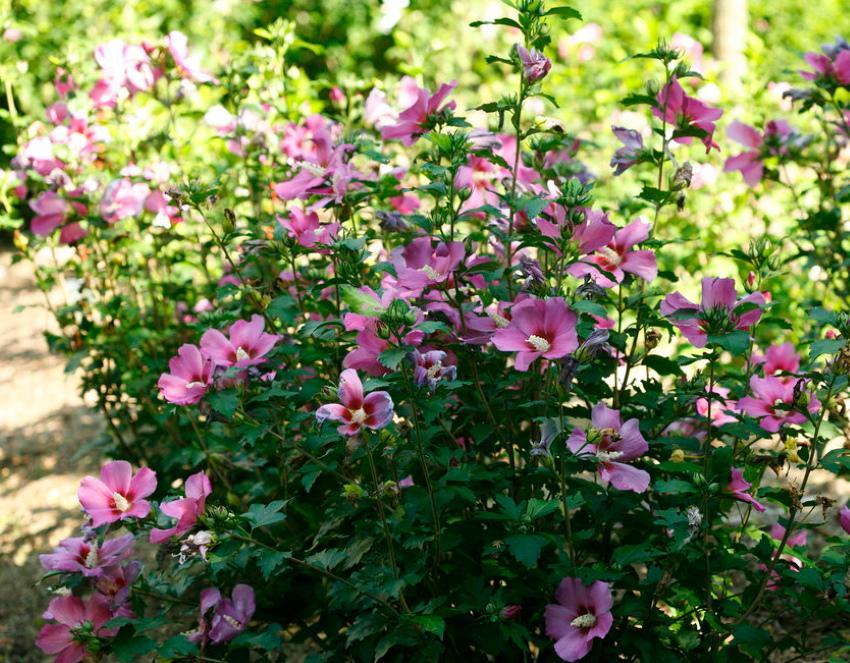 Did you know that mallow can grow as a bush or even a tree? Only in this case it is already a separate culture, known as hibiscus from the mallow family. Growing a garden hibiscus is not much more difficult than its indoor sibling. There are some features, but even gardening enthusiasts can handle them. The main thing is to know what species grows on your site..

Types of hibiscus for planting in the open field

Most hibiscus naturally live in warm tropical climates. Taking into account the Russian winters, they can only survive as indoor plants, for example, like a Chinese rose. But thanks to the work of breeders, several hybrid varieties with increased frost resistance have been bred. They have been successfully used for a long time for landscaping city parks or in private plots..

Among the species that can be planted in the garden, hibiscus have taken root well in temperate climates:

All varieties are often referred to simply as garden hibiscus, and the most popular among them is the Syrian hibiscus..

Growing garden hibiscus – the main nuances of caring for a tree 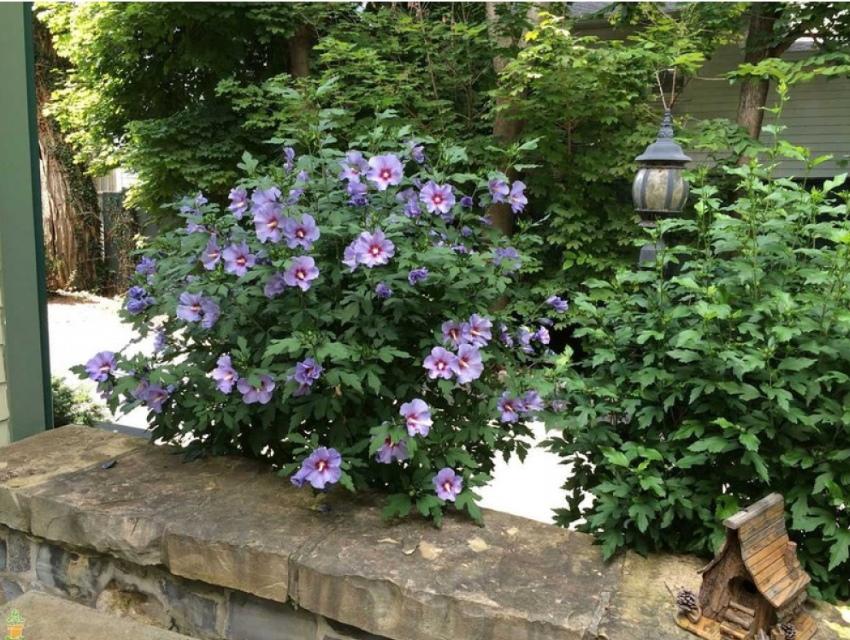 Regardless of the species, the crop prefers a well-lit area and fertile soil. But the plant will not forgive excess moisture and may even die. Hibiscus also does not like drafts, which should be taken into account when choosing a planting site. It is better to plant in spring, so that the bush has time to get stronger by winter.

Plant care consists in watering after the soil dries out and feeding. In summer, fertilizers containing nitrogen and phosphorus should be applied (twice a month). With the onset of autumn, you should switch to potash fertilizing in order to prepare the bush for wintering.

If you have herbaceous hibiscus, then they do not need shaping pruning. It is enough just to cut off the faded inflorescences, and cut off the shoots that have died out for the winter. Treelike varieties, including the Syrian, are recommended to be cut in the spring, shortening the branches by 1/3. First of all, it is necessary to increase the number of flower buds that are laid on young growth. In addition, the tree can be given any shape, and it is also worth cutting out the root shoots..

As for wintering, in the southern regions hibiscus can survive it without shelter. In the middle lane, only some varieties will survive in this form, while the rest are recommended to be covered.