Please tell us about the peculiarities of growing cinnabar clivia. When buying this flower, the seller immediately warned me that she is a little capricious. But the admiration for the amazing inflorescences was so great that I could not resist. I bought it, brought it home and now I sit and think how to please her. I would like not only to look at the flowers every year, but also to breed them. What does she like? 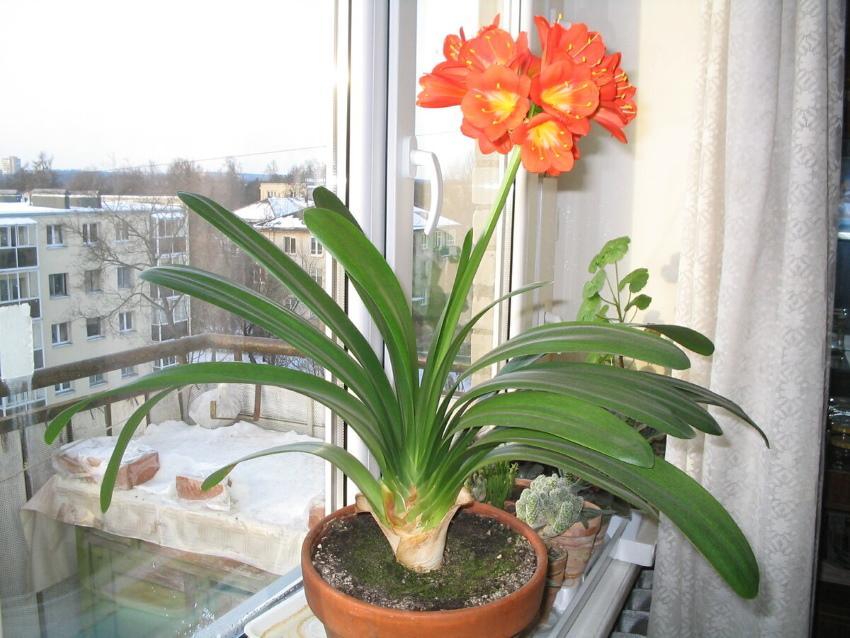 Indoor plants are beautiful already because they turn green all year round, but those that bloom in winter are especially amazing. For example, the beautiful clivia will not only delight you with winter flowering, but can also repeat it in the fall. However, in order for it to really show itself in all its glory, it is important to study the peculiarities of growing cinnabar clivia. It is this variety that is most often found on window sills. In general, it grows only at home, but in nature it is extremely rare to see culture..

What is a flower 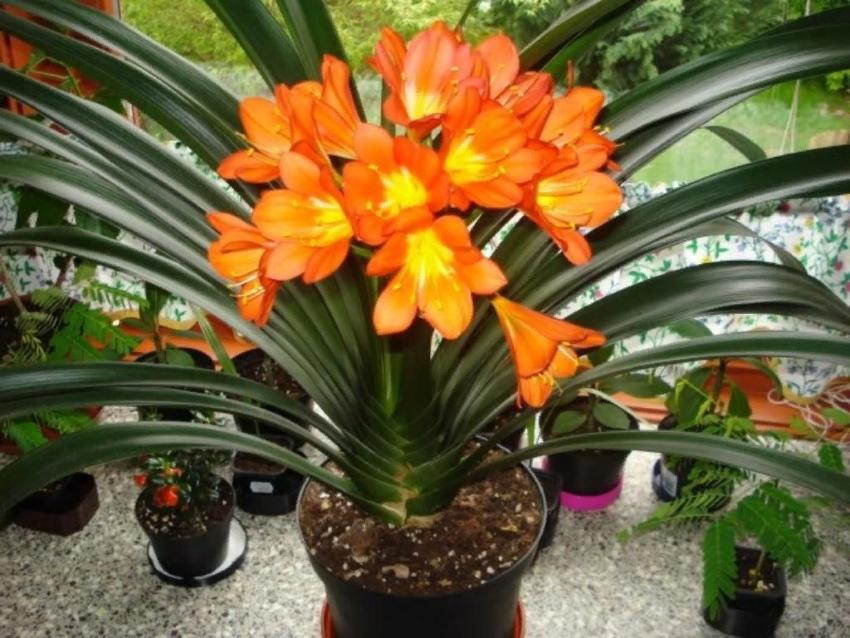 A member of the amaryllis family, clivia is decorative even before flowering. An evergreen plant looks like a bush with long leaves but lacks a stem. Long curved leaves grow tightly to each other, leaning back in opposite directions and forming a false stem. The leaf blade can reach a length of 70 cm with a maximum width of 8 cm, and is colored dark green. Surprisingly, such a massive rosette is fed by a small short rhizome with thick roots.

In February or early March, a tall (more than 30 cm) and ribbed peduncle appears from the center of the rosette. It can have more than 25 flowers, collected in an umbrella, bright orange in color. At the base, they are lighter, with a transition from yellow to white. With good care, you can see re-flowering in September – November..

To obtain seeds, flowers are artificially pollinated during the period of their mass blooming.. 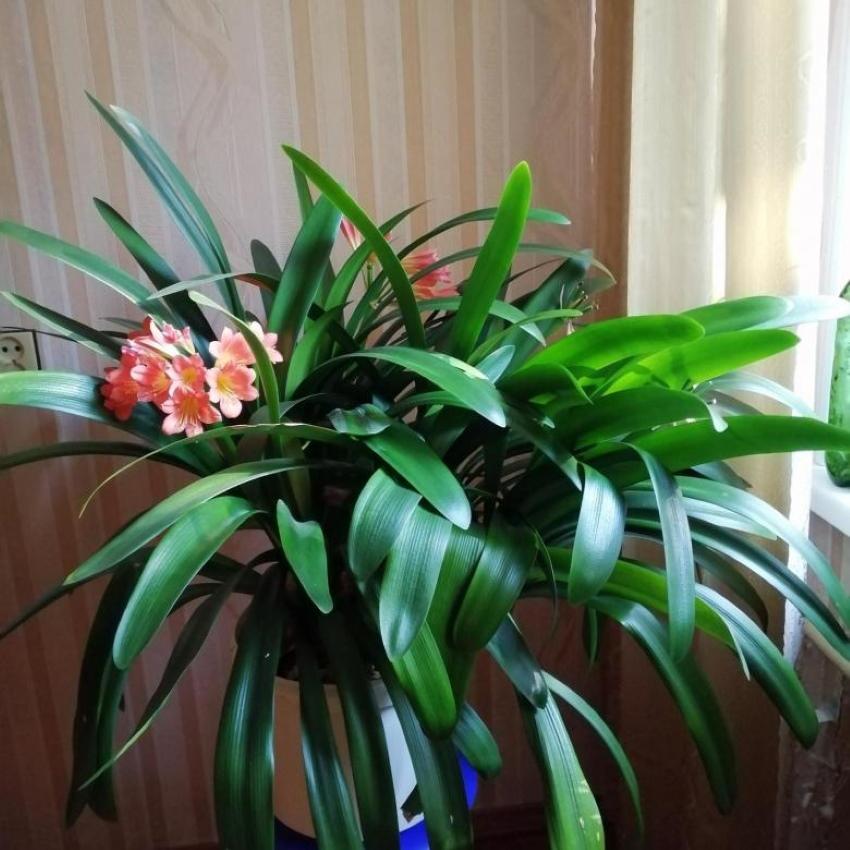 Native to South Africa, however, the plant does not tolerate heat in the house. Even in summer, it is desirable that the temperature in the room does not rise above 25 ° C. When the flower arrow appears, you should completely lower it to 20 °. But the most important thing is that from October to December, the clivia should rest at temperatures no higher than 14 ° C. Without this, it will not bloom, or flowering will become a rare and not so colorful phenomenon..

Lighting also plays an important role: it should be bright, but without direct rays. East and west are the most optimal places for a flower, but the north and south window should be abandoned.

Clivia care depending on the growing season 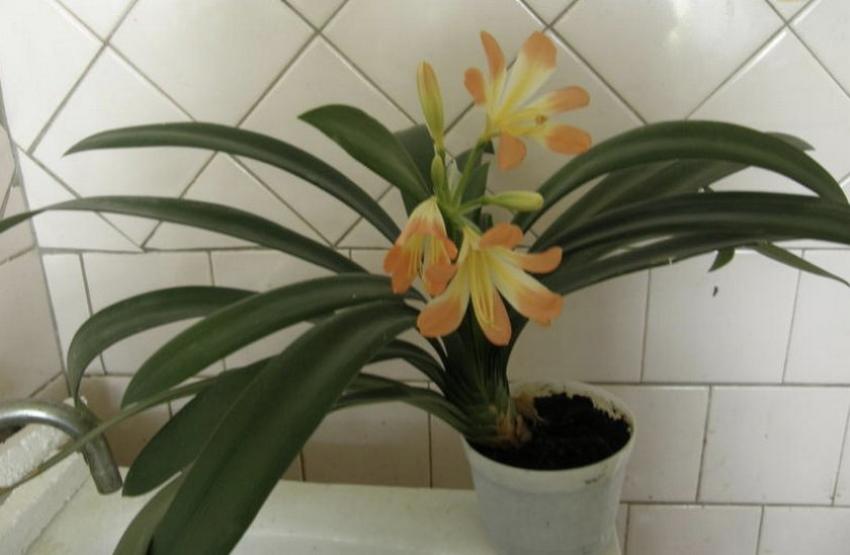 All care measures should be adjusted, taking into account the phase of flower development and the season:

When clivia is in bloom, it is important not to rearrange the pot, and if necessary, keep the plant in its original position. After the arrow dries, you can cut it off. Regarding the transplant, the clivia does not like this procedure very much. Given that it must be grown in a small pot, young bushes need to be transplanted annually. But adult specimens are enough to transplant once every 3 years..