How the Decembrist reproduces: all possible ways

Tell us how the Decembrist reproduces? I was presented with a wonderful bush with huge purple flowers and my friends just tortured me. Everyone wants such plants for themselves, and I don’t mind sharing, but I don’t know how. From my terry royal pelargonium, I simply broke off a young twig, and then they were gone.

Probably, there is no such person who will remain indifferent when he sees a blooming mini-garden on the windowsill in a frosty winter. It is so unexpected and pleasant to see bright colors at a time when most indoor flowers are dormant. If you have a Decembrist growing up, you probably already understood that we are talking about this amazing cactus. Many people dream of having this unpretentious plant, but not everyone knows how the Decembrist reproduces. As such, he does not have a trunk and branches, so the reason for the bewilderment of novice florists is quite understandable. However, despite this, in principle, it is not difficult to breed zygocactus, as it is also called. There are several ways to reproduce a flower. Some of them can only be done by experienced and knowledgeable craftsmen. Others can even master the flower business..

So, you can multiply the Decembrist at home in three ways:

Now let’s figure out which of these methods is the simplest.

How to properly graft a Decembrist? 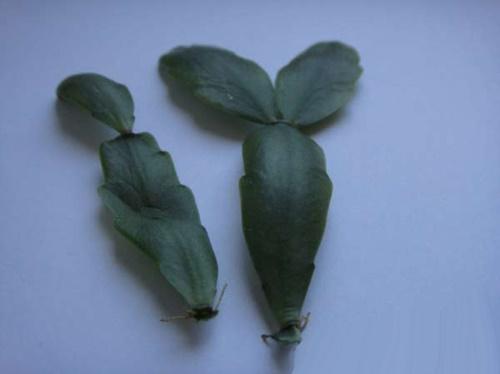 This is the easiest way to propagate a forest cactus and is the one most commonly used. Cuttings of the Decembrist take root quickly, besides, the new plant retains all the characteristics of the parent, without changing color.

It is noteworthy that you can graft at any time of the year, but the best one is still to wait until the Decembrist fades.

Leaf plates consisting of several segments act as cuttings. They must be elastic, and you cannot cut them off – just unscrew them. It is advisable to take at least 3 cuttings in order to subsequently plant them in one pot. So the young bush will quickly become lush. Unscrewed cuttings must be dried, and then rooted in a small pot with a special substrate for cacti. You can put it in water, but there is a great chance of decay. When new segments begin to grow, the rooted Decembrist can be transplanted into a permanent flowerpot..

The nuances of reproduction of the Decembrist by grafting 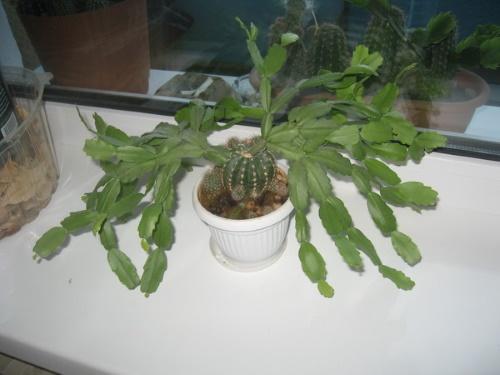 A very interesting method available for home use if you have prickly pears or pereskias. They are used as a rootstock..

The process itself is as follows:

Reproduction by grafting will allow the Decembrist to “acquire” a trunk that he does not have. Thanks to this, cactus shoots hanging from a height look much more beautiful..

How the Decembrist reproduces by seeds? 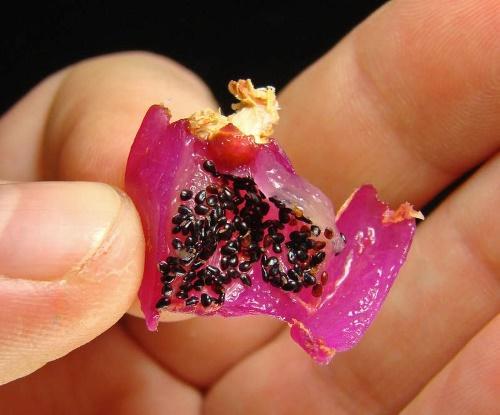 At home, this method is rarely used, since the main difficulty is obtaining planting material. For pollination to occur and seeds to form, you need to have in your collection at least two types of zygocactus with different colors. In addition, they should bloom at the same time. If everything matches up with you, this is a great opportunity to feel like a breeder and breed a new species.. 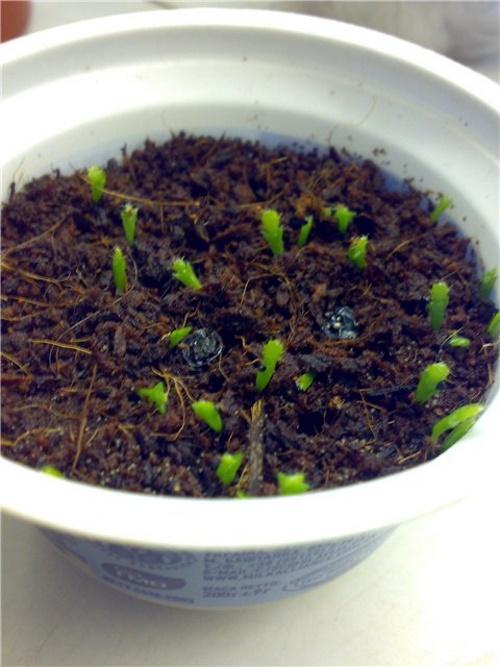 It takes a long time to wait until the seeds ripen, at least 6 months. And they are contained in an oblong box, resembling a rosehip fruit, inside the pulp.

The seeds of the Decembrist are sown directly on the surface of light soil, after washing them in a solution of potassium permanganate. It is not necessary to cover it with earth and cover it with foil – the crops will germinate anyway. In the first year of life, the plant should be dived every 3 months. It is enough to transplant one-year-old cacti twice a year..

Video about the reproduction of the Decembrist by cuttings and grafting